A horse of a different color

Ever notice how various towns "adopt" an animal to represent it?  Traveling from town to town, we've seen a whole variety of these adopted animals, painted in all sorts of different motifs.  I'm not sure who was the first to come up with the idea of "painting an animal for  special purposes", but it's sure popular!  Typically, a company, organization or even the local military base will sponsor these, paying the artist or contributing to a fund-raiser.

It's been fun to see the various animals that the towns come up with.  Horses seem to be the most common, with bison falling closely behind.   Some of the towns just have the animals in basic color (copper, or just painted black & white).  Some of the towns, tho, really go all out - or perhaps some towns just have better artists involved.   A few towns adopt a "symbol" of something to represent them, like the caskets of New Orleans.

When a town goes "all out", I love seeking out the statues, and taking pictures of course.  We are currently in Ogden Utah, and I can say that this town had the most participation than any I've seen thus far.  They chose the "horse" as their symbol and have 80 of them in their downtown area.  They are up and down all the streets, some with their heads down, some (most) standing, looking forward and few reared up on their back legs.  All beautifully done, all very different from each other.  Quite a show.  Theirs were done to celebrate the town's 75th anniversary of Ogden's Pioneer Days.

Here are some pictures of Ogden's horses, along with a sample of some of the other "special art" we've found... 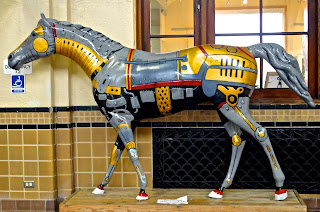 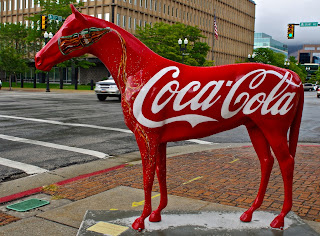 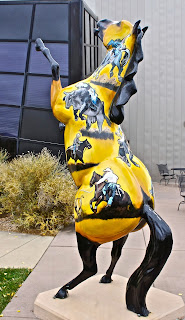 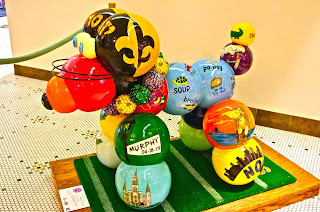 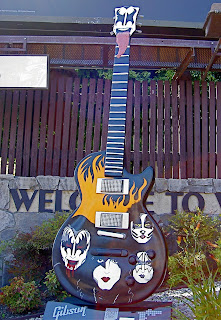 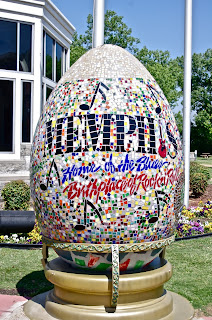 I'm sure there are a lot more out there...I'll just keep on looking!

...on the road in Utah,  Marie
Posted by Marie 4 comments:

Some call it "Art"...I call it "Roadside Entertainment"!

One of my favorite things to do, and take pictures of, is "public art".  To me, anything someone has created, painted, or set out for people to see, is public art.  I love the creativity, the imagination and most of the time, the humor of it!  Most of the time we stumble upon it, either driving by or as we are walking around a new town.  I did find an app that tells you about some of the fun/funny things to see in or near a town.  We've used this a few times and haven't been disappointed.

I haven't shared much with you yet this year, so thought I would pull some out and give you a smile for the day!

These are the "biggest" or "bigger than life" examples: 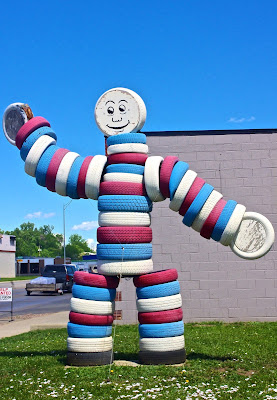 Then you have "advertisements" that like to really get your attention...
Native artwork along Main St, Trinidad CO 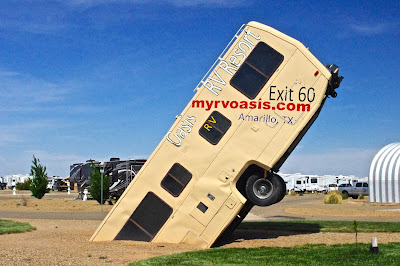 Here are some unique "welcome" art...
And my favorites...the ones that you really stop and go "oh my gosh, look at that", that just seem to be there for our enjoyment... 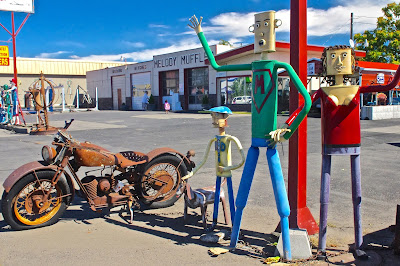 And I thank them one and all for making my/our day a wee bit more enjoyable!

...on the road in Idaho,  Marie
Posted by Marie No comments:

While staying in Soap Lake WA for the week, we looked around to see "what there was to do" and saw that there were a couple of day trips that looked like it would be fun to explore.

The first was town of Leavenworth.  A quaint Bavarian town that is "all decked out" for the tourists!  If you've ever visited Solvang in CA, it's very much like that.  It's loaded with wonderful shops filled with everything from apple strudel to  xylophones!  Of course there are many great restaurants to choose from as well - giving you a choice to sample traditional Bavarian food, or good ole American!  We chose French, and had a terrific meal.  I have to admit, I was more in awe of the beautiful paintings around all the windows, doors and walls.  Some with lavish murals, and plenty of fresh blooming flowers everywhere!  We managed to escape with only postcards as our purchases, quite an accomplishment I'd say!

Our next "day out" was to the town of Grand Coulee to see the Grand Coulee Dam, one that Jack had been looking forward to all along our East Washington adventure.  As I've shared before, I'm only marginally interested in the details of these types of places, but Jack, being the "guy and liking guy stuff", loves them!  I went expecting to spend a lot of the time wandering around taking pictures and people watching while he soaked in all the intricacies of "how this Dam works".

It didn't work out that way.  We first stopped at their Visitor Center where they have quite an elaborate set of displays as well as some pretty good (short) films to watch & learn the why, how & when "it" all took place.  They even had a free coloring book for kids that I picked up for my grand kids...and get this, no gift shop!   From there we got directions to a local restaurant for lunch and then to the tour loading area.

The tours are about 50 minutes long and begin at a parking lot on the other side of the Columbia River from the Visitor Center.  There, they welcome you and have you go through a metal detector and, of course, no backpacks, purses, weapons, etc.  Security guards are everywhere...watching.  Once through that, we were seated into their vans (they use buses in their high season) and off we went to the Dam!  First stop was the Pump-Generating Plant where Chris (our guide) explained "how it all works".  Because the Dam was created for the purpose of harnessing the Columbia River for use as a way to get water to the surrounding lands for farming, they only use about 1/8th it's capacity.  Even still, the power from the dam fuels the growing industries of the Northwest US.   The decision to construct an additional facility (3rd power plant) was influenced by growing energy demand, regulated river flows stipulated in the Columbia River Treaty with Canada and competition with the Soviet Union.  All in all, it's quite a structure.  From there we reboarded our vans and they drove us up to the top of the Dam.  This is something new, as they haven't done that in the past (since 9/11).  We were allowed to get out and take pictures, ask questions and enjoy the view!  It towers over 550 ft from bedrock (as high as the Washington Monument) and is 500 ft wide at the base.  Big.

They have an evening laser show using the side of the Dam as the screen.  It wasn't until 8:30pm and we were through touring the Dam, the "Sand pile" (all the sand & rock they dug out to build the Dam - quite a site in itself) and the local towns by 4:30pm and didn't really want to just hang around for 4 more hours, so skipped it, but it sounded cool.

Learning all this made the drive back to camp more meaningful as we looked out at the two lakes created by the Dam - Roosevelt and Banks, both beautiful.  Just even looking closely to the walls of the canyon were fascinating as they changed as you went around bends in the road.  Our last little stop was at Gehrke's Windmill Garden.  A whimsical display of homemade  whirligigs that one man created for his yard.  When he passed on, some of the town folks moved them all into a fenced off area next to a small park.

Great way to end the day, with a chuckle and a smile on our faces as we drove into the fading sun. 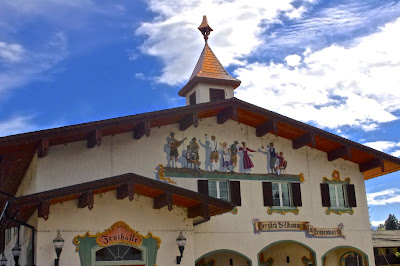 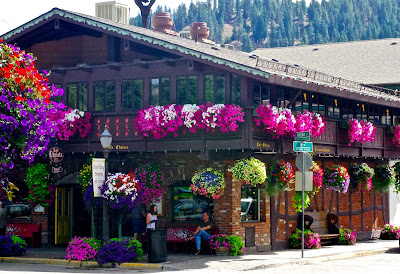 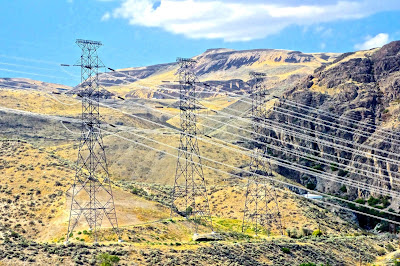 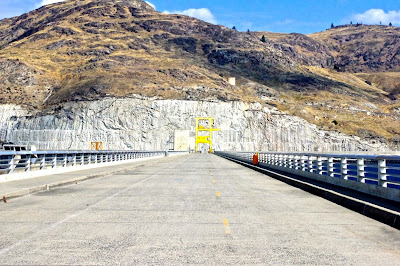 ...kicking back in Washington,  Marie
Posted by Marie 1 comment: