Stories from the Klamath Indian tradition tell of the many battles here between Spirit chiefs Llao (of the below-world) and Skell (of the above-world):


In one visit to the above-world, Llao fell in love with the chief's daughter.  He promised her eternal life if she would live with him below the mountain.  She refused, and in anger Llao threatened to destroy her people, rushing up through the opening of his mountain and hurling fire down upon them.  Skell took pity on the people and stood on Mount Shasta to defend them.  They waged battle, hurling red hot rocks as large as hills, making the earth tremble, causing fiery landslides.  The people fled to the waters of Klamath Lake.  Two holy men offered to sacrifice themselves by jumping into the pit of fire on top of Llao's mountain.  Moved by their bravery, Skell drove Llao back underground.  When the sun rose, the mountain was gone.  It had fallen in on Llao, leaving a large hole.  Rains came, filling it with water.  The lake became known as Giiwaas (a most sacred place).

Crater Lake is a sacred place, not only for young men (still) seeking spiritual guidance for their future, but for many of us as we visit this beautiful, serene place. 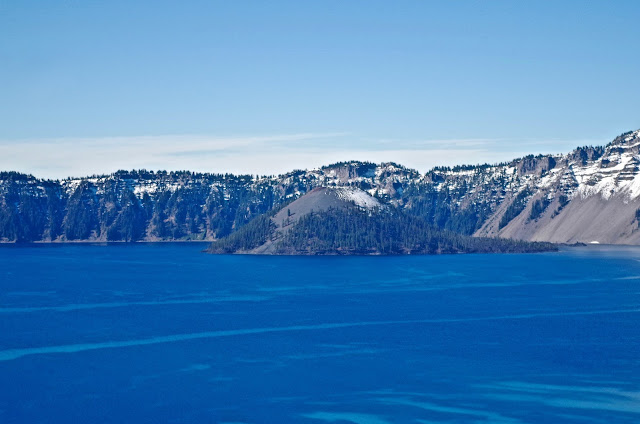 Jack and I had a rare opportunity to be in this part of Oregon on a wonderful clear, sunny October day so that we could spend the time to visit this absolutely gorgeous national park.  They were repaving part of the west rim, so we couldn't make the full circle, but we didn't miss much because of it.  Being in early October, the crowds were minimal, which made it extra nice as well. 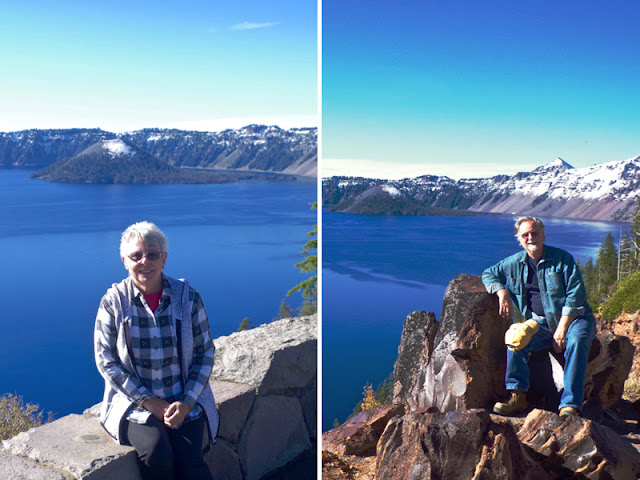 With the sun out, I was really caught off guard when we first came across the snow covered hills.  It just hadn't occurred to me that even though we were over 5,000' high, we would encounter snow so early in the year.  We soon found out (from the ranger) that they actually have snow in certain areas there year around! 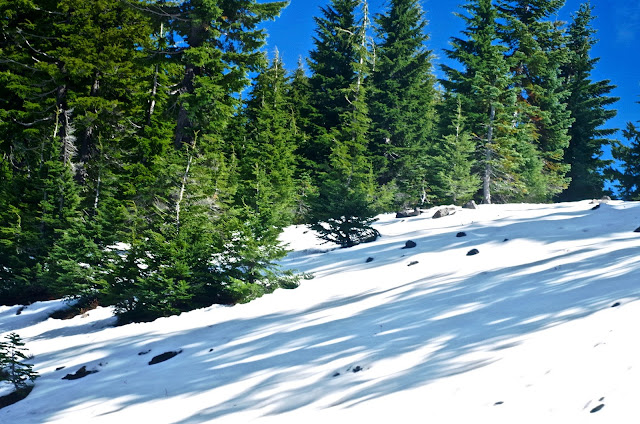 That was only the first of several surprises...;-)   It truly is as blue and as deep (1943') and as beautiful as the pictures and postcards show that it is...  It's not as "touristy" as I expected it to be.  I thought it would be more like Tahoe, with lots of restaurants and shops, etc. all along the route...not here.  Only one, at the lodge, and quite nice too (and not over-priced, I thought). 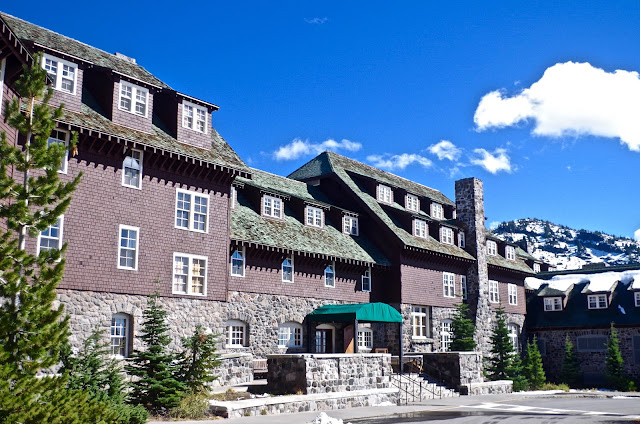 It had some fun, unusual "highlights" to discover along the drive as well.  Obviously there were special areas to enjoy seeing various views of the "main island" which is called Wizard Island.  During the summer you can take a boat to it, but there's really nothing much on it.  But there is another smaller island, that doesn't get much recognition, that is pretty cool, called Phantom Ship (because it kind of looks like one).  It's tucked into a small area along the east rim.

Another really cool site is the Pumice Castle.  It's actually a layer of orange pumice rock that has been eroded into the shape of a medieval castle. 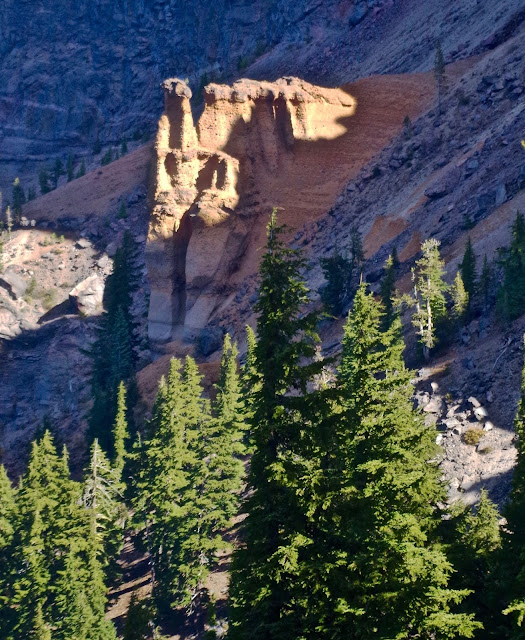 Then, further along the rim are the Pinnacles...It's a 6-mile detour from the Rim Drive, but really something to see.  It was these weird, colorful spires, 100' tall, being eroded from the canyon wall.  The Pinnacles are fossil fumaroles where volcanic gases once rose up through a layer of volcanic ash, cementing the ash into solid rock.  Another reminder of what took place here... 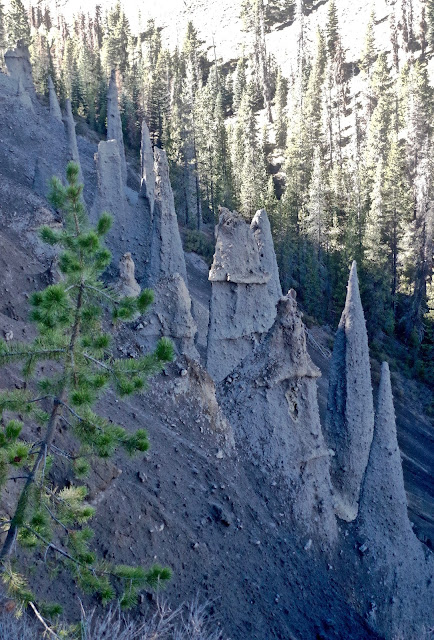 Vidae Falls was a small waterfall that comes from a spring-fed creek, tumbling over a glacier-carved cliff and drops 100' over a series of ledges.  At this time of the year, it wasn't a "gusher", but at least it did have some water (more than Yosemite). 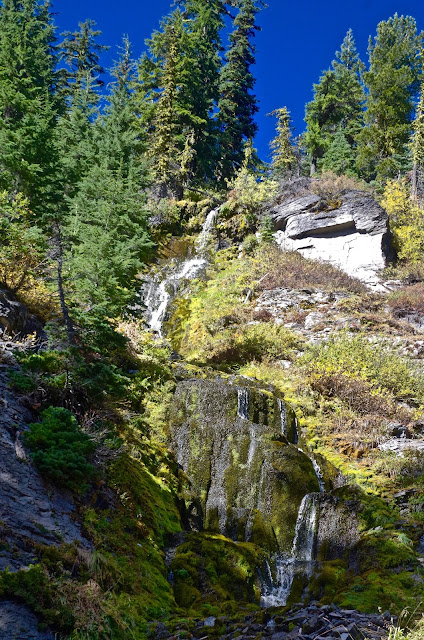 A lovely day, a wonderful lunch and many photos and smiles later, our day was done.  I dare say, the spirit of this lake will stay with me a long, long time...