When my sister-in-law asked if we had ever visited Annapolis Maryland, I told her "no, we just never had the chance", she suggested an outing there.  I didn't realize it was that close, and jumped at the idea!  I had always wanted to see the Naval Academy and to be able to do that now was really an unexpected treat.  So when we saw a break in the weather, we planned the day.

Off we all went, only a little less than two hours away it turned out, and what a cute little town!  Kathy had warned me to "wear my walking shoes" and she wasn't kidding!  Lots of cute shops, then off to lunch at the Annapolis Harbor.  Wonderful spot, right on the water's edge too.  It was a hot and humid day, so the breeze was sure welcomed. 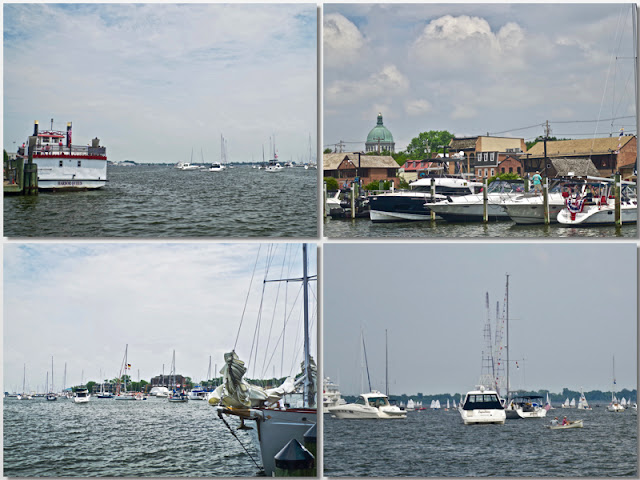 Afterward, we headed over to the US Naval Academy.  I'm a "Navy Brat", so it kind of runs in my veins, so to speak, so I was like a kid at Disneyland...walking around with my mouth open most of the time.  ;-)   To say that I found the whole place "cool" was an understatement...  The only thing that would have been better would have been if school would have been in session, then we would have seen 4000 students (all in white!) walking or marching around!  ;-) 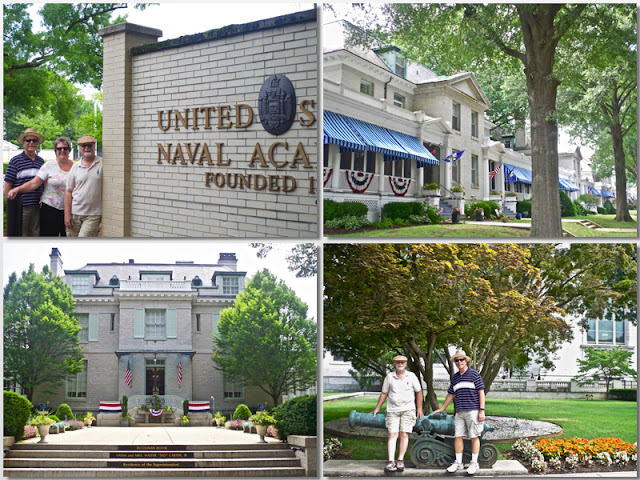 The best, was the Chapel.  Just beautiful.  And down below was the remains of John Paul Jones.. in a pretty gaudy crypt actually, but a nice memorial. 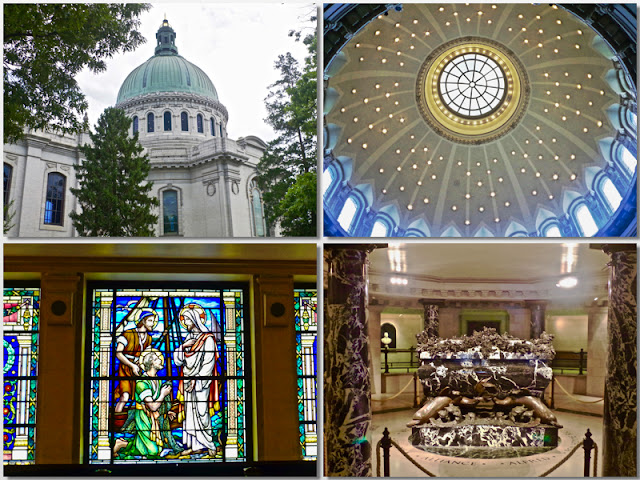 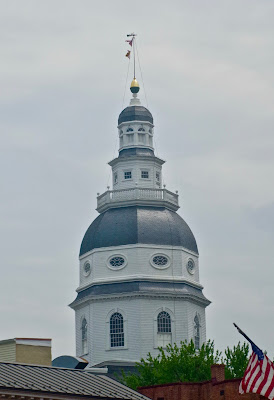 Afterward, while Jack and his sister Kathy rested, Bob and I took off to explore the Maryland State House (Capitol).  It is the oldest state capitol in continuous legislative use and the only state capitol ever to serve as a US capitol.  Construction began in 1772.  The legislature first met here in 1779.  The most dominate feature is the beautiful, and largest wooden dome in the country.  We've seen so many majestic stained glass domes, but to see an all wooden dome, was really cool! 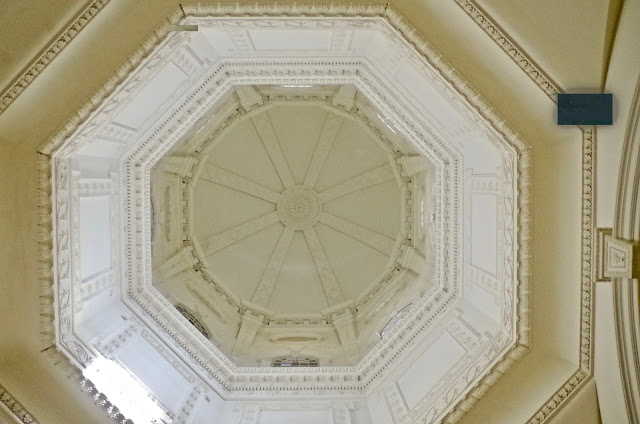 After seeing Pennsylvania's elaborate capitol, and so many other's, I really enjoyed the simplicity of this one.  It was still quite beautiful, but clean, not "over the top" fancy.  Because of it's day, it did have one thing that no other capitol has had (at least so far that we've seen), and that is a President's Niche & Dais! 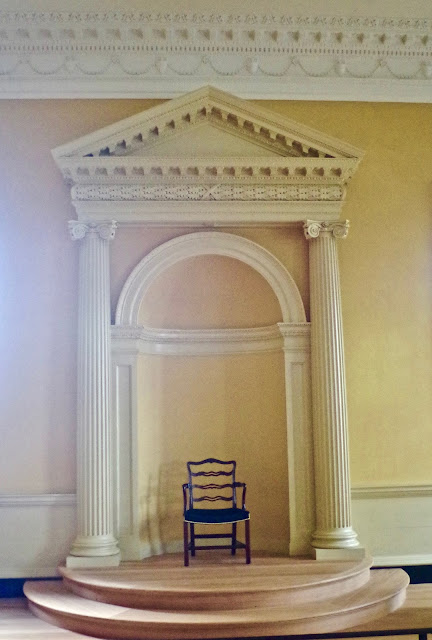 They also had a nice replication of President George Washington resigning on Dec 23, 1783, with Mary Ridout watching in the gallery in the Old Senate House. 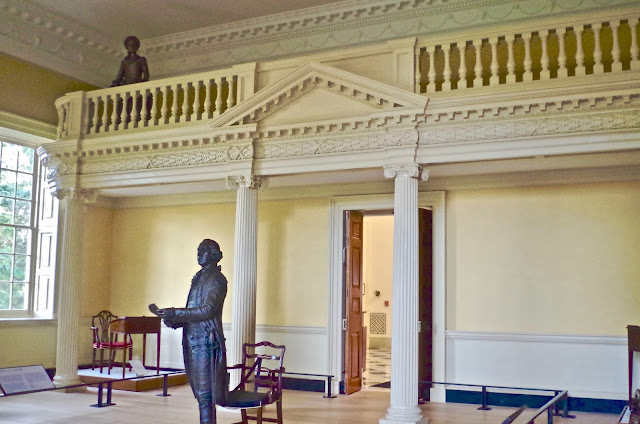 We didn't spend to much time there, quick in & out, since our spouses were patiently waiting for us, but I was so glad we went inside, what a thrill! 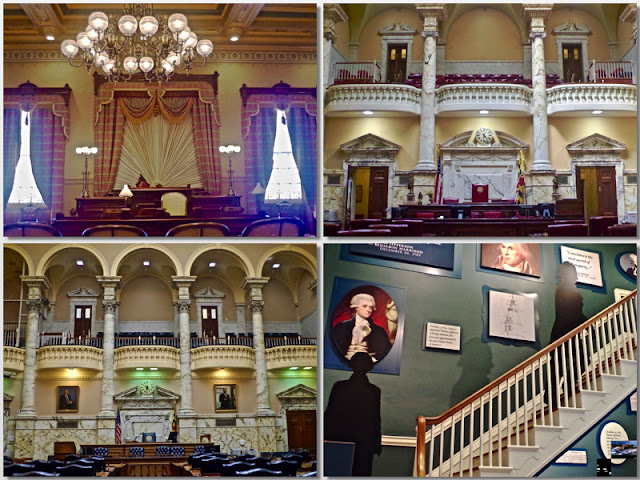 One last tour around town for a few last shots... 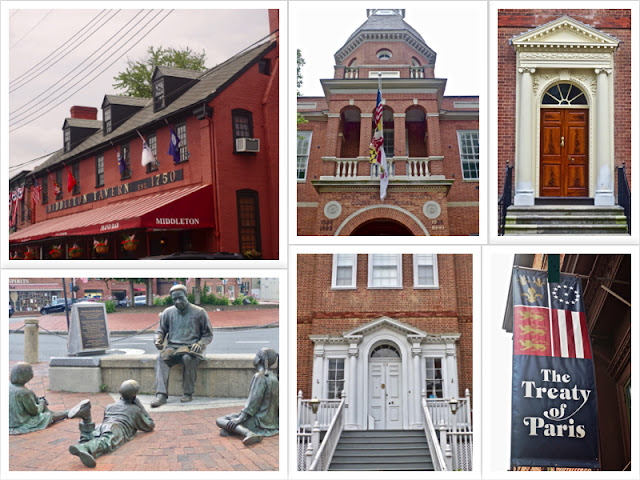 A quick trip north to New York state to visit my son and grandchildren, then turn around and head west for a wedding of some dear friends!  Ah, the life of nomads!