Wow, here it IS already the second week of March!  They say "time flies when your having fun", and they are right!

For the past three months I've been in rehearsals, rehearsals, rehearsals!  When the Theater Group said that being in the show was work, what they really should have said was that it was a full-time commitment!  It wasn't work (that's what I did for most my life) this was FUN, but it sure is a commitment of time (and energy!).  With four single numbers, plus three group numbers, I was in rehearsals every day, many back-to-back.  It sure was great exorcise too!

Finally, it was time to perform!  Four nights, to sold out audiences!  My sister and her granddaughter surprised me and came down from Washington and Las Vegas for the weekend to see it, what a delight that was!

Each night the audience was so fun to watch and see their reaction to our performances.  I was told that Thursday night's (first night) were usually the quietest, and Saturday's (last night) the rowdiest.  Well, Thursday's was WILD!!  They were great!  My first number was Big Spender, where we are dressed in saloon girl outfits and try to get the attention of the "gentlemen spender".  After he has made his "selection" and walks away with two gals, I walk to the edge of the stage and eye someone nearby and have a line "How 'bout it palsey?"  Well, that first night, the man that I picked, dropped his jaw and then burst out laughing...it was great!  Made my night!

We ended each night with the song Up Town Funk and get everyone up and dancing with us.  It was a lot of fun, some nights people really got into it and even outdid us!!  Who said "old people act old"??  Not this group, I'll tell you!!

After the last show, we all brought food & drinks and partied and "let our hair down"!  That's when I really had fun...both the director and choreographer came up to me and told me what a gem I was and how much they enjoyed having me in the group!  They can't wait to have me solo next year, etc, etc.  Sure made me smile a lot!!

Two days later, I hopped a plane to New York to be with my son.  Brrrr...  What a change going from 70 degree sunshine to 19 degrees and snow!!  I had dug out every bit of warm cloths I own (which isn't much) and layered!   ;-)  I sure was pretty to look at...but not something you wanted to stay outside in for longer than you had to!! 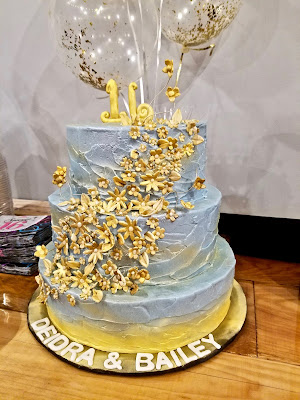 On Saturday, my oldest granddaughter had her "Sweet 16 Birthday Party" with her best friend.  It was cute.  About 20 girls and one (brave) boy, all dressed up.  Her mom rented a local place and decorated it with balloons, streamers, etc.  They played music and games and had pizza, hot wings and had a lovely cake.  They took funny pictures of each other and giggled.  Us three grandmas sat and reminisced about how different "today's kids are".  ;-)  It was sweet. 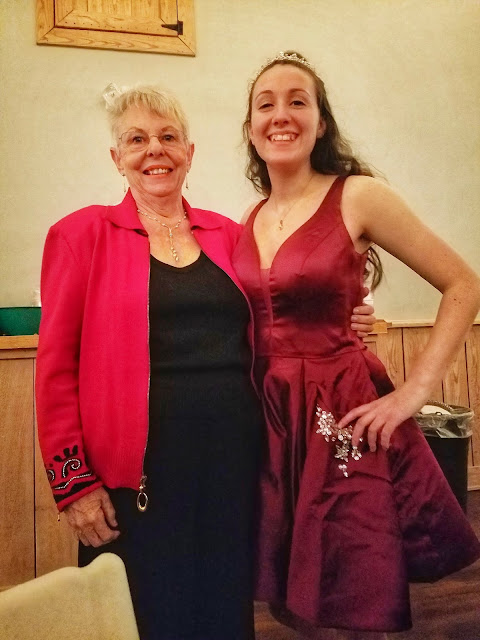 Two days later, my son and his wife and I headed to Boston for his court hearing.  One that has been postponed several times regarding him bringing in his licensed gun from NY to MA.  Massachusetts doesn't have a reciprocal gun law.  It's more complicated than that...but that's the simple version.

After getting there bright and early, as we were told, the judge tells us to come back the next day, as he has an appointment that day.  We do.  Then, once again, the judge tells us, that he is going to postpone the case, as another one has take precedence - an officer involved shooting from 2013.  Ours will take place - April 1st.  Ugh. 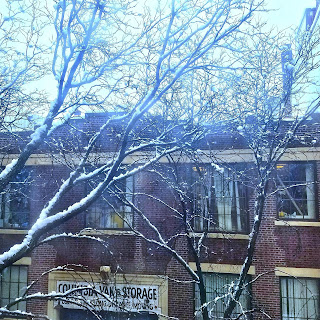 We've paid for an apartment for the week, flown me in, taken time off from work, etc.  but the court doesn't care...  So, I flew back to Arizona!

...Just in time for another party!  Theater "Thank You Party" -  fully catered by Dave's BBQ, with a DJ for dancing!  I was so happy to be able to make this!  I had heard about it, and was told that it was "the party of the year!"  Well, they weren't exaggerating!  So much fun!!  The DJ played most of our numbers and we sang/acted them out - but made fun of them!  It was a hoot!  Then, and in between, we danced and danced and danced!  I haven't danced that much in years!  It didn't matter if, or who your partner was, that's one of the reasons I love this group!  ;-)  Everyone is so very friendly, and happy!  Best party ever! 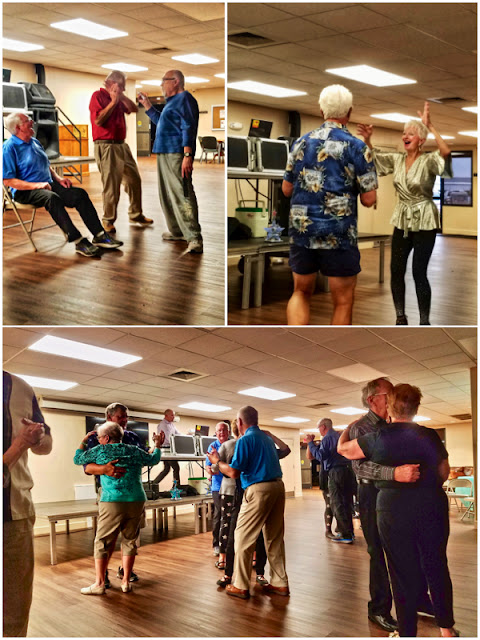 Now, it's time to settle down and get some more things down around here...then before you know it, it will be time to hit the road again!  Yea!