A house is not a home

We've been shopping.  Well, kind of, anyway.  It's been a full year now that we have been "on the road" discovering the beauty of some of the states in this country of ours, and according to our plans, we should be looking to see where we would like to "settle down" at now.  The "now" has been moved a bit...for a couple of reasons.  One, is because we still haven't seen all the states, National Parks, special sights, etc that are on our lists, another is that we are still  having to much fun to stop just yet!  However, that said, we still wanted to take a look around the south-eastern portion of Oregon while we were near that area, as it has been on my list as a strong potential place to live.

I've shared with a number of my friends and family that we want to get away from the congestion of San Diego, to a much smaller town.  One where we can walk around town, knowing the various shopkeepers, our neighbors and community.  To be civic minded and involved socially as well as philanthropically.  Little traffic with more trees & art.  I like "college towns" because there always seems to be a feeling of energy about.  More activities, art, music, theater to say nothing about all the classes one has access to!  All this and "perfect" weather too.  Not to much to ask for, right?  Of course, "perfect weather" means different things to different people.  For instance, Jack's cousin thinks perfect weather is four very distinct full seasons, while Jack thinks anything below 60 degrees is to cold, and I think anything above 80 degrees is to hot!  So, as you can see, this "perfect place" is getting harder and harder to find!

We know a  number of people who have either lived in or around the south-eastern Oregon area or have spent time there, that have recommended certain towns and cities for us to check out. The favorite "small town" recommendation was Sisters.  So it was at the top of our list to visit.

As we left Tacoma Washington, we traveled through the Cascade Mountains, through the snow to the eastern side of the of Oregon, a part of Oregon we had never been to before.  The drive was beautiful, but we were glad that snow was light and the roads had been cleared.  Driving this large rig & toad on a slippery mountain road was not our idea of a fun drive!  Our visit to Sisters was delightful.  The town is charming with very friendly people.  We chatted with several shopkeepers and other locals who all shared that "we would just love it there!"  After seeing all that the town had to offer (tiny is putting it mildly!) we drove all around the "neighborhoods".  What a miss-mosh of styles.  Everything from trash to treasure...all on one street!  Sisters is only 2100 population, so not much wiggle room there.  Actually, we felt it was a bit too small for us.  Sweet place to visit tho.

From there we went to Bend.  Nice place to be "near".  To big, to much like every other big town, anywhere, and as Jack said, "still to far north and to cold".  So we continued on south.  We have a friend in Redmond, so we stayed there a couple of days to visit with her, checking that area out as well.  We asked her what she thought of the area and what she's seen so far (she's only been there 6 months) coming from Houston and before from San Diego, so she's had some good comparisons. She suggested Jacksonville that is near Ashland where we were headed next.

We had visited Ashland before, but wanted to see if it had changed much. It hasn't.  It has all that a small college town has to offer.  Jacksonville, on the other hand was a wonderful surprise!  It is smaller than Ashland, with a different personality.  Hard to describe, a bit more cosmopolitan, perhaps.  We really liked it.  A definite possibility.

One thing is for sure...a (stick/stucco) house is not (the only) home...For now, our house is our sweet motor home...and that's ok. 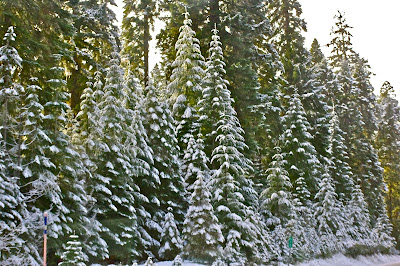 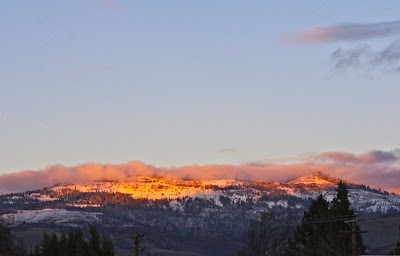 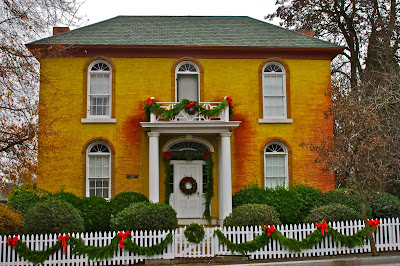 ...on the road in Oregon,   Marie
Posted by Marie