We have visited Utah a number of times, zig zagging back and forth across the state, catching it's various parks as we go, but had always missed one of the most famous, most photogenic, the one everyone says "did you go see?" - Arches National Park.  Well, we finally made it this time!  Yea!

We left Reno and headed straight towards Arches, barely stopping (had to, of course, but only long enough to rest and get on our way again!).  No dilly-dallying, no additional sight-seeing, as we wanted to spend as much time as we could in Moab.  We knew the days would be in the high 90's so it would probably take us a couple of days to see the park, then another day to extend the drive out to see the other areas around it.  Additionally, we were on "baby watch" as my newest grandson was due any time, so time could be cut short, so none to waste.

We arrived at our campground in Moab and lucked out under a great shade tree, for as I suspected, those were rare in that part of Utah!  I had "done my homework" and it had paid off, as most the campgrounds around there didn't have many shade trees to offer, and they were a blessing in the heat of the day!


We set our alarm for early the next morning so we could make use of the cool hours before it got to hot, and set out first thing.  The map they gave us at the Visitor Center told us the loop would take about an hour and a half.  Jack said the way we stop (with me taking pictures) that means about three hours, plus!  ;-)  He was right... 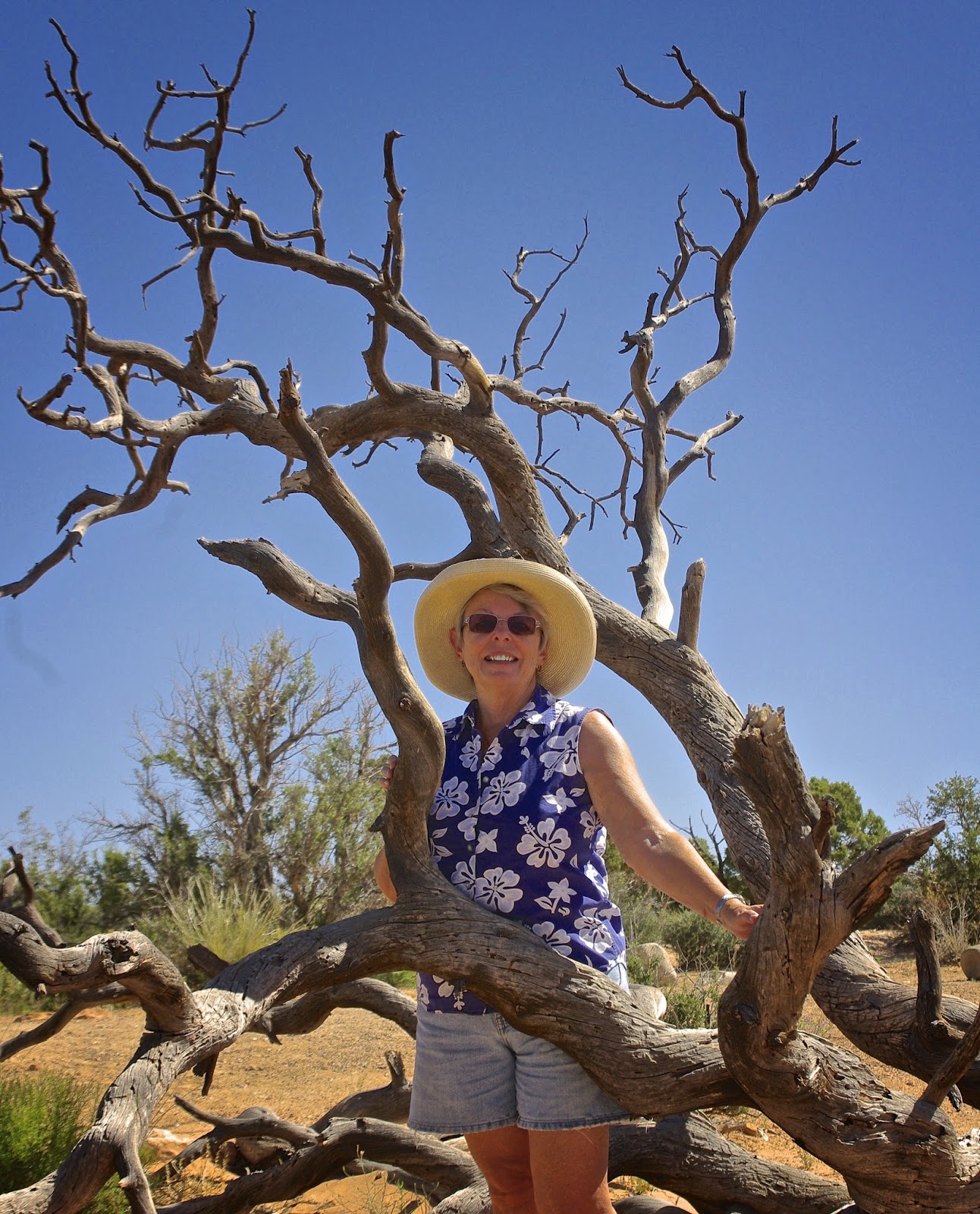 I don't think it was so much my picture taking as it was their "misrepresentation" of the descriptions on the path guides.  For instance, one of the "walks" said it was "a short .25 ml walk to the viewpoint".  What they didn't tell you was that it was almost straight up a steep hill with very steep steps!  Of course this was also at the end of the day, so it was also about 95 degrees heat, and also of course, I didn't bring any water with me, because I thought it was "just a short walk, no big deal!"  Yeah, right, for a 20 year old, not a 70 year old!  Phew!  But, I made it, a few huffs and puffs, but I made it!!
The following day we decided to do something we haven't done in years...go rafting!  The Colorado River in Moab is deep and flowing fast, not like in California!  We only did a half day, deciding to "take it easy" on ourselves and just enjoy the trip rather than "work for it".  In the past, I've done the 3-day white-water full-on  rafting trips and really loved them.  I will admit, I've missed doing that, and really thought about doing it again, but this wasn't the time, and when Jack suggested that why don't we just "sit back and relax and enjoy a fun rafting trip this time, I agreed.  It was fun, and I'm glad we did.  But, being me, I had to take the helm, I couldn't resist that much!  I did hand it over half way in tho, I didn't want to be a hog the whole time, after all!  ;-)   We did have a few nice little rapids that got us good and wet, and brought lots of laughter to everyone in the boat.  It was an interesting group of people from all over the world, only four of us from the US!  I didn't want to take my good camera, and my spare "back up" one died on me, so hardly any photos, but I've got the memories! 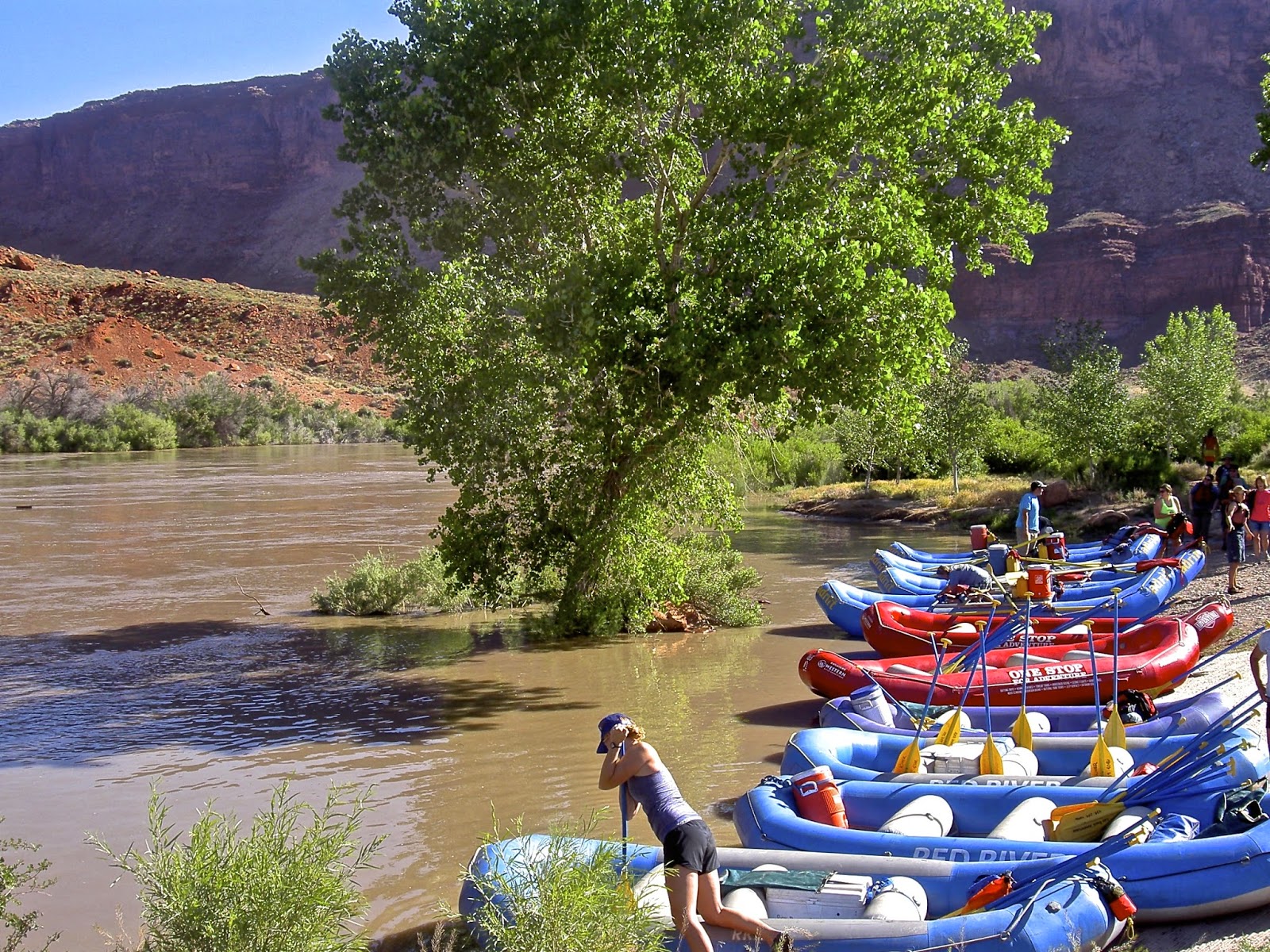 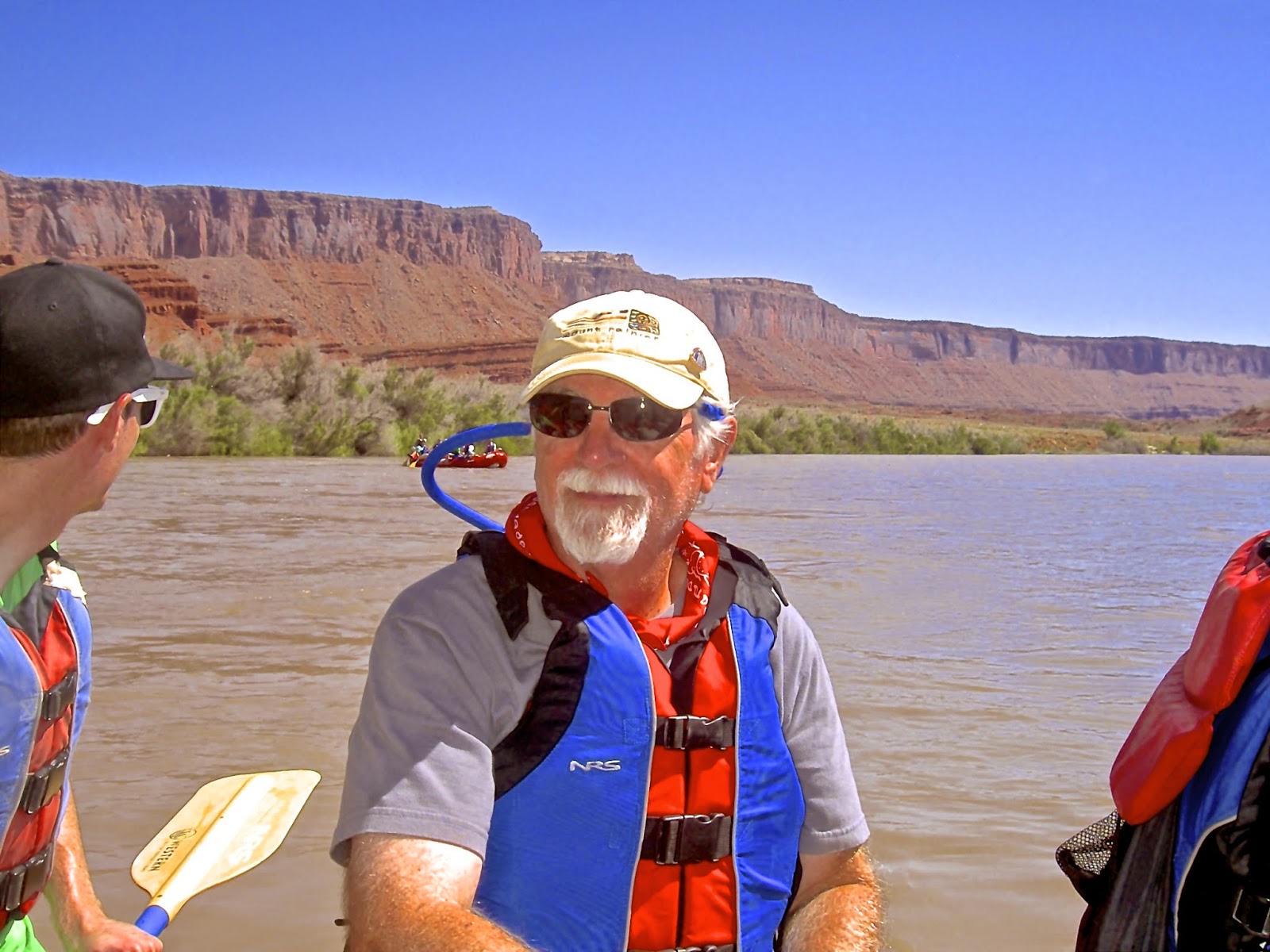 The following day we were planning on taking a plane ride around the whole area when we got the phone call from my son that the little guy was "on his way!"  The doctor decided that the baby was big and mommy is small, so if he didn't come on his own in the next couple of days, he was going to induce him by the following Wednesday.  So, that meant that if I wanted to be there for the birth, we needed to pull up stakes and head to Texas right now!  So that's what we did.

We arrived in plenty of time to be here for the birth of little Dublin Kash...

...kicking back in Texas,  Marie