With only a few days of Jack and I together in Alabama, we still managed to cram a few "sights" in!

For the most part, we were actually "separated" - he was in Red Bay AL at the Tiffin Service Center having our rig worked on, while I was in Texas with my son and daughter-in-law,  having their first child!  Two weeks apart, experiencing "changes and celebrations".  Once my adorable grandson was home with his parents and all was well, I flew to Birmingham AL to meet up with Jack.  We had hoped, that by then that the "long list" of things would have been completed and we had planned on spending a few days visiting that fair city, then traveling on...but, as we all know, best laid plans... So, it was not to be.  Not only did we have to return to Red Bay, but my flight into Birmingham was delayed by almost 3 hours, so that cut that day short as well!

We did stay the night tho, and since it was only a couple of hour drive, I requested at least one visit to one area of Birmingham!  I chose to go see the Vulcan Center!  I had read about it, and it seemed that it would be one of the most unique places and one with the greatest views of the city as well.  We weren't disappointed. Vulcan, Birmingham Alabama’s colossal statue is the world’s largest cast iron statue was built for the World's Fair in 1904 and has overlooked Alabama’s largest city from atop Red Mountain since the 1930s.  By 1999, the 50-ton statue was in desperate need of repair. Thanks to public-private partnerships and a $15.5 million campaign, this beloved symbol of Birmingham and the nation’s iron and steel industry stands preserved and proud as the centerpiece of it rehabilitated and expanded park. 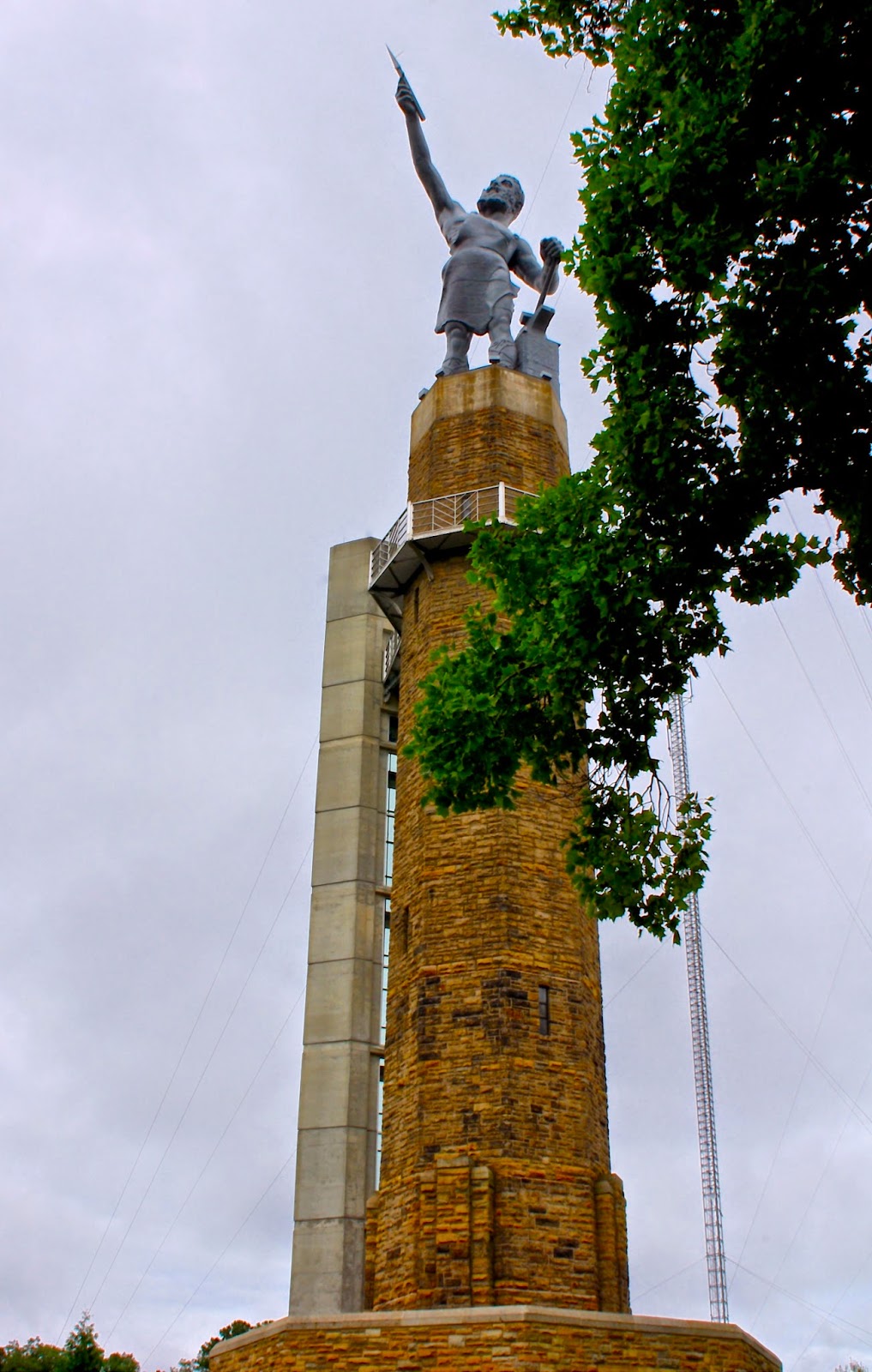 Thankfully, they added an elevator to a viewing deck, which we took advantage of, and luckily the rain staid off long enough for us to get some nice views of the city from up there!

The museum itself was quite interesting as well, adding a little history about Birmingham's civil unrest to it's foundation of iron & steel. 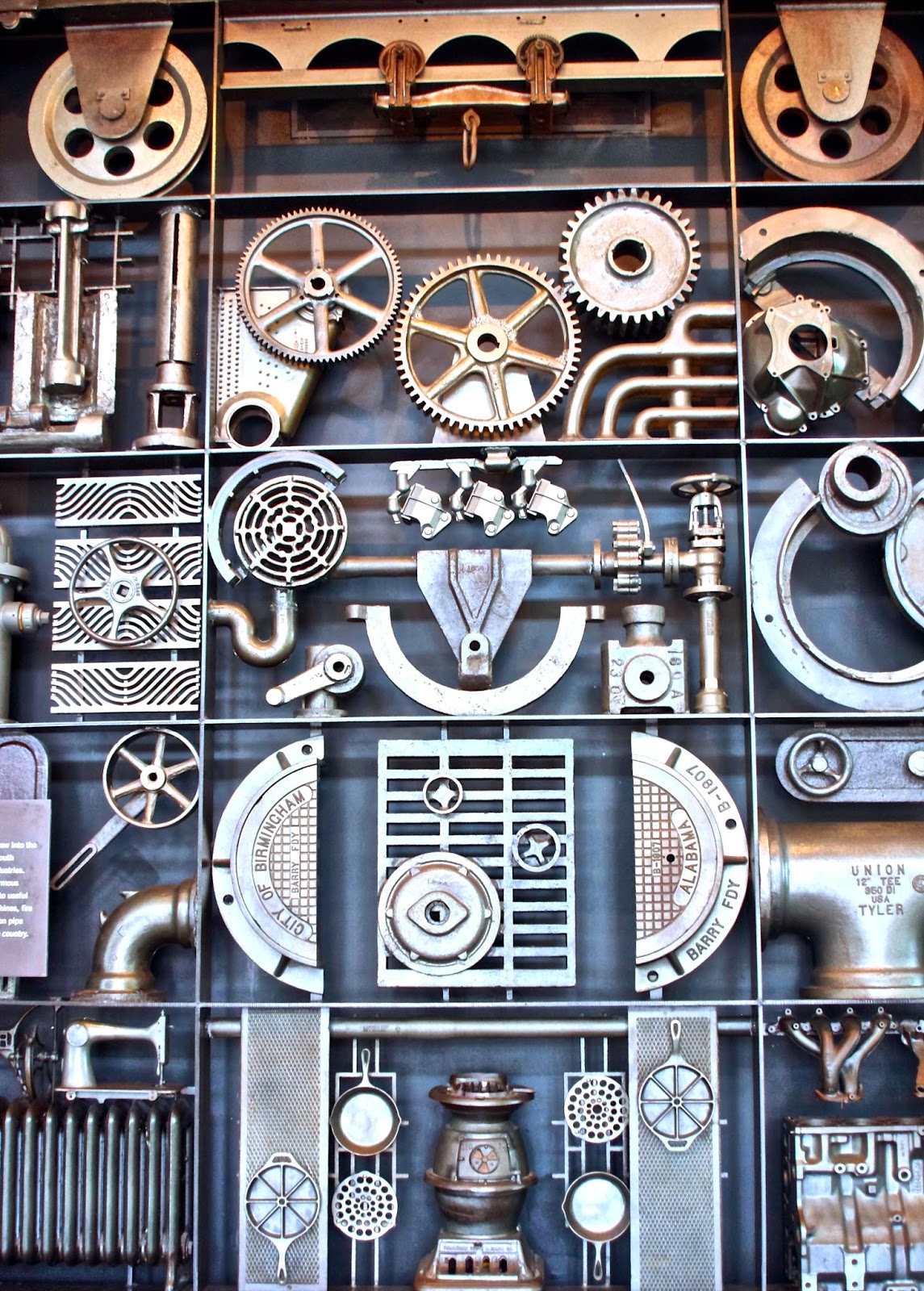 Back to Red Bay (in the pouring rain) for another few days while they finished up the remodel of our closets but thanks to that rain, we found out the roof leaked!  Well, where they had walked on it, they had loosened some rusted out screws that then popped out and that caused the leak!  Anyway, in she went back into a bay for a resealing and caulking, and no more leaks!  Thank you rain!  New TV mount done, new closets done, time to go!  Yea!

Last stop before exiting Alabama, Scottsboro, the home of the "Unclaimed Baggage Store"!  We don't leave that state without stopping there!  Way to much fun!  I got us all checked into Goose Bay Colony Campground (cool), then off we went, shopping!  All we had was four hours, so had to make the most of it!  You never know what you are going to find there, sometimes it's "bounty" sometimes it's "bust".  Last time we came away with our arms loaded down with tons of books, movies, audio books and a few clothes.  Jack had just bought his new IPad, and if we would have known, we could have saved hundreds on it.  This time, not so much.  Only a few books, a couple of movies and a couple of jeans for me....but still a whole lot of fun looking!

We still had Sunday in Scottsboro, and like most things in the South, stores, etc. are all closed, so we looked over the "list" of what to see, and decided to check out the Burritt Mansion and Historic Park in Huntsville.  It was fun.  William Henry Burritt was a homeopathic doctor in the late 1800's.  He bought 167 acres on Round Top Mountain   overlooking Huntsville and had this lovely house built for his retirement.  It burned down the day he was to move in (wouldn't you just know it!).  He had a second one built and moved in two years later, in 1938.  It's in the shape of an X (for better ventilation, of course) and combines many different architectural styles including classical revival, federal and art deco.  The house used 2200 bales of wheat straw as insulation.  Having no heirs from his three marriages, he left the mansion and the surrounding acres to the City of Huntsville to become the city's first museum.  The open area behind the mansion was once a ten acre farm where Dr. Burritt grew a large quantity of fruits and vegetables.  He also operated a goat dairy on the property until his death in 1955.  The city has moved five houses, a barn, a blacksmith shop, church, spring house, and smoke house from the 1800's & 1900's into this area to create the Historical Park.  They have also built a beautiful Orientation Center, Visitors Center and Museum Store.  They had several interpretation guides throughout the place explaining the various houses and activities, as well as special things for the children to participate in.  It was a delightful day, in spite of the rain and lightning storm that persisted on and off throughout the day! 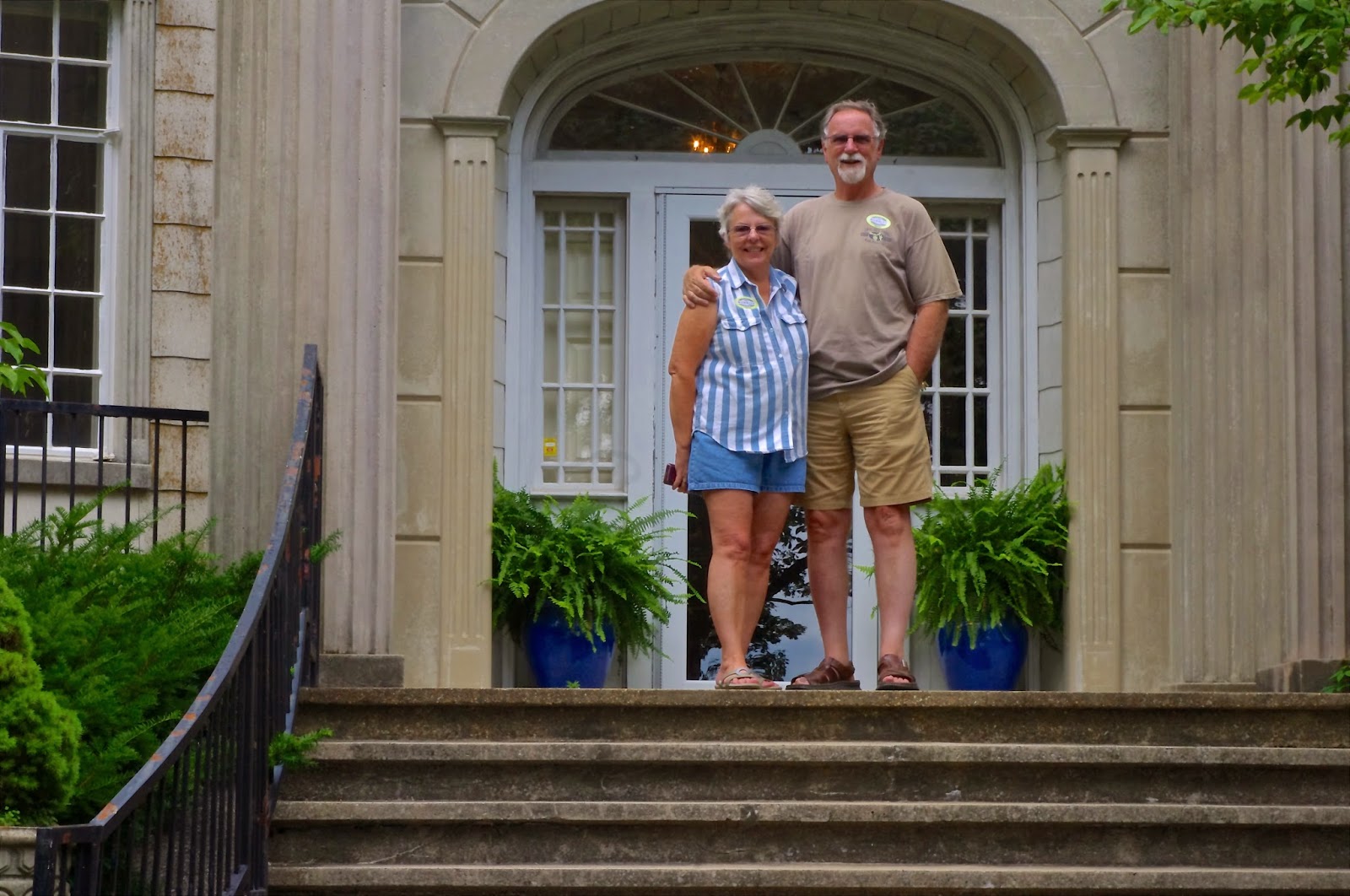 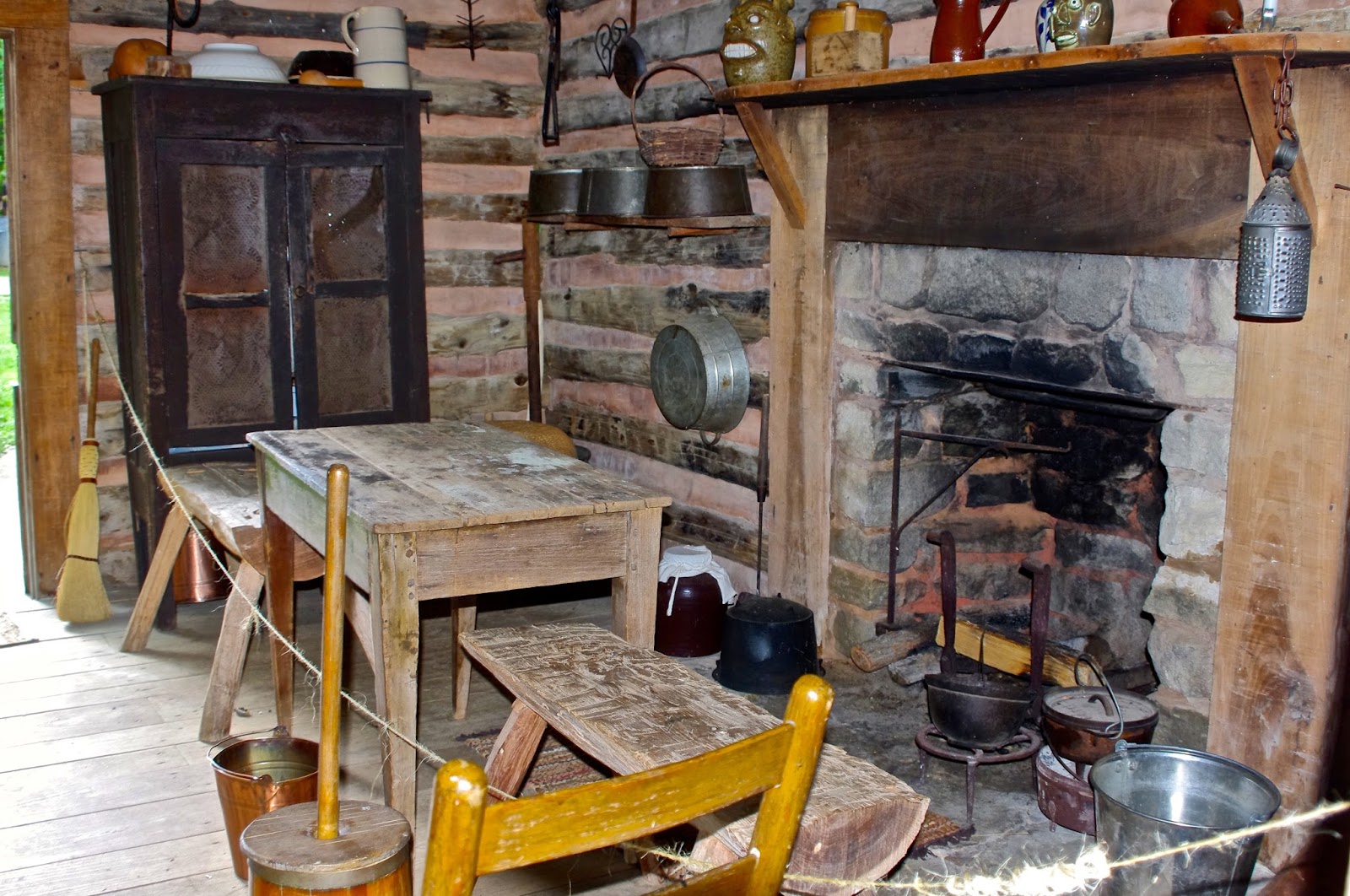 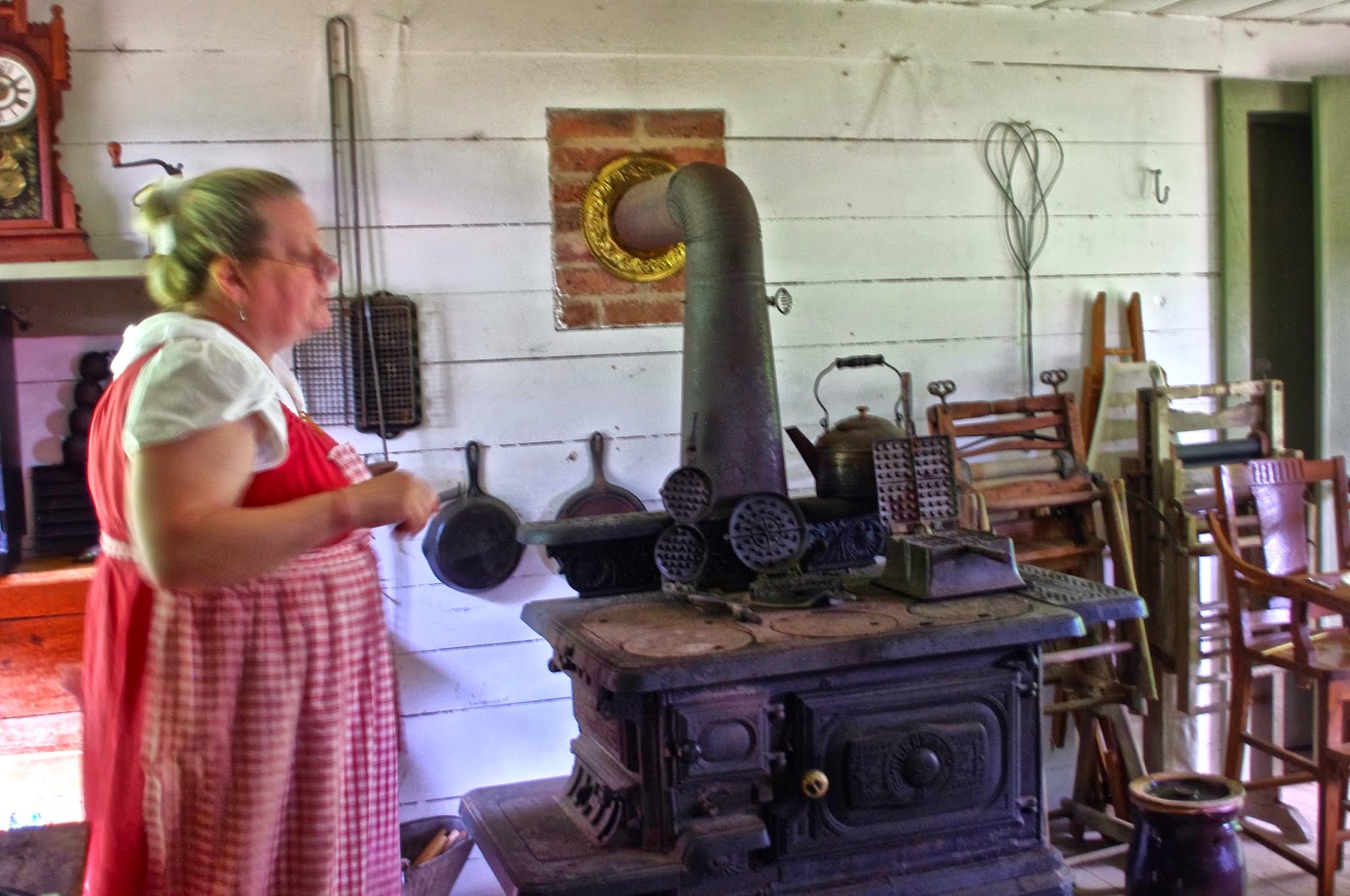 ...on the road to Nashville TN,  Marie