The South celebrates Independence Day, for days!  Fireworks are sold on every corner, and it seems like everyone shoots them off, everywhere, all night, for days, as well!  Evidently, as well, Nashville is suppose to be one of the top three cities in the country for their fireworks displays on the 4th, so you can imagine our dilemma when we were trying to choose between going downtown to see "the big fireworks" and going to the Grand Ole Opry to see the Oak Ridge Boys preform!  Since our campground was hosting a dinner, singer and fireworks the night before, and the park nearby was having fireworks and picnic festivities the night after, we opted to go to the Opry and see the Oak Ridge Boys!  After all, how often would we get chance to see them sing "Elvira" live again?
We were staying a little outside of Nashville at the North Nashville KOA, and they have a great service of selling great "front of the house" tickets that include a mini-bus ride to the Opry, which is nice, so you don't have to navigate and deal with all the 4th of July drivers trying to get to & from their festivities, plus trying to figure out where the heck you are going!

We were the furthest stop out, so the driver picked us up first, then had a couple more stops to pick up a few other folks along the way.  One couple was a grandmother and her 13 year old grandson from Scotland here for him to attend a special two week vocal school and cut a CD.  "Wow, Nashville really is the Music City, if folks come here all the way from Scotland" I thought...

Watching the Opry was a hoot!  If you've never seen it, it's "done" in 30 minute segments (for TV) and each "main attraction" does about two songs, then the other entertainers fill in around them.  Each segment has a different host as well.  The audience also gets to hear the "ads" as the curtain comes down/up while the stage is being changed for the next act.  They do four shows, which equals the two hours we are there.  Very entertaining!  All through the night, being it was Independence Day, everyone sang songs that were quite patriotic, many I had never heard before, and being "country", brought tears to my eyes.
Of course the Oak Ridge Boys were on last, and of course they too started us off right, and had us all sing the Star Spangled Banner with them (how cool was that?), then, "Elvira"!  Yea!  And...of course, it played in my head for days!

As we began our drive back, several of the folks commented on the fireworks going on downtown and if we would be able to see them en route at all?  Well, our driver, being a sweetheart, as he crossed over a bridge, saw that several other cars were parked there, turned and asked us if we were in a hurry to get back home, none of us were, so he parked and we sat and watched the last 30 minutes of some of the best fireworks ever!  What great seats we had too!  Up high, comfy seats, air conditioning, no smoke and we didn't even have to worry about parking or traffic afterwards!  How lucky can a person get? 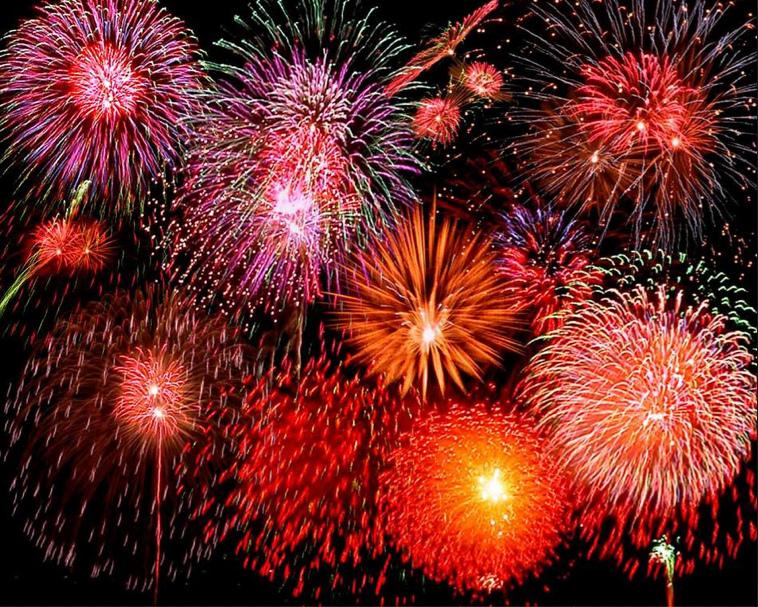 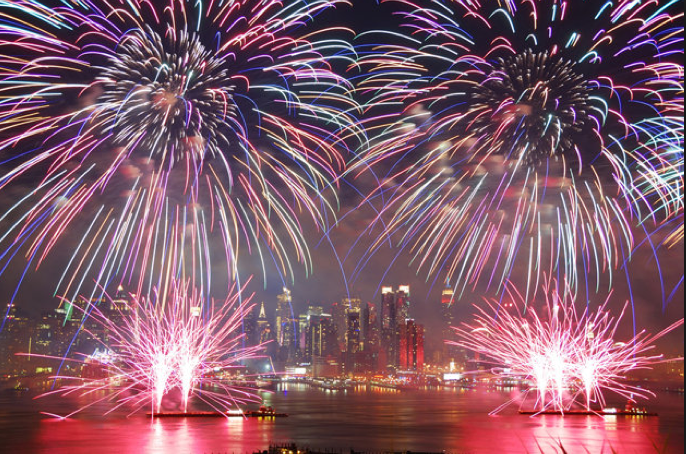 The following night, we didn't even need to go to the park down the street, as we could see them from our rig where we were at!  The only "downside" was that one of the enthusiasts in the campground shot his off until about 1AM...I thought that was carrying it a bit far...Buy, hey, what a great country we live in, right?

...kicking back in Nashville TN,  Marie