I practically grew up in San Diego.  I was a Navy brat, so spent two years here, then two years there and two years somewhere else again until I was ten, but in and out of San Diego and back again permanently at thirteen until three years ago...so, I've seen a lot of changes over the years.  I've seen San Diego grow up you could say.  Jack first moved here in 1970.

And "grow up" it has!  When I first moved here, almost sixty-five years ago, it was practically a "small town".  You could get from one end to the other in less than fifteen minutes!  We used to take Sunday Drives out to the north county for the day.  ;-)   Now, all my children have moved away to other parts of the country.  I still have some family and a lot friends here, so we still come back once or twice a year to visit.  One of the things we like to do tho, is to drive around and see all the changes the city has undergone while we've been gone...because it continues to grow, and change.

We had such a chance the other day.  We started off by going downtown to look for the new library that we heard had finally been built.  Now, if you've ever lived here, or are now, you know how long that's been coming.  It's been talked about and been voted on for decades!  Certainly something this city has needed for many, many years.  It took us awhile to find it, but it sure was worth the hunt.  What a beauty!  I think it's actually in a good location too.  Right at a trolley and bus stop, has parking (pay), out of the way of the Gaslamp District, near condos and apartments, etc.  San Diego can be proud. 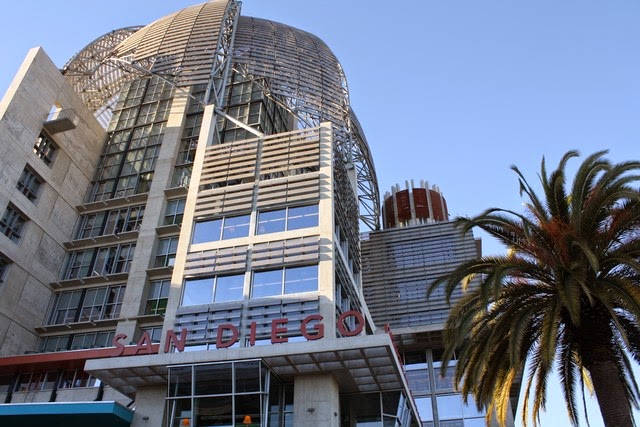 We did have to shake our head tho at the continued building of more housing, knowing how bad the drought is.  Where do they think they are going to get the much needed water for all these people?  Jobs building these now, but how will these people get water later?  Short sighted planning, I'm afraid...

From there we mossied toward the Embarcadero and admired the progress of the enlargement of the airport.  We also noticed all the new signs and how they "dropped" the name Lindbergh, and are just using "San Diego International Airport" now...poor Charles.  They even painted over his picture and did a new mural!  Guess he just didn't make the cut.  While there, we drove on around to Spanish Landing to see the progress of the building of the replica of the San Salvidor.  What a lovely surprise, as she's almost complete!  They should be launching her in about a month.  What a great sight that should be for San Diego.  We wish we could be here for that.  It's been fun to follow the building of her over the years.  The Bandy Blacksmith Guild has been forging all the ironwork for it, which Jack is a member of that Guild, so we feel proud if only by association. 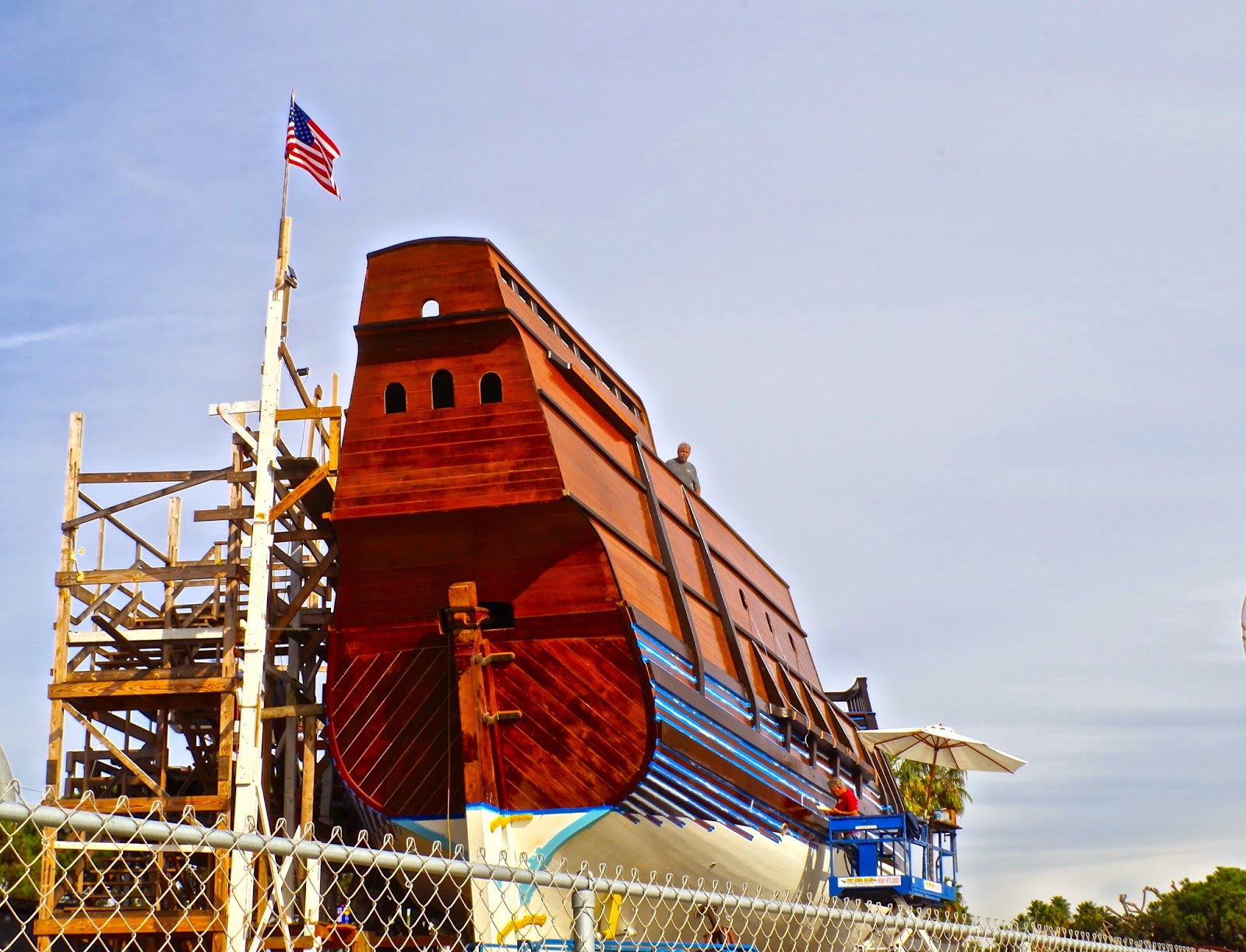 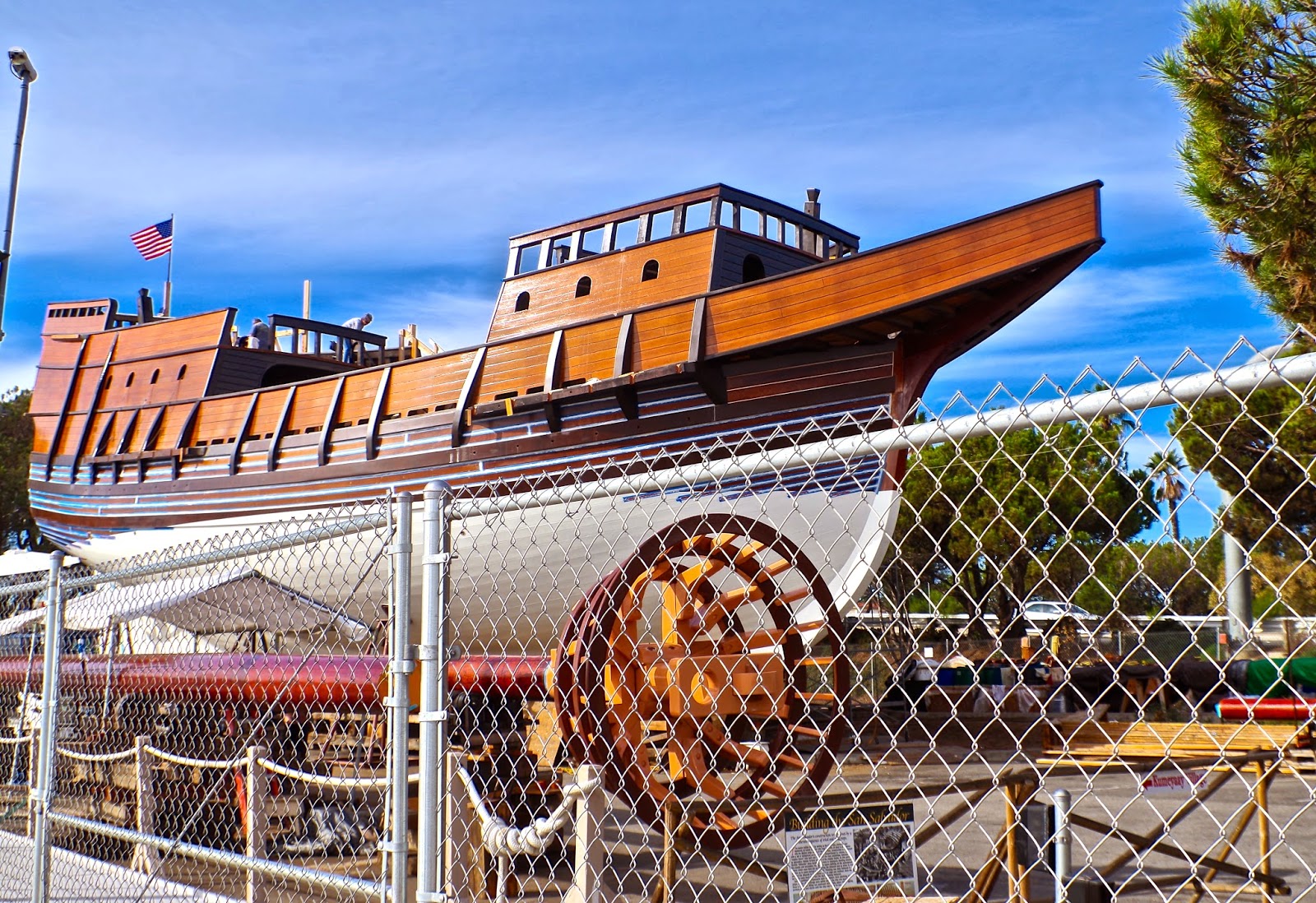 Leaving there, it was time for lunch, so naturally we had to stop at a favorite stop...El Indo!  Thank goodness some things never change!!  YUM!  Chips to take with (of course!)  and off to Pacific Beach...

When Jack first moved to San Diego, he lived in Pacific Beach, just a few blocks from the beach.  I also didn't live very far from there for many years, only "fifteen minutes", and was there often.  It was "my beach" hangout.  So it's the one we go to, when we are in town.  (there are beaches all along the coast in San Diego that people think of:  Pacific, Ocean, & La Jolla).  Now, PB (as it's called) is always changing.  There are some places that change constantly, and always have - same building, but new name.  It's like a game "what will it's name be this year?"  Then there are the ones you know will always be there, like the Denny's that's been there for sixty years, etc.  But the "old ones" are getting old and it's the beach after all, and the sea takes it toll, so buildings need repair, and times change, etc.  So, one never really knows...such was our discovery.

As we drove down our favorite streets and remarked on the various buildings, we had very little surprises.  We loved that we actually found a parking spot right at the beach (that's rare).  We have a favorite restaurant, one that has been Jack's since the very beginning.  It's a simple, clean, nothing fancy place, called The Green Flash.  It always had a line, breakfast, lunch or dinner.  It catered to the quiet crowd, beach people who just wanted good food with a good view, as it is right on the beach.  There are plenty other places catering to the 20s-30s drinking crowd.  We loved it.  So as we walked the beach, I asked, "do you think it's still there?"  Just as Jack was saying "of course, The Green Flash will always be the...OMG what have they DONE TO MY RESTAURANT?"  ...we had turned the corner and saw the change...ugh.  It was no longer The Green Flash...but the garish Baja Beach Cafe...filled with the 20s-30s sipping their huge Margaritas...and enjoying the changes.... 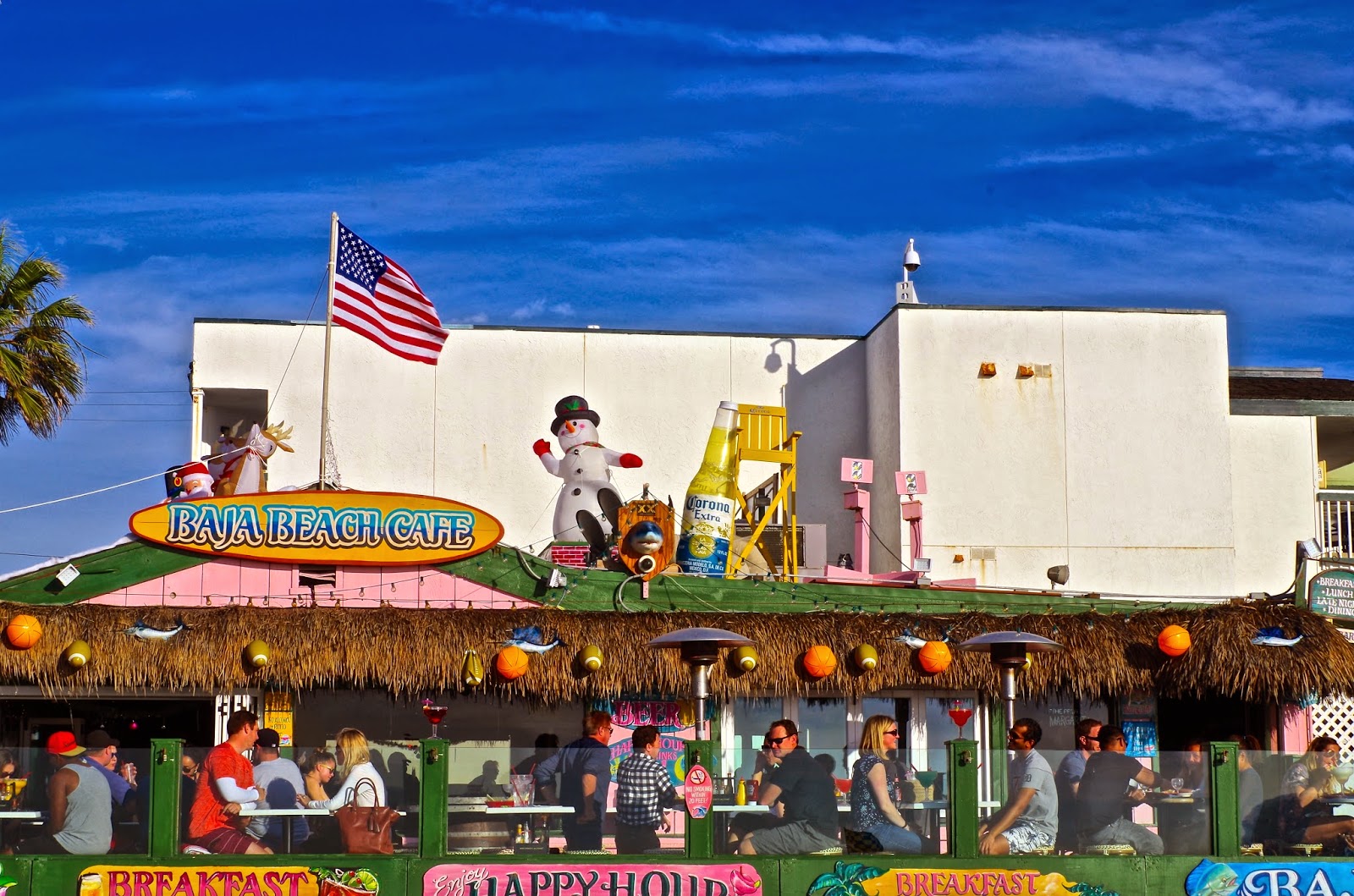 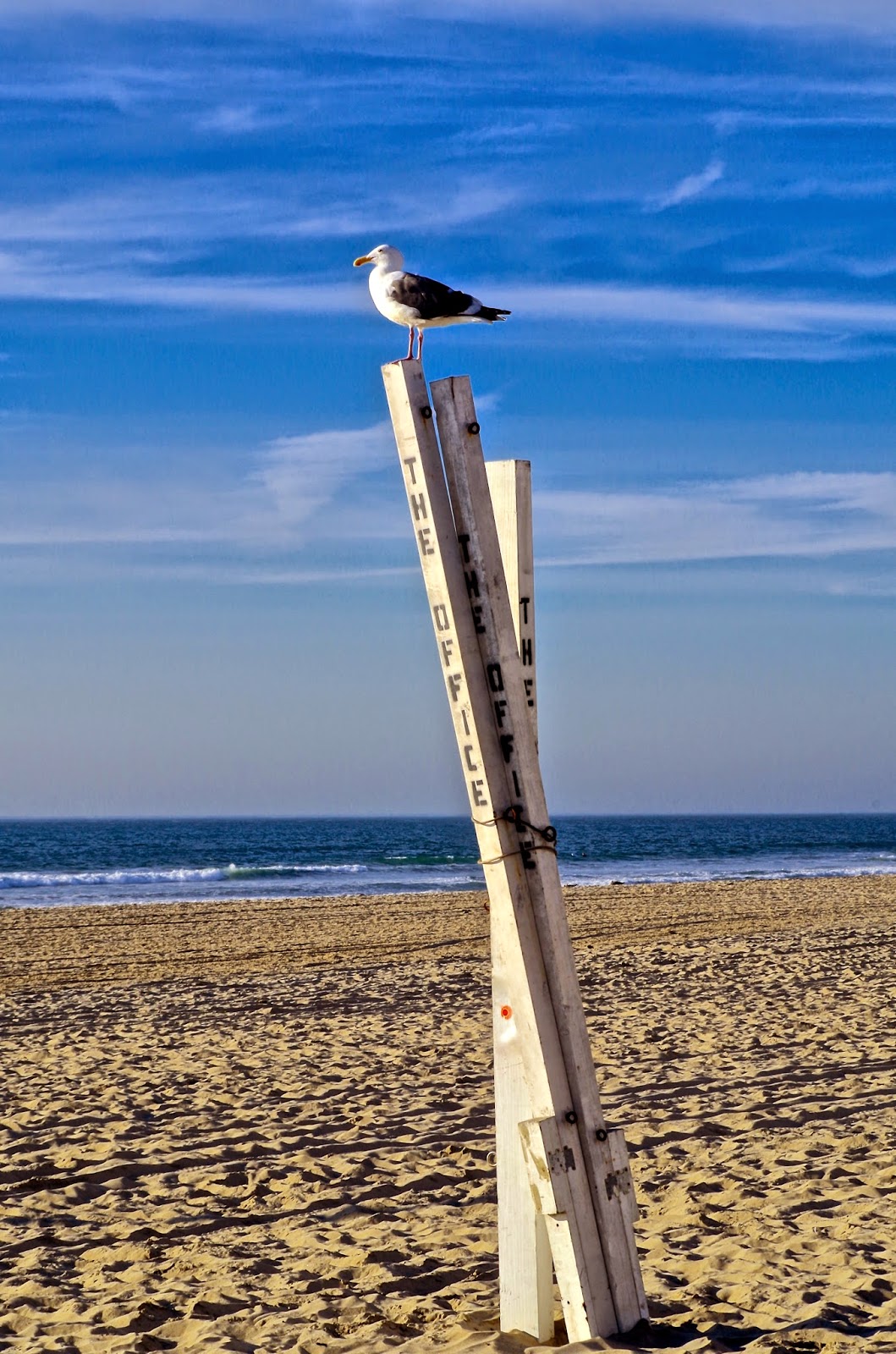