It's pretty hard to miss ads for Rock City, especially throughout the southeast.  You see, that's where a young man names Clark Byers started offering to paint people's barns if he could paint their roof tops with the ad "See 7 States from Rock City!".  From as far North as Michigan to as far West as Texas, Clark scouted out the rural back roads for barns to paint beginning back in 1932 to 1969.  Since then, of course, billboards etc, are everywhere!  But the iconic "Barn" ad remains. 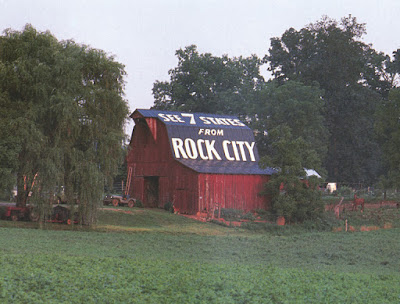 Garnet & Frieda Carter set out to develop the property into one big Rock Garden on Lookout Mountain, using the existing beauty of the natural boulders & trees and then adding her own plants and flowers.  Frieda, taking string and marking a trail that wound its way around the giant rock formations, ending up at Lover's Leap.  She also planted wildflowers and other plants along her trails and imported German gnome statues and other famous fairytale characters, set up at spots throughout the trail. Garnet realized that Frieda had made an attraction that people would be willing to pay for to see and made Rock City a public attraction in 1932.

Garnet was right, the place is absolutely beautiful!  You would never know that High Falls is man made, and one can't hardly believe the amount of work that must have gone into making all the bridges, caves, pathways, and tunnels etc. let alone all the upkeep that must be involved everyday. 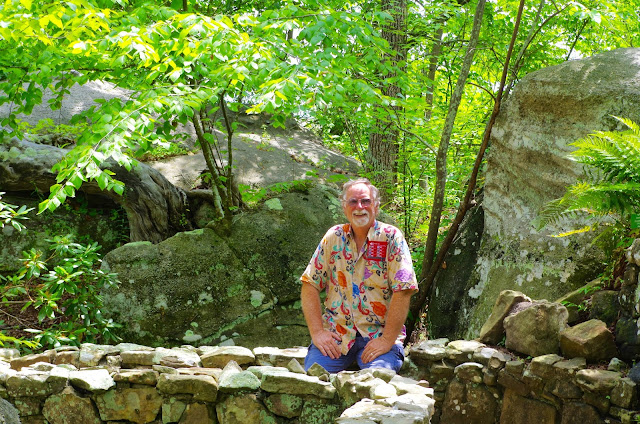 They say on the web page to allow a couple of hours, well, we were there for almost 5 hours and I don't think we saw everything either!

When I first started seeing ads, years ago as we traveled, I thought it would be "hokey", and maybe something for kids...well, it's not "hokey", but it sure does bring the little kid out in you!  Such fun! 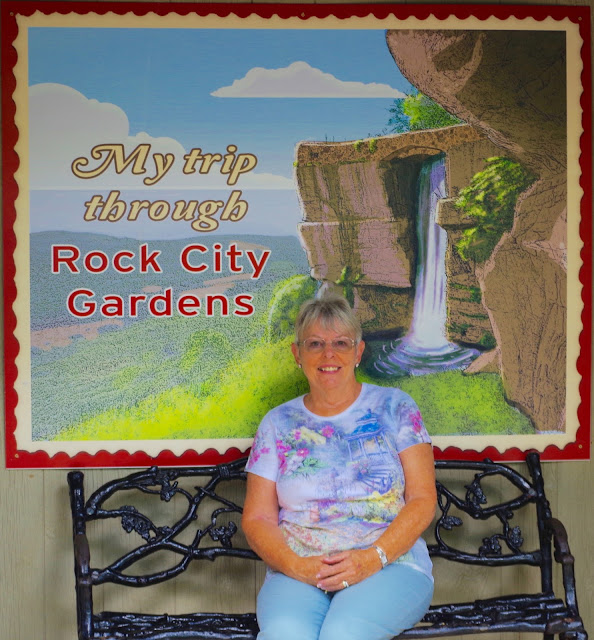 ...kicking back in Chattanooga TN,  Marie