The beauty of Ruby Falls!

There are caves and caverns all over the country.  Stalactites and stalagmites, and all kinds of shapes and pretty rocks all "discovered" for us tourists to oh and ah over as we climb in and around the various ones touting the "largest" cavern, or the "deepest" cave, or the "longest", etc.  24 states out of our 50, have caves open to the public to come and view.  That's half the US!  Last count in the National Cave Directory stated that there were 77 caves.  Out of all of all those, only one has an underground waterfall...and that is here in Chattanooga at Ruby Falls Cave.  All 145 feet of it.

Leo Lambert thought that he could re-open the cave he had played in as a child, as a tourist attraction and formed a company to do so. He planned to make an opening further up the mountain than the original opening and transport tourists to the cave via an elevator. For this purpose, his company purchased land on the side of Lookout Mountain above Lookout Mountain Cave and in 1928 began to drill through the limestone. In doing so, they discovered a small passageway about 18 inches high and four feet wide.

Lambert and a group of fellow explorers entered a small opening to the newly found cave in Lookout Mountain.  They spent 17 hours exploring on hands and knees before hearing the sound of rushing water.  They were awestruck by the magnificent beauty of the waterfall they discovered at the deepest point.  Leo later named the falls in honor of his wife, Ruby.

Ruby Falls Cave features many of the more well-known types of cave formations including stalactites & stalagmites, columns, drapery, and flowstone.

The Falls are located at the end of the main passage of Ruby Falls Cave, in a large vertical shaft. The stream, 1120 feet underground, is fed both by rainwater and natural springs. It collects in a pool in the cave floor and then continues through the mountain until finally joining the Tennessee River at the base of Lookout Mountain.

We've only been through a few caves, trying to only go to the most "unusual" ones (because, lets face it, once you've seen one set of stalactites & stalagmites, you've seen them all) - but I will say, this one was a beauty! 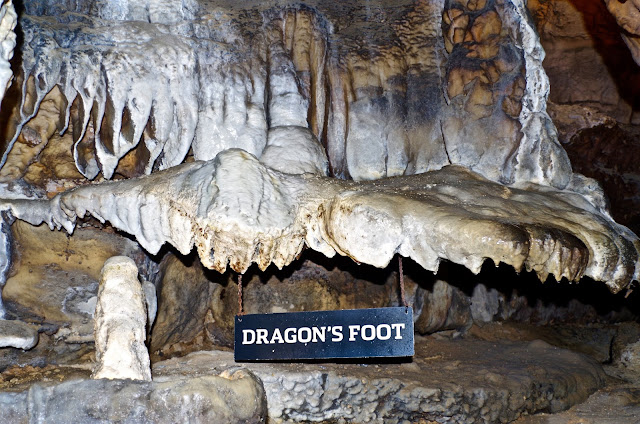 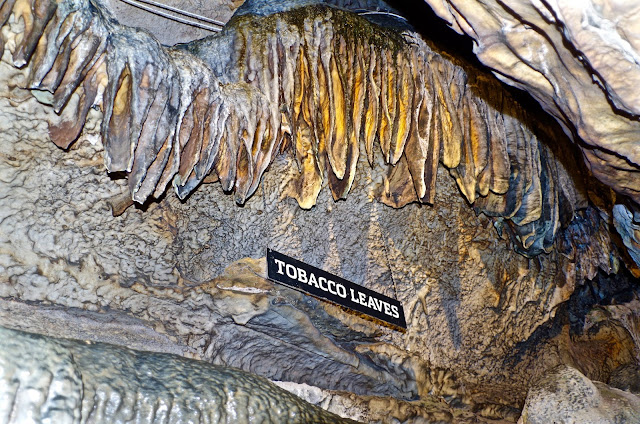 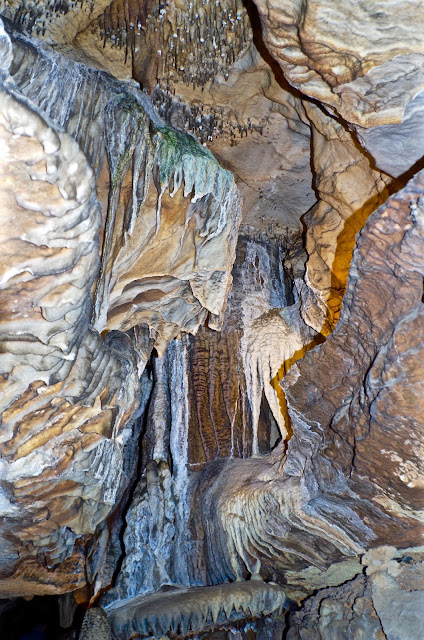 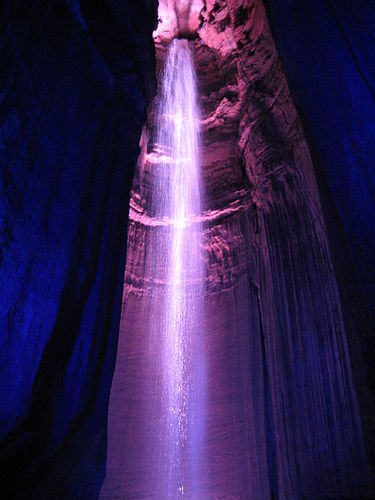 Having the waterfall, and it's "light show" at the end, made it all worth the trip!

...kicking back in Chattanooga, Marie