A quick visit to Pittsburgh!

I've been remiss in getting a blog out lately... I've had a bad case of the "retired lady relaxing syndrome".  Have you ever heard of it?  It's where you just want to sit around and do a lot of...nothing!  ;-)  So, that's pretty much been my "symptoms"!  I've read a couple of nice "summer books", taken some leisurely strolls around the towns and campgrounds we've been in, done some very mild sight-seeing (with very little photography) and sat and enjoyed late afternoon & evening campfires...and that's about it!  So, not much to talk about...except...I did want to share the last stop we made before we left Pennsylvania, and that was to Pittsburgh!

One day in Pittsburgh was not enough, but we jammed in as much as we could!  We started off at the Cathedral of Learning at the  University of Pittsburgh.  The University itself is quite something to see, but all we took time for was the Cathedral of Learning.  It is a 42 story Gothic Revival building that is the tallest educational building in the Western hemisphere and the 2nd tallest university building in the world!  Building began in 1921 and the first class was held in 1931. 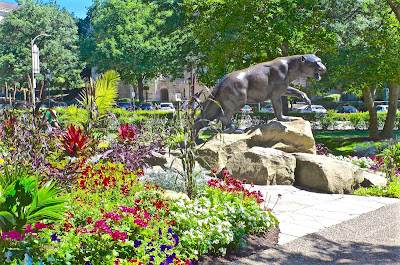 But why we were there, was to see the "Nationality Rooms"!  29 Classrooms, designed to celebrate a different culture that had an influence on Pittsburgh's growth, depicting an era prior to (or in the singular case of the French Classroom, just after) 1787, which is the year of the university's founding and the signing of the US Constitution.  The Nationality Room programs began in 1926 when Bowman decided that he wanted to involve the community as much as he could in constructing the Cathedral, so he proposed that each nationality that had a significant number of people in Pittsburgh would be allowed to design their nationality's room for the Cathedral. Each group had to form a Room Committee, which would be responsible for all fundraising, designing, and acquisition. The university provided only the room and, upon completion, upkeep for perpetuity. All other materials, labor, and design were provided by the individual committees. These were sometimes aided by foreign governments and the rooms contain many authentic artifacts and materials from the country represented. 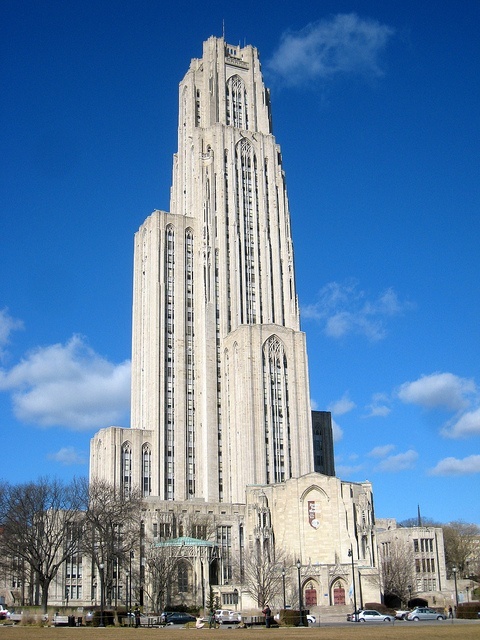 They give you a mobile tour guide and a key, and you are on your own to check out each room at your own pace.  Appropriate "theme" music accompanies each of the narration.  Each room was spectacular!  We thought we would just "check out a couple" and then go on about seeing the rest of the city, but we were captivated.  With my love of photographing architecture, doors and windows, I was in heaven!  I have to say, this was one of the most unique experiences we've come across in a very long time! 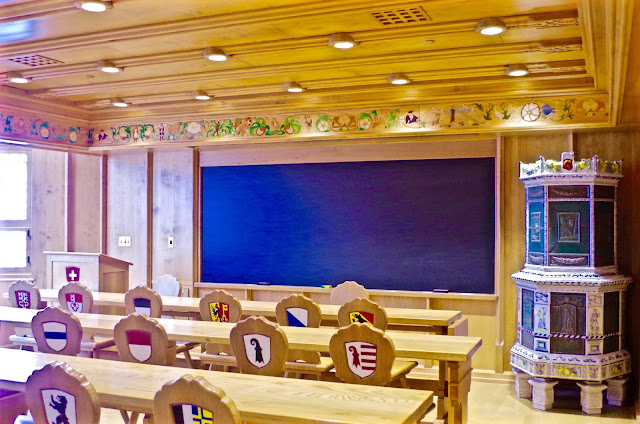 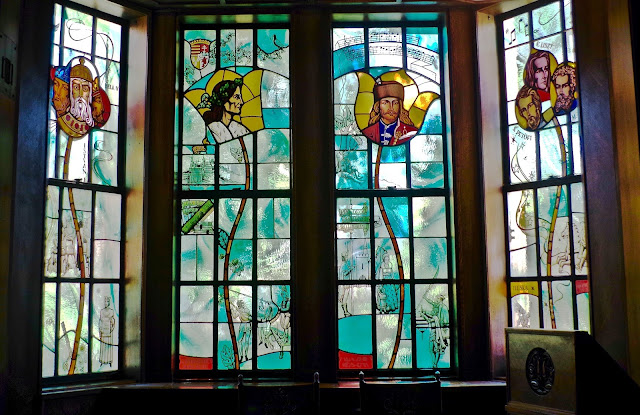 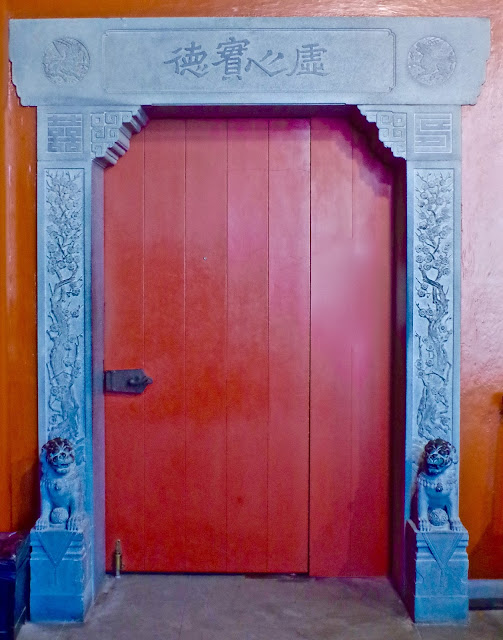 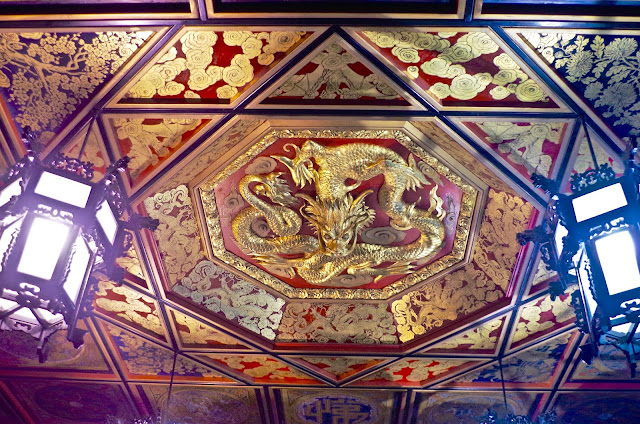 Well, that took us all morning, so it was time to eat!  Jack's cousin said to "be sure and head over to 'the strip' to Wholey's Fish Market for the best seafood you'll find anywhere!"  So that's what we did...and he was right, yum!  Cool place too, that "strip" area! 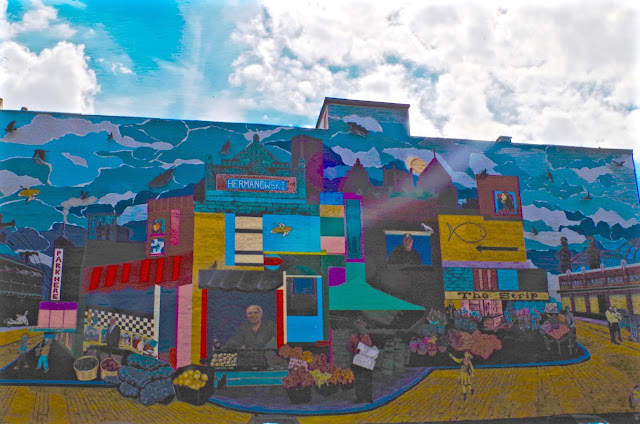 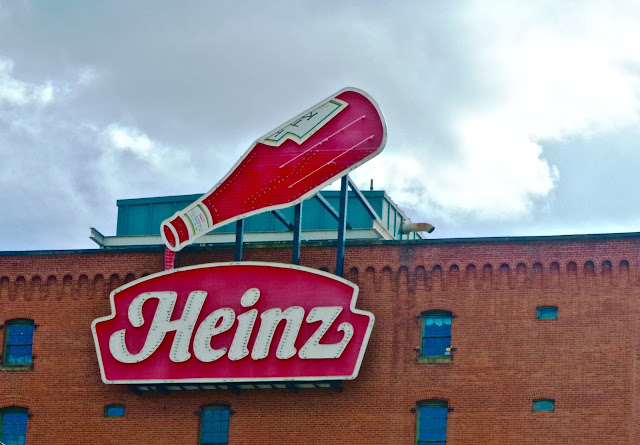 Time was getting away from us, so off we dashed to the Duquesne Incline that goes up to the top of Mt Washington.  This gave us a wonderful view of the city!  It was such a clear day, we could see all over the city and down all three rivers: The Ohio, the Allegheny, and the Monongahela.  Incredible! 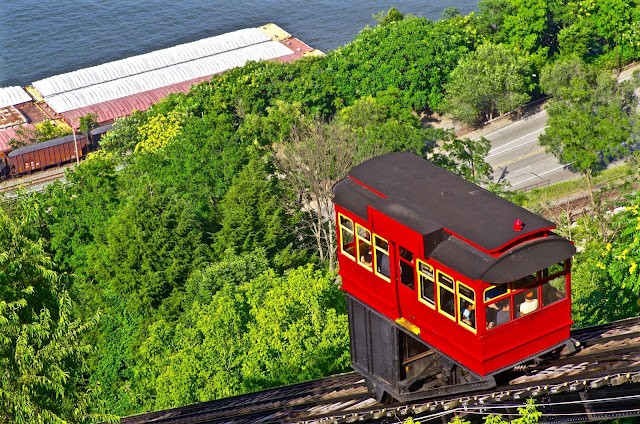 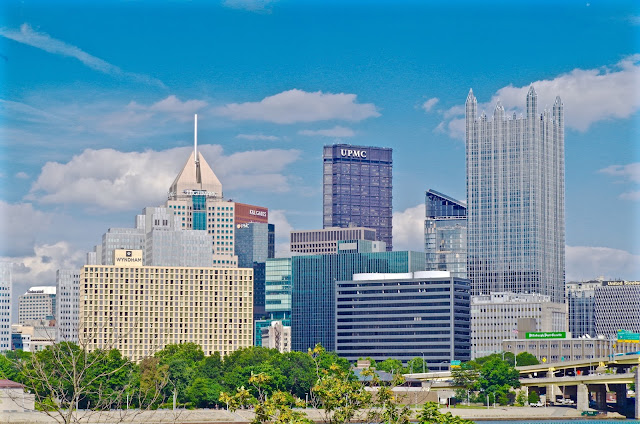 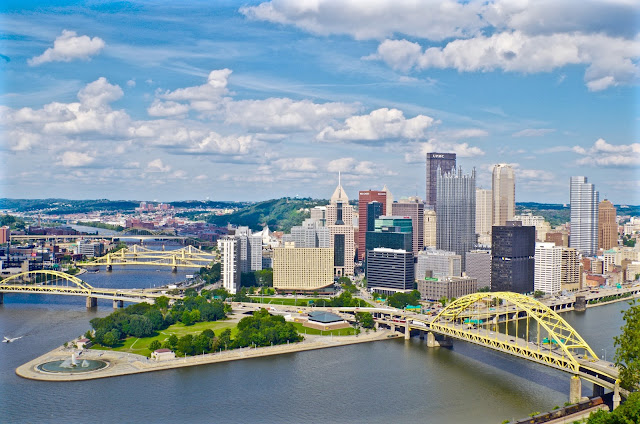 Well, by then it was "commute time" for those poor people who still have to work for a living...so, we decided the best thing to do, was to take a little walk down the street and have a nice cool glass of wine and just sit back and enjoy the lovely view and wait for the traffic to clear...and then head slowly back to our nice quiet campsite.

The rest of Pittsburgh will have to wait until another day...we will be back again, I'm sure!