Adventures in Santa Rosa...Two days can sure make a difference!

It was Saturday and sunny, so we thought we would take advantage of it and go see the Charles M Schulz Museum while we were in Santa Rosa for a few days.  Good Ole' Charlie Brown and Snoopy are my all time favorite comic strip characters, so there was no way I was going to pass up a chance to go see "Sparky's" memorabilia!  Seems he lived and worked the last 40 years of his life here in Santa Rosa.  He was a "regular man about town", building an ice rink, naming it Snoopy's Home Ice, so he could enjoy his passion of ice hockey, right here in California!  He grew up in St Paul MN, so was used to snow & ice, so to speak!  (we visited his home town back in Feb, 2013)  He would walk from his office (two blocks away) each day and have lunch in the adjoining cafe (Warm Puppy Cafe) and watch the local skaters, talk with friends, etc. then walk back and work until about 4pm each day.  He started his own hockey team for "seniors", people from 40 to 75 years!  From the looks of the pictures I saw, it appeared like they had a lot of fun. 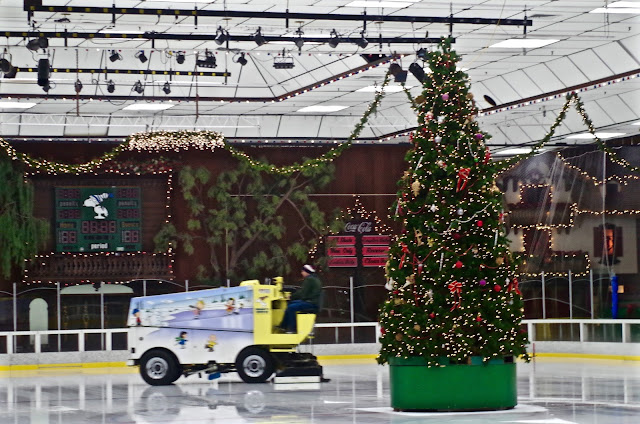 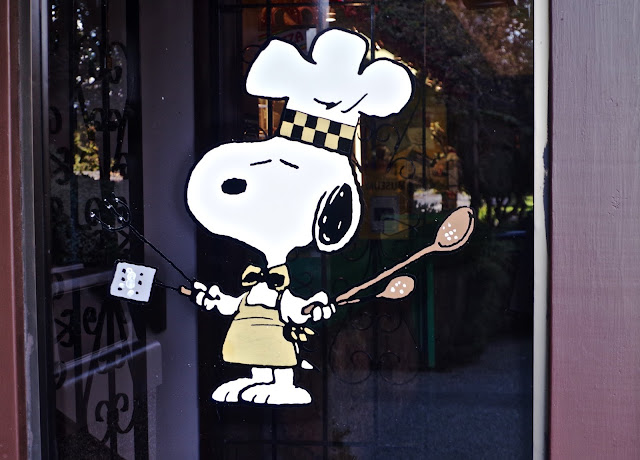 His museum was wonderful, not only filled with fun statues and artwork, but some of the original comic strips from the 1950's when he began.  It was really fun to see the changes in his drawings.  I hadn't realized they "morphed" like they did!  It was also fun to read and learn the history behind the names of his characters and stories, like every one's name is an actual friend of his.  He said once in an interview, that to read his strip, is to know him, because everything he writes is about him, one way or another.  When he knew his days were numbered (he had colon cancer) he discussed the future of the strip with his family (5 kids/2nd wife) and they all felt very strongly that no one could/should carry it on.  That once he was gone, it was done.  HE was the only one who had ever written, drawn or created Peanuts, so no one else should ever even try.  (Merchandise, etc. however, was another thing!)  So, now we only have "reruns", and that's how it should be. 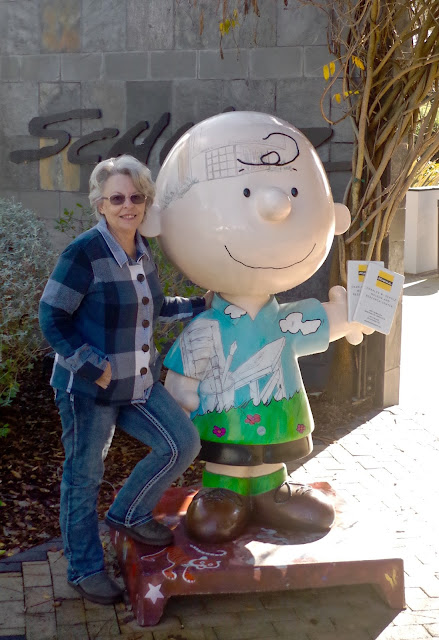 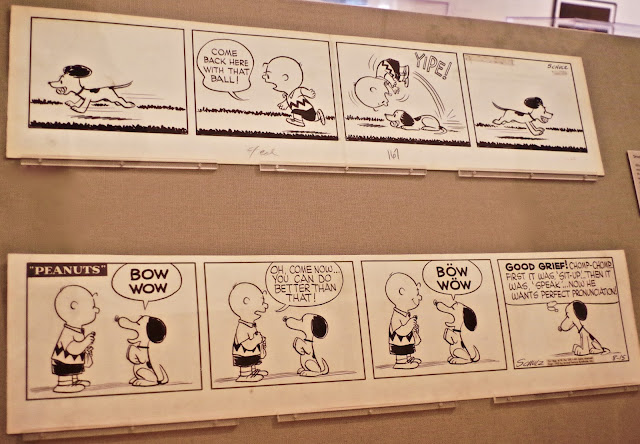 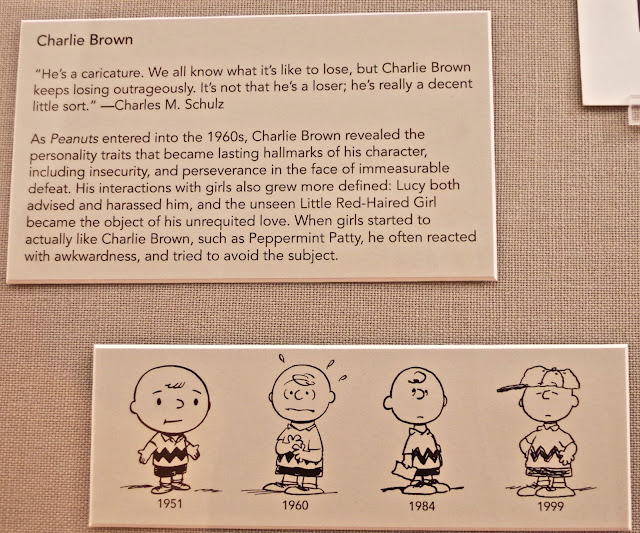 The following day we had planned to go see Point Reyes Lighthouse along the Pacific Seashore...and wouldn't you know it...it rained!  "Oh well", we thought, "we'll go anyway, how bad can it be?"  So, we drove the 2 hours out there, from the 101 to the 1 then along the bumpy Francis Drake Blvd.  All the while the rain kept coming down.  The scenery was nice, with lots of moss covered trees and historic ranches along the way, but the road was rough and long.  Well...we finally got there and found that you couldn't see the lighthouse from the parking lot (that would be to easy!), you had to walk another half mile, most of it up hill...in the pouring rain, to the lighthouse visitor center.  My good natured husband didn't send me out alone (after all, I'm the one into lighthouses, he's not!)  When we got to the visitor center, which was small, but warm, we found out that the lighthouse was still out and around and down several flights of stairs and down a path and out to a far point...in pouring rain and blowing wind!  Well...I went out and around and took a look and decided that my camera lens could capture it "just fine" from there!  We had done enough craziness already, we didn't need to do anymore!  So, back into the little visitor center I went to "thaw out" a bit, buy a souvenir post card & magnet and tuck my camera back into my coat and take a big breath and head on back to the car! 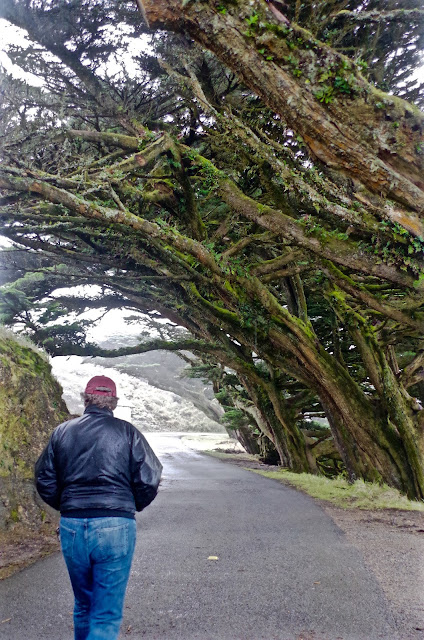 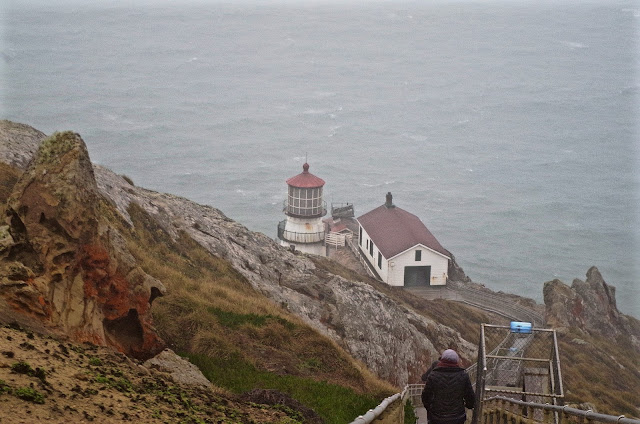 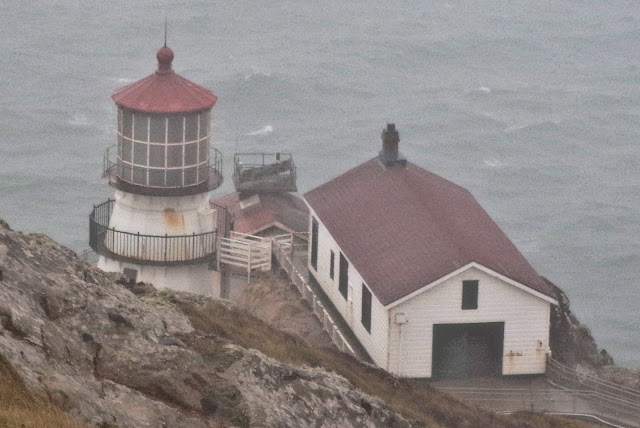 Once we made it back to the car, we peeled off our soaking wet jackets and sat and ate our picnic lunch while the car heater blasted full on to help warm us up and see if it could dry out our soaked pants.  While there, we had wonderful lunch entertainment watching couples drive in, park, start to get out, only to change their minds and get right back in again and drive away!  Smart people.  ;-)   Then, we drove another two hours all the way back to our campground in the pouring rain again...

Dare I say that we should have switched the two outings?  If only we had known...

If you wish to view the rest of the photos from this trip (I took much more at the museum!), you can at my Flickr account at:  http://www.flickr.com/photos/74905158@N04/
Posted by Marie