A day at the Zoo!

Just before we left San Diego we had an opportunity to visit the Zoo.  Each time we come here, we always seem to run out of time and never quite get over there.  This was a quick trip into the city for us, and not much visiting was planned, so we were able to schedule a day to run over to see some of my favorite animals and maybe catch up with some of the people I know as well!

You see, the Zoo is my "old stomping grounds"...I worked for the San Diego Zoo for over 20 years and loved it.  The people, the place, the animals...all wonderful!  I don't miss "working", but I do miss "seeing", so when we can, we do like to visit both the Zoo and the Zoo's Safari Park in Escondido, which I also worked at and enjoyed.

This year marks the Zoo's 100th Birthday.  I had so wanted to make the "official" Birthday back in May, but just couldn't quite make it back, but was determined to at least get here sometime this year to see some of the things that were set up for it, and was so happy we did! 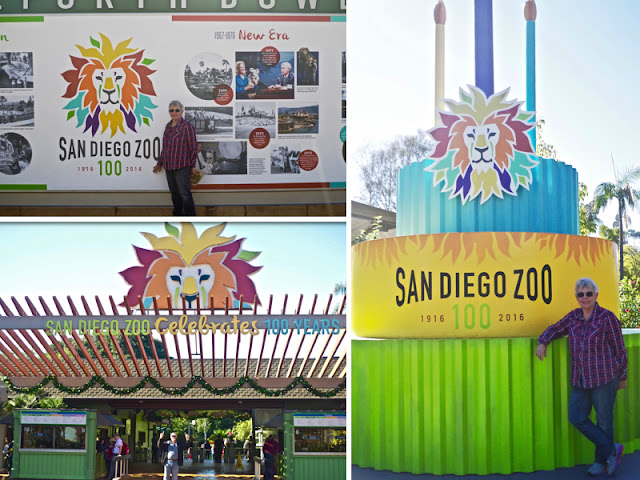 Being a holiday week, almost everyone I know, was either on vacation or at a meeting, so I didn't get to see many "human" friends, but Jack and I made our rounds to some of my favorite animals.  Even some of them were off exhibit tho!  ;-( 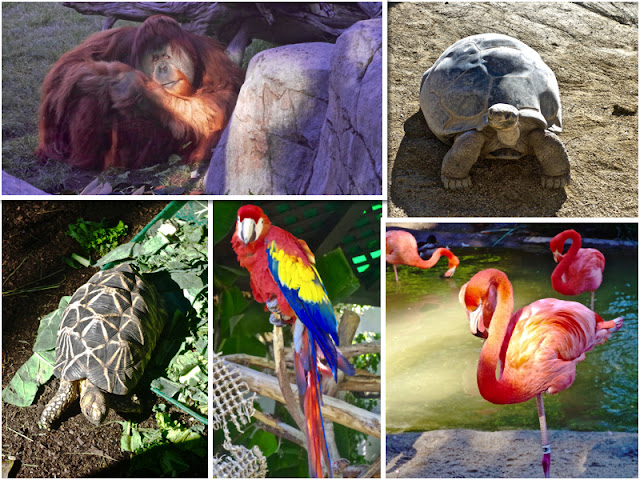 We also enjoyed seeing the newest addition, the South African Penguins.  The zoo used to have penguins many years ago, but hasn't for a very long time.  It's nice to have them back again.  They are just in a temporary exhibit for now, but once their new exhibit is built, it will really be nice. 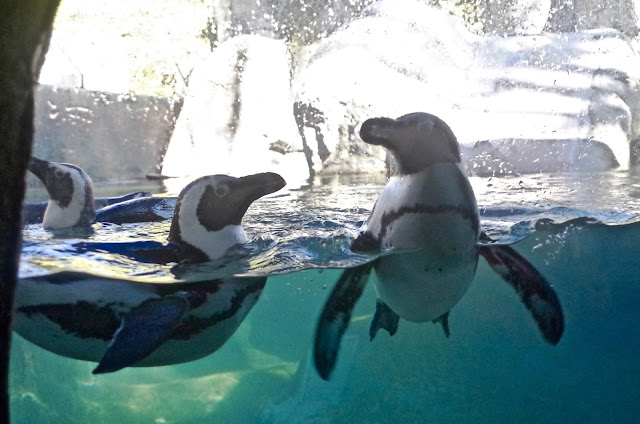 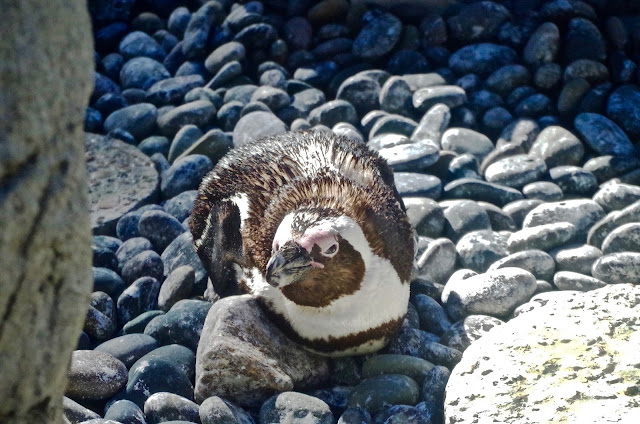 Because it's their Birthday year, they have a new show in the Wegeforth Bowl too, called Centennial Celebration Show.  A nice show that had a combination of live animals and videos.  They brought out some new animals (to me), a couple of wolves which was pretty cool.  They also brought out one of the cheetahs and her dog.  The zoo pairs up a number of their mammals with dogs to help them be less frightened of people and places.  It has worked wonderfully for years. 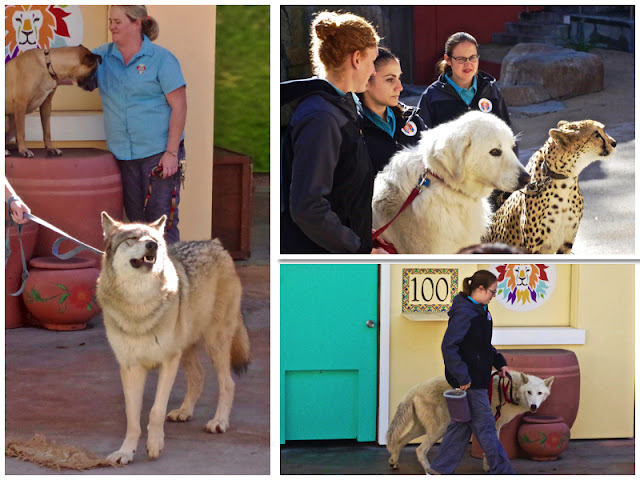 Since we were not trying to see everything, we just took our time and wandered around the wonderful aviaries that the zoo has.  It's so fun to just get lost in them!  You can stroll around and around in them and see and hear so many beautiful birds, then the next thing you know, you've found yourself in among the world of exotic monkeys swinging from branch to branch! 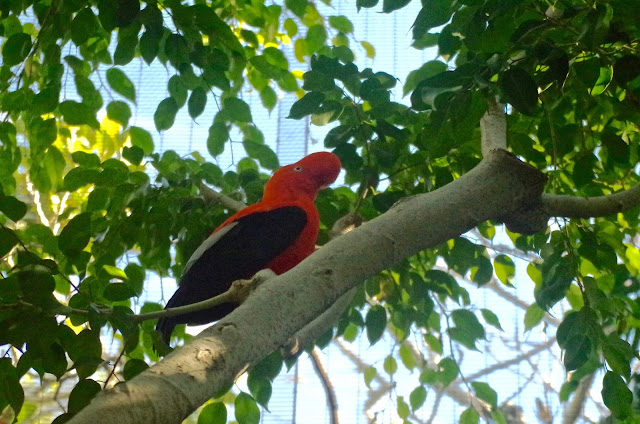 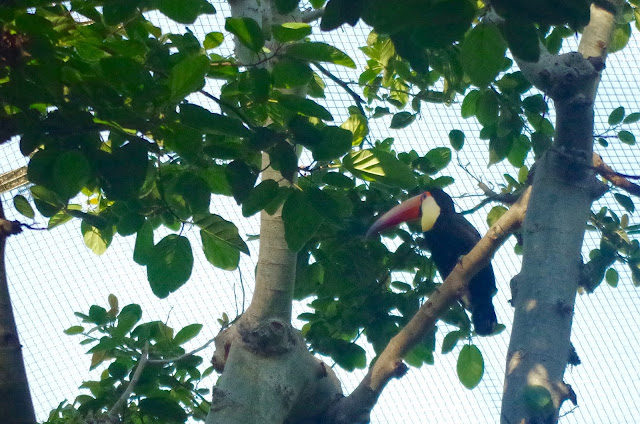 Before we knew it, it was 4 o'clock and we were ready to call it a day...  One last stop in the gift shop (to pick up just a couple of things) and then a fond farewell for now...


...on the road to Desert Hot Springs,  Marie