Every photographer has that one type of picture in mind that they want to capture...that one location they want to go to.  For years I've seen dozens of beautiful pictures taken in the slot canyons in Utah.  The swirling cliffs, the magnificent colors, the sunbeams shining through...all so magical.  I wanted to experience it for myself.  Someday.

Each time we visited Utah I told myself "this time"...but it never happened.  One thing about slot canyons is you have to be careful of the weather.  If there is the slightest chance of rain...you want to stay far away from them!  Because, let's face it, it's flooding that makes them what they are!  Just a few weeks ago, 9 people thought they were "safe" in going, it was only a few drizzles after all, and whoosh, a flash flood, and they were drowned.  Not the way I want to go, thank you.

This year, however, was the year!  The weather was beautiful, we had the time, all was good!  So, I started checking it all out.  The most "famous" is through the Indian Reservation.  There are two tours that I read about, one that seems dozens at a time go on, herding you through rather quickly (ugh), the second, a "photographers tour" which is much smaller (6) and is 2 hours, but costs between $225-$300 pp.  A bit out of my budget.

I was talking with our camp host about it, and she told me about the Peek-A-Boo slot canyon and said it was amazing, that I should look into it.  So, I began researching it.  After a few phone calls, I was able to get a guide for the following Thursday morning!  An angel must have been watching over me, because we got Mike, the owner of Kanab Western Adventures and we ended up being the only two on the tour!  Mike was wonderful!  He asked us if we had any time constraints, and when we told him "no", he gave us his all!  I told him I was a photographer and this was my dream to photograph a slot canyon, so "have at it"...and he did!

He loaded us up in his spiffy 6 passenger ATV, another first for us, as we'd never been on one before!  What a great ride!  The trip to the canyon is a 3+ mile drive on very soft sand, so a 4 wheel drive is a must!  ...and that's what two crazy folks found out when they tried to drive their cars in it!  We came across them not a half mile into the sand, with both their cars (why did they take two cars?) stuck half way into the deep, soft sand!  Oh my!  We offered to call them a tow truck and give them water.  (They later walked in, crazy!) ...And then my dream came true!  What an experience!  Wow!  The three of us spent four and a half hours together that day, walking through this area and then driving over to see some neat Indian ruins with a couple of petroglyphs and an old artisan well.  All in all, an experience I will never forget.

Here's a small sample of the more than 200 photos a I took!  I just couldn't stop shooting! 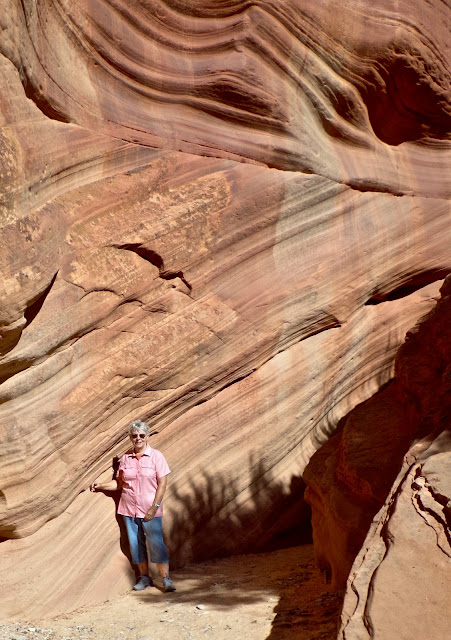 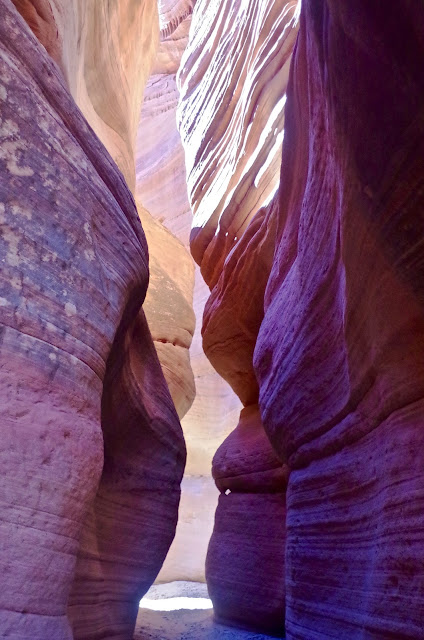 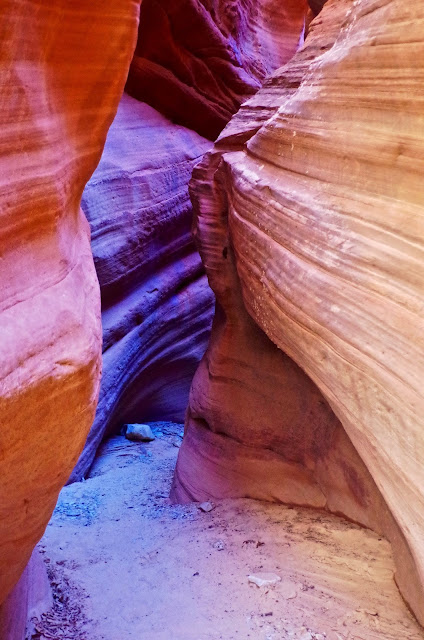 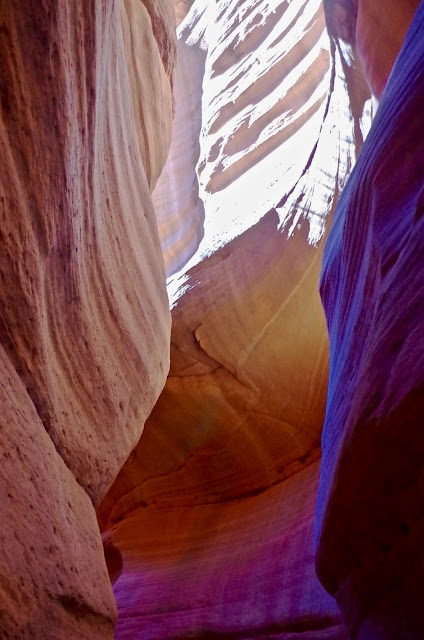 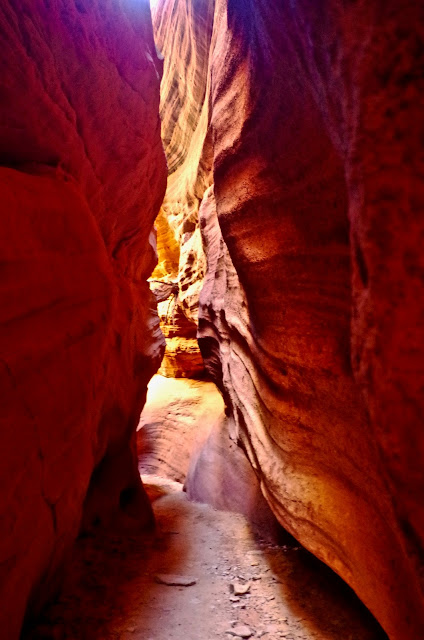 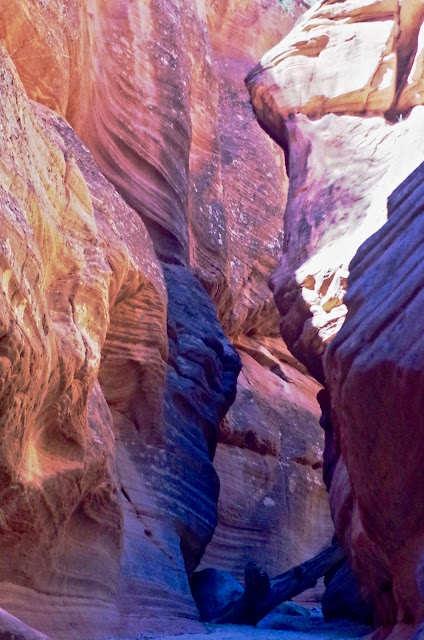 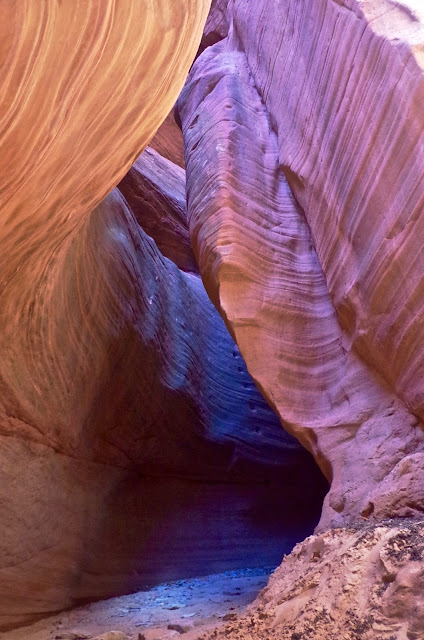 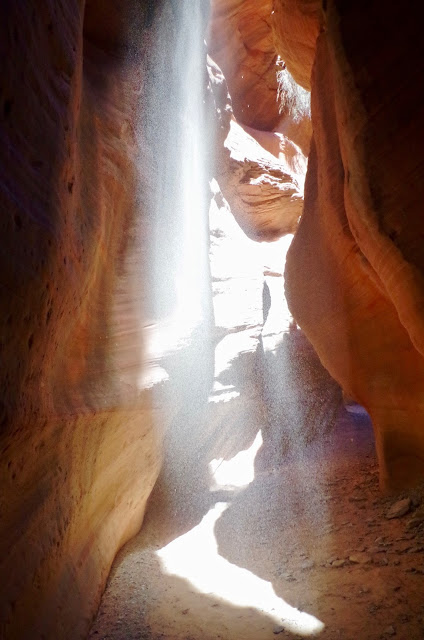 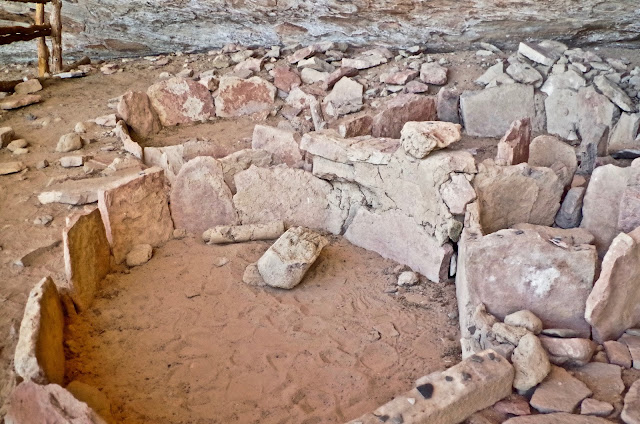 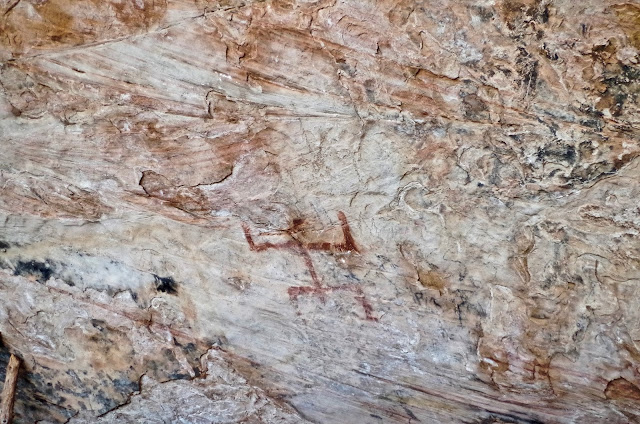 This was such a wonderful way to end our stay!  We are now off to experience Colorado!