As we head south, we decided we would take State Highway 99 for a change of scenery this time.

We got a nice view of Mt. Shasta as we drove through Weed.  Beautiful mountain... 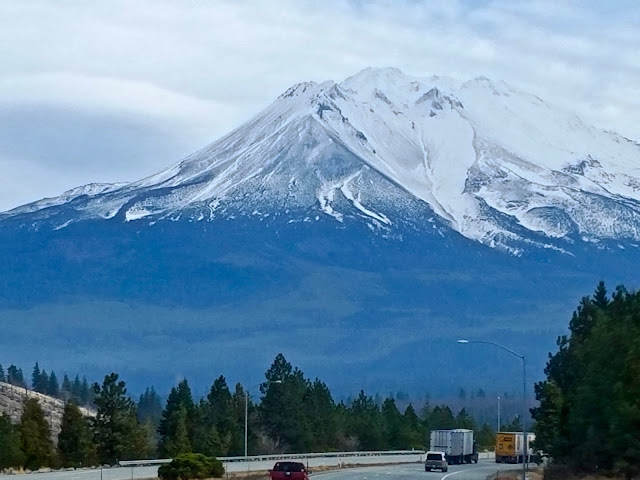 This has put us through some towns that I haven't seen in many years.  One such town is Modesto.  We decided to camp just outside of Modesto in Patterson for a couple of nights, so we took a day trip over to it.

When I was a teenager, I had an aunt who lived here, and later on, my Dad and step mom lived here for a few years.  I have some fond memories of this town.  My aunt had a huge black walnut tree in her front yard, and for many years, she would send me a big bag of walnuts for Christmas!  It was one of my most favorite Christmas gifts ever.

My Dad worked for one of the large almond growers that supplied almonds to Blue Diamond.  Modesto, and the surrounding valley has hundreds and hundreds of nut orchards, mostly almonds, but I believe, they also grow walnuts and pistachios as well.  This whole areas is the "grocery store of America".  Dairy, citrus, vegetables, fruit, nuts, just about everything...you can't go hungry here!  ;-) 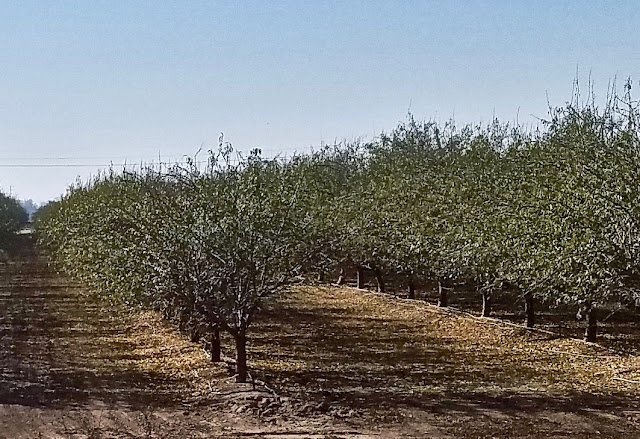 My very first trip to San Francisco was when I was spending the summer with my aunt.  I was about 14, and a son of a friend of hers and his friend invited to take me to go see the city since "we were so close".  He had a little MG, and the three of us piled in...me in the way back...good thing I was small then!  What a hoot!  But, when your that young, you don't care, it's all fun!  ;-)

George Lucas probably made Modesto more famous than anybody, since he grew up there and based his movie "American Graffiti" on it.  That happened long after my summers there, so I missed the hubbub, but the town has rewarded him with a cute statue & park in his name as well has the American Graffiti Classic Car Show and Festival every summer. 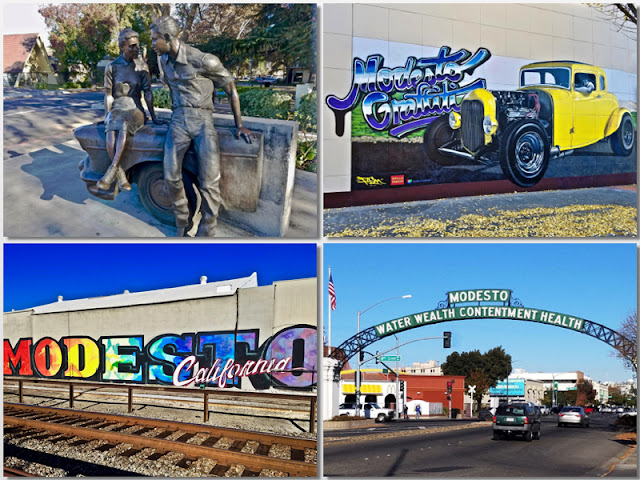 It was nice to just drive down "main street" and see the changes (and some familiar buildings) and just remember my fun summers here... 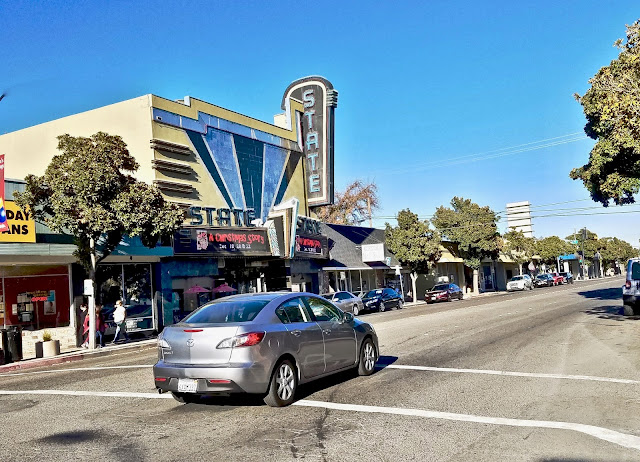