After leaving my family in Washington, we headed south to get out of the cold and the rain as fast as we could!  I love my family and I love spending time with them, but I confess, I'm not a big fan of the cold & rain!  So, being in Washington in the winter is not a big draw for me, and if my family wasn't there...neither would I!  ;-)

Each year when we leave Washington after Thanksgiving we cross our fingers that the weather doesn't mess us up.  It's always a gamble as to which route to take, and each year we study the weather, read the reports and in the end, it's almost like flipping a coin as to if we are going to face snow & ice on I-5 or flooding & mud slides on 101.  We've had both experiences and had to back-track and move from one to the other because of them!  Fun.  This year, however, we got nothing but sunshine all the way!  Yea!  As we traveled south, the temperatures got warmer and warmer, so nice...

We decided to spend December pretty much along the Colorado River, just sitting back and "doing nothing".  We belong to Colorado River Adventures and almost never use the membership because we are rarely in the area, so decided that the wise and frugal thing to do this year was to spend the last few weeks of the year using it!

So we parked ourselves just outside of Lake Havasu for the first week, them moved over to Emerald Cove in Earp until the end of December.  The only down-side to all of this was that the WiFi is really hard to get (here it is the last day of December and I just now was able to finally get on!!) and no TV reception at all.  So, it's a good thing we like to read and that we have a great set of movies to watch on our own!  ;-) 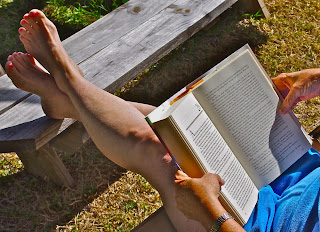 Christmas was quiet this year.  At our age, it's pretty much sending presents to grandchildren and getting calls from our children.  I did get a very unexpected present from a dear friend that was such a delight.  She ordered me a lap blanket from Ireland that is from "my Gorman clan".  It came with a tag that explained my family heritage, etc.  Very, very cool. 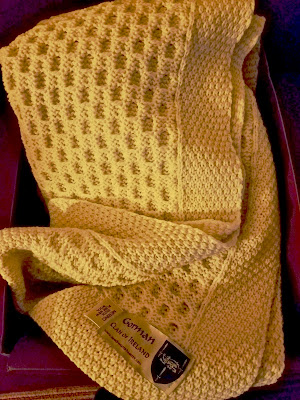 We did get invited to join our friends for Christmas in Surprise, so we gave ourselves a Christmas present of a two night stay at a hotel near them and drove over Christmas Eve.  They treated us to a wonderful dinner that night, a Christmas brunch and a Christmas dinner as well.  We felt very spoiled.  The sun came out and the six of us had a lovely time visiting and catching up on all that's been going on in the few months that we've been away. 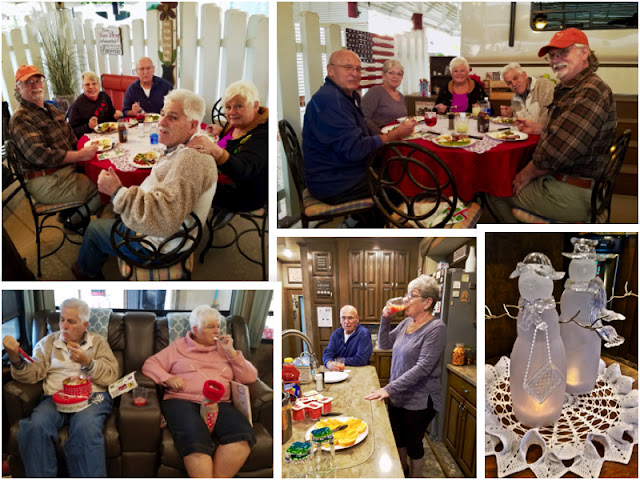 We will be back at the first of the year to stay again for three months.  This time I'm not going to break anything, so am planning on joining in on several of the activities they have at the resort.  Jack too, has several projects he has in mind to do.

It's been an interesting stay here.  Quiet, yet noisy.  It's quiet in that people really don't mingle much, not like at other campgrounds.  They smile, but they don't stop and chat, not even your next door neighbors, and they are very close.  Odd.  Noisy, because many of the boats are speed boats that just love to rev up their engines and zoom up and down the river.  Wow, they are loud! 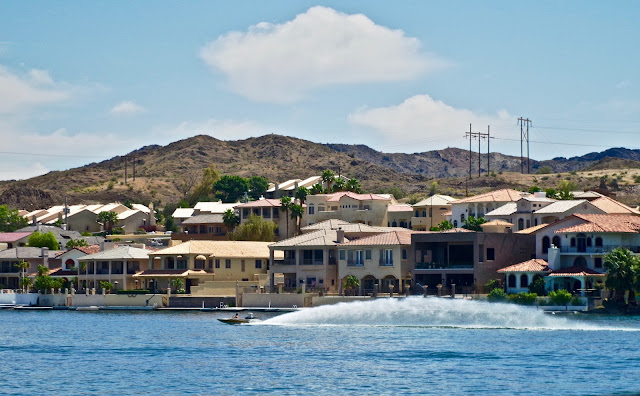 There is one more novelty here too...what I call "the three amigos"...it's the wild burros that come to visit.  They seem to just wander in at will, and hang around and then leave again.  We've run into them as we've taken walks around the campground and they are either bunched together in the shade by one of the cottages or wandering around some of the RVs drinking water out of a bucket that was left out.  Kind of cute.  I only had my camera with me once, of course... 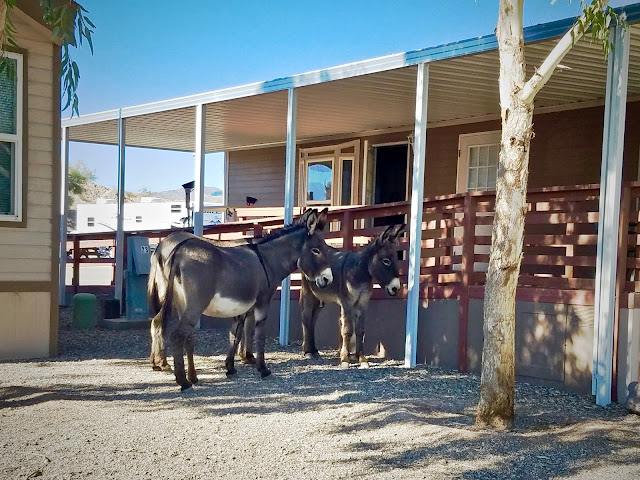 All in all, it was a restful stay and a nice way to end our year... 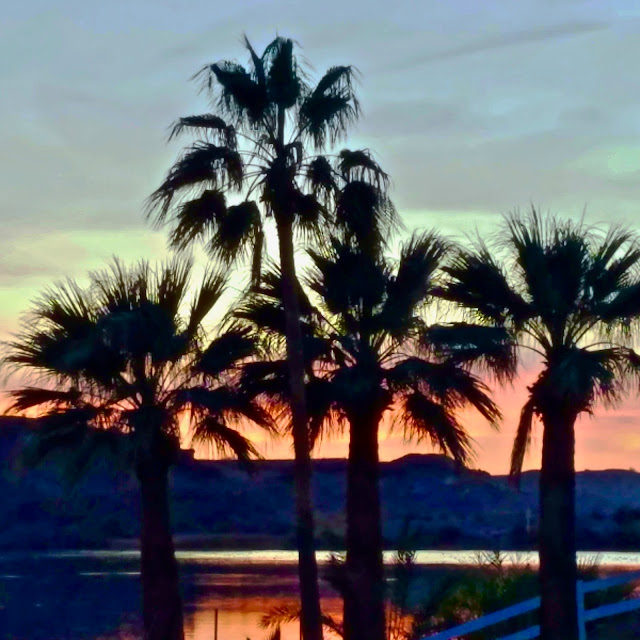