As we headed out of town, we took a side trip to Trinidad Co.  We had been here several years ago,  so this was a quick trip through this time just to see it again, and what changes there might be, or what we might have missed. 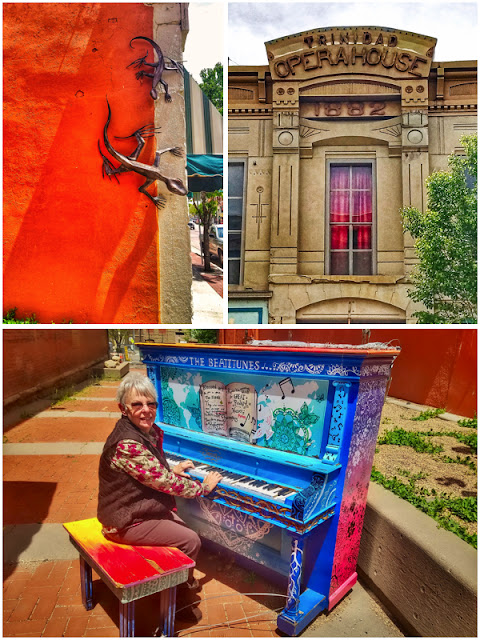 One of the things we did want to go see this time was just out of town, in Ludlow.  It was the site of the Ludlow Massacre.  It was the Ludlow Tent Colony Site National Historic Landmark.  Jack had to enlighten me, as it was something I had not heard of before.  The coal miners called a strike in September of 1913.  The coal companies evicted thousands of miners and their families from their homes in company towns.  In January of 1914 the United Mine Workers Assoc organized a rally in Trinidad to protest poor working and living conditions.  Governor Ammons called out the Colorado National Guard to help keep the peace and by April 1914, membership in the local militia units consisted mostly of company employees, who sided against the miners.  On April 20th hostilities came to a head, which resulted in the Ludlow Massacre.  Lives were lost on both sides.  The tent colony burned and two women and eleven children suffocated in a cellar dug beneath their tent, know as the Death Pit.  The Death Pit and the monument serve as a memorial to those who lost their lives in the battle. 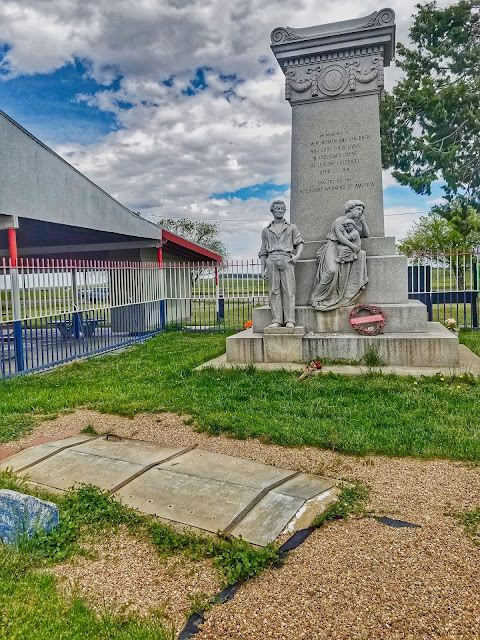 John Lewis officially became UMWA president in 1920 and remained at the helm for 40 years.  Lewis built the UMWA into a formidable union, raising the living standards of mine workers throughout North America and transforming health care in Appalachia.  His work in creating the Congress of Industrial Organizations (the CIO) in the 1930s brought millions of unorganized industrial workers into unions and led to an increase in living standards for millions of American families.

All this happened long before many of us were even born, and if it were not for memorials like this, we wouldn't know of the bravery of those before us.  That's why I believe it's important that statues, and memorials are important, least we forget...and therefore repeat our mistakes.

We are now in a new area of Colorado for us!  Alamosa!  It's home to a National Park...so, we got to go to another one yesterday!  This one said it was one that is "a least visited park"...well, I had to laugh as we waited in line for an hour just to get into the park!  ;-)  It is the Great Sand Dunes National Park and Preserve Colorado!  Well, it was worth every minute of the wait!  After all, we don't have little ones asking "are we there yet?", or anything barking, we had food and beverages, and nothing else on our agenda, so, we were just fine with the delay...The sun was shining and as we inched along, I got out from time to time and snapped pictures!  All was good! 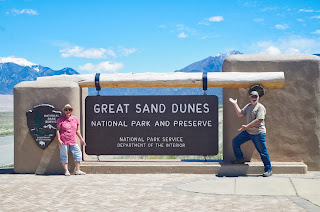 Once we arrived, Jack's "parking karma" worked and we got a parking spot at the Visitor's Center, went in and checked things out, saw the video, purchased our postcards, etc. then drove on down to the dunes, and once again found another parking spot, had our lunch then walked on over to see the dunes.  Well, what a site!

First of all, coming from California, I'm used to seeing people experiencing dunes via "dune buggies" - right off the road.  Big white hills, with people driving all around, here and there, up, down, around and around.  So, I guess, that's kind of what I expected.  Nope, not here. 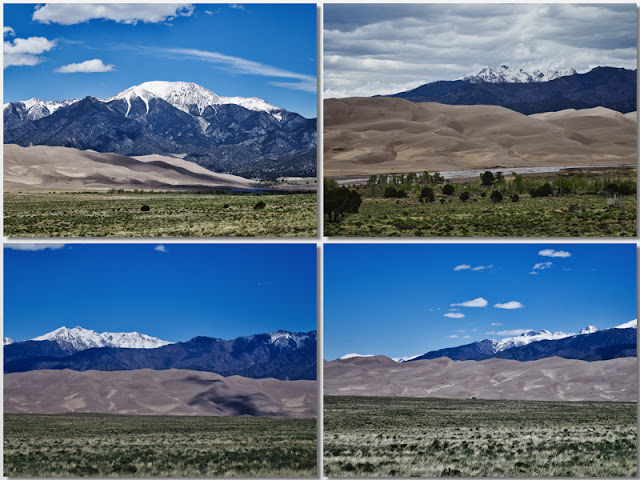 Here, it's treated more like the beach, only...up hill, a 700' hill.  First, you walk, play in a creek, a very cold creek (well, cold to me, not so much to the locals, they thought it was just fine).  Then, after crossing this creek (Medano Creek) you walk along the sand for quite a bit, this you hike up the hill as far as you want (the dunes go up 700') and you slide down on however you want...people bring wooden boards, snowboards, rubber tubes, or just tumble down!  Some just like to climb to the top to sit and look out at the mountains.
People come for the day, bring chairs, tents, buckets, coolers, beach stuff!  It's amazing! 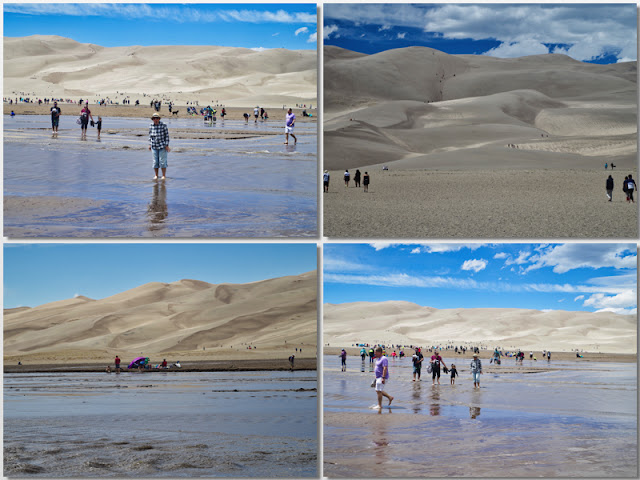 We made it as far as the base of the hills, but by then I was out of steam, no way could I make it up those hills.  By then the winds were really blowing, stinging and I had, had enough.  It was beautiful, amazing, fun, and I was ready to leave.  Leave the "sliding" to the young ones.  Maybe 20 years ago I would have done it, but not today...but I had fun anyway!  Glad we came!  Interesting place, I must say! 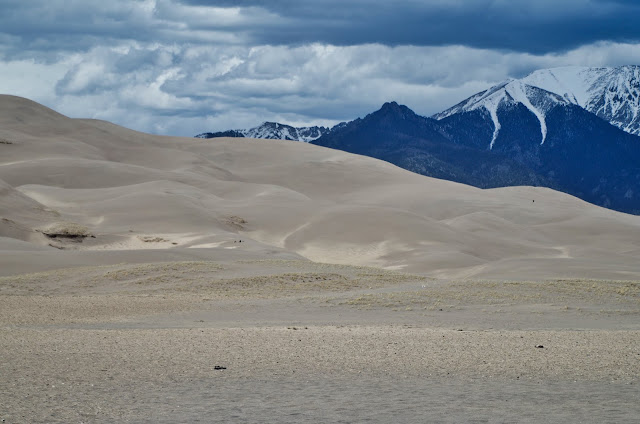 ...on the road in Colorado, Marie