Every time we “travel” we drive through the big state of Texas.  Mostly because one of my son’s lives there, but also, it’s hard NOT to!  So - I try to route us so that we see different parts of Texas each trip (or as much as possible).  It takes us two days of “one-night stops” then I like to try and take a break and find us a place to stay for at least 2-3 days.  After traveling here for over 8+ years, this has become more and more of a challenge! ;-). Well, doing some scouting, I found that if we got off of I-40 and went over on 158 to a small town called San Angelo, they had a nice state park with a lake, an old historic fort, a nice town with murals and art to view…all sounded great for a couple of days!  So, I booked us for 3 nights.

We arrived at 4 PM and pulled into a nice big roomy spot by the lake and took a walk to stretch our legs after our long drive.  As with most state parks, all the sites were long, level, with lots of room and far apart from the others.  As we ate our dinner that night we watched about a dozen deer outside, enjoying theirs too!  Later, Texas gave us a lovely sunset to end the evening… 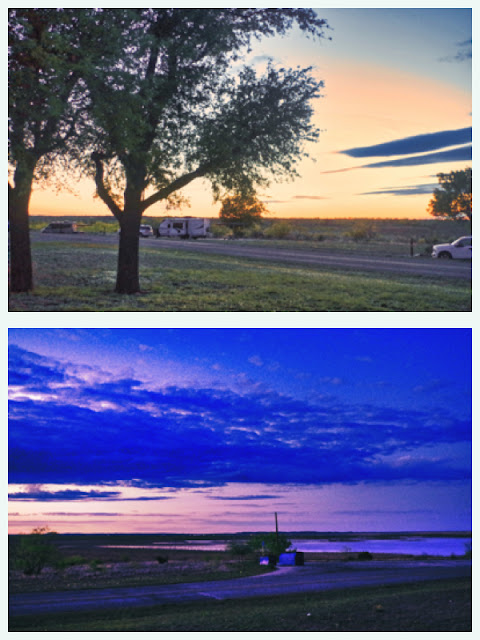 The following day we started off at the Visitor’s Center where they loaded us up with maps and information of all the incredible art and fun places to see here.  San Angelo used to be the wool capitol of the world up until 2011 when the drought forced the a decline in Texas sheep.  The area used to produce more than one million pounds of wool a year.  So when they decided to do a promotional fundraising, a fiberglass sheep was a natural selection!  Now they have 100 painted sheep spread out around town!  I had fun taking just a few pictures… 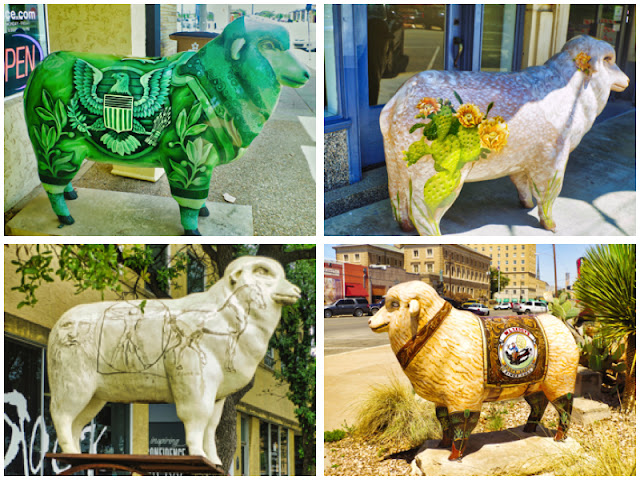 Artists thrive in this town…their talent is everywhere!  One form I admire is murals.  I don’t think muralists get enough credit.  The ability to paint on such a large scale, outdoors, on various surfaces, in all kinds of weather and still produce the detail they do is incredible.  The murals I was able to view in San Angelo were no exception - absolutely beautiful. 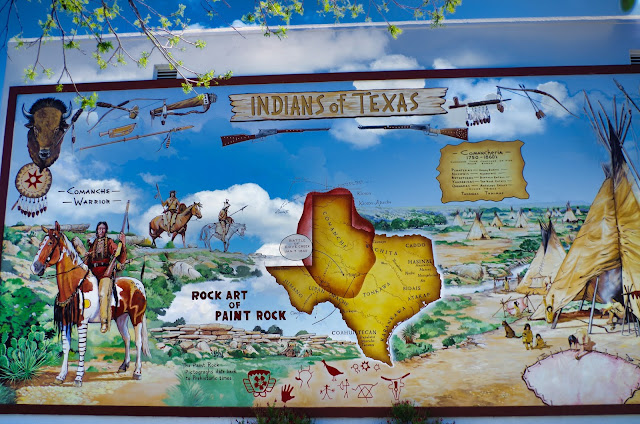 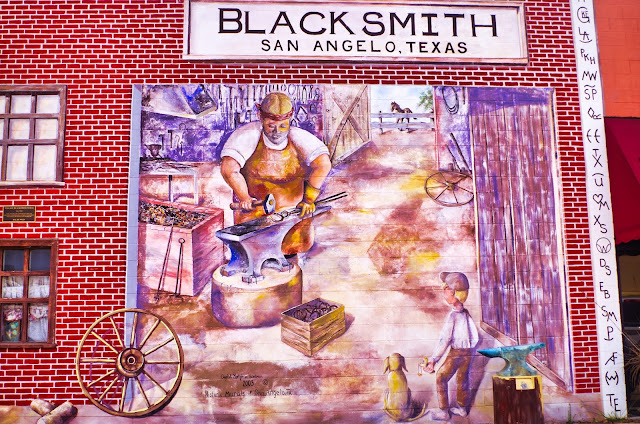 No “graffiti” here!  They support art by supplying areas for their artists, calling it “Art in Unusual Places”.  It was so fun, almost everywhere you turned, you found something!  Under a bridge, we found a mosaic VW Bug, Truck and Chair! 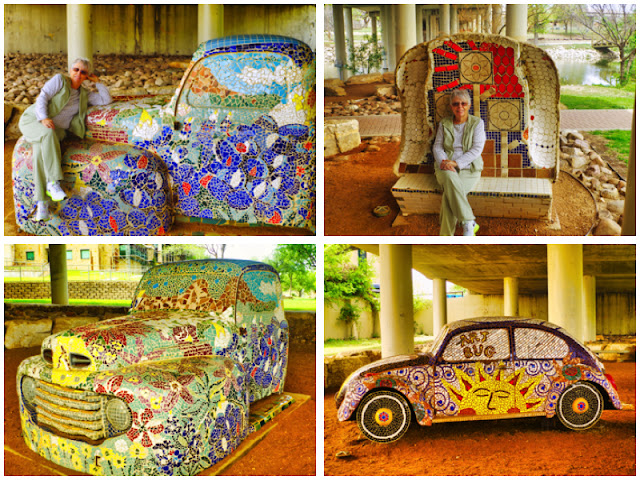 Then, there was “Paintbrush Alley” where a whole long alley had paintings, many dedicated to the movie “Giant”, but walls, dumpsters, doors, posters, etc were all painted - large and small works of art! 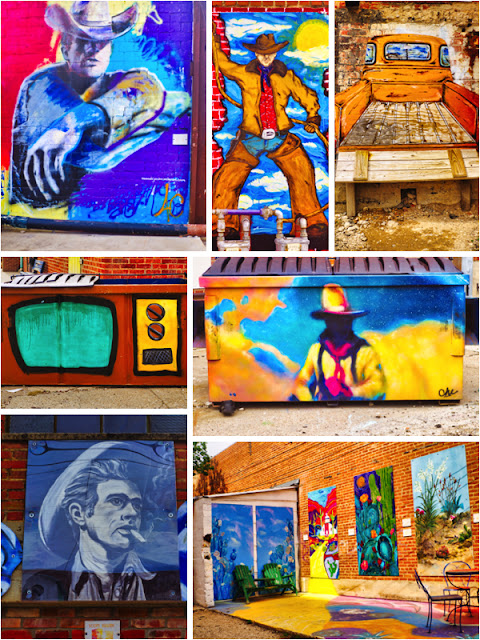 Then, elsewhere in town was another old empty store, turned into a “Pop Art Museum” with more funky, fun art of all kinds, including painting the tree trunks growing there!  So cool. 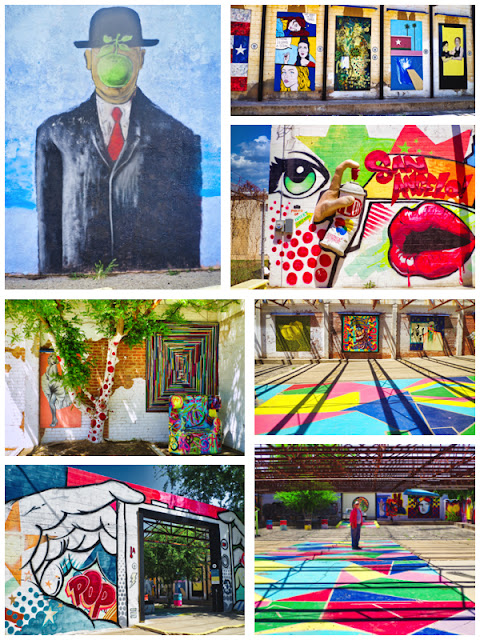 The following day we started out with a visit to Fort Concho National Historical Monument.  They built the fort from local limestone rock, so it has lasted well all these years.  They had over 400 Calvary and enlisted solders including a troop of Buffalo Solders during it’s operation.  The fort was active from 1867-1889. 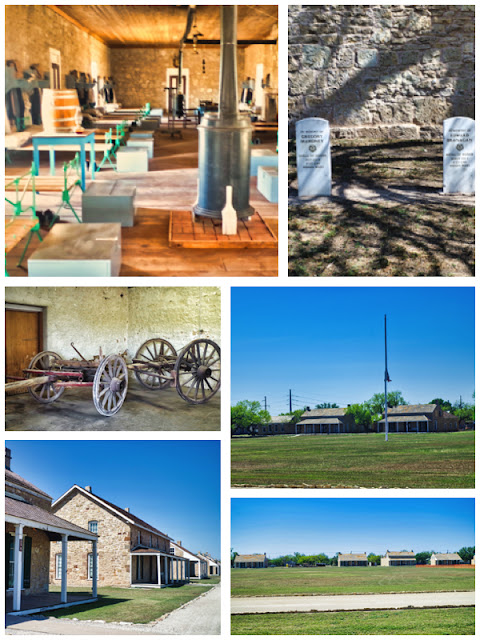 In one of the buildings a telephone museum was set up called E.H. Danner Museum of Telephony.
Wow, what an amazing collection!  They even had one of only 2  Gallows Frame models still known to be in existence of the original five invented by Alexander Graham Bell.  So many types of phones I’d never seen before, and many from other countries - like a really cool “dual-party line” wall mount from Taiwan.  They included switchboards, teletypes, a telephone pole and lineman equipment, and even a nice wooden telephone booth.  They even had a switchboard like I used to use “back in the day” ;-).  What a great stop that was! 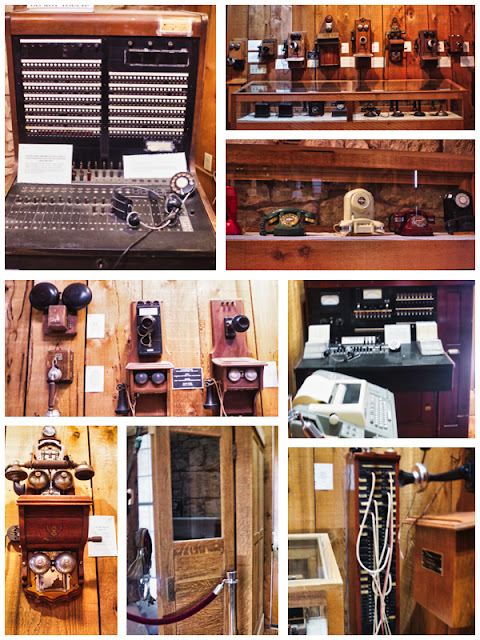 Another little surprise was the International Water Lily Collection.  Several ponds of various water lilies from all over the world - here in San Angelo Texas!  Many were not in bloom yet, but some were, so, of course I took pictures!  ;-) 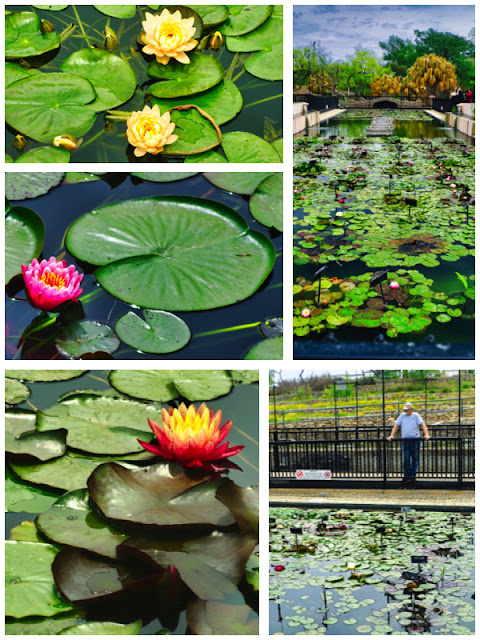 Our last stop of the day was at a delightful sculpture that the lady at the Visitor’s Center told me about, called “Lady in Blue”.  The story goes like this...a young cloistered nun in the village of Agreda, Spain reportedly lapsed into deep trances while in prayer and described visits to the New World, where she taught the natives.  She told visitors she made more than 500 spiritual visits to the New World, though she in fact never left her monastery in Agreda, during her lifetime.  In 1629 twelve Jumano Indian capitanes arrived at Isleta, NM carrying a cross covered in wildflowers requesting to be baptized.  Jumanos claimed their knowledge of the Catholic faith was taught to them by a beautiful young lady wearing a brilliant blue cape.  Spanish priests arrived at the Concho River confluence area at present day San Angelo.  Over 2,000 Jumanos were baptized in the first weeks. 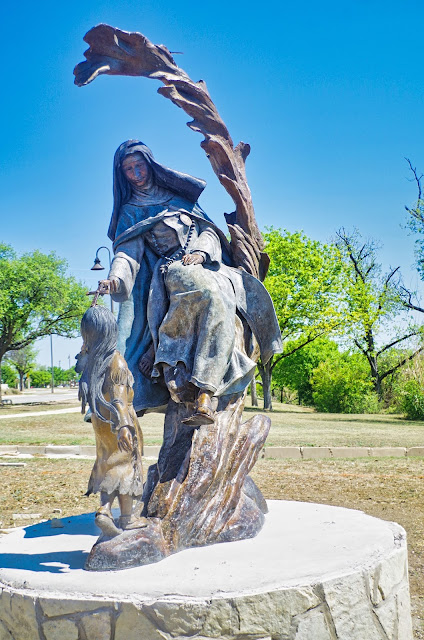 For such a small town (only 93,000) it sure packed big surprises!  Just goes to show you…there is always wonderful adventures still around every corner!

…on the road in Texas,  Marie