His interests include almost anything "military"...so a side trip to see the H.L.Hunley, was on the top of his list. It's only open on the weekends, so once again we were "in the right place at the right time" and made the last tour of the day! I tag along on most of these tours, like he does on mine, to be supportive and take pictures; but I have to say, I actually found this one interesting. Seems this guy (Horace Lawson Hunley) was pretty clever actually, given the times (1863)and invented a unique submarine. Of course it wasn't perfect, no invention is the first few times, and it sank and was lost after it did it's intended job. It was only found again in 1970 and even then it took years to get it through all the red tape to study it. Archaeologists have been examining it ever since. They have learned a lot, and are still finding things out.

My interests, as you know, if you've followed these blogs at all, is lighthouses! There are two in the general area of Charleston. One is out in the water, but easier to see than Cockspur was. Our friend Harold took us on a drive to go check them both out. The one at Sullivan's Island is real different - it has a triangle shape, and an elevator! Interesting story about the guy who designed it. We got to see some dolphins playing while we admired the Morris Lighthouse out on it's tiny spit.

Afterward, we all enjoyed the trip to Angle Oak. What a beauty of a tree she is too!! It's 65' tall and 28' wide and estimated to be over 1500 years old. We were all glad we took the trip out to see it. It made a great ending to a beautiful day! 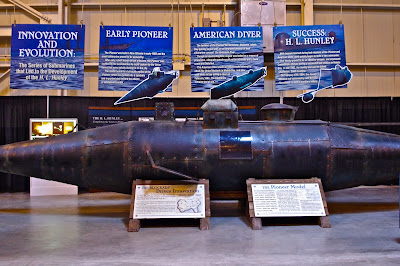 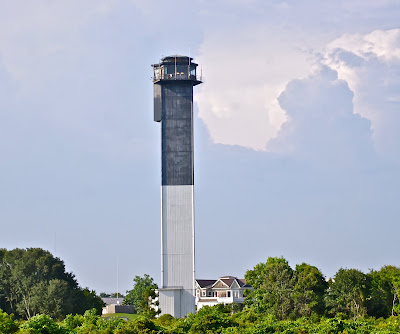 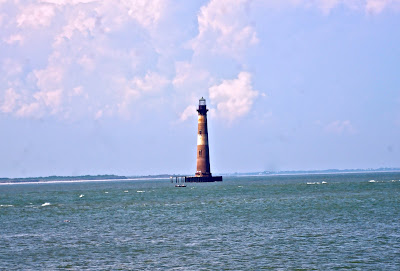 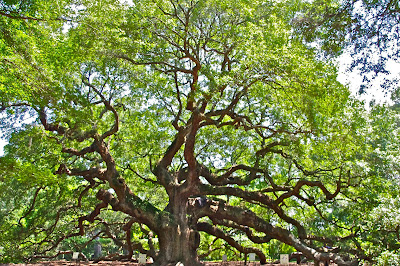 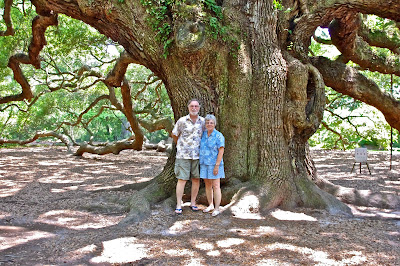 If you wish to view the rest of the photos from this trip, you can at my Flickr account at:
http://www.flickr.com/photos/74905158@N04/
...kicking back in South Carolina, Marie