The Charm of Charleston

Charleston South Carolina may not be as big and as bold as Savannah, but that's a good thing. It's more independently manageable. This city Jack and I could do on our own...well, with a little help from our friend, the AAA Guide Book! With that in hand, we walked the city, well a lot of the city anyway.

Charleston has charm. The homes here are filled with flower boxes and wrought ironwork that New Orleans would envy! The people here are soooo friendly and sweet. Everywhere we walked, when someone would see me looking in the guide book, they would stop and ask if they could help us find some place. I was offered more help in one day here, than in a year elsewhere! Charlestonians are proud too. We met an artist, W Hampton Brand, who paints on slate and painstakingly researches the subjects to make sure he has the accurate information and detail. He gave us detailed information regarding the very popular Rainbow Row, a well painted and photographed cluster of colorful stucco Georgian houses. It seems that two of the houses are not really authentic, that when they were being renovated, those two were completely rebuilt, without any parts from the original remaining intact - therefor, shouldn't be a part of the cluster! He only paints the "correct" cluster. We bought one of his paintings (of a wrought iron gate tho, not the houses). He was quite a character and a great detailed artist.

It also has some of the most beautiful and unusual churches I've ever seen. Two were the most interesting, the Huguenot Church built in in 1845. It had the most beautiful ceilings, pure art form. The other, was the Romanesque Circular Congregational Church first built in 1681 (had to be rebuilt after a fire). It's graveyard is said to be the oldest in the city; headstones date from 1690. They were a joy to photograph. A funny bit of history on one of the churches, the St Michael's Episcopal. It seems that one of the church's most notable feature, the 186-foot tall steeple, was painted black during the American Revolution in an attempt to mask it from British ship gunners; instead, it became an easier target!

A full day of walking exhausted us and stirred up an appetite, so we were more than happy to be treated to a home cooked meal by our friend Harold. A great way to end the day...with friendship, food and wine! 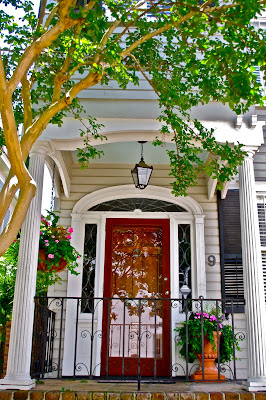 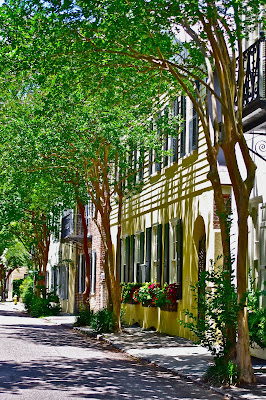 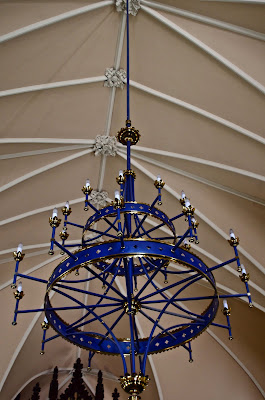 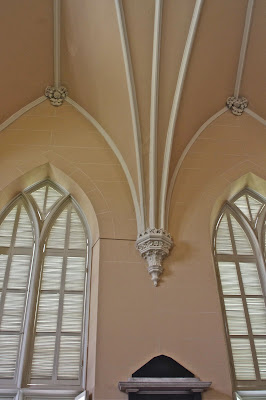 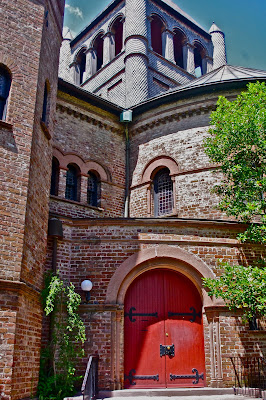 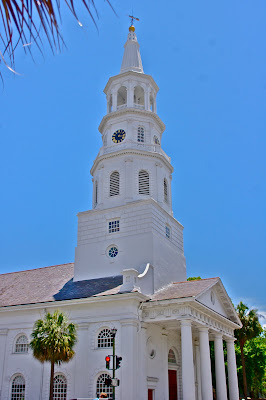 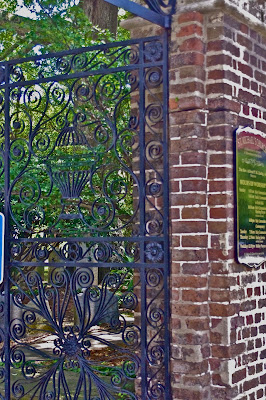 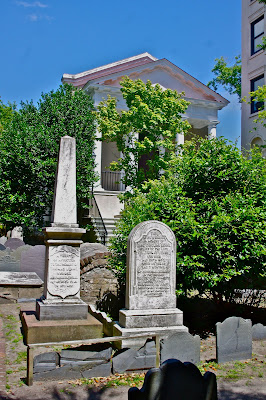 ...kicking back in South Carolina, Marie