The drink that refreshes...No trip to Atlanta would be complete without a visit to the World of Coca Cola. What a treat, literally. The journey begins in the Coca Cola Loft, filled with Coke logos, framed posters and all manner of memorabilia before moving you into a theater for a cute film on "Happyfication". They don't talk so much about "how it's made", but more about "how it became so successful". Asa Candler didn't create the recipe for Coke (John Stith Pemberton did) instead, he was a genius at marketing it. His first goal was to get people to like it, so he offered "free samples". Once they knew the taste, he shifted his marketing to "status", you were "cool" if you drank Coke. Today, the emphasis is on "feelings", such as "the happiness drinking Coke brings". At the end of the (self-guided) tour, you go into the tasting room, where they have over 60 varieties of the beverages they offer throughout the world. I had to try them all, well, almost all, of course! After all that, I still came away liking Diet Coke the best and Jack still liking Pepsi. Just goes to show you that some people never change, no matter how much you advertise! 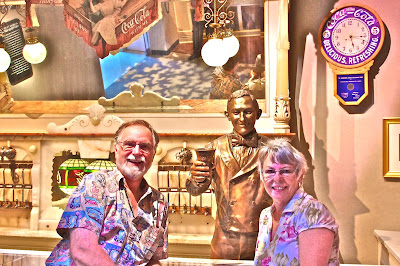 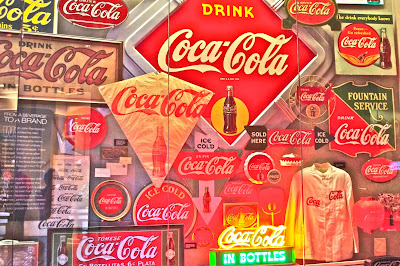 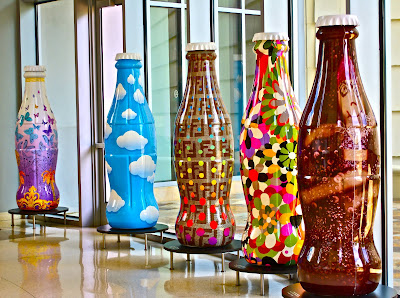 The rest of the day was spent exploring Stone Mountain. Before we came to Georgia, Jack and I had never heard of Stone Mountain. When we read that it was this granite dome that had the largest bas-relief in the world, and had the carving of three figures of Confederates: Stonewall Jackson, Robert E. Lee, and Jefferson Davis, we knew we had to add it to our "must see list". We took the Summit Skyride, a Swiss cable car, up to the top of the mountain for a great up-close view of the carving, but also amazing views of the cities of Atlanta and Buckhead below. It was a beautiful day, so we could see for miles, and wow, Georgia has a lot of trees! Did you know that? Trees, as far as the eye could see!

Back on the ground, we roamed their Park, called Crossroads, which is a cluster of family oriented attractions and shops where crafters and artisans demonstrate their specialties. We enjoyed watching Sy Dowling giving a glass blowing demonstration. Later that night they put on a great laser show against the face of the mountain with music, fireworks and laser scenes of the Civil War & Old Glory. I have to say, it was well worth the visit, and a nice ending to a great day. 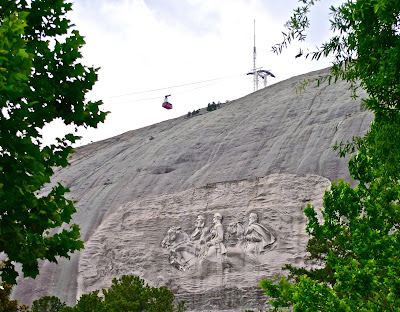 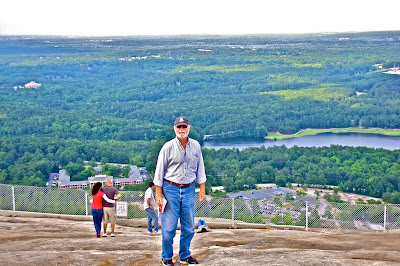 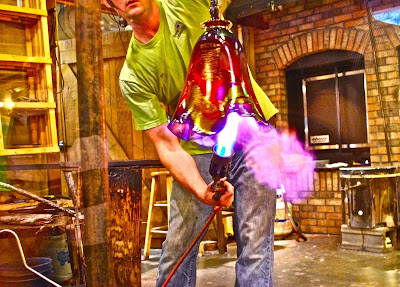 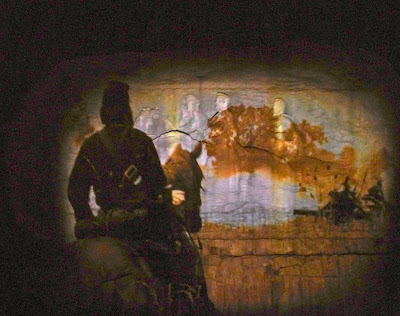 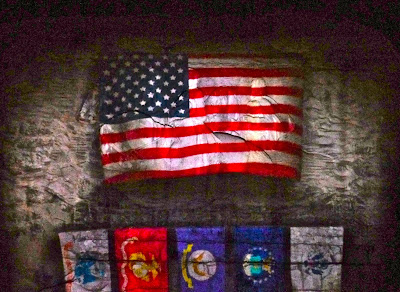