In the early '80s I worked for a destination management company that handled all the leisure time that conventioneers had while they were in San Diego or Palm Springs.  Our headquarters was in San Diego, but the owners had a condo in Palm Springs that we used as an "office" as well as a place to stay when we operated programs in PS.  We would never let on to a client that we didn't really have a full-fledged office in PS and even went so far as having a PS phone number but it rang into our San Diego office.  It was nothing for us to talk with a client in the morning and make a lunch appointment for that afternoon!  We would just give ourselves a two hour leeway and off we would go!  It actually was kind of fun.

I'll never forget my first one tho, what an experience!  I had only been to Palm Springs once before, and that had been many years before, as a tourist.  I was suppose to meet with a potential client and show him around and "seal the deal".  I was petrified because I didn't know my way around, let alone where the "movie star's houses" were, which was the highlight of one of the spouse tours.  They said "no problem, we have contacted our limo company and they will have a driver take you everywhere and he will give the tour!  All you have to do is the selling.  Piece of cake."  Sounded ok, so off I went.  The meeting was for the next day, so I decided to go over the day before to drive around a bit.  One of our best tour guides was in town working a program and it turned out that she had a couple of spare hours and offered to drive me around and show me the "movie stars homes", along with the basic PS layout.

The next morning I met with the client and as we went to the limo, he stopped and said that he didn't want the fuss of a limo and asked if we couldn't just take my car.  I explained that it wasn't a "fuss", that it allowed me to talk easily without concentrating on driving, he bought it and off we went!  Well, after the basic "there's the golf course, airport, etc. it was time to "do the tour".  As the driver drove around and around without saying anything I soon realized he didn't know where he was going...uh oh.  I asked him what he was doing, and if he knew where Elvis' house was and he said "no, he was new and didn't know where any of them were!"  Well...I only could remember Elvis and Liberace's so we went to those two, the rest I said stupid things like "that's somebodies but I can't remember who"...and then just told him that I wasn't the guide, and that I don't give the tours, they do and that they are great at it!  I assured him that "the tour was great and he had nothing to worry about, honestly!"

We went back to the hotel for lunch, and I figured I had blown it for sure, so I decided to just relax and enjoy lunch!  At the end of lunch, he leaned back and began to chuckle a little, then said to me..."Marie, it's obvious that you are new to PS, but not new to being a damned good Event Mgr.  You have a lot of chutzpa lady, your hired!"  I nearly fell out of my chair!  He turned out to be one of my most favorite clients!

In those days, we came to PS a lot.  We had two favorite spots we always made time for - Las Casuelas Terraza for the best Mexican food and Margaritas in the valley and Billy Reed's for the biggest and best cinnamon buns ever!  It was "tradition!  PS was a "happening place" in those days.  Sonny Bono was running for Mayor so he could get his house built the way he wanted it (cutting through the red tape they were throwing at him).  He had a restaurant here we used to bring the ladies for lunch and I had to meet with him one day and explain to him that he had to stop by/walk through the restaurant and say "hi" to them, that was why they were coming there!  He was actually very shy.

Driving around now, lots of things have changed...many restaurants and other buildings have closed, while new ones have been built.  They have added weekly street fairs, public art and fun shops to brighten up the downtown area.  I just don't feel the same vibe tho that I felt in the "old days", but it could be me too.  But, one great thing hasn't changed, and that's Las Casuelas Terraza is still making great meals and wonderful Margaritas, and Billy Reeds is still the place to stop just before leaving the city!  Some traditions are worth hanging on to! 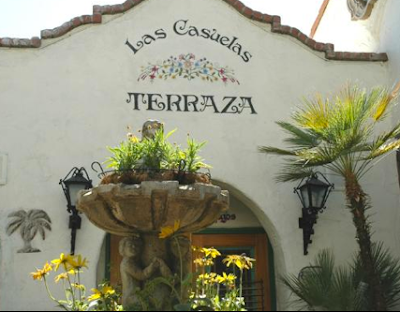 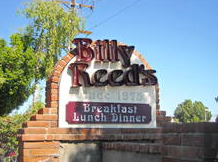 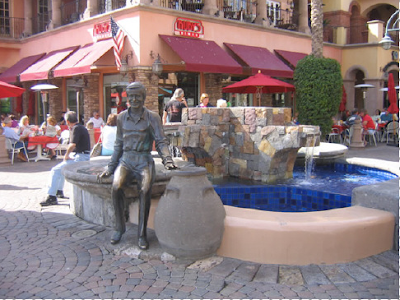