Traveling through Texas always has it's challenges for us.  There are the challenges of finding "new routes" so that we can try and see new things, yet get to where we need to be in a timely manner - because no matter that we are "retired" it always seems like we are headed somewhere that has a timeline - like this time.  This time we are headed for French Quarter Music Festival held each year in New Orleans Louisiana the week before Easter.  So, time is of the essence.  Anyway, as I was saying, we like to try different routes when we can, and still make it across that big, big state.  Additionally, my son Aaron lives in Plano, which is outside Dallas, and I can't get that near and not swing by and not see him, Jess and pat the baby-to-be, so that had to be in the route as well!

Then there is always the challenge of the boring parts of Texas.  The long stretches of nothing...hard to avoid those.  Ugh.  I try to do needlepoint, but poor Jack just had to keep driving.  Finding places to stay through these areas are challenges as well...more on that later!

Weather is another challenge in Texas!  It seems to change from hour to hour, day to day, or mile to mile.  Being on the road full time, we always follow the weather reports, but trying to keep up with it in Texas is like keeping up with a two year old high on sugar!  It's always a gamble if that storms going to turn on you and turn really ugly or not and there can be some really scary hours trying to decide which route to head toward to avoid the pending storm - because there always seems to be one!

This trip through Texas brought with it some new surprises, and lucky for us, they were fun ones, and certainly unexpected ones!

Our first was when we arrived in Odessa Texas.  Being early April, I didn't expect to have to make any reservations ahead of time, so when we pulled into the (only decent) RV park around 5PM after a long drive, we were shocked to hear them say they were "completely full"!  Even more surprised to learn that there would be NOTHING within 100 miles!  It seems that this area is "oil country" and has been since 2008!  So, where has my head been?  Jeez!  The sweet couple (Mary & Pat Lewis) at Mesquite Oasis RV Park took the time to explain to us how the towns of Odessa & Midland usually have about 100,000 folks live there, but now, during the week it swells to over 600,000 with the oil workers!  There are just not enough "rooms", campgrounds, etc to house everyone.  After all was said and done, they ended up offering us a (free) spot out by their (beautiful) duck pond for the night with privileges to their laundry room, TV, etc.!  A little oasis in the very dusty desert.  It even had it's own oil pump (which we got a chance to get a close look at)! 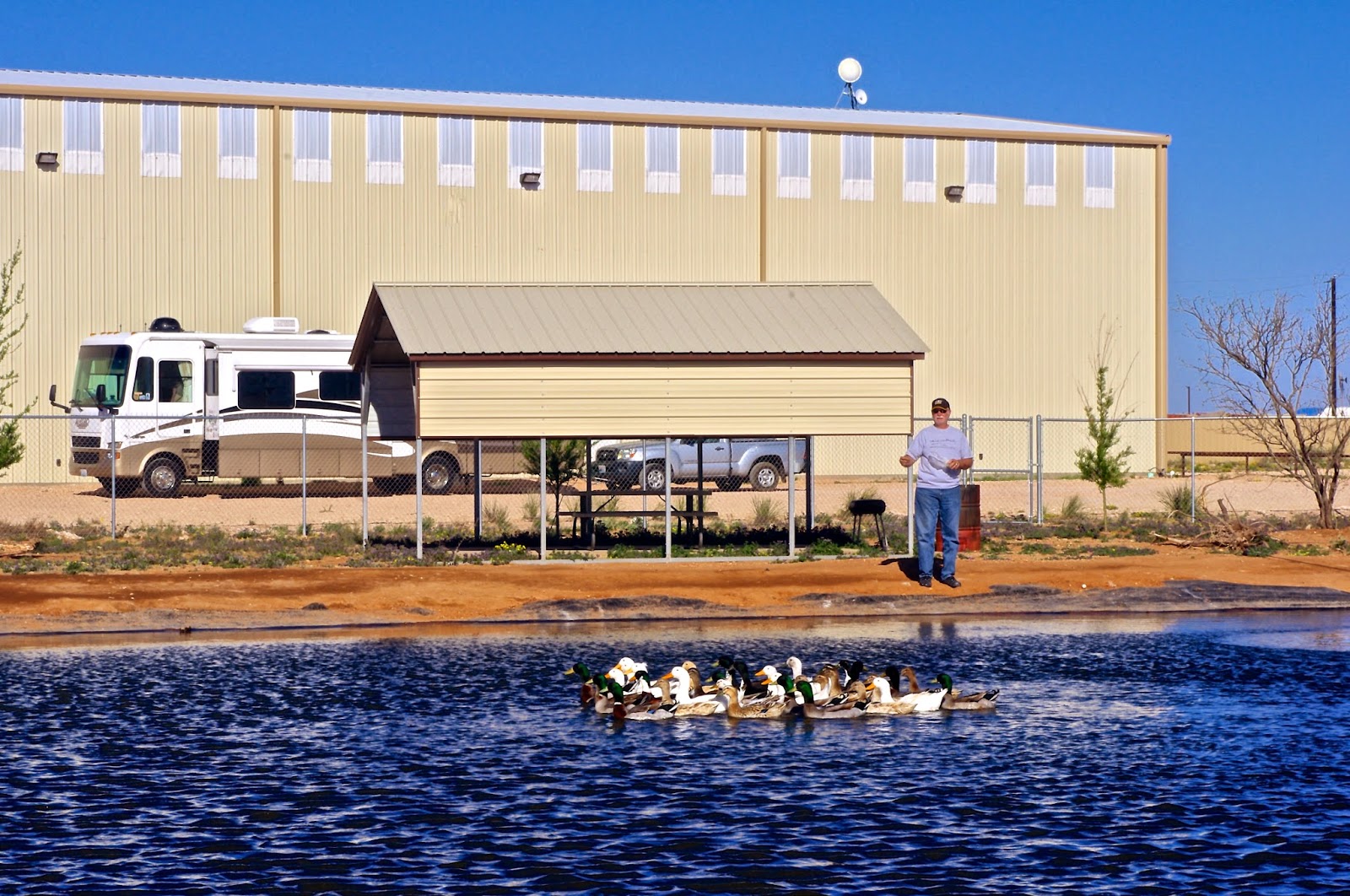 Our next stop was in Abilene, where we took a couple of days off to see the town and rest from some long days of (boring) driving.  We decided to check out a local museum called Frontier Texas! and what a nice find!  They really did a great job with not only their displays, but in the way they told the history of the "old west".  They used so many different types of media, movies (both traditional and 360/3D) and several holograms that were very well done, telling you in (first person) their stories (Indians, women, cowboys, merchants, scouts) exhibits showing teepees, wagons, actual saloons to enter, hands-on experiences, all kinds of various experiences.  Very cool...and I even told them so...on TV!  Yep, I got interviewed on local television!  Ha!  Seems the museum was celebrating their 10th anniversary and while we were just about the leave their TV crew had just wrapped up interviewing the director and I guess they liked my looks, anyway they came and talked with me and then asked me if they could put me on camera, so I agreed.  So, there I was on the 10 o'clock news!  Funny, I worked in Marketing at an attraction in California for 20 years and had to be in Texas at an attraction before I ever got in TV!  ;-) 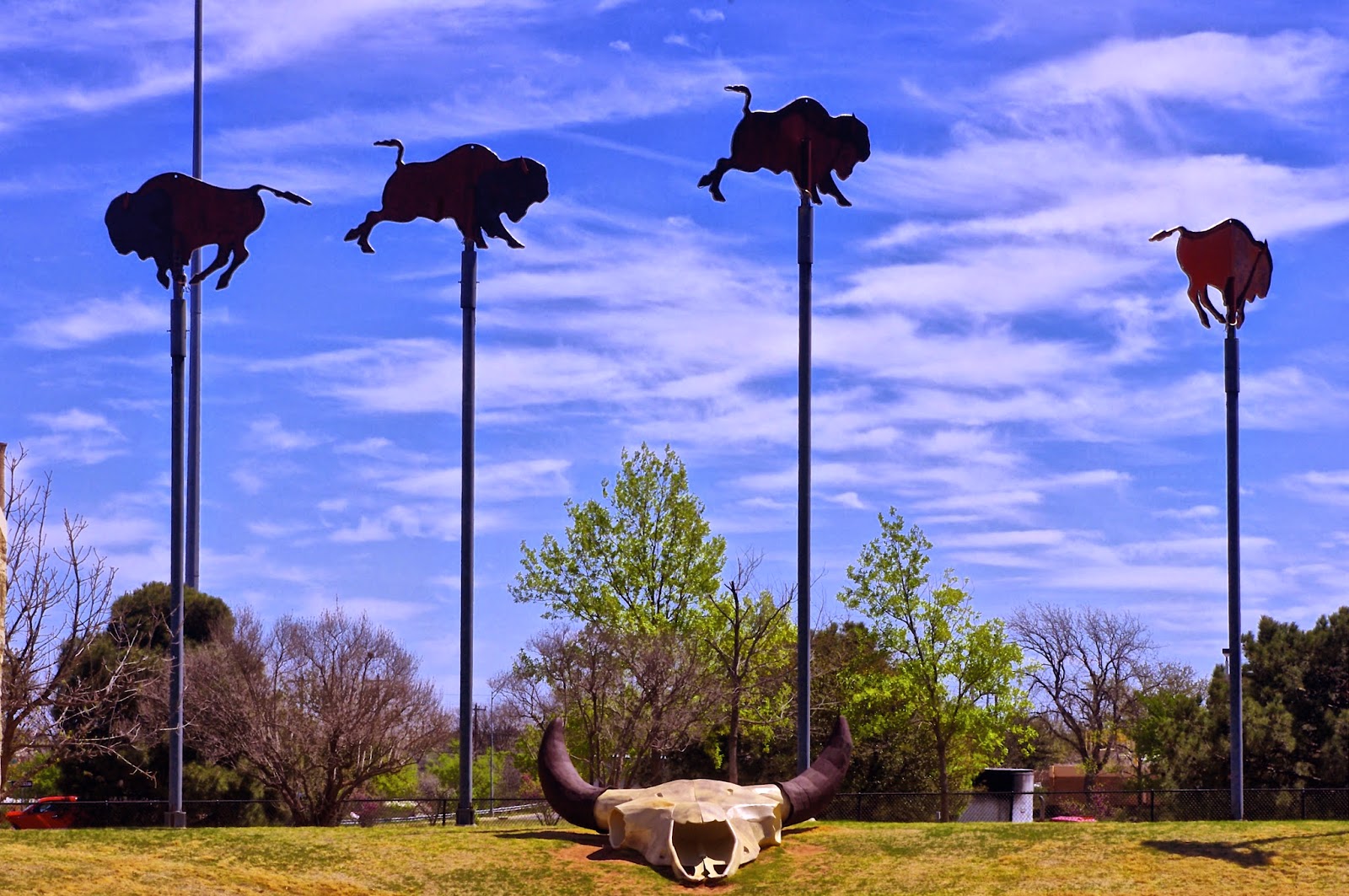 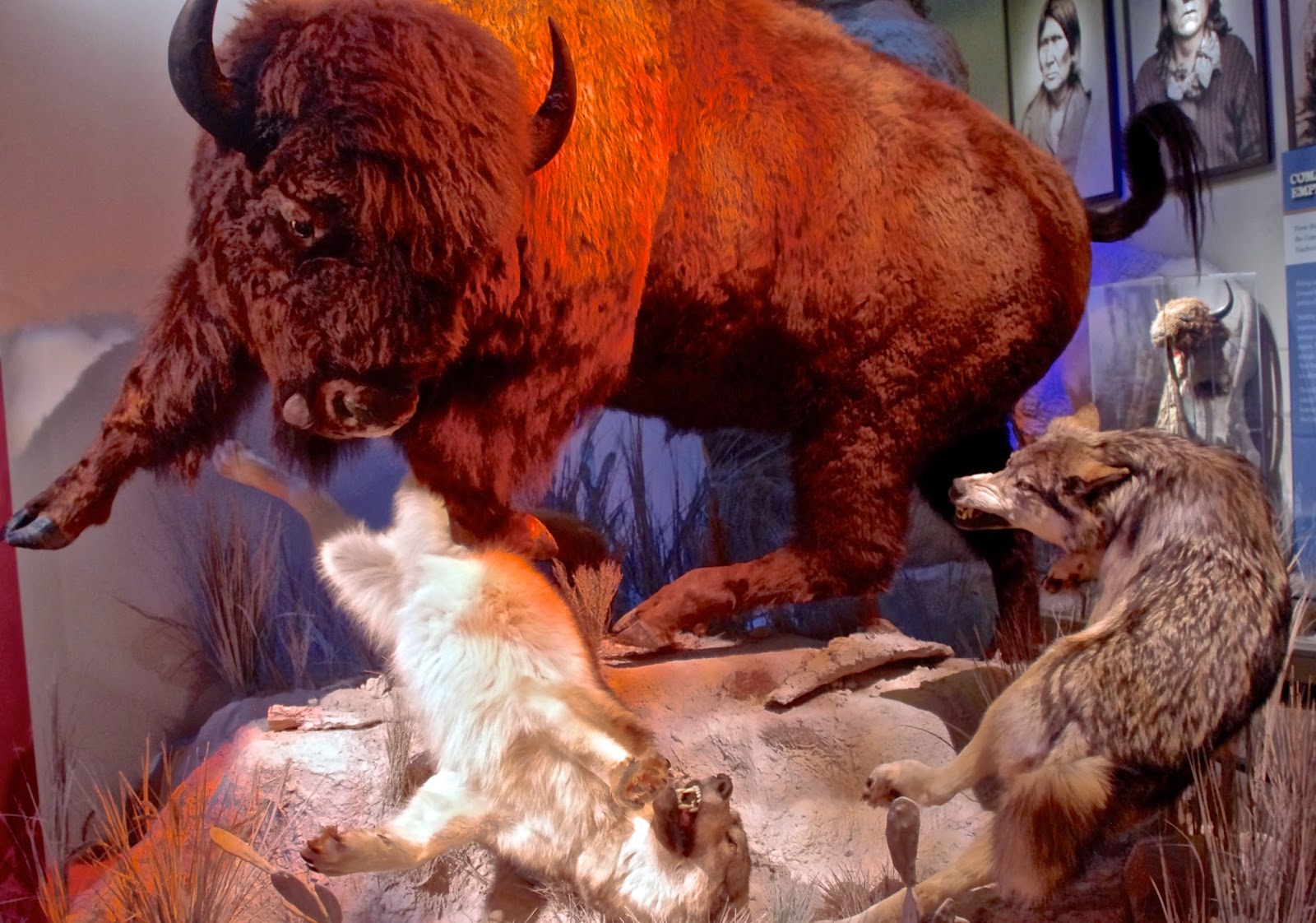 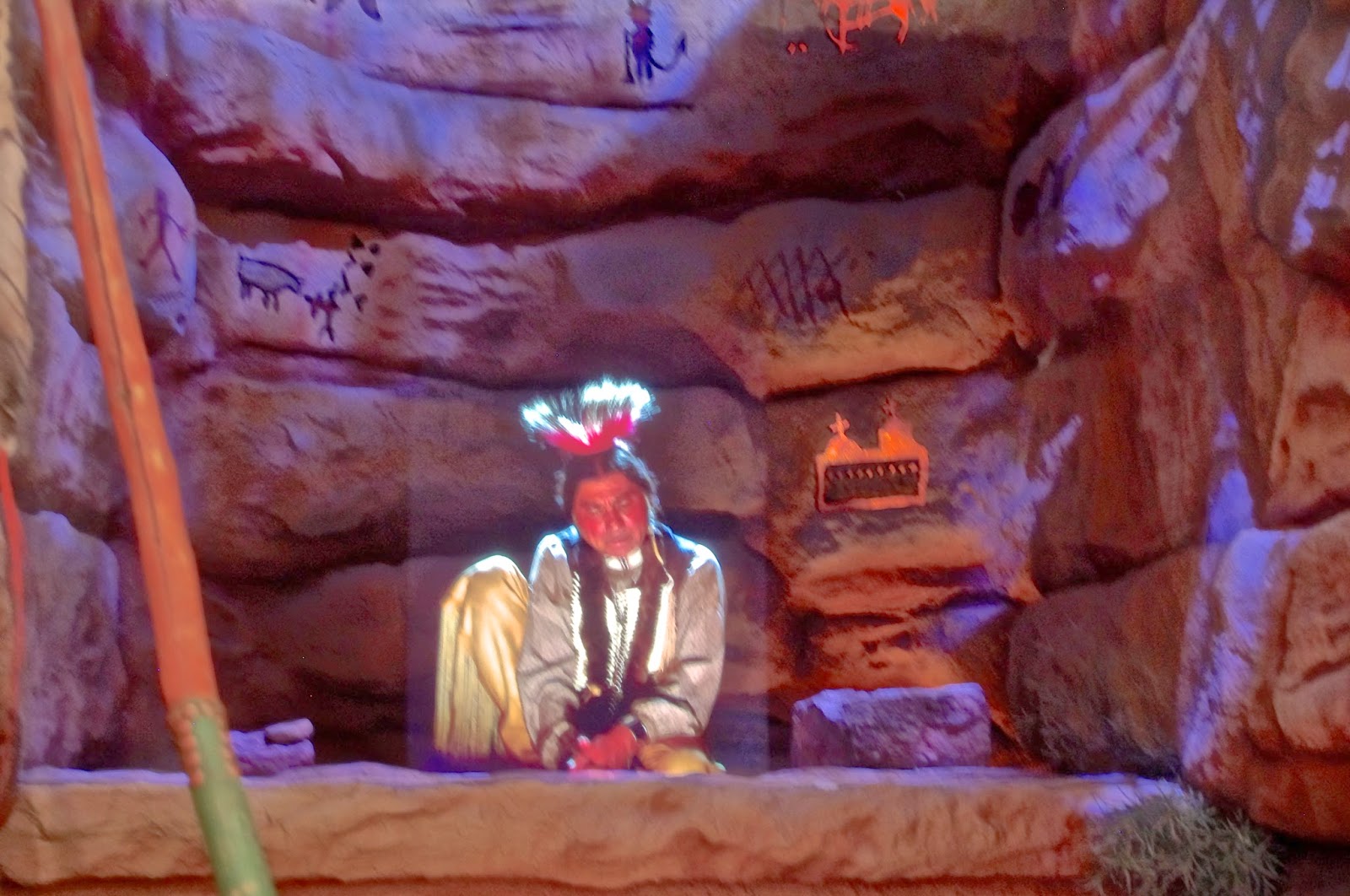 We also visited a small, but mighty museum put together by the 12th Armored Division for their WWII Memorial.  A really nice job showcasing the local troop's involvement.

We were able to skirt the weather pretty well the whole way this trip.  Each day my son would call and check on us.  It kept hailing in and around Plano, even up to the day we were to arrive there, but all we ever got was light rain, thank you God.  We found a nice State Park (Cedar Hill) this trip, that we stayed at.  It was an hour from him, but a much nicer place than the RV park we were at last year.  The sun kept peeking in and out and even gave us a nice sunset once, so no complaints.  Even the Texas Bluebonnets were in bloom for us! 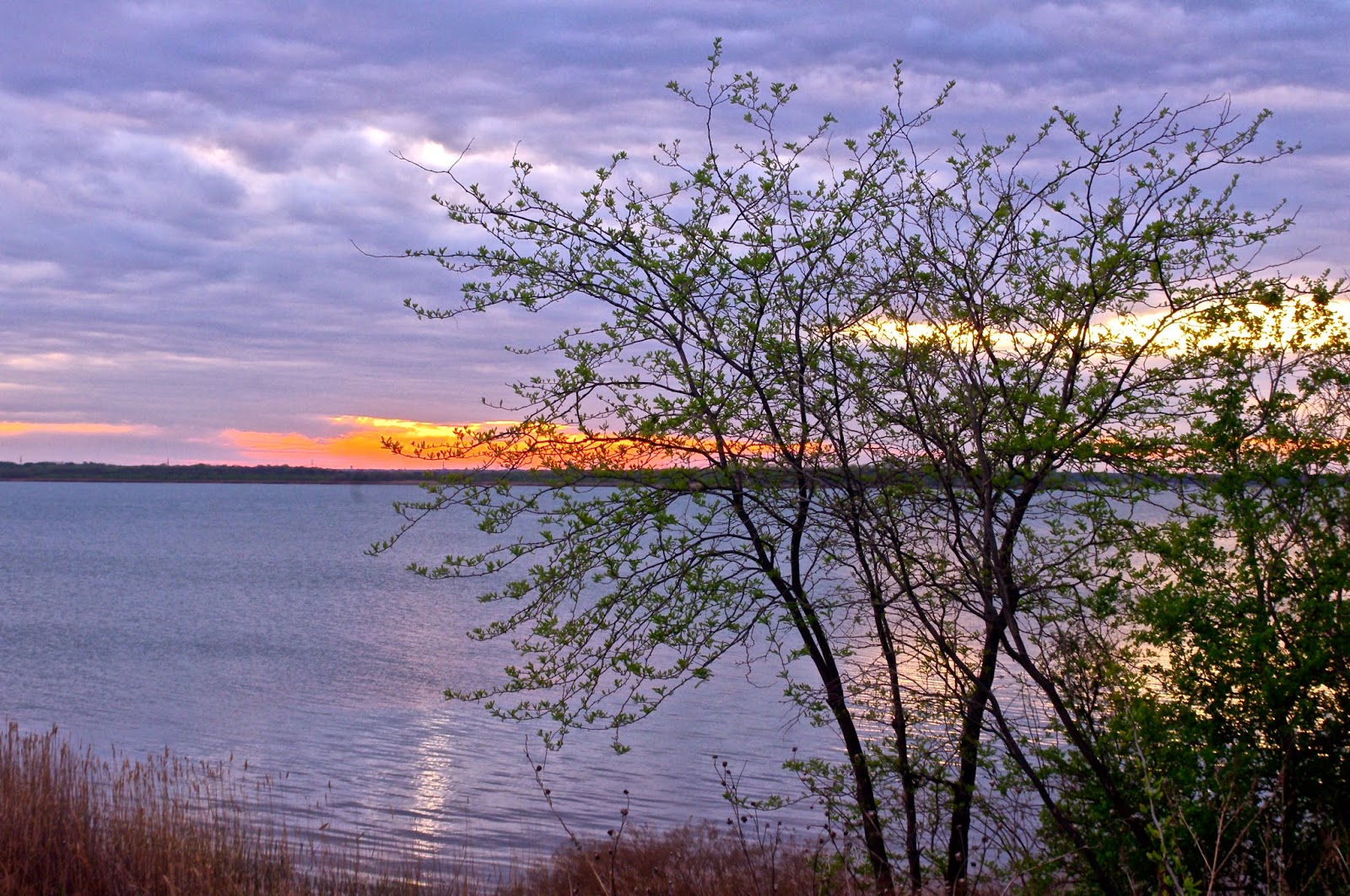 With sad goodbye's we soon left and it was into Louisiana before we knew it!  The difference between the two states is sure something to see!  My goodness!  New Orleans here we come!!

...on the road in Louisiana,  Marie