Hawaii - Oahu! History...Ours and the Island's

Our short flight from the Big Island to Oahu wasn't even long enough to get a sip of water!  A quick up and down and we were there.  My heart was beating fast as I exited the plane, looking around for my friends.  Being greeting "island style" brought with it extras this time around.  You see, we hadn't seen each other in over 25+ years!  We briefly met on another "quick trip" when I was traveling with a girlfriend to a conference that was being held in Kauai.  We stopped first in Oahu to see Susan & Miles for a few days before heading over to Kauai.  Susan and I just kept in touch.  Christmas letters, e mails, then blogs.  We both had sons near the same age, liked each other and are both writers.  They retired a few years ago and both love to travel as well, but our paths just keep missing each other.  When I contacted her to see if they were going to be home while we were coming to the Island, they were thrilled that it finally worked out and insisted we come for a few days.  What a hoot after all these years to finally hook back up again!  And just like the first time...it was like the 25 years were yesterday, instant warmth and joy!  Don't 'cha just love it when that happens?  ;-)

We all 'hit the ground running'!  Threw the bags in the car, dashed off to a wonderful little favorite spot for lunch, then tootled off to start seeing some sights.  We first walked around the Ali'iolani Hale Museum, and got a little history of Honolulu and then around the State Capitol Building, took a quick peek of the outside of Queen ʻIolani Palace (no time to do the whole inside tour), popped into a small but beautiful Hawaii State Art Museum and saw some incredible quilts as well as other art work. 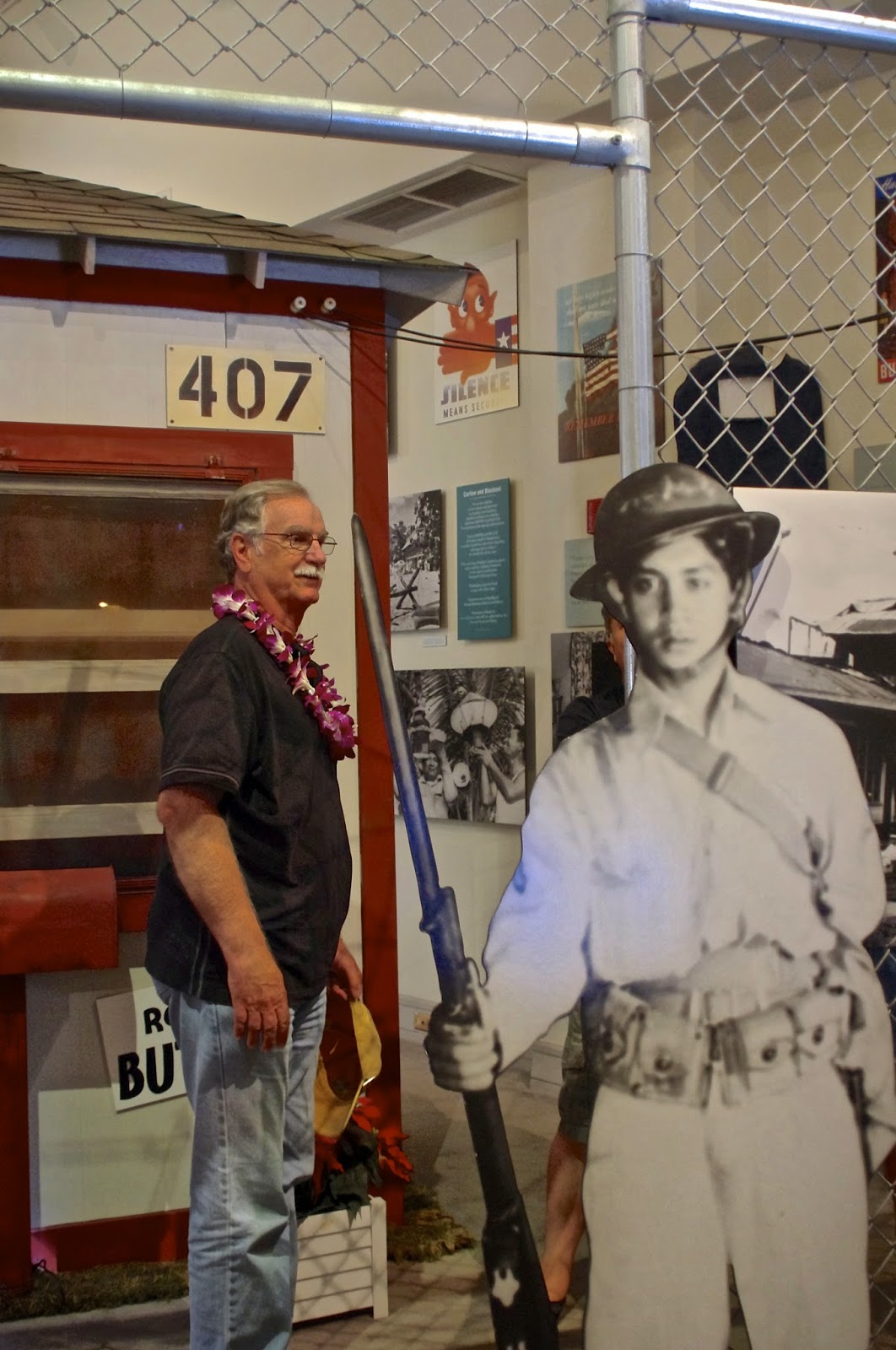 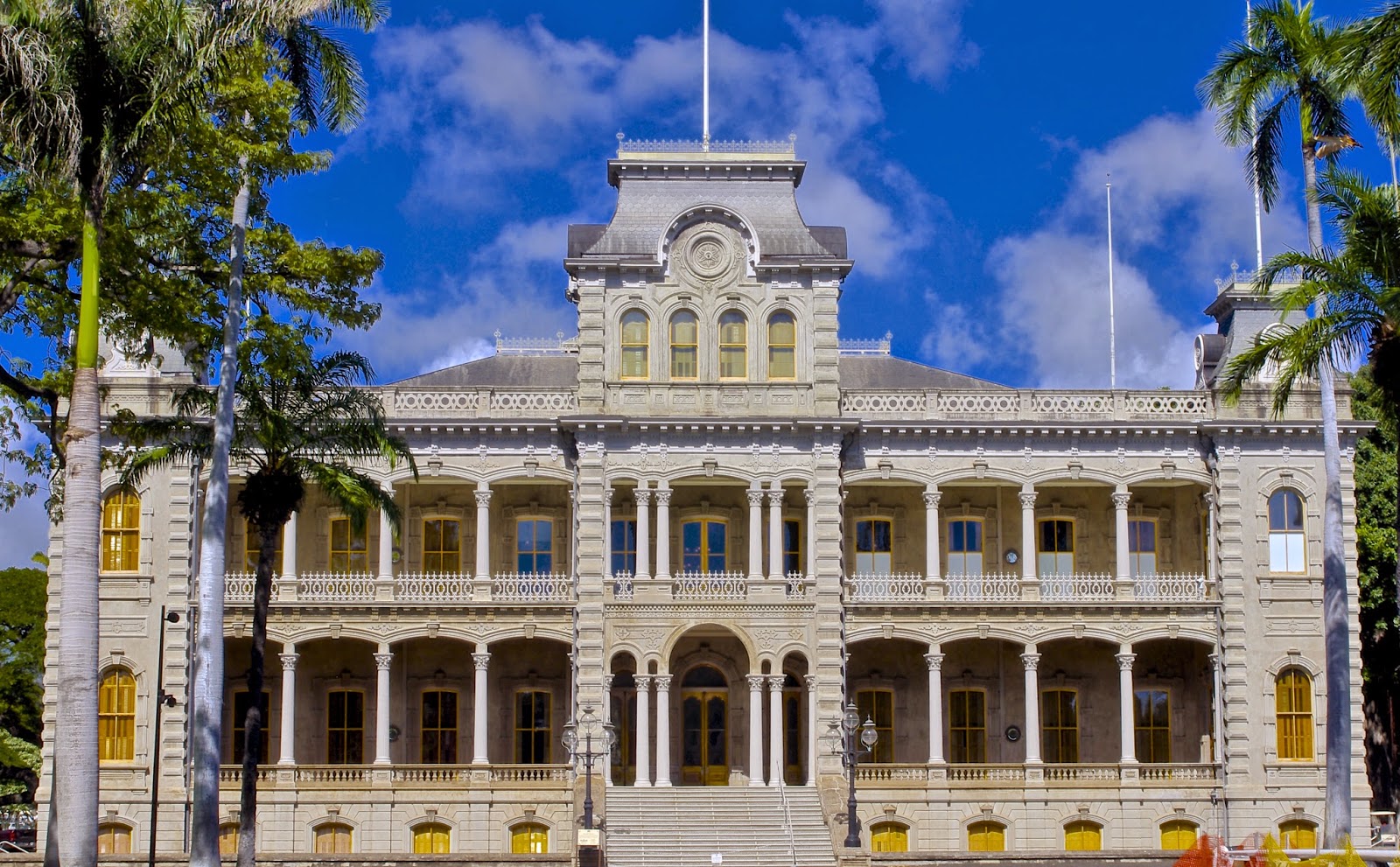 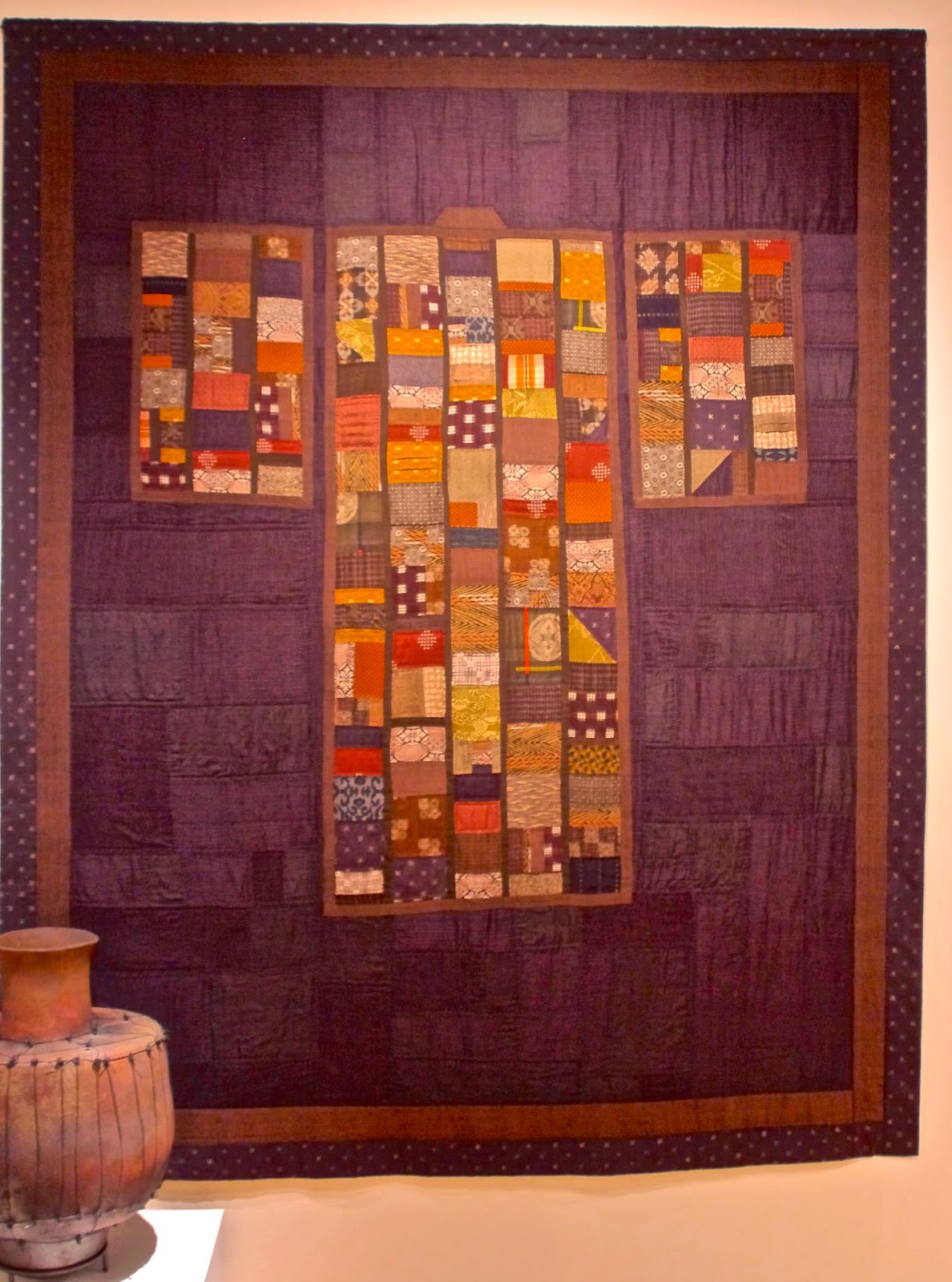 From there we visited the The Honolulu Memorial, a beautiful tribute to the war in the Pacific.  Mosaic maps of each Operation individually done by one woman.  Quite impressive.  The attached National Memorial Cemetery of the Pacific was done beautifully as well.  My father, mother, sister & brother were in Pearl Harbor when it was bombed, so this history has a special meaning to me.  They've shared their stories about that day, and the days following it, a number of times over the years, so it's very real to me.  Jack, being a WWII buff, has always been very interested in it, so he was also interested in seeing all this.  Afterward we walked up on top of this hill that looked over the city and gave an incredible panorama of the whole city - wow!  A lot of building going on, with already tons of tall buildings all snugged up against each other.  You can sure see where the 1.5 million population is! 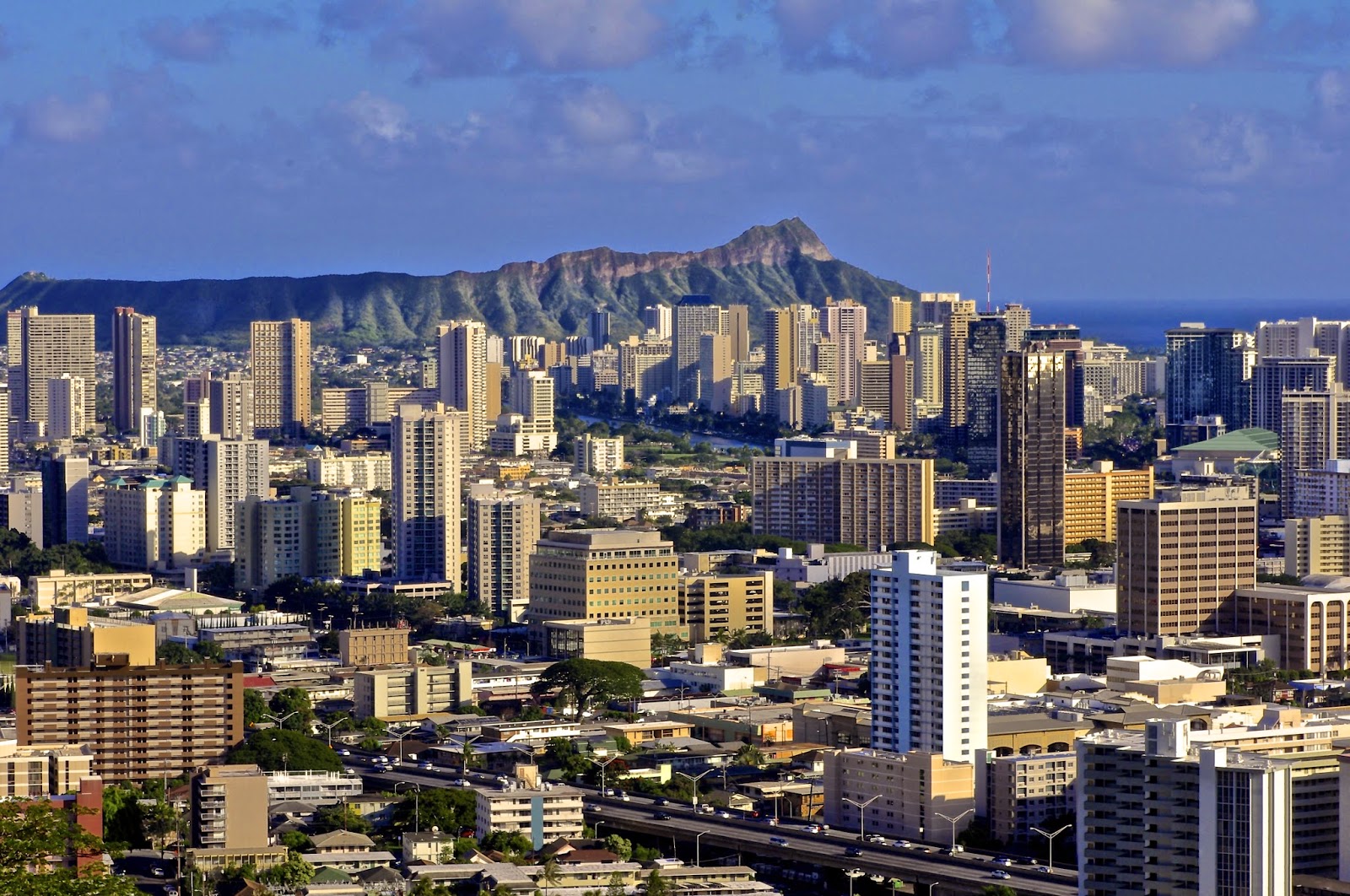 Of course, this led us onto the Pacific Aviation Museum that includes the USS Arizona.  That filled the rest of the day.  It was quite moving.  They did a nice job without "over-doing" it, I thought.  Telling the stories, giving the background, the history, the strategies and honoring the fallen & the heroes. 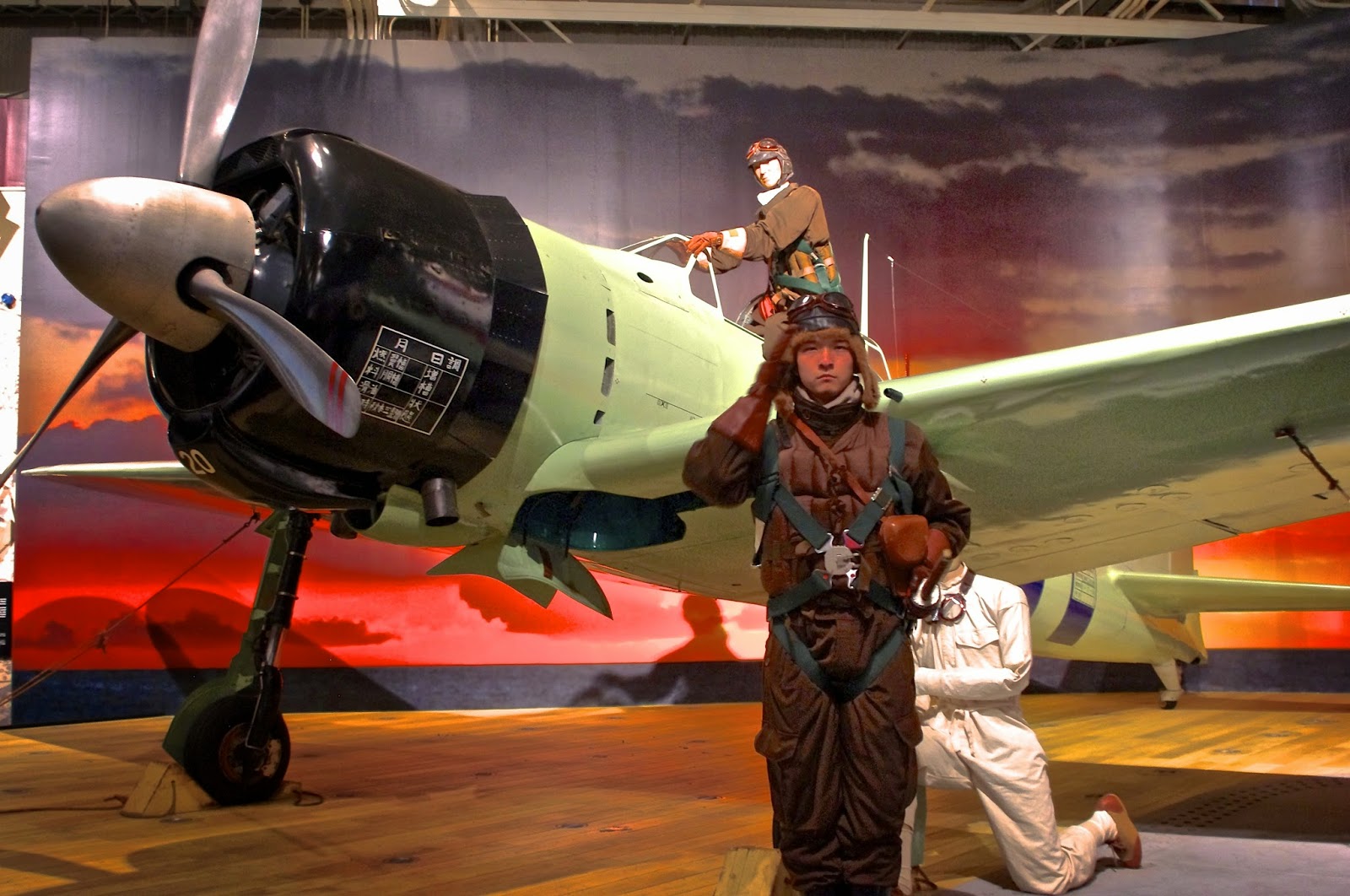 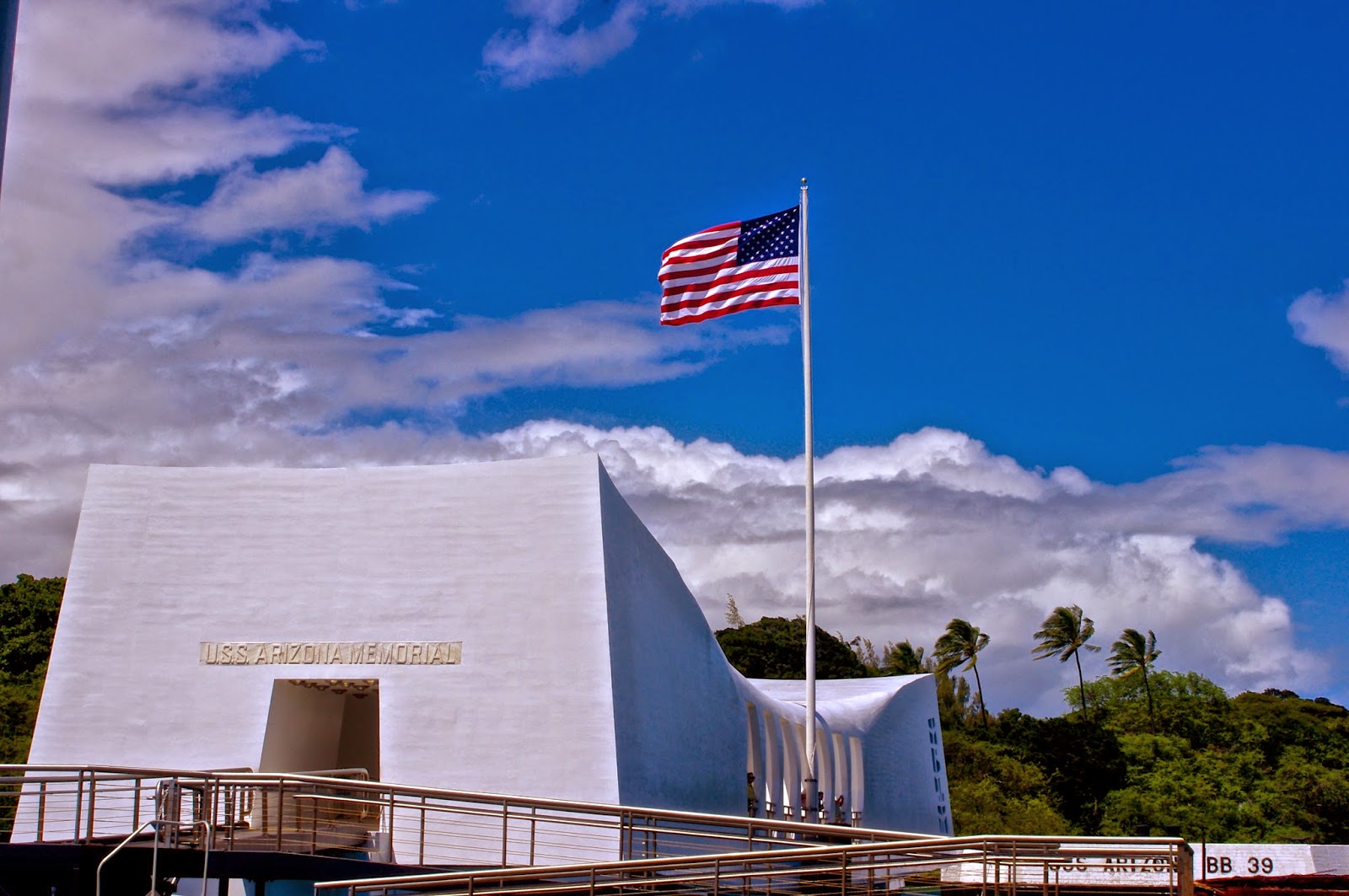 The following morning, we did something I rarely do...got up to see the sunrise!  After doing this, now twice so far this year, I'm getting convinced that they are actually prettier than sunsets...well CAN BE, anyway!  This one certainly was!  They took us to a small beach that was deserted (at this time of the day!) and what a display we got for our trouble too!  Well worth the 4am wake up!  After a nice breakfast, some scenic drives...one along Waokanaka St to see some "Canope Trees", another to Nu'uanu Pali Lookout where it was absolutely beautiful, but oh so windy you almost had to hold onto something or get blown away!  We were able to catch the sunset as well, at a small park near the beach and watch a young couple's wedding, and then enjoy the last of the sun's rays while sail boats drifted by.  Gorgeous. 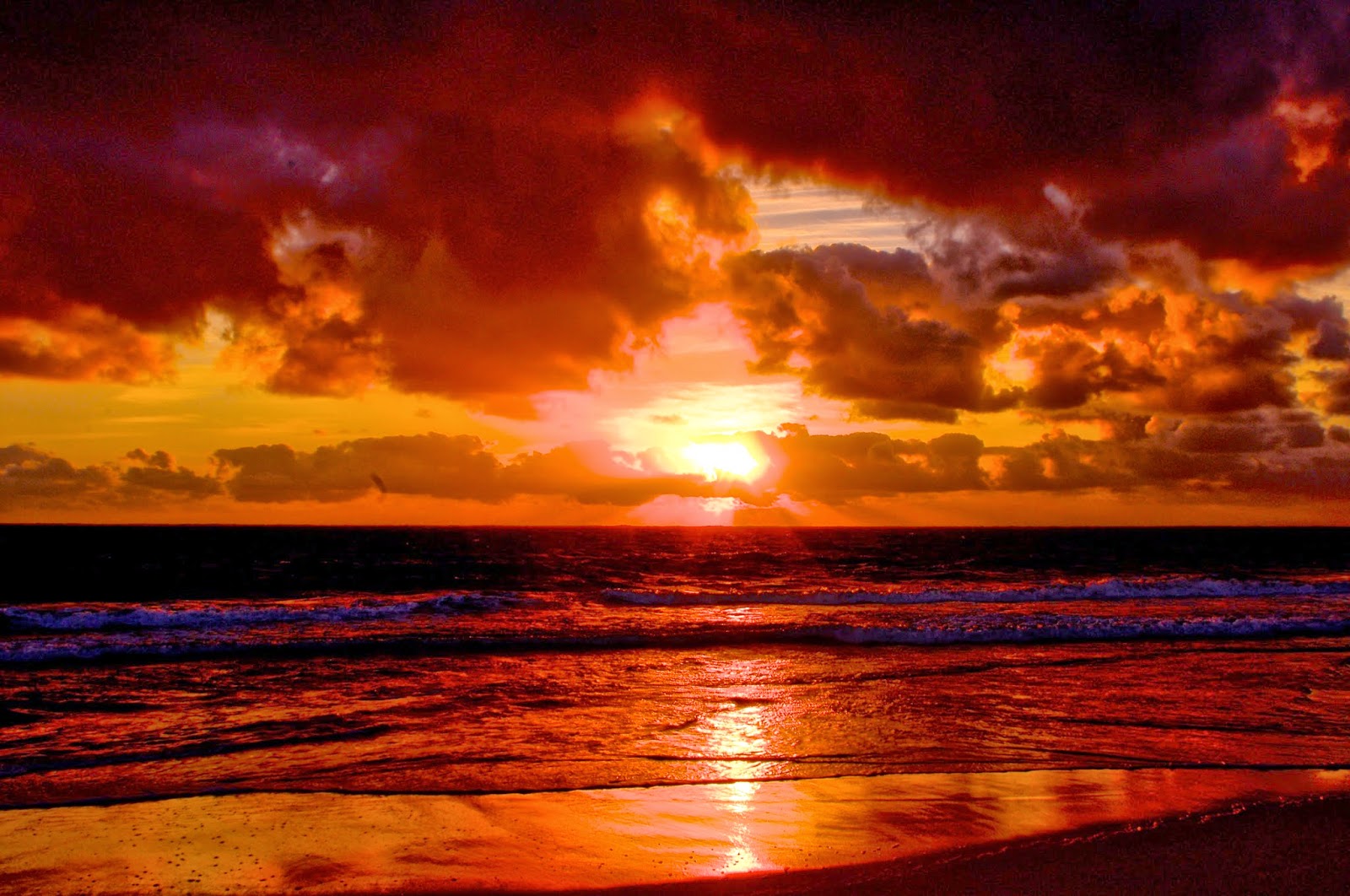 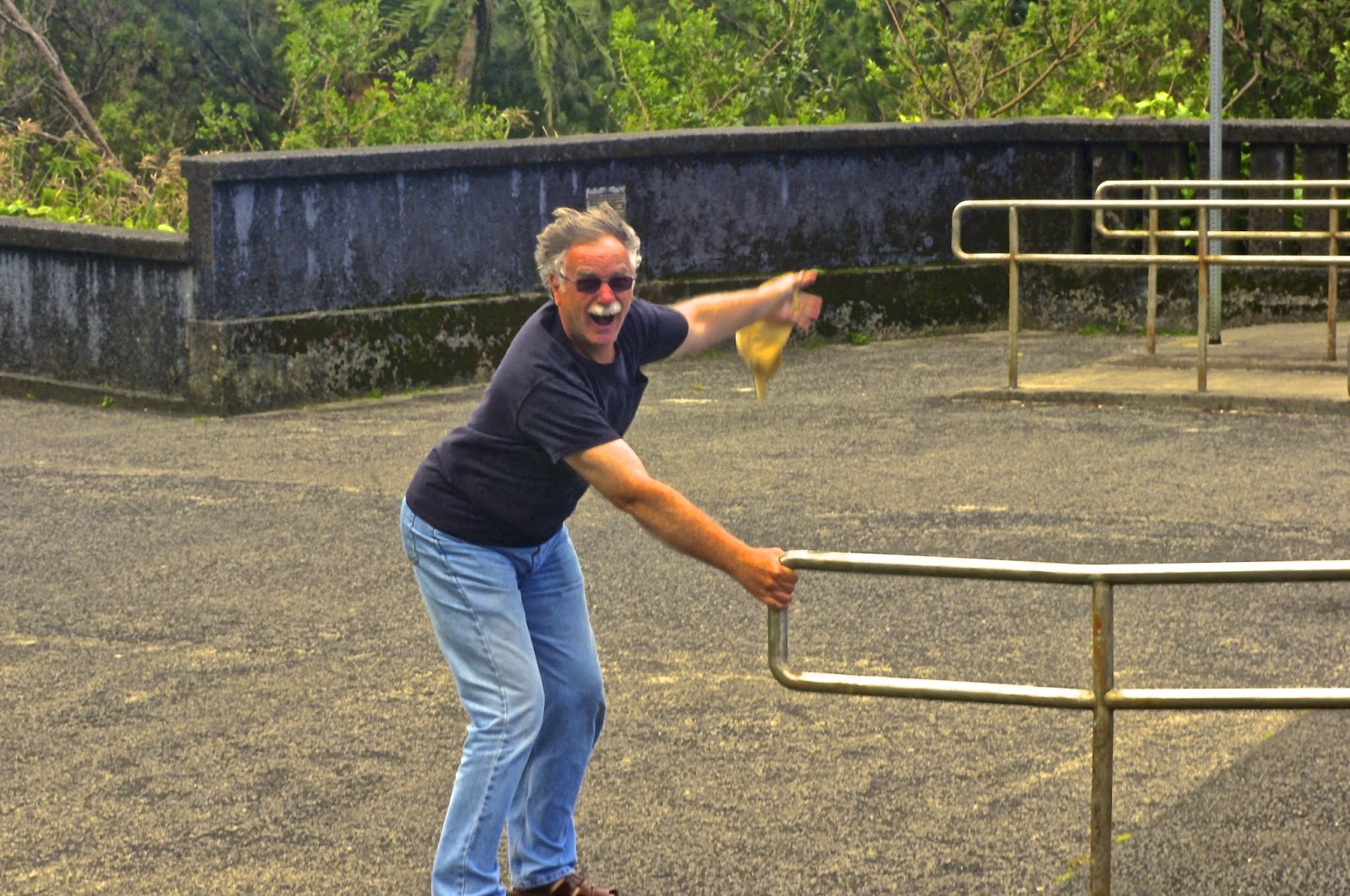 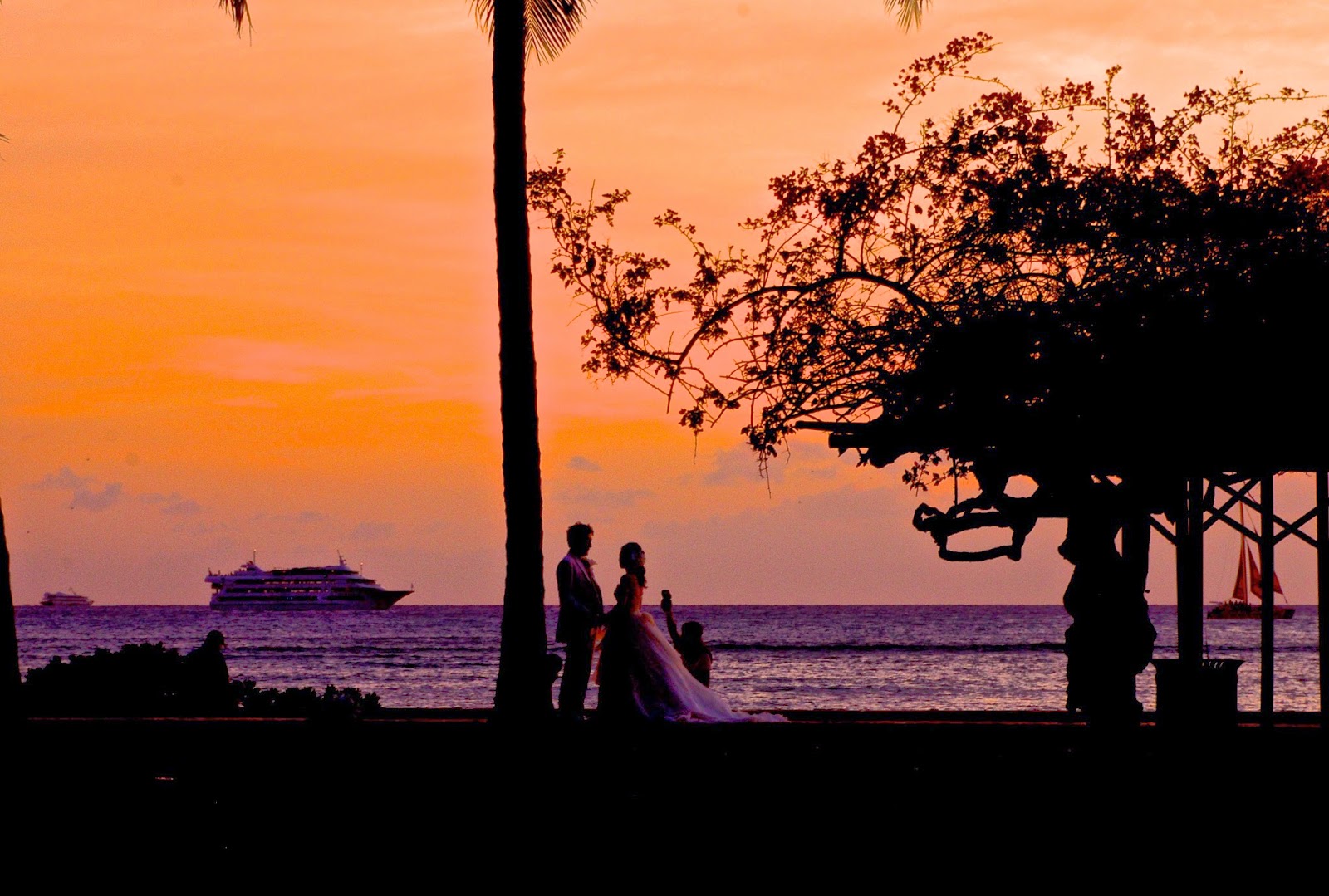 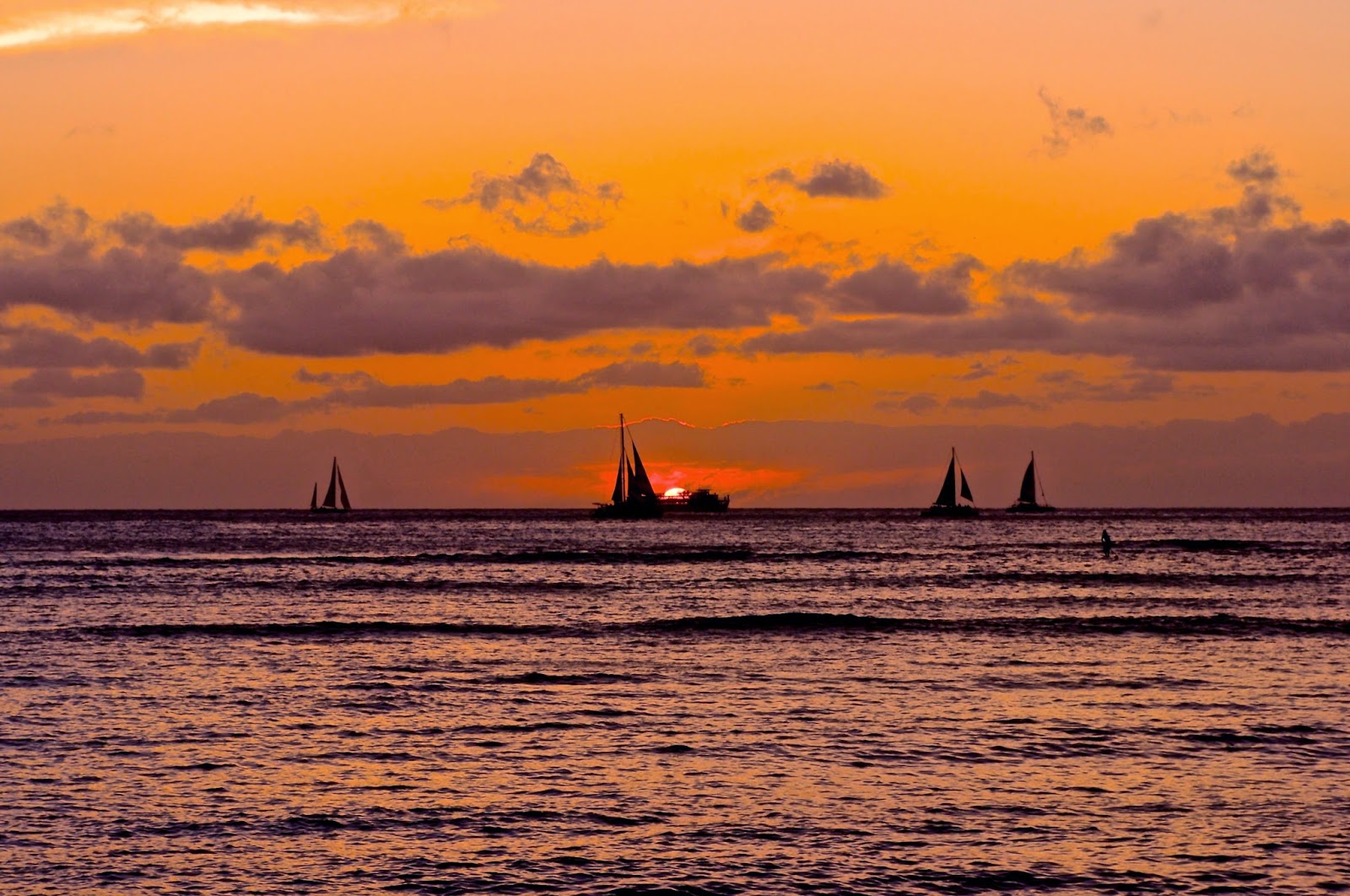 That covers half our stay...I'll leave you with that for now, and fill in the rest next time!

...back on the mainland, trying to catch up!  Marie