One more visit to Texas...Floors, Family & Fort Worth

This visit was going to be a different one, in that it was to have our much anticipated new floors installed in our coach.  Ernie Ekberg has a year waiting list to get floors installed, so when he got a cancellation for October 1st, a full nine months before our scheduled apt. date, I grabbed it with glee!  We were in Michigan at the time, but as I told Ernie, "our coach knows how to make U Turns!" So, with excitement, we headed back to Texas!

I've been wanting new flooring for almost two years.  "Who", I've wondered, "ever came up with the idea of putting cream colored carpeting inside RVs?"  It's crazy! RV'ers camp in campgrounds (or boondock) in places with gravel, dirt and grass - all of which gets brought into the coach all day on our sneakers and sandals.  Keeping carpeting clean was a full-time job, and I gave that up when I retired! 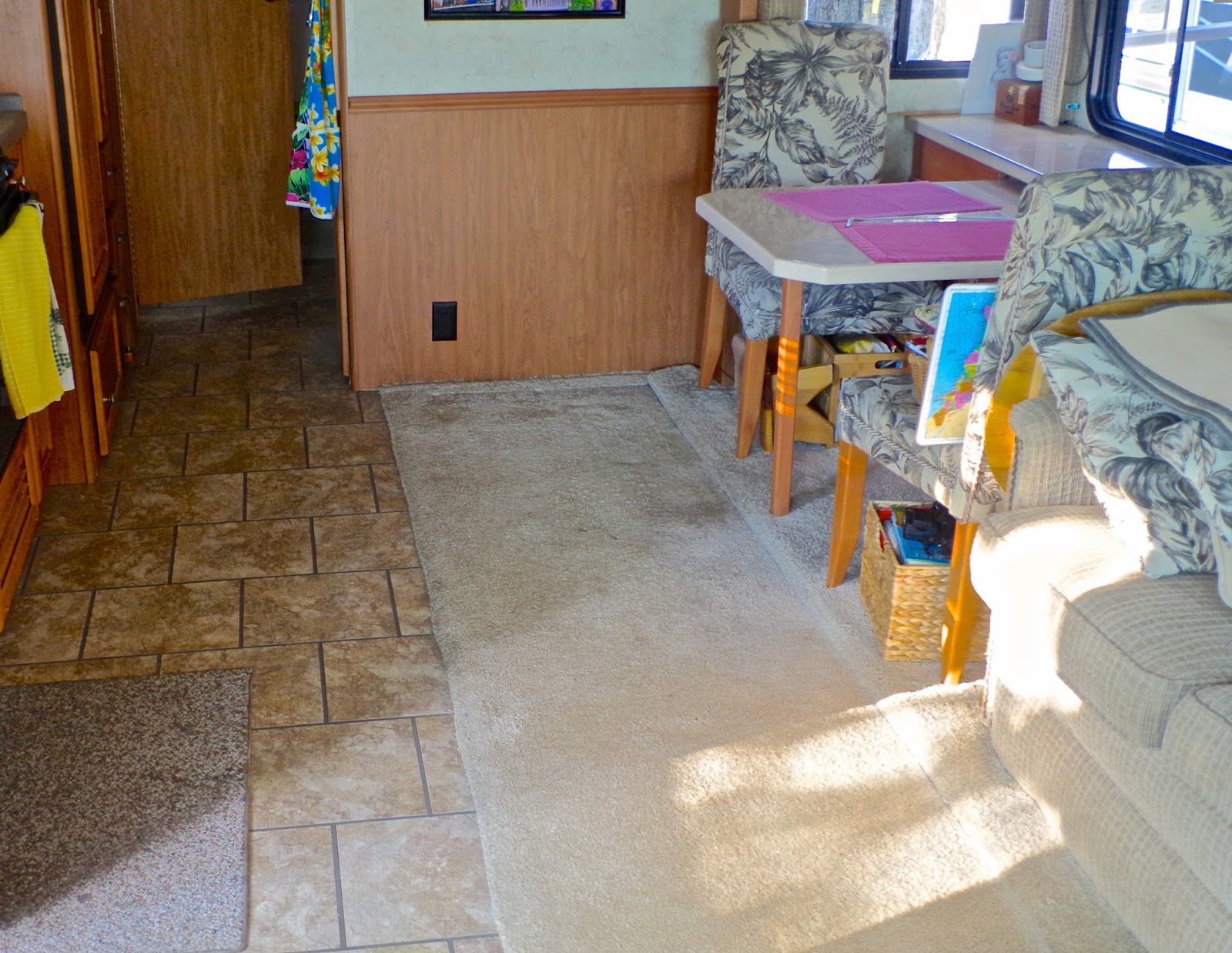 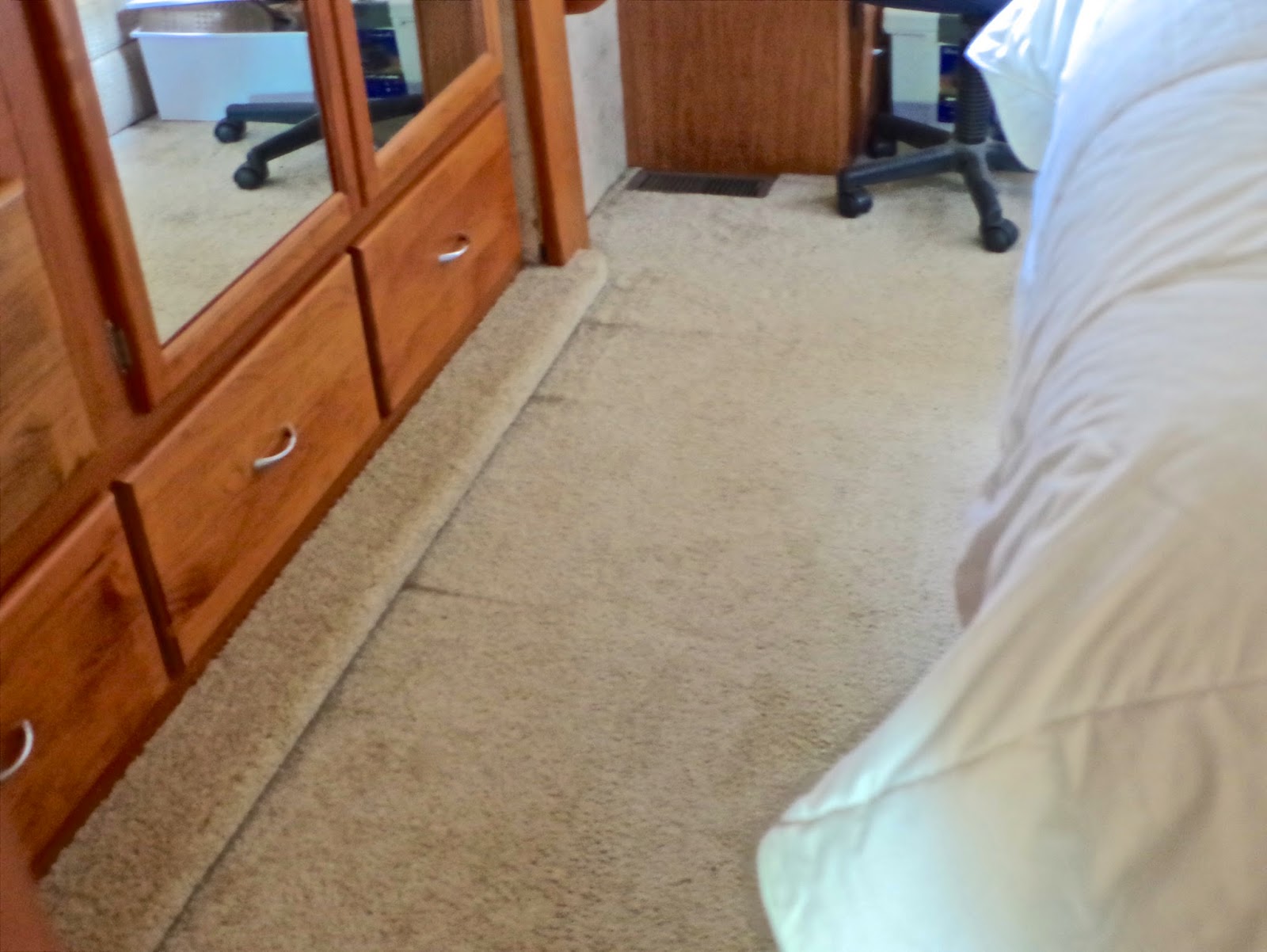 So, I started researching "who & where" to go.  Found some blogs, and found out that Ernie Ekberg out of Weatherford TX was "the best".  He only does wood, carpeting and some limited vinyl tile.  When I hesitated because the wait was a year, I got dozens of e mails from his "fans" that said to "just throw down some rugs and wait, he's worth it!"  That convinced me, so I did, and I'm glad! With all the changes in the coach this year...it brings new meaning to the phrase "happy camper"! 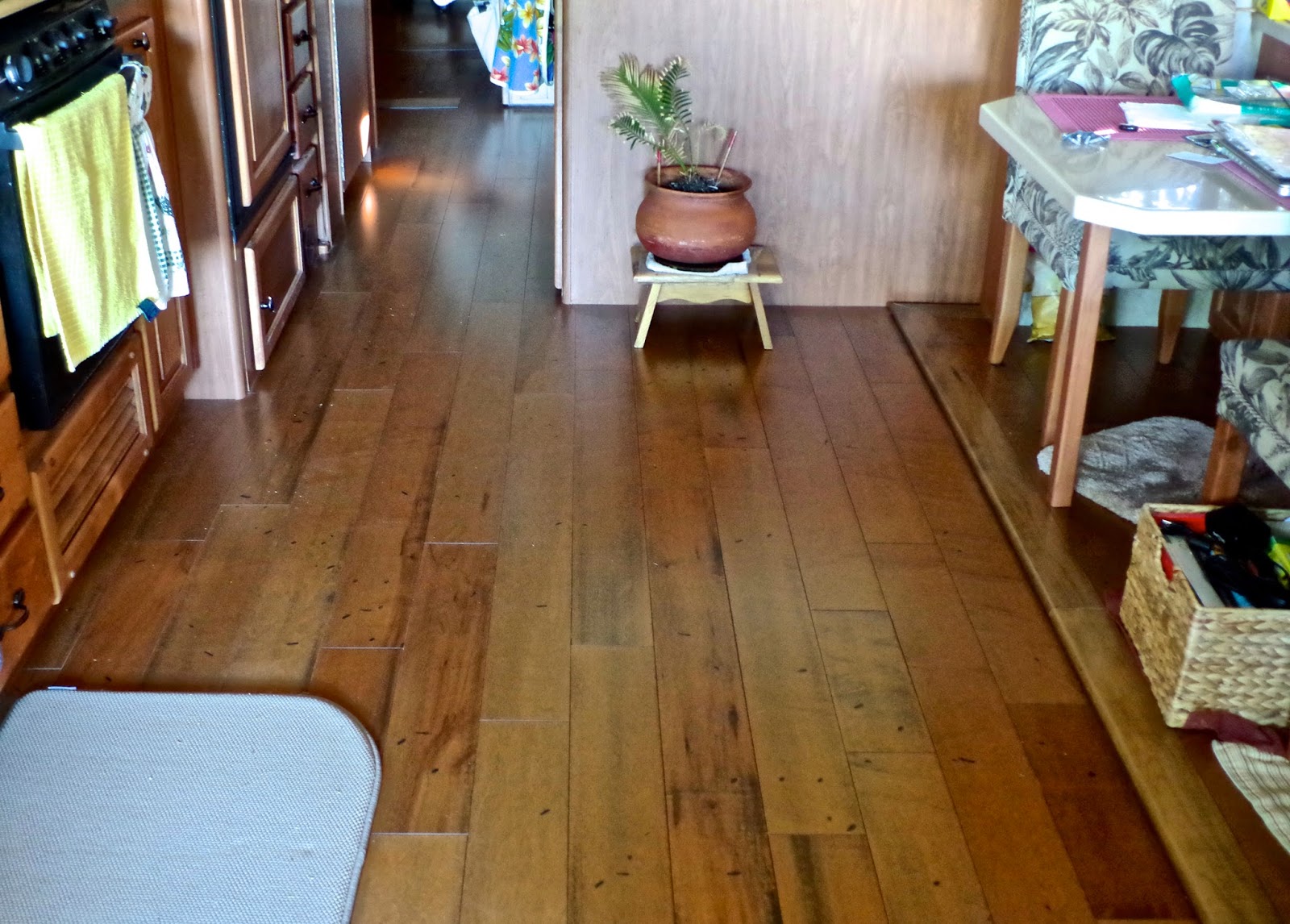 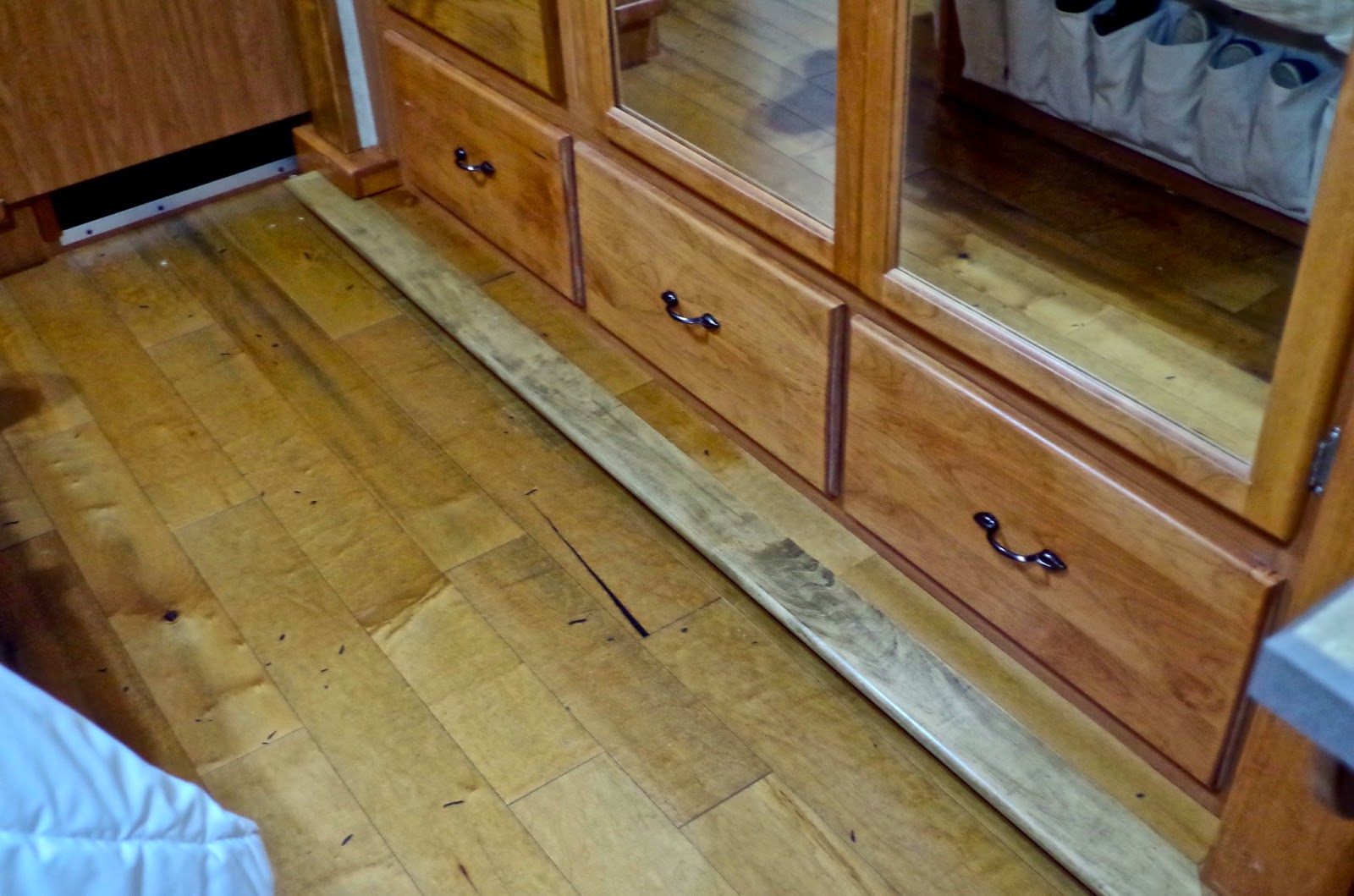 Weatherford, it turned out, is less than two hours from where my son lives (outside of the Dallas area), so when we had a couple of free days (days we weren't working with Ernie, making decisions, getting supplies, etc) we took off and made a dash over to their place to visit with them and see our newest grandson, now just four months old.  I was there when he was born, but this was Jack's first introduction.  Four months makes a big difference when they are that tiny, and what a wonderful difference!  Nothing like seeing a happy, healthy, chubby, cooing baby; especially when he had such a difficult beginning. 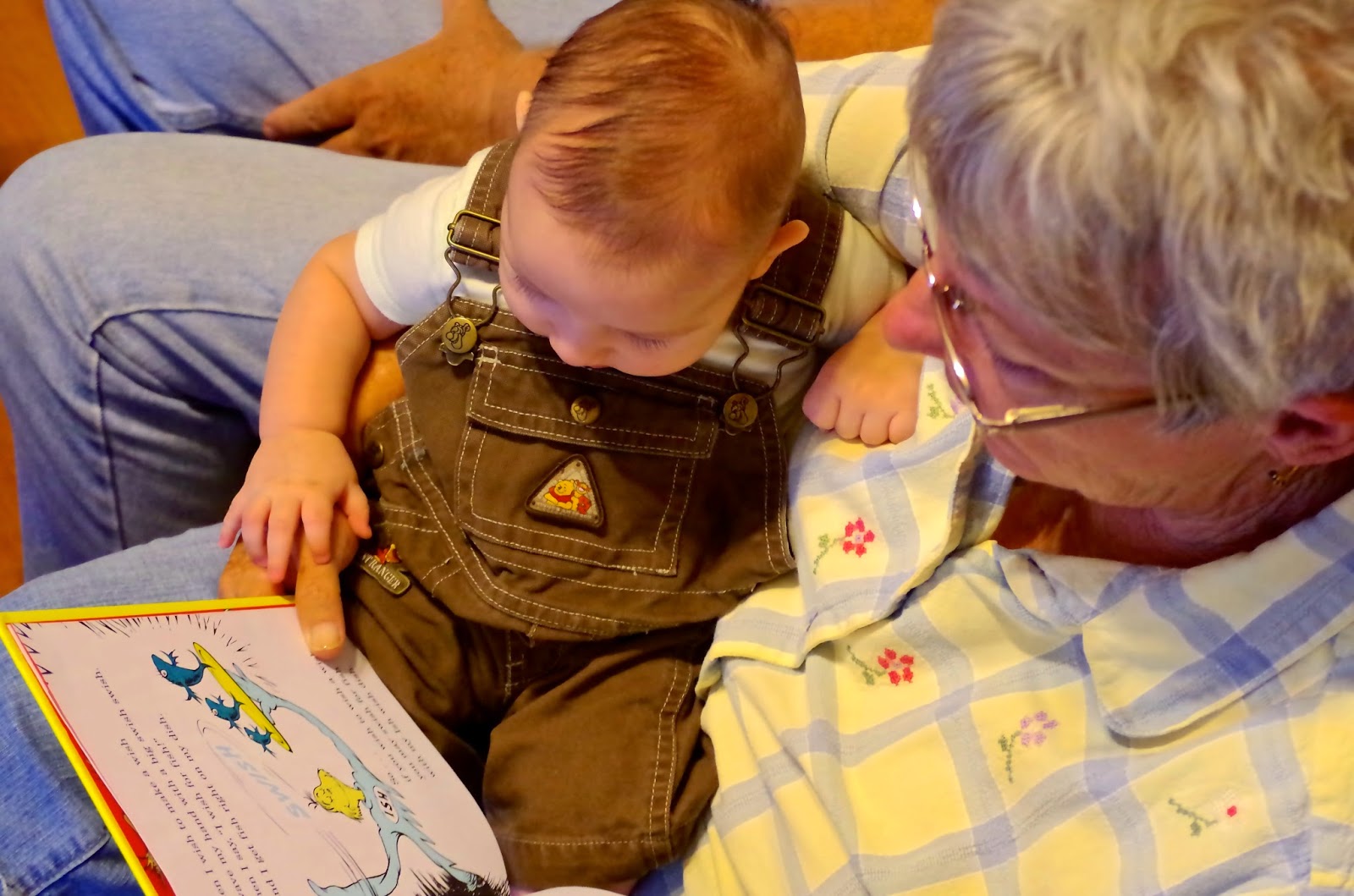 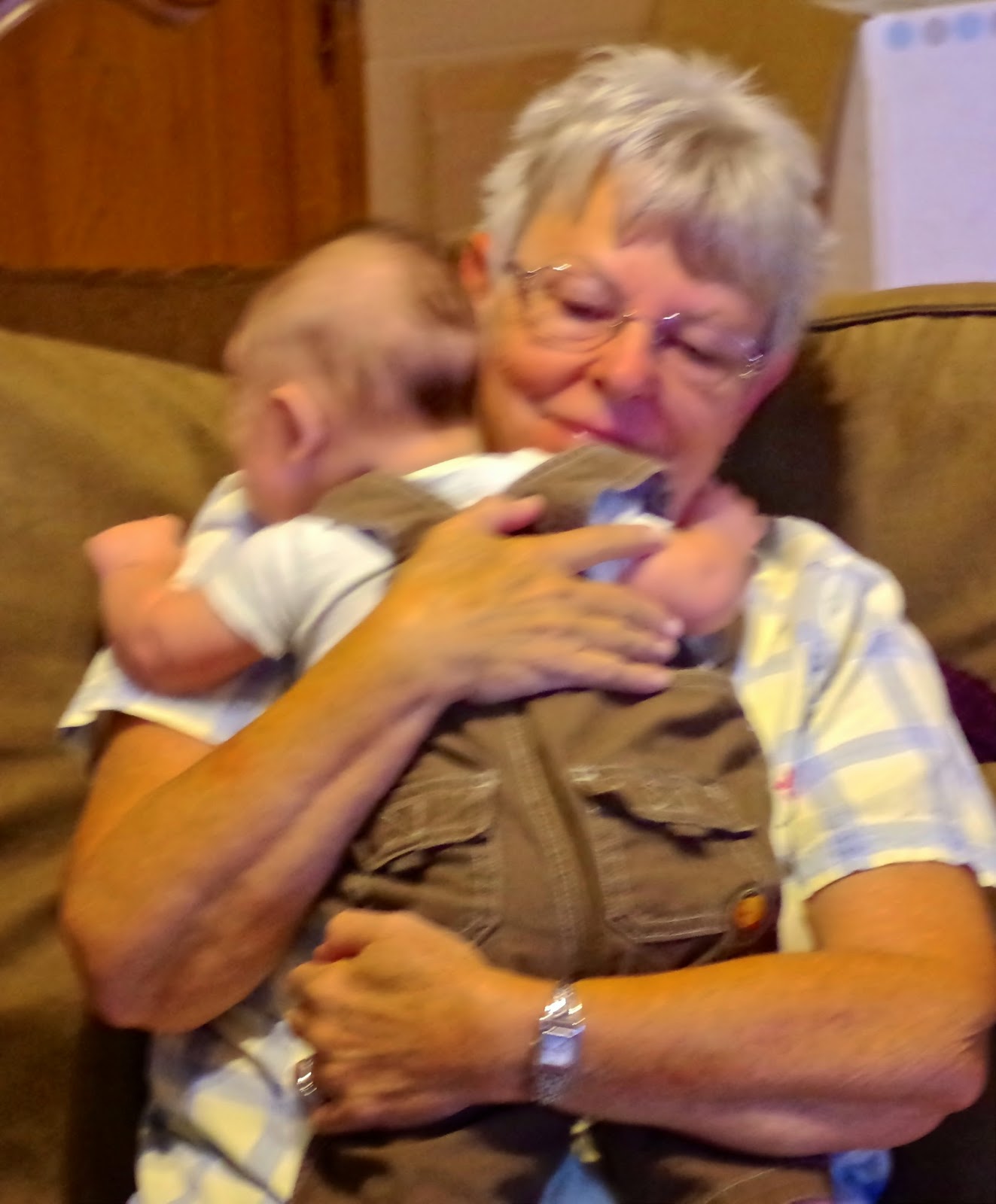 There were a couple of other times - a day or half a day where Ernie would tell us to "get lost", well, he probably said it a little nicer, like "go have some fun, you can't really do anything today while I'm working on this section..."  So, with phone in hand (in case he needed us) off we went - to Fort Worth!

Looking for something a little different to visit, we chose to start off with a visit to the Bureau of Engraving and Printing's Western Currency Facility.  This is one of only two currency printing facilities in the US and the home of the new $100 bills.  As you can imagine, they didn't want anyone "taking pictures", so, alas, no cameras, phones, etc. allowed.  Darn.  So, I don't have any pictures, but I can share that it was an interesting tour that has you walking overhead, looking down on billions of dollars being printed, cut, banded, stacked and packed up to be loaded into the vault.  Afterward you go into a fun area that shows you the history of money, the changes over the years, counterfeiting, a sample of what the new bills are going to look like and what goes into all of it.  All in all, an interesting and fun place to visit!

I really wasn't up for any more museums, per se, but the National Cowgirl Museum & Hall of Fame caught my eye.  It sounded a bit different from anything we'd seen so far, so we gave it a try.  I no sooner snapped a couple of pictures at the entrance when they said "no pictures inside", darn.  Beautiful place, and really impressive.  Nice to see a museum dedicated to honoring the achievements that women in the American West, in this case, make.  It honored everyone from Sacajawea, Annie Oakley to Sandra Day O'Connor.  Women are nominated in five categories:  Artists & Writers; Champions & Competitive Performers; Entertainers; Ranchers & Stewards of the Land; and Trailblazers & Pioneers.

They had fun displays showcasing each of these areas highlighting the successful women in that area.  They even had a mechanical bull you could ride yourself!  I thought it was particularly interesting how they showed the evolution of the cowgirl in the rodeo doing stunts dressed in skirts & fancy outfits, even sitting side-saddle sometimes!

They also had various videos of women ranchers talking about their daily lives.  Twenty-four hours a day, seven days a week lives...loving it.  They have my respect, but I sure don't know how they do it...and I sure do know it's not a life I could ever do.  I left there feeling proud to be a woman, and a little humble in comparison.

From there we drove over to what Fort Worth calls their "Stockyards".  We missed the twice daily cattle drive of longhorns down the street, which is the big draw, really.  About the only thing truly left of the real Stockyards are the pens.  It doesn't seem like they are used anymore at all, so no cattle in them any longer.  All we saw was a tourist town of shops and restaurants and a couple of statues and murals.  We were so happy that we saw the real Stockyards in Oklahoma City!  We did manage to get a good burger and listen to some fun live music before we left and headed back to our coach. 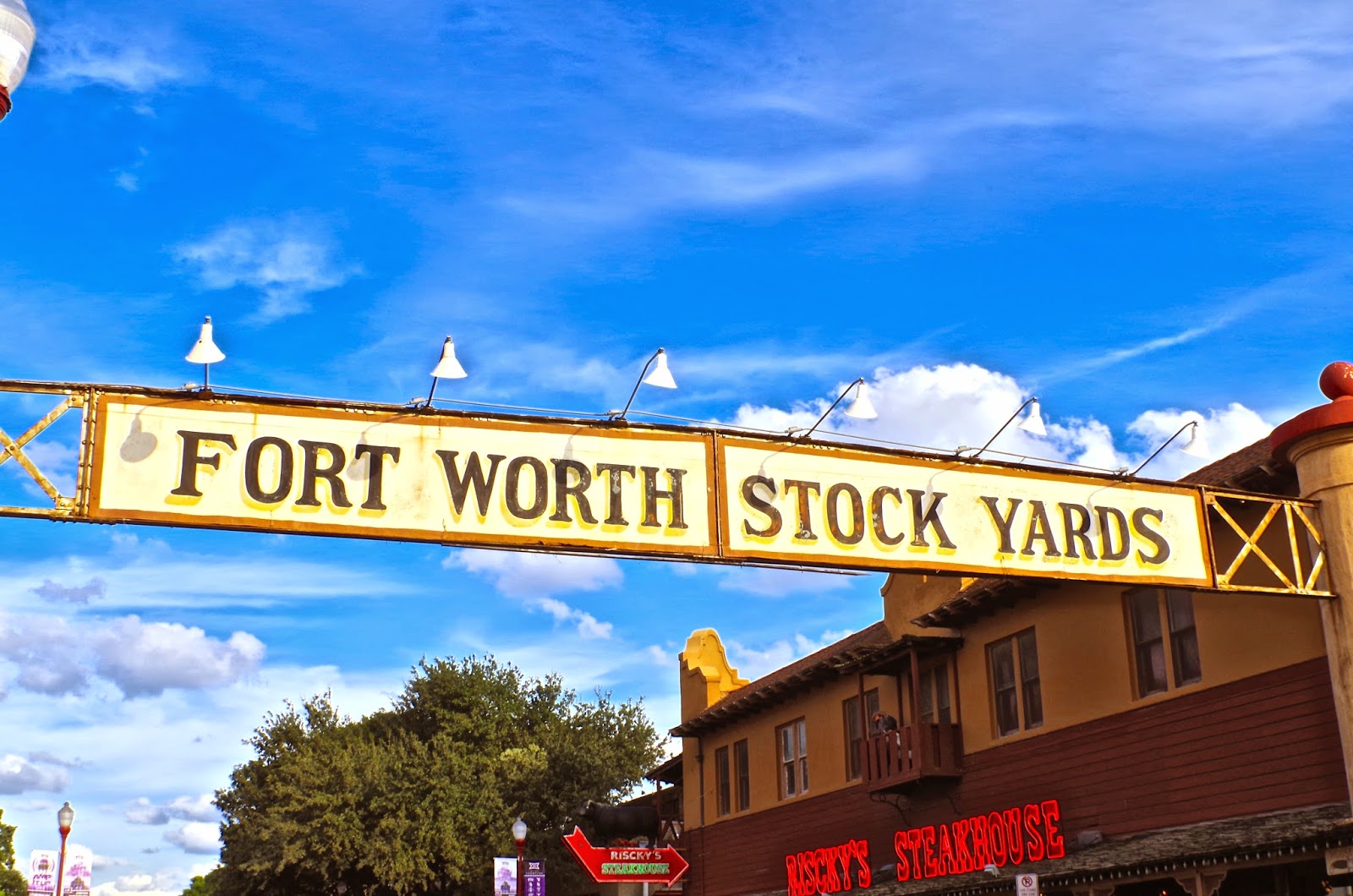 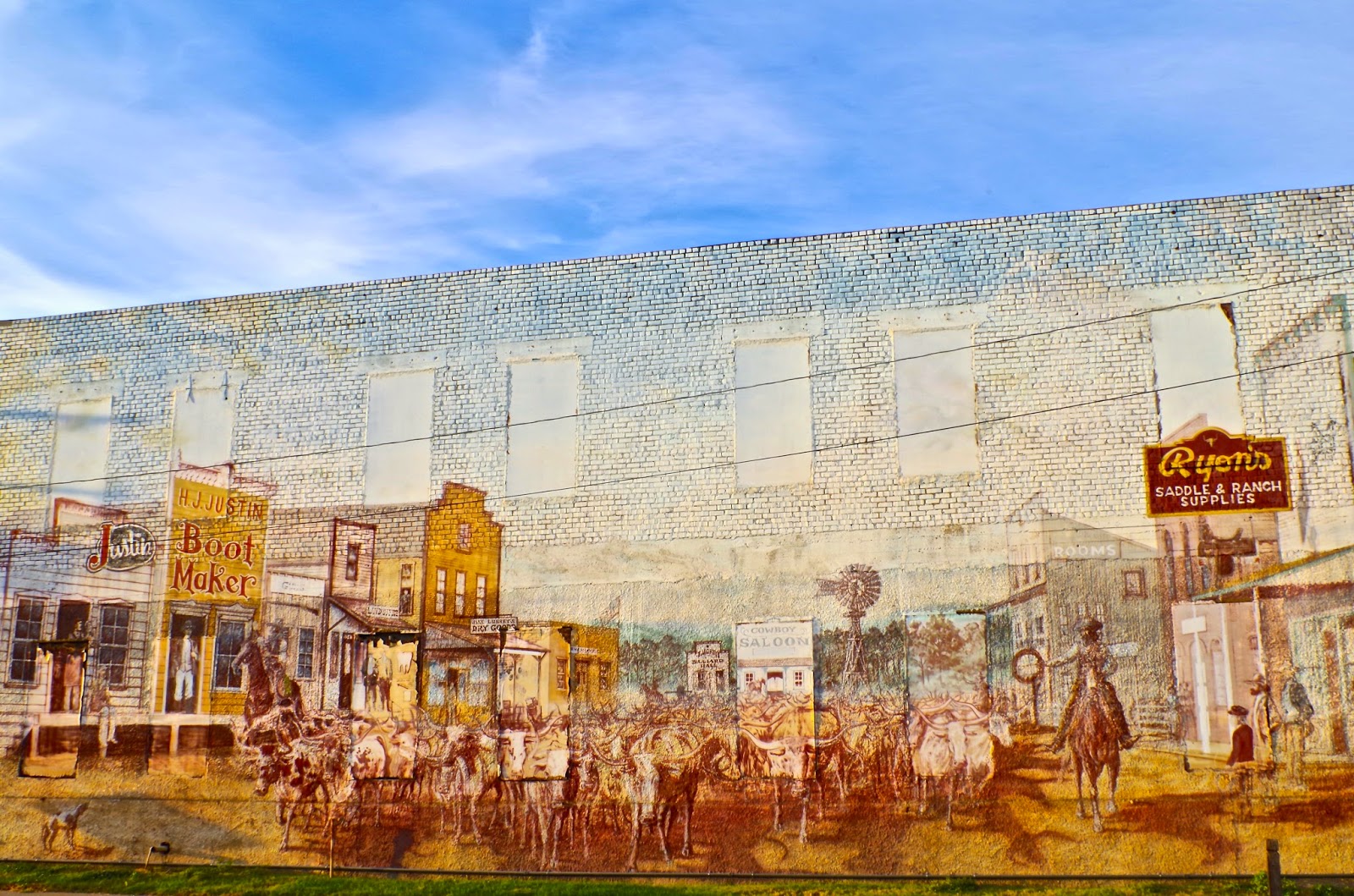 With the coach completed, family hugged we are on our way again!  Time to hit the road again and start heading back to see family in Washington... 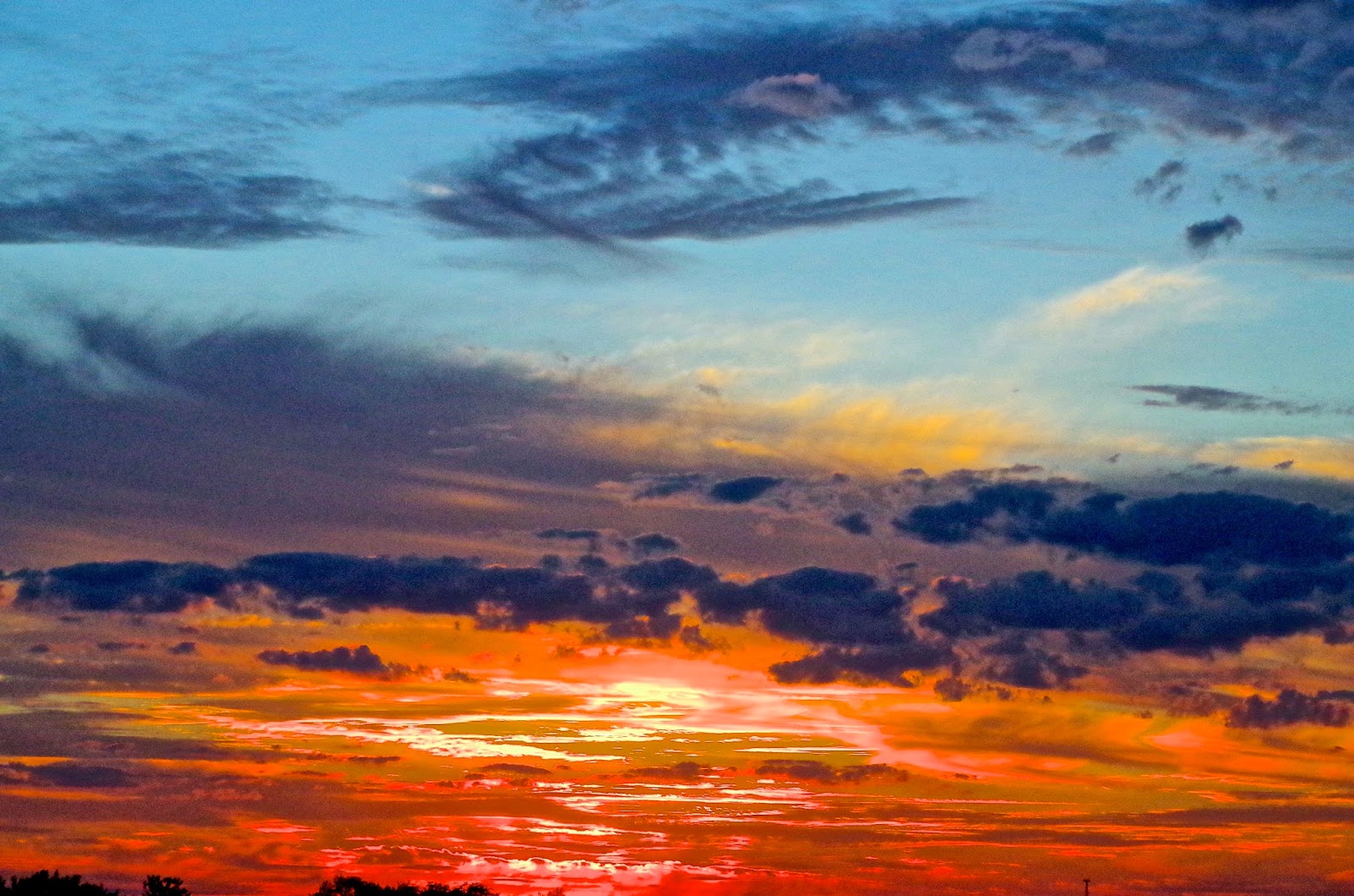