We had the wonderful opportunity to spend a long weekend with some special friends while passing through Denver this time.  We met Deb & Rich on our first year out when Jack spotted their rig and noticed that it was "just like ours!"  We met up with them that evening and spent the whole evening talking around the campfire and realized we had more in common than our two rigs.  We have visited with them before and always enjoyed their wonderful hospitality and growing friendship. 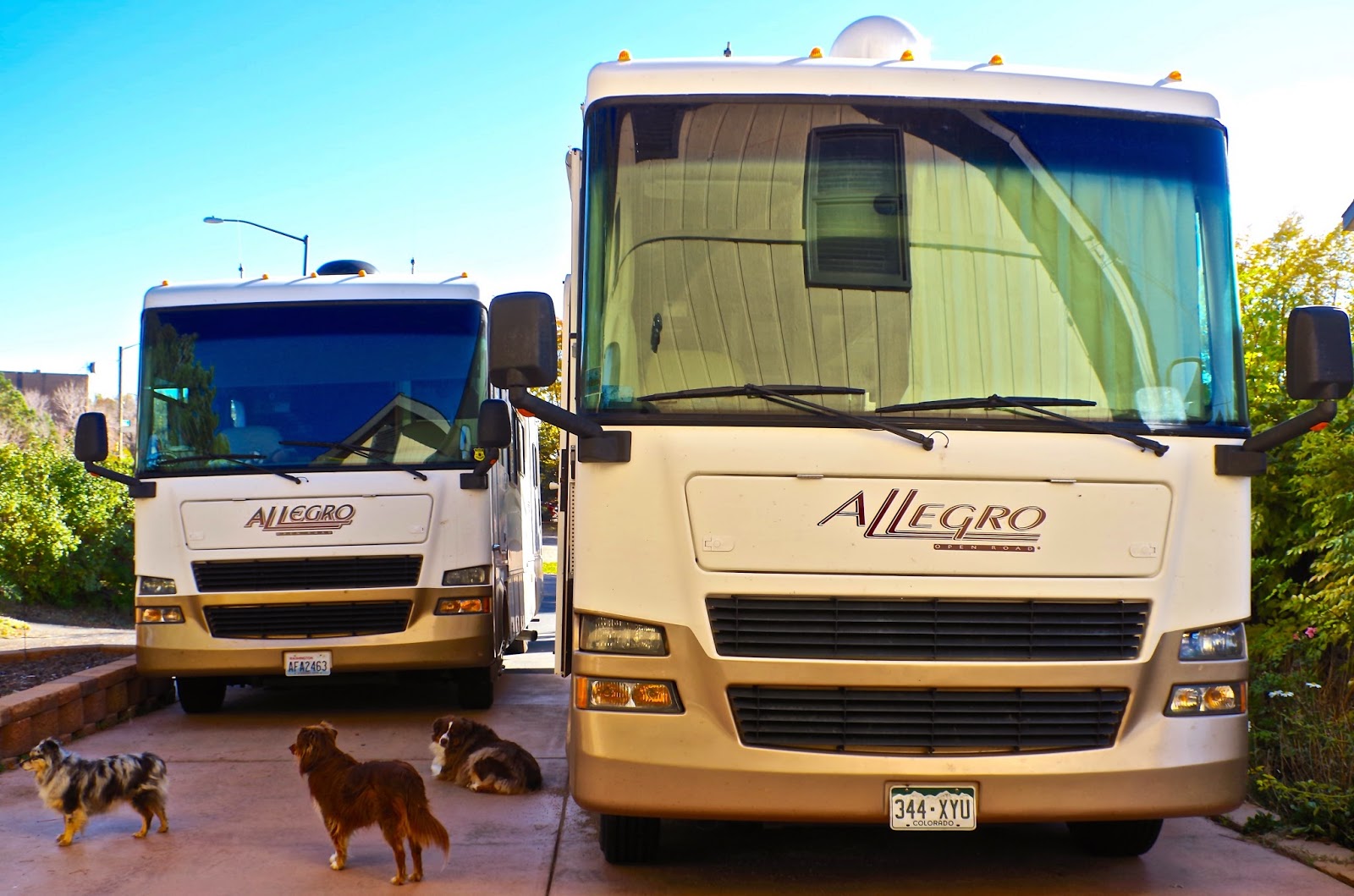 This trip, our "tour guides" took us to a few of unusual places... First up, was Tiny Town, in Morrison.  Tiny Town is almost a hundred years old, and started by a father who wanted to build a small town to entertain his small daughter.  As the saying goes...it grew!  To 124 building by 1924.  By now he had opened it up to the public and over 20,000 people were coming to visit it. By 1927 it had become as well known as Buffalo Bill’s Grave and Pike’s Peak, and the project outgrew George Turner’s spare time so he sold out.

Over the years, it's suffered floods & fires, it's closed and reopened several times, volunteers, and finally a foundation is established to operate it and help restore and maintain it.  It's back up to 90 buildings, several of them from the original 1920's.

The day that we visited, it was closed, but a young man, Jason, was there cleaning, and said that he didn't mind letting us in and would give us a little private tour.  As we toured, several other people stopped and asked if they too, could come in.  Jason, ever gracious, let each small family in, taking the time to tell us about each small building, it's history to Tiny Town and to Denver.  It was quite something to see. 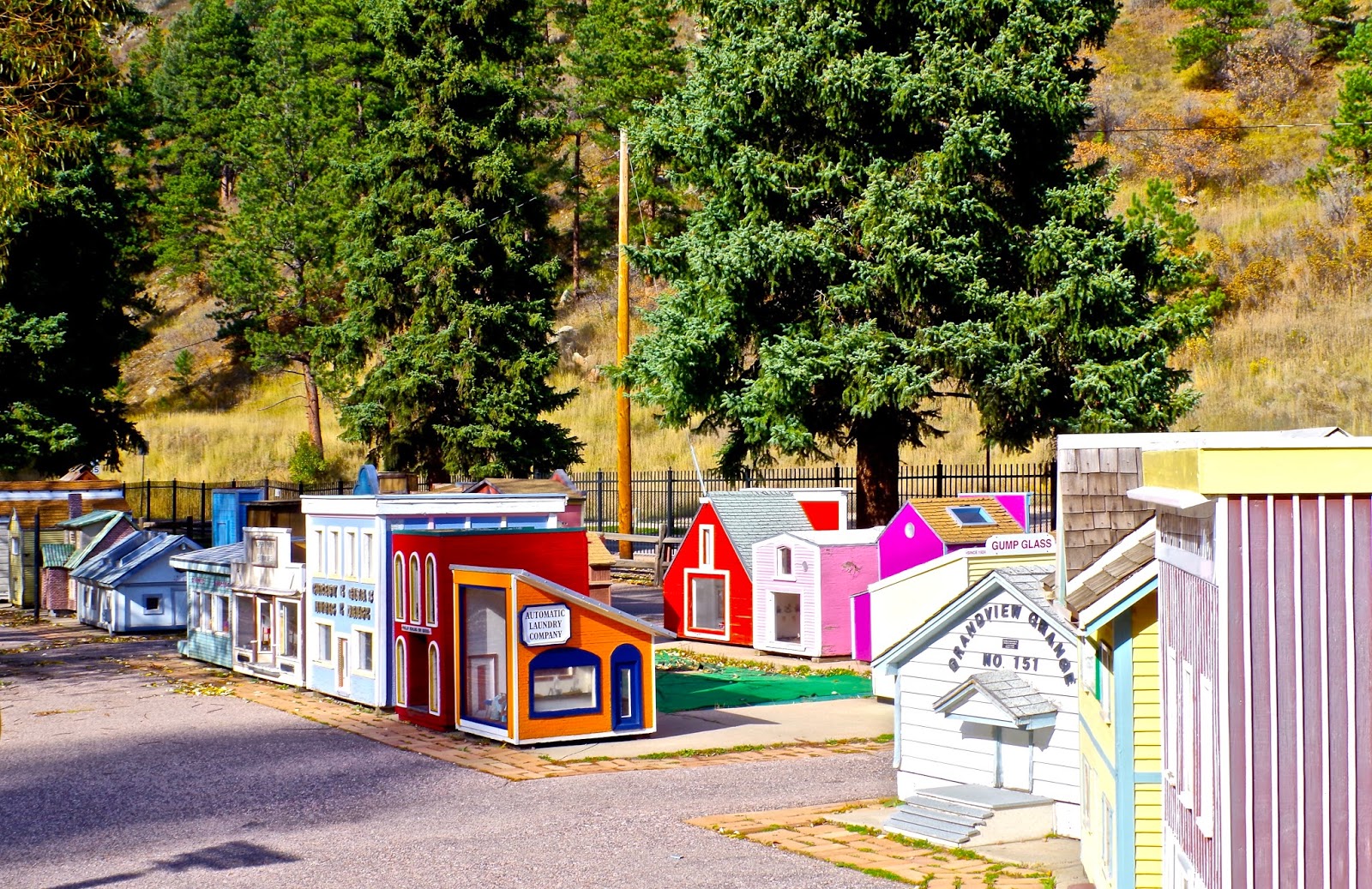 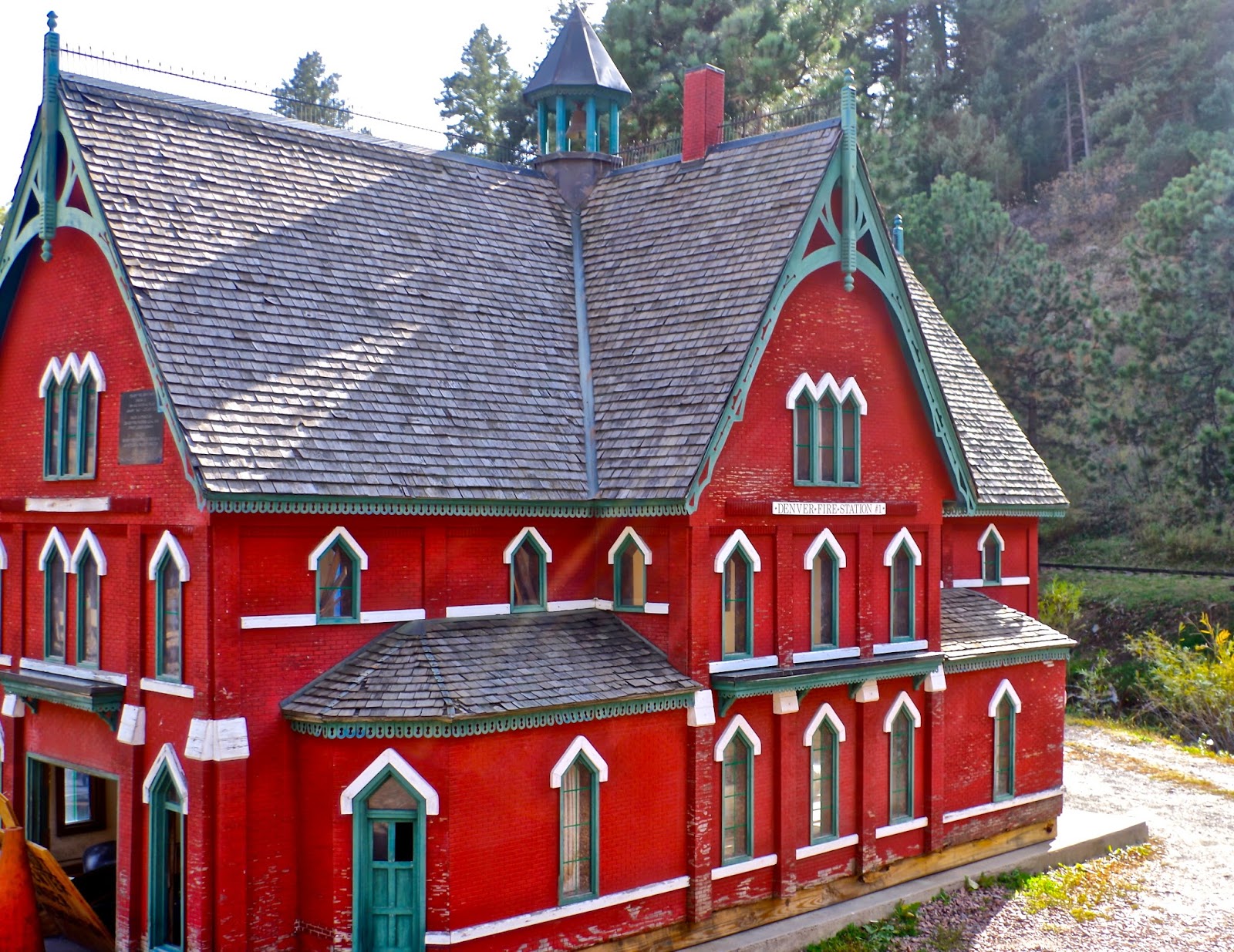 In our many conversations, I had shared with Deb & Rich my love of unique cemeteries, so they said they knew of one they thought I would enjoy seeing, so off we went to the  Bear Cañon Cemetery in Sedalia.  They were right.

One of the first things you see is a large rusted metal cello!  There's really no marker other than a large rock with a picture and some silk flowers and a small American flag.  I did some research and found out it all belongs to Aaron Pope, but that's all.  No dates, etc.  One can only guess that Aaron played the cello and lived and died in Sedalia Colorado.  That's probably all anyone needs to know I guess.  That's the way this Cemetery is.  It's full of very personal, individual, unique memorials & headstones.  Everything from Aaron's cello to another's simple wooden cross & pink stone heart, or one with a small blue cowboy boot & small metal cross.  Some had big family areas that included a bench telling about the plane that went down while ranching and then all the rest of the family headstones surrounding it.  The oldest dated back to some Confederate War Veterans in 1823-1899.  Many had mementos surrounding them, tools, baseballs, toys, pictures, even boxes or bottles filled with notes & letters.  One had beautiful rocks & geodes circled all around each of the five graves.  A truly heartfelt place.  I left there pondering where I might like to be "remembered" one day... 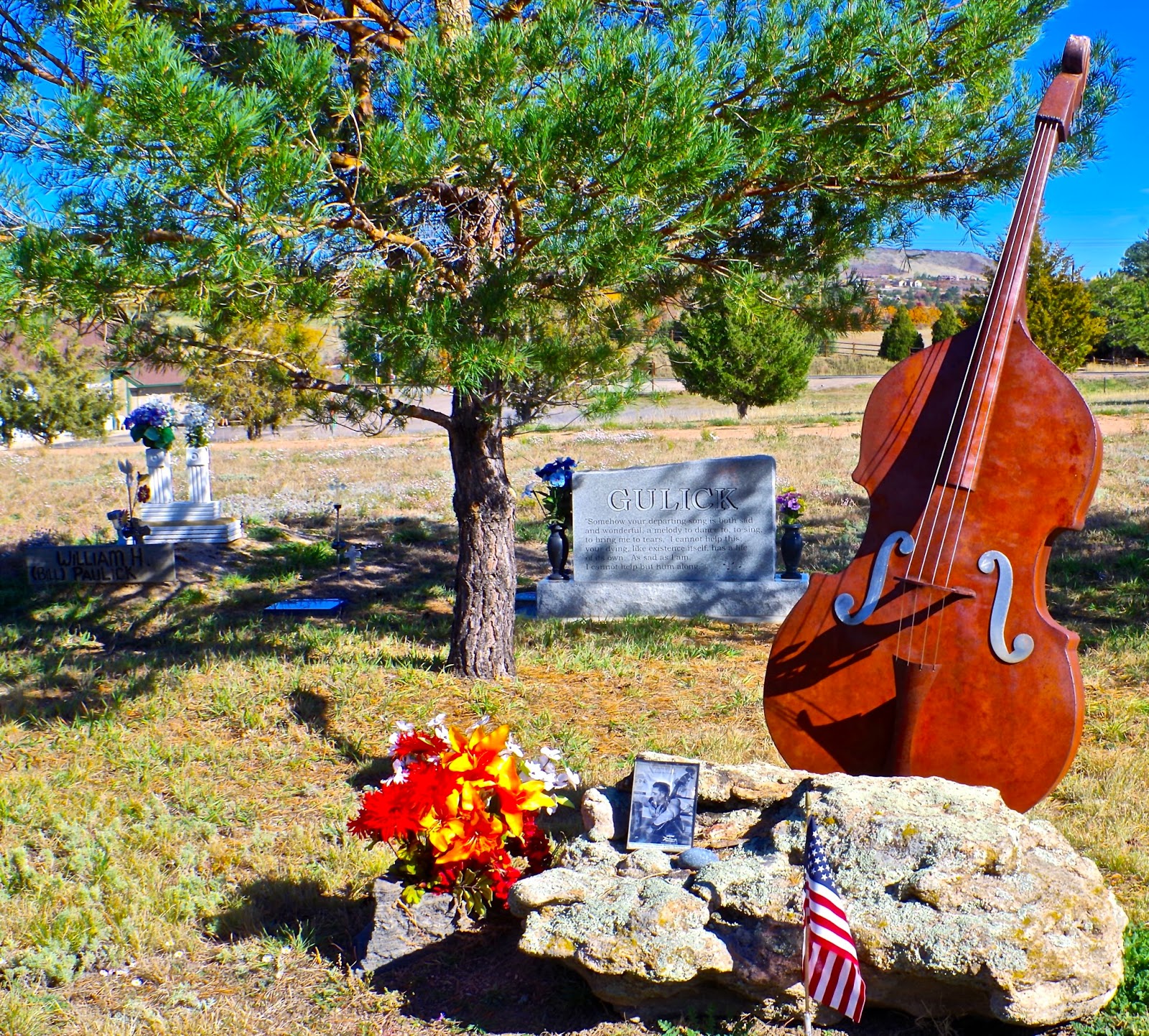 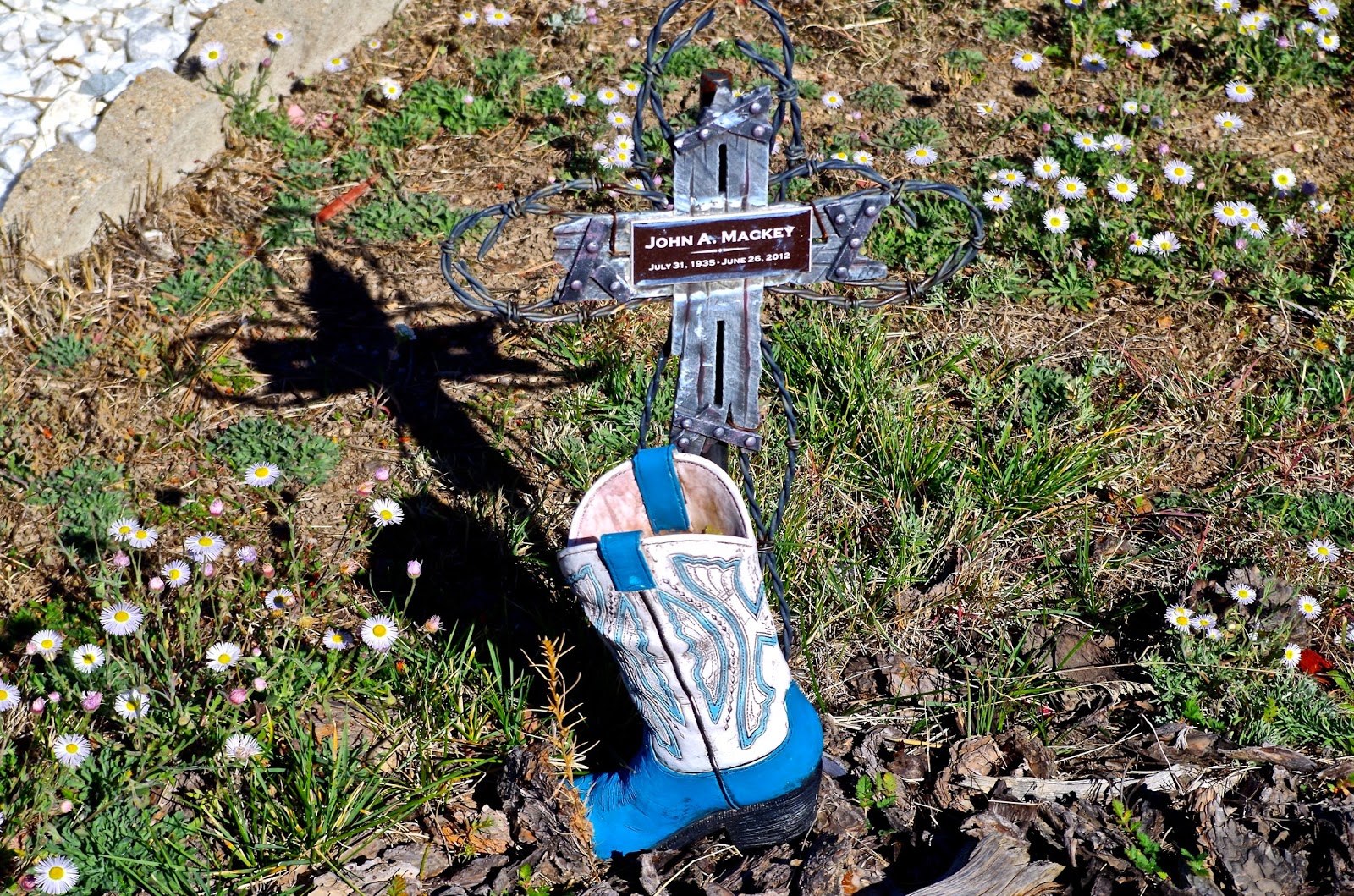 The next stop was a quick one, for laughs and a photo op!  We had looked up the "Roadside America" to see what funny thing there was to see, and "Sun Spot" came up!  Rich knew just where "he" was too!  A 20' tall dog covered in pet tags, out in front of the Denver Animal Shelter!  To cute to pass up, so we didn't!  ;-) 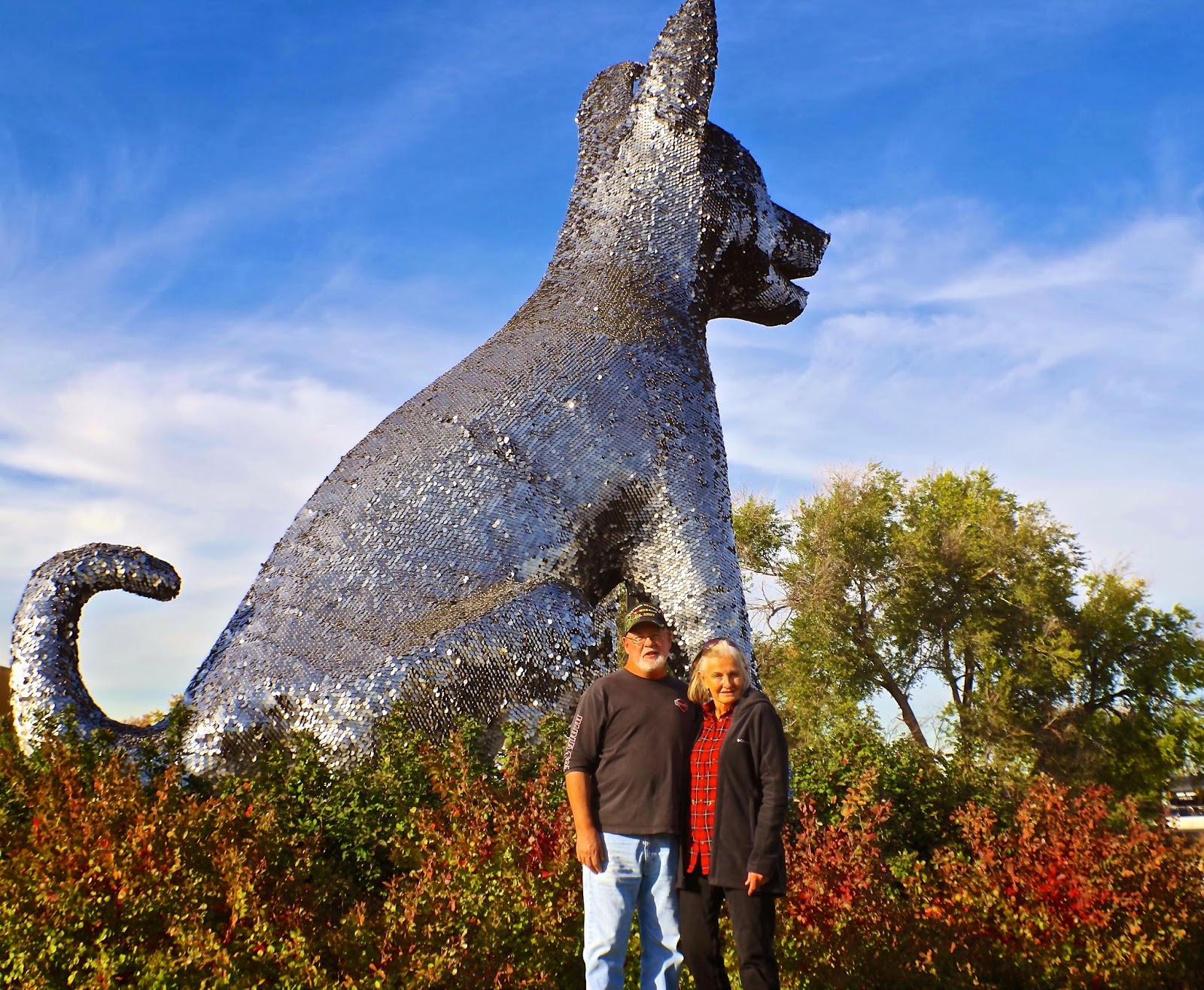 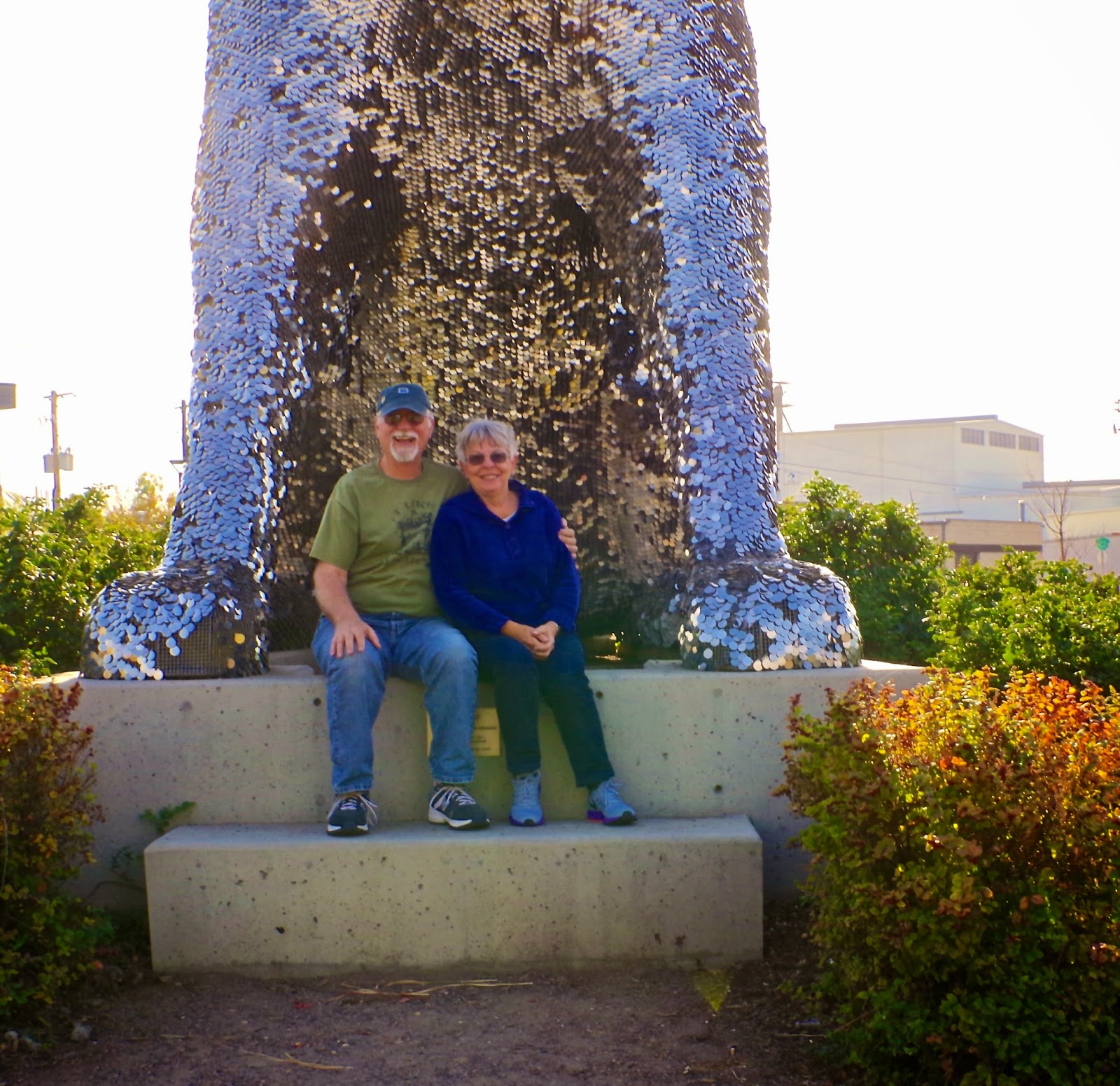 From there, we finished off our day at the oldest bar in town, and as Rich said, one not to miss seeing either! The Buckhorn Exchange (est 1893) in Denver.  Wow, it certainly made your jaw drop, that's for sure!  We weren't hungry for dinner, good thing too, as we didn't have reservations and needed them, but had some nice appetizers and drinks upstairs. 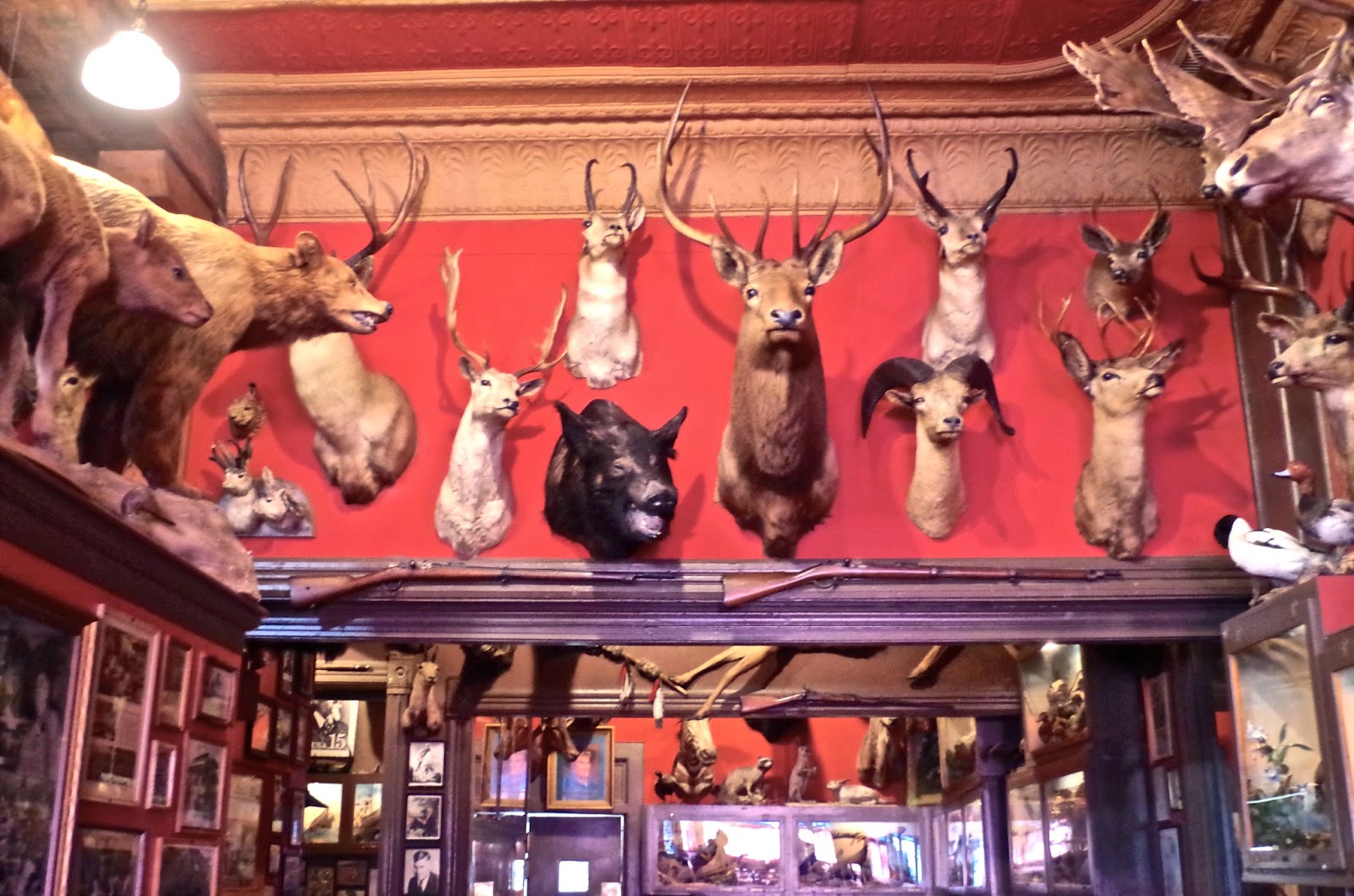 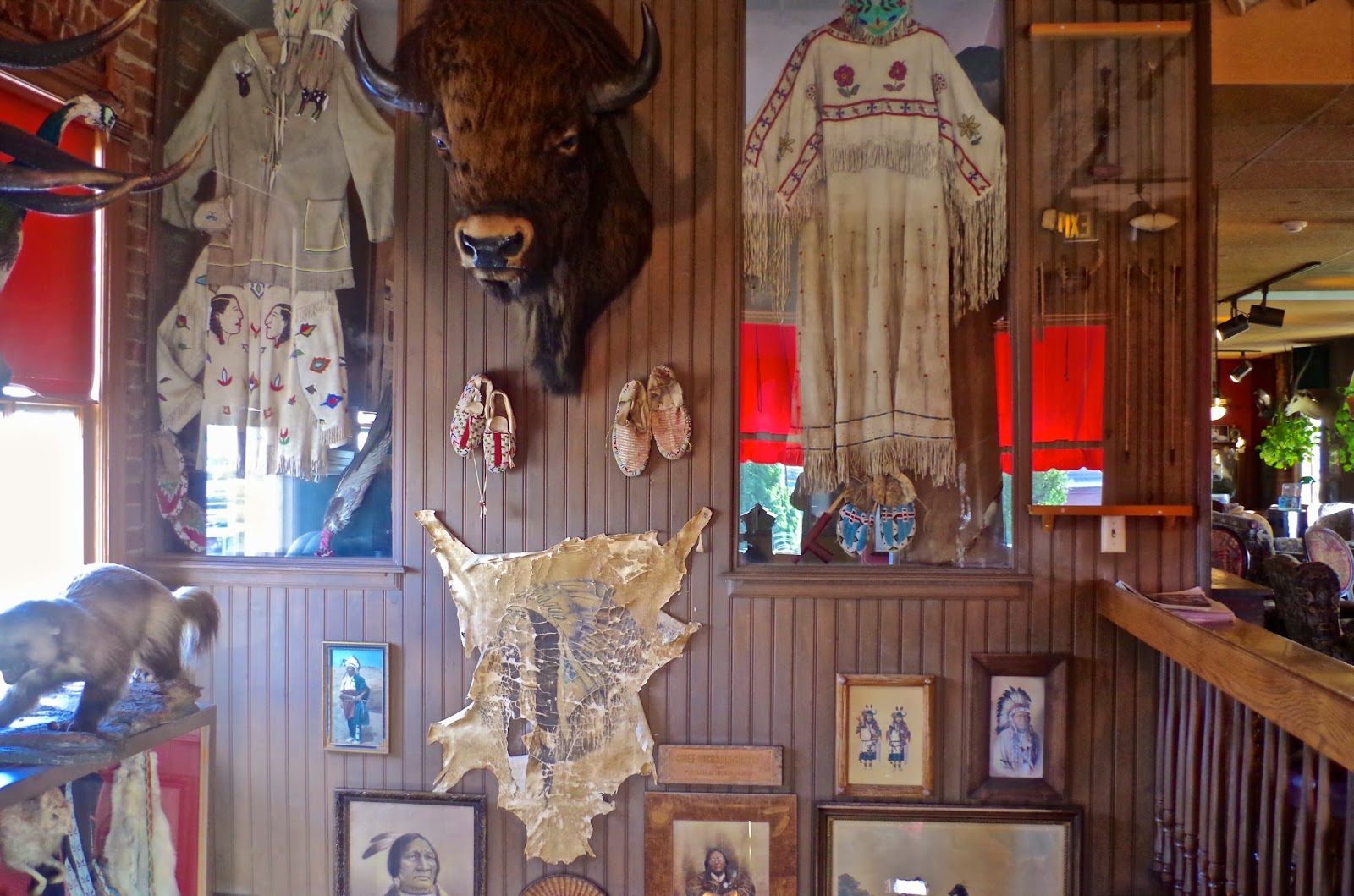 Colorado is such a beautiful state, we love traveling through here.  We often think about if this is a place we could settle down in some day, and with such wonderful friends like Deb & Rich, it wouldn't be hard.  Who knows what the future brings...