Fun and Friendship in Florida! - Week one...

(Phew!  Having a computer on the fritz, sure puts you behind!  So, am trying to "catch up"!)

Every now and then it's nice to have company along the way, don't you think?  No matter how one travels, it's always nice to stop awhile and have some friends "join in on the fun!"  We had an opportunity to have that happen while we were in Florida for a few weeks.  You see, besides the RV, we own a timeshare, so, we decided to book it in Orlando for a couple of weeks and invite some friends in to share it with us!

The first week, was with our friends Pat and Taylor who hosted us on the Big Island in Hawaii last year.  What fun it was going to be for us to be able to show them around this time!  As Pat had done for us, I sent her a long list of places to see and things to do, to choose from, so that when they got here, we would have it all (well, kind of, anyway) planned out.

First up was the Kennedy Space Center!  In all the trips we've made to Florida, Jack and I had actually never visited here, so this was new to us too.  What a fun-filled day it turned out to be!

Just as we arrived, I couldn't help watch a mom with her young son in tow, all dressed in a complete space suit.  Boy, was he ready! I had to stop and talk to them a minute ( the grandma in me), he was 6 (same as my grandson, who also wants to be an astronaut) and he was going to be meeting with one of the astronauts today (you can make a reservation to do that), something his parents said he had been looking forward to for a long time.  It set the mood for the day. We were ready for our adventure now! 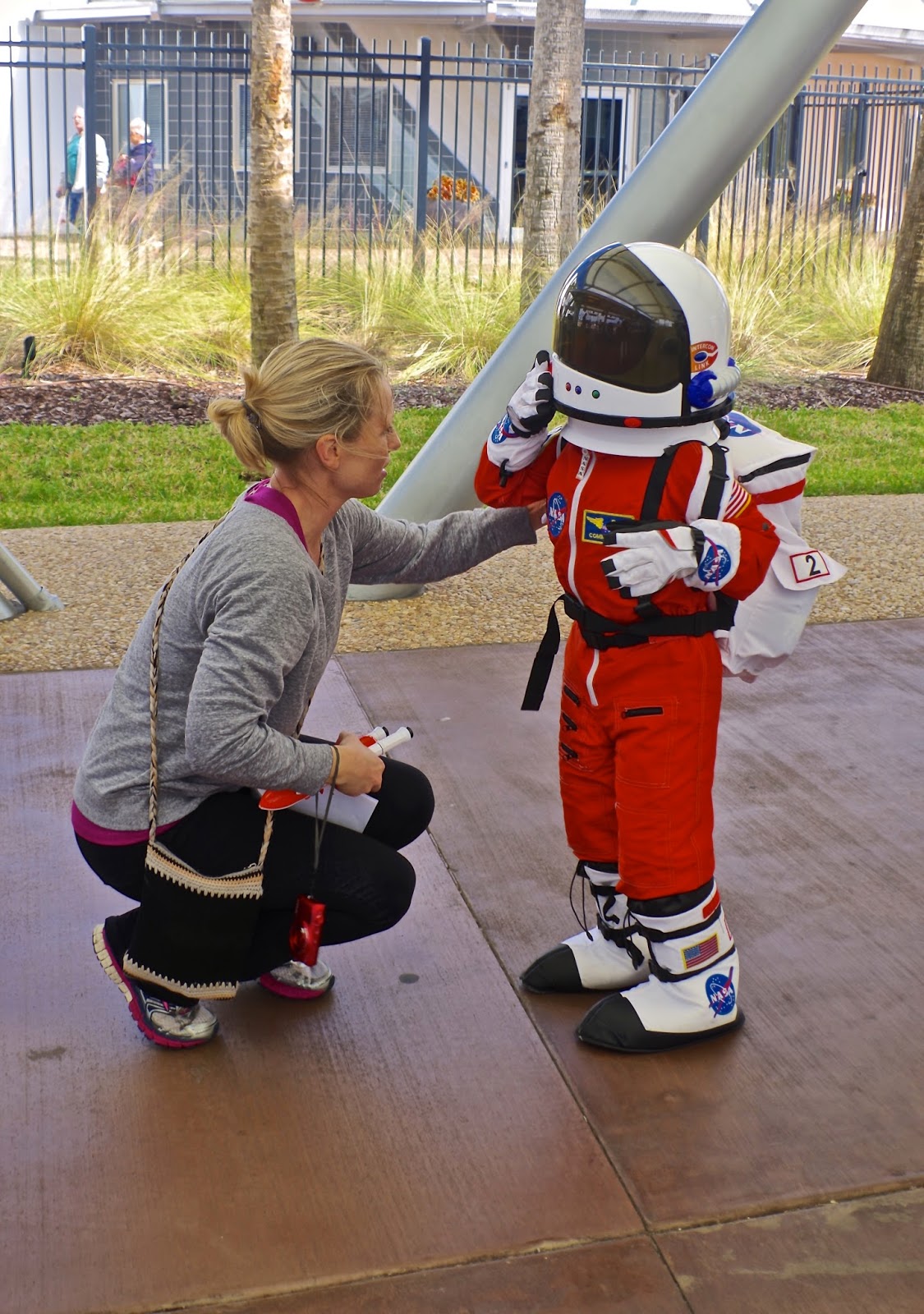 Off we went on our bus ride through the NASA complex, with a great guide, pointing out all the various buildings, rockets, launch pads, etc. Back at the museum, there were videos, and displays, memorabilia, and of course the Space Shuttle Atlantis. 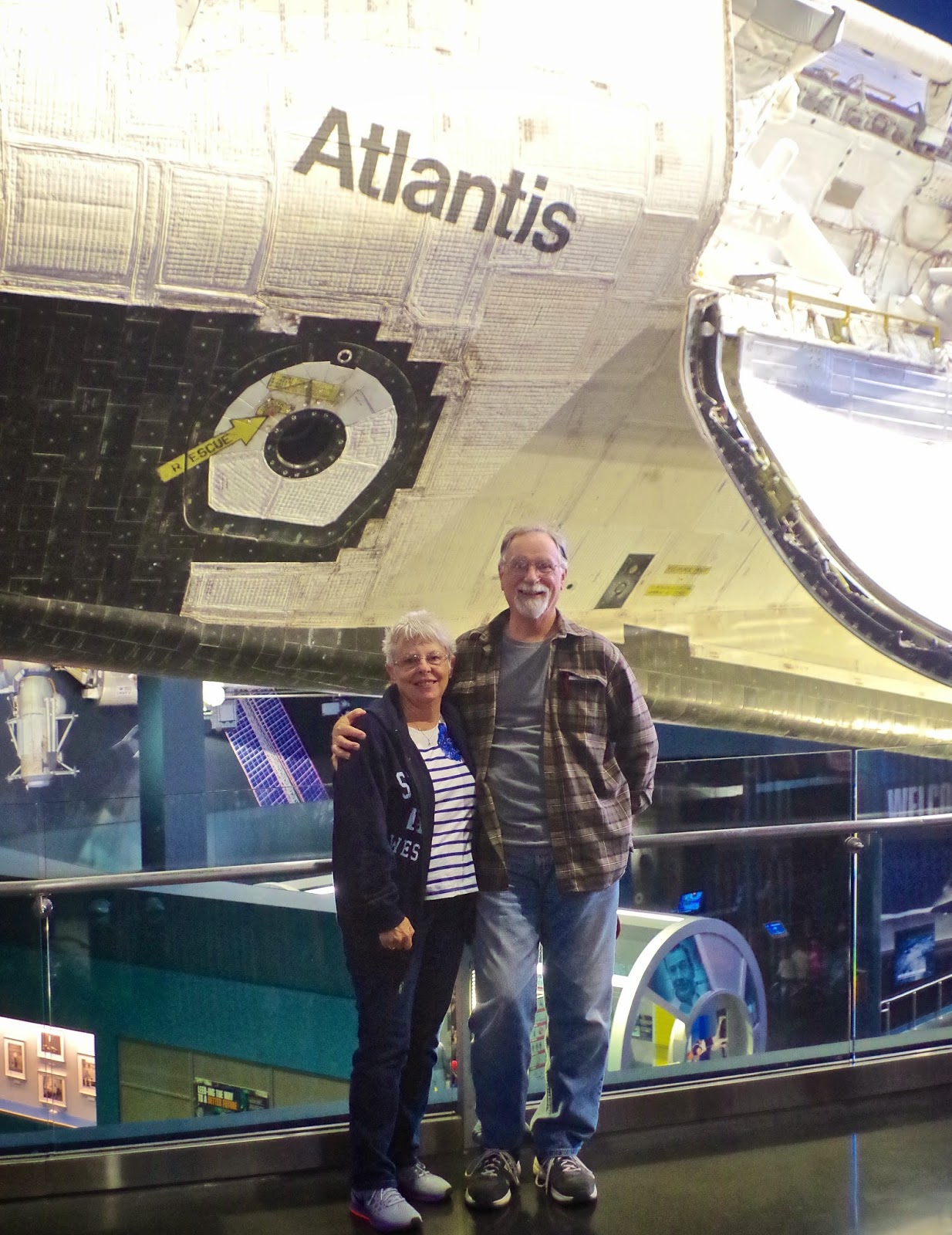 Taylor and I slid down a very long exit slide (fun!) while the other two opted to use the stairs... 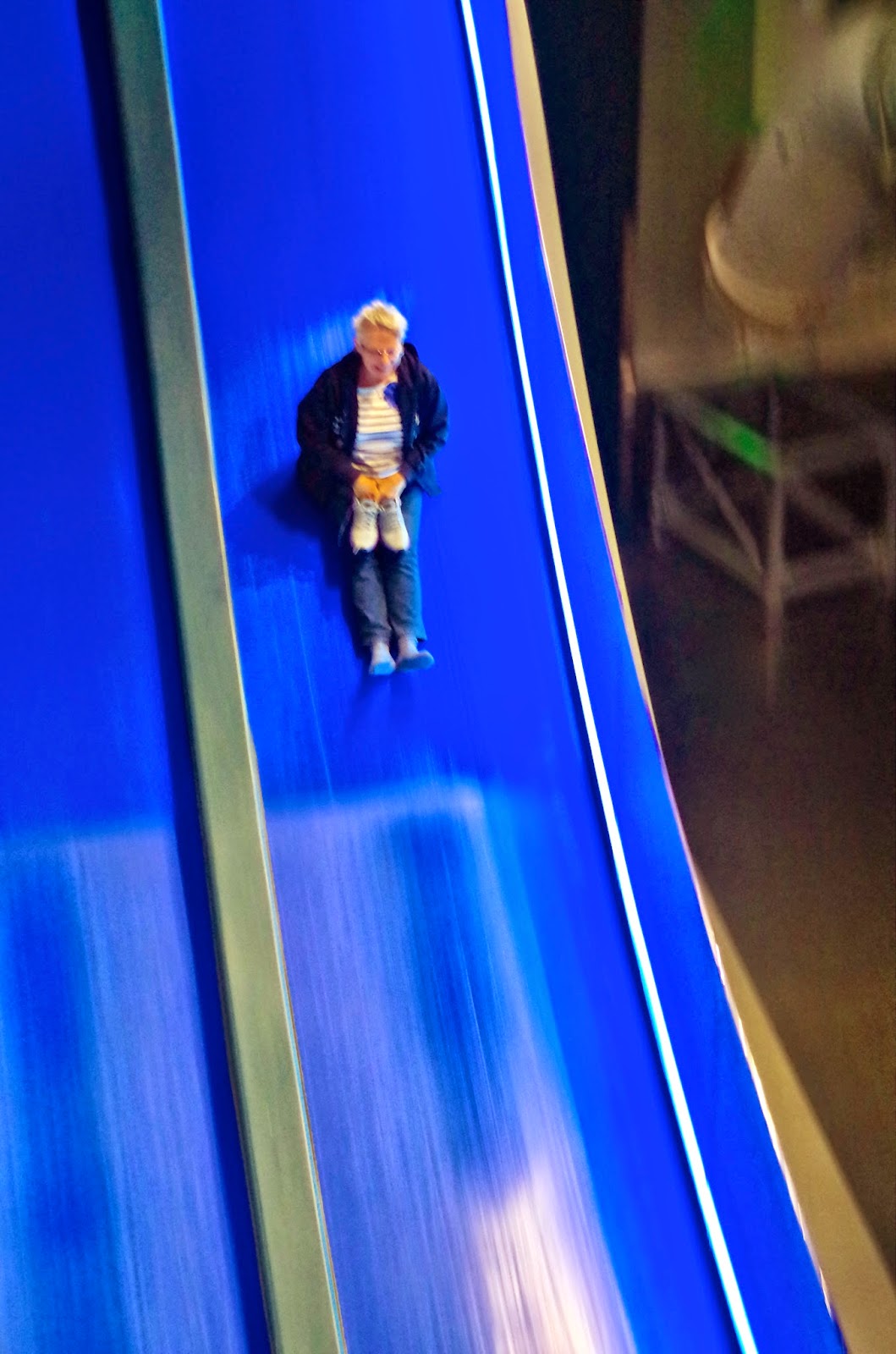 I think all the kids had fun that day! 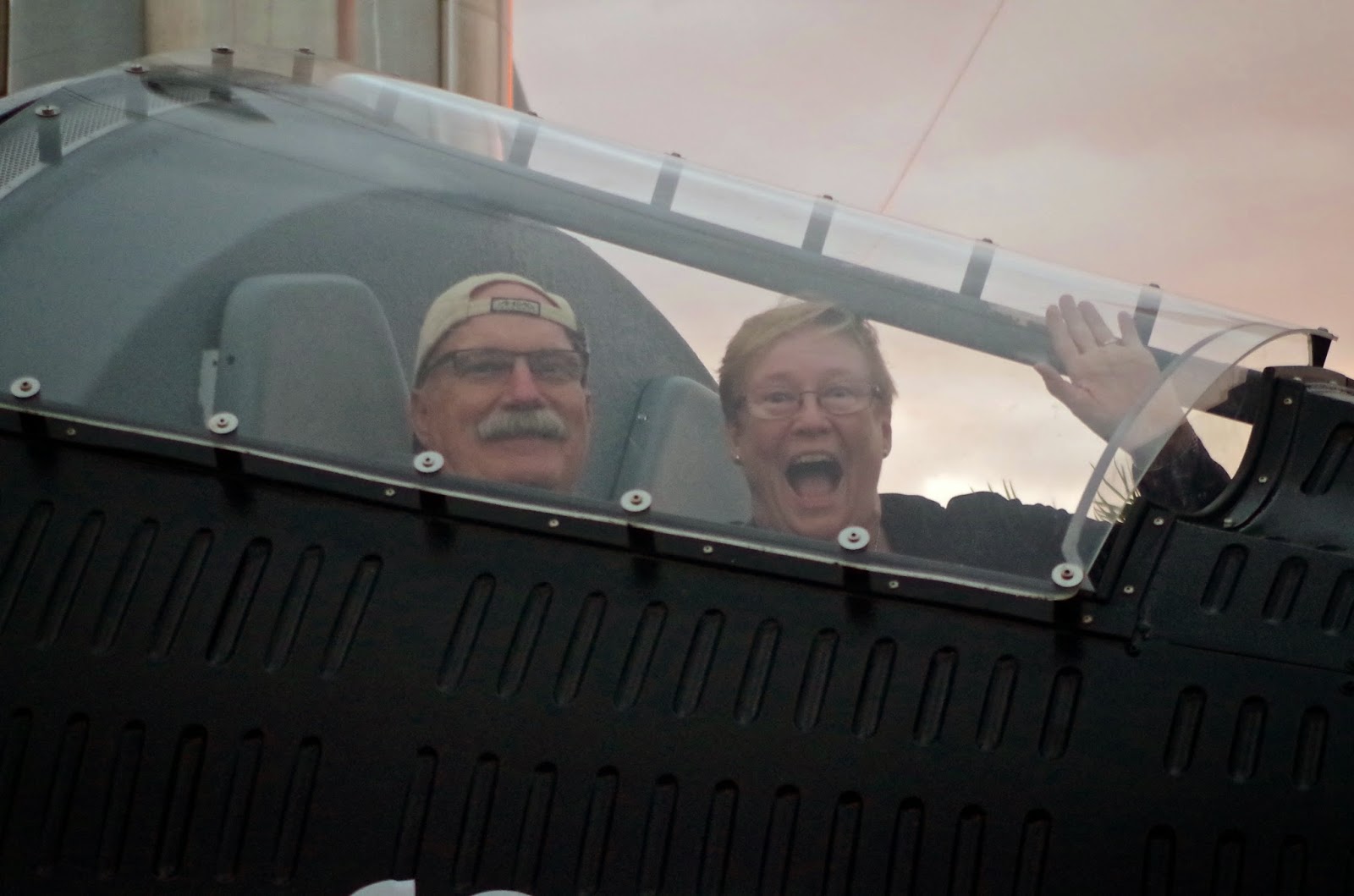 Taylor is big fan of drag-racing and had read that Don Garlits Museum wasn't very far from here, in Ocala, so asked if we could go there...of course!  So off we went.  Jack and I have been to a number of car museum's, but it's even better when you are with someone who really knows a lot about the sport.  Taylor does!  As we followed him around, he would share "who, what, when & where" on just about every single car there was in the place...it was just like being at the races with the drivers, wow!  Pretty cool.   That night we "topped it off" with a dinner theater at a speakeasy, called Capone's Dinner Theater.  A fun way to end a great day! 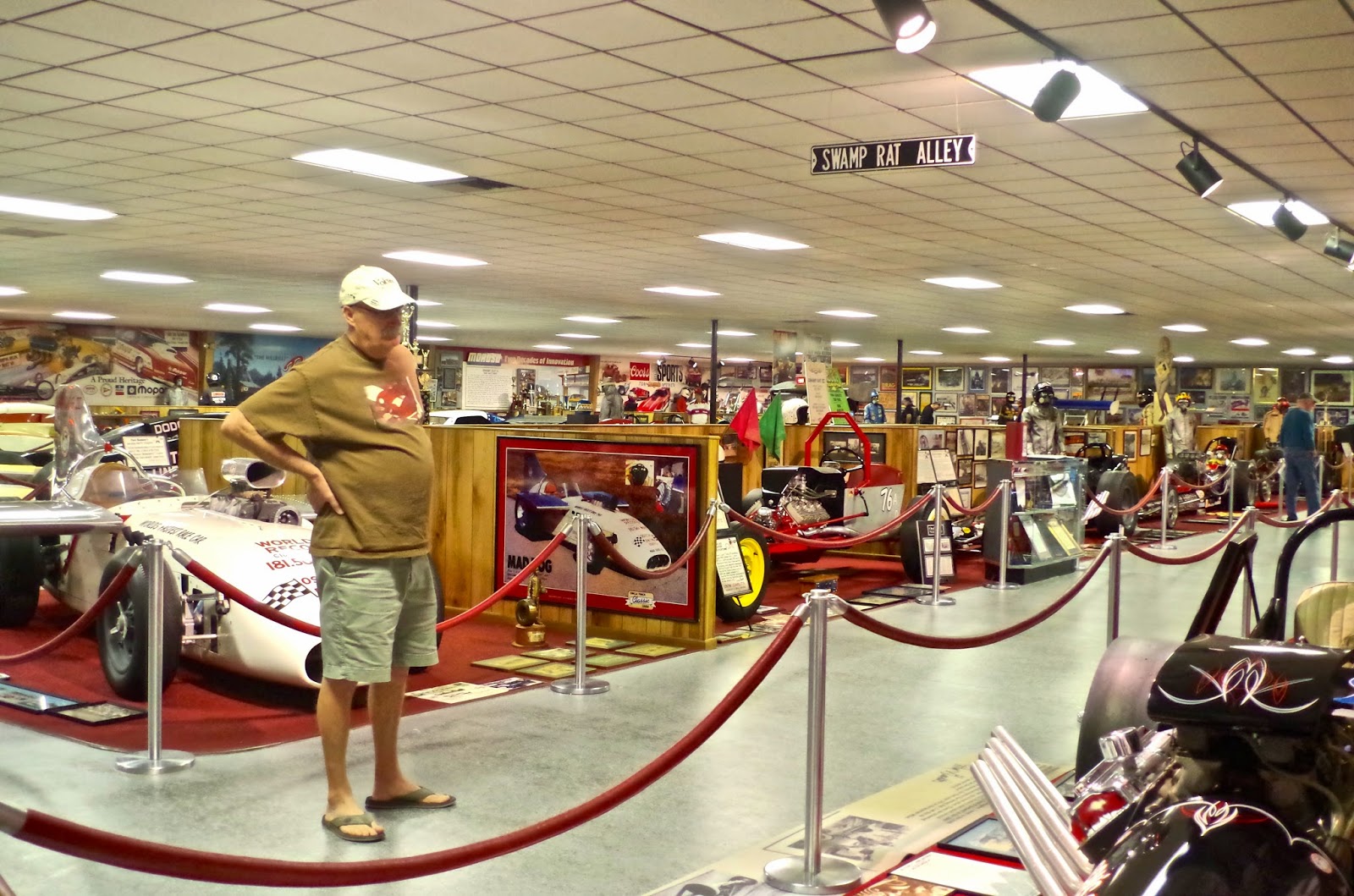 Well, Taylor had his day, then it was Pat's & my turn...off to Universal Studios to see Harry Potter!  Both Pat and I are big fans, and could hardly wait!  It had been three years since Jack and I had been there, and this year the new Diagon Alley had opened, so it was going to be an extra thrill for all of us!  We all decided to buy the "early entrance" because we didn't want to worry about crowds getting into the park, etc.  So, off we went at 7:30, bright and early!  The weather was clear and beautiful and we were as excited as little kids on Christmas morning.  It was everything we had hoped it would be...and more.  Both Pat and I just kept walking around with our cameras kicking away, saying "oh my, look at that!" over and over again.  I'm guessing the guys just smiled at us...I really have no idea what they were up to for the most part.  Once we got our fill of pictures, and got our "Butterbeer" we finally settled down to taking the rides.  When we finally boarded the Hogswarts Express Train, I kept thinking "I wonder if they will notice if I just stay on this and ride it back and forward a few times?"  ...I just didn't want to leave.  Of course, eventually, we did have our fill of both sides of The Wizarding World of Harry Potter
and moved on and enjoyed the wacky world of Seuss Landing, the silliness of Toon Town where Betty Boop flirted with the guys (big time!), enjoyed all the big heroes in Hero Island, and even met Lucy in Hollywood.  But when the day is done...let Disney have Micky...my heart belongs to Harry... 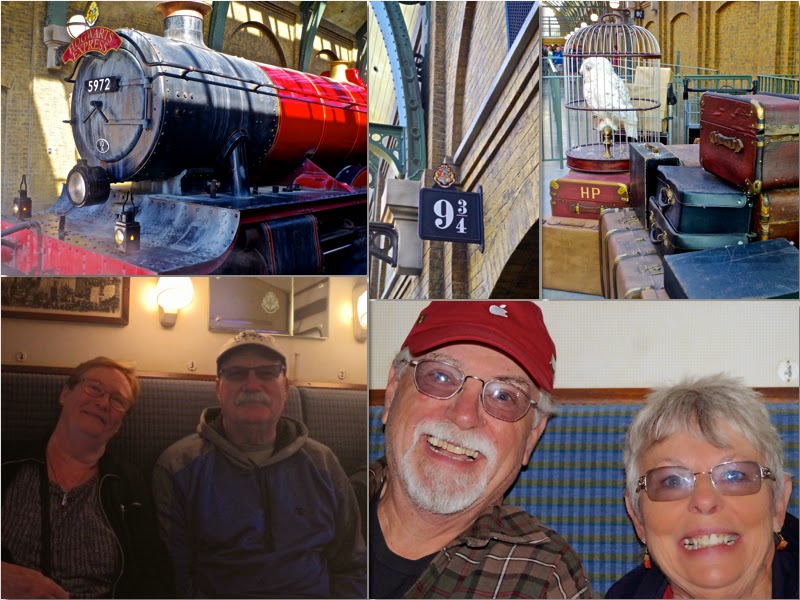 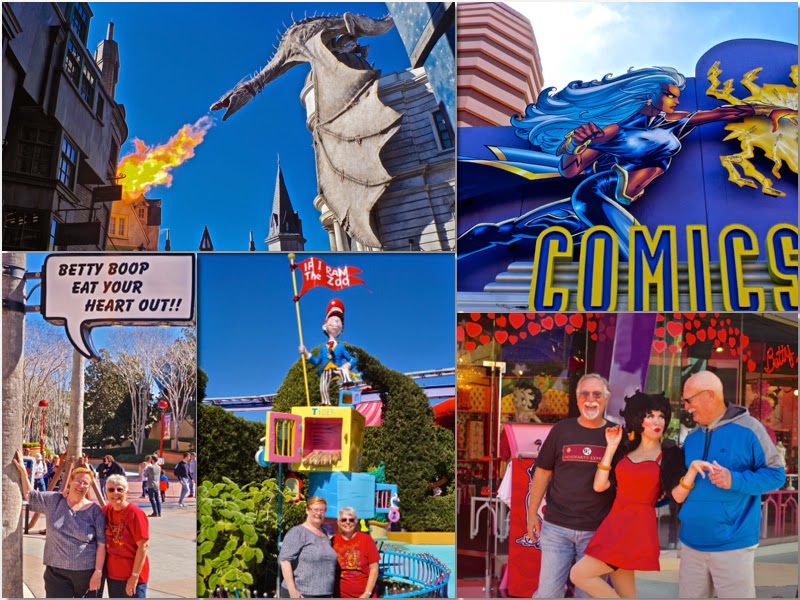 Before we bid our friends goodbye, we needed to take them to one more of our favorite spots in Orlando, and that is Bok Tower Gardens.  This garden is such a lovely, peaceful place...and so unusual.  They were able to catch the afternoon carillon concert from the tower, which is so lovely.  The garden is undergoing some renovations, so a number of the plant areas were not in bloom, which was disappointing, but overall it's still beautiful. 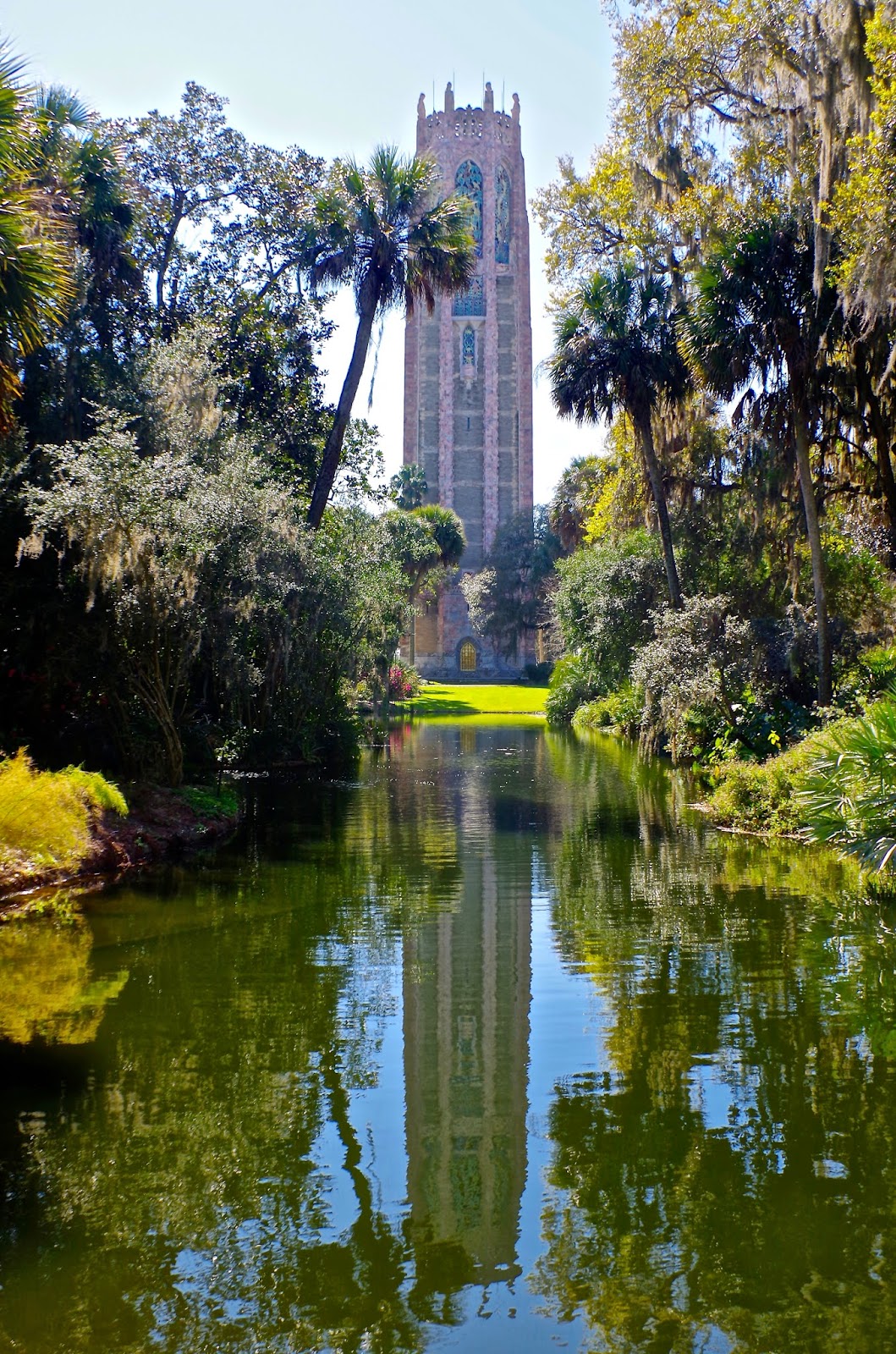 Afterward, we made a little visit to see the Monument of States in Kissimmee.  The four of us always try and find an "unusual local attraction" to see, and this was it! 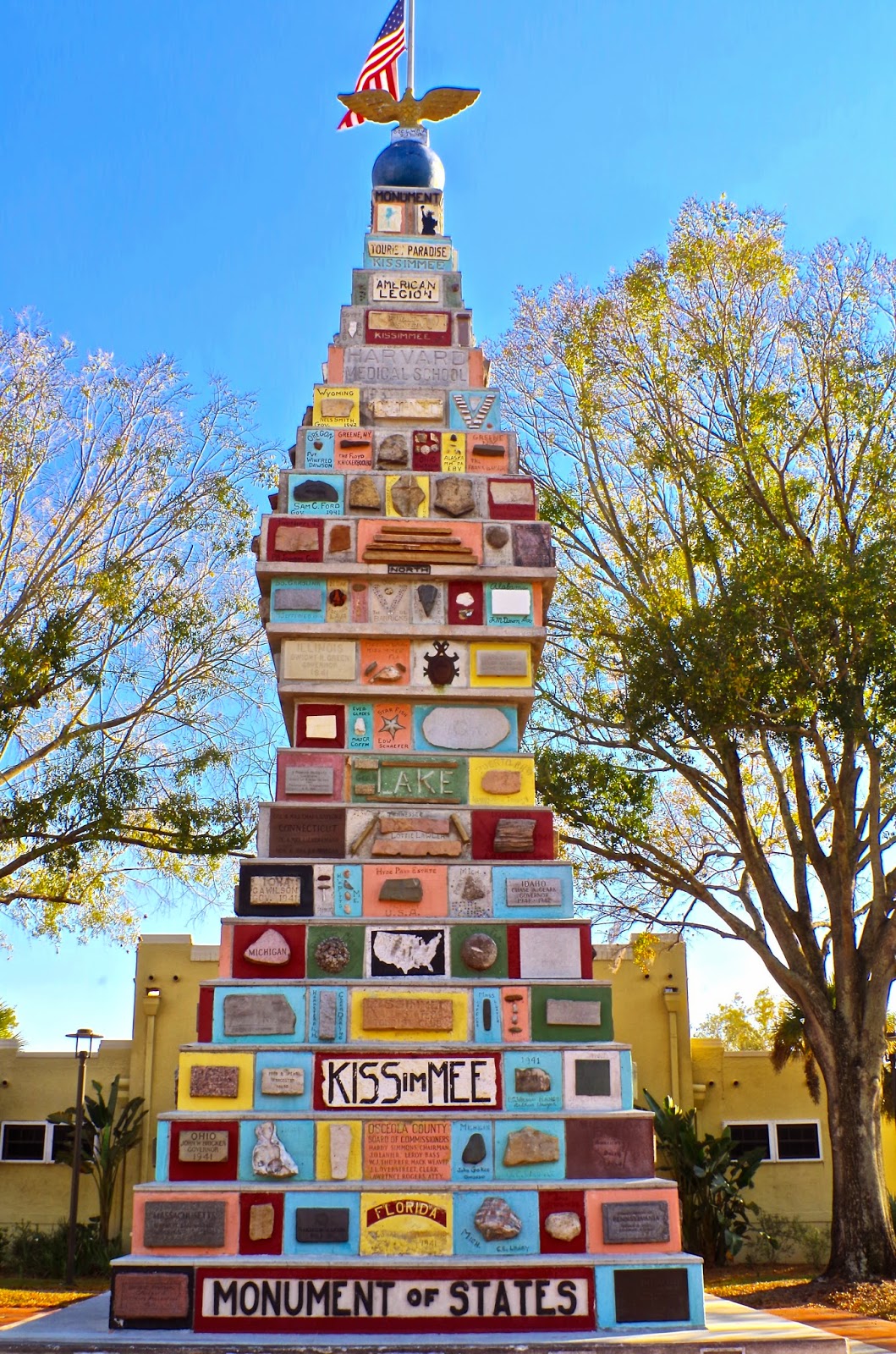 All to soon our friends needed to head back to sunny San Diego, so with big hugs and lots of wonderful memories we sent them off with promises to see them again soon.  As for this week... 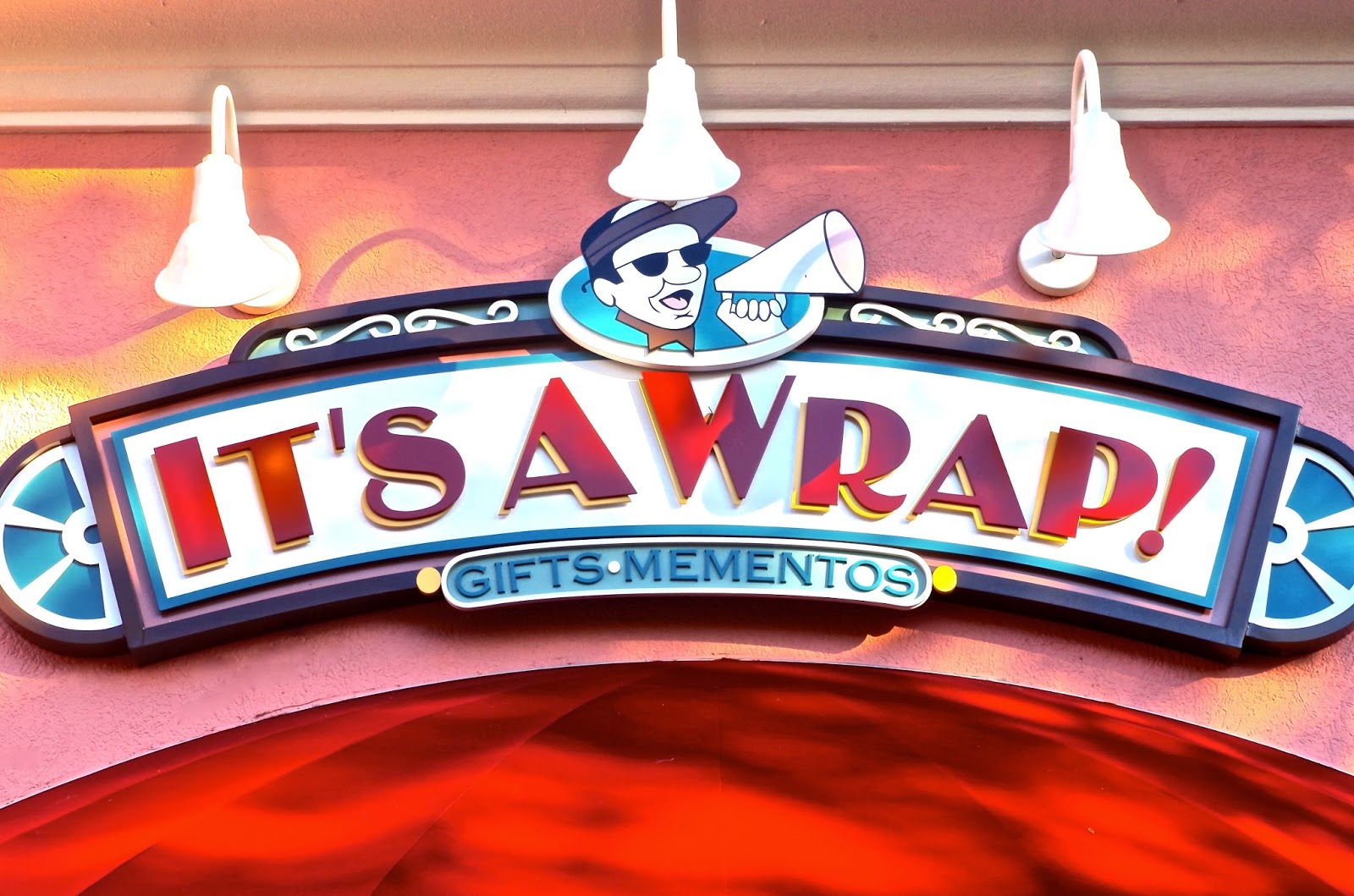 ...kicking back in Florida,  Marie
Posted by Marie