A few days in Fredericksburg

After visiting Austin, we decided to backtrack a bit and spend a few days in the small town of Fredericksburg Texas.  We had passed through it on our way to Austin, and craned our necks as we drove through this charming town.  It has a very  l o n g  Main Street chock full of quaint shops, eateries, galleries, etc. that just looked to good not to explore.  Checking our AAA Book, we learned that it was first settled by German farmers who began arriving in 1846.  The town borrowed its layout from villages found along the Rhine, as it also parallels a creek.  Modern-day residents carry on many other old country traditions serving "bier, bratwurst and everything in between".  It sounded to fun not to check it out!

Of course, our first mission was to check out that "Main Street"!  We managed to do half of it, anyway.  When I say it was l o n g, I mean it!  Plus, they have a few side streets that I'm not even counting!  Phew, that's a lot  of buildings to go in and out of!  Of course, it didn't help that it was on "Good Friday" and extremely crowed!  Oh well, so much for timing...once again! 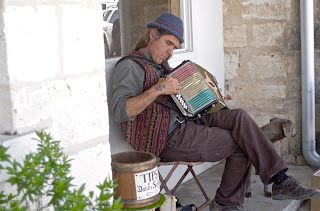 So, Saturday, we decided that instead, we would avoid downtown and go to the Wildseed Farms.  Fields of Texas Bluebonnets and Red Corn Poppies as far as the eye could see!  Lovely!!  My kind of place, yea!  It was so much fun, walking around, seeing such pretty flowers, families taking pictures of their little ones tucked in among the blooms, photographers with their tripods, birds building nests, shoppers deciding on what and how many bags of seeds to buy (including me!) I loved it!  So much fun!  I was in my element... 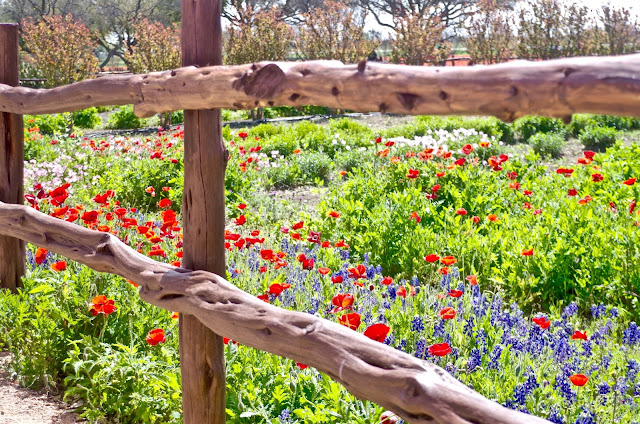 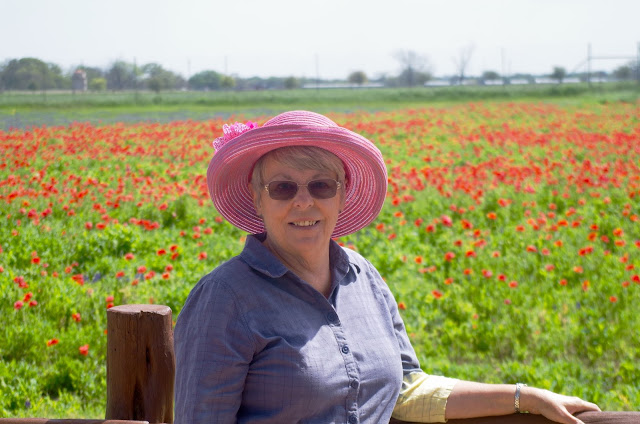 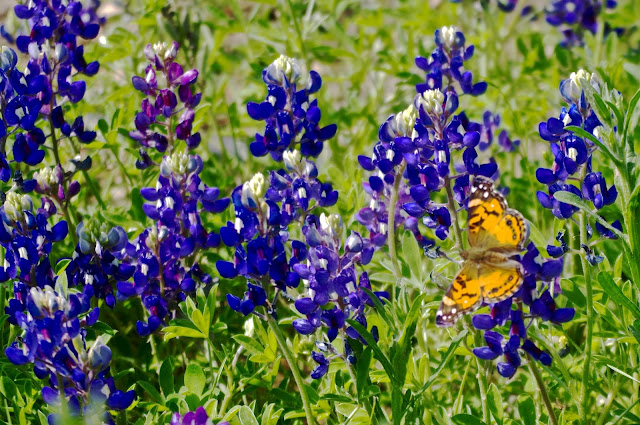 After we left there, we decided to make "a quick stop" just down the road at the Texas Ranger Memorial.  It's in it's first phase, so I didn't think it would take but a few minutes, but then we were greeted by Duke...  Duke is a retired Texas Ranger who takes pride in presenting not only what the Memorial is, but what it's going to be, and the full history of the Texas Rangers themselves.  We learned a lot from Duke, and look forward to seeing their Memorial complete in the coming years, they certainly deserve it. 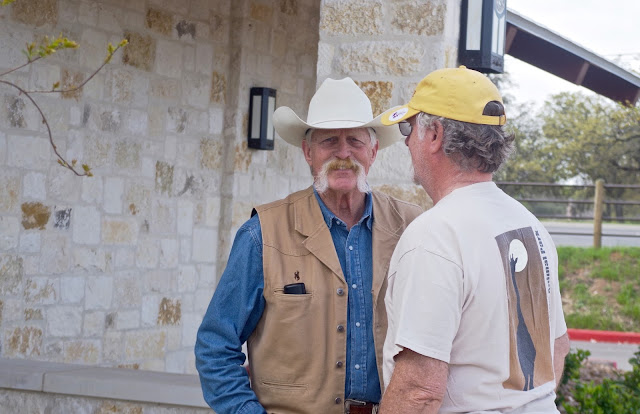 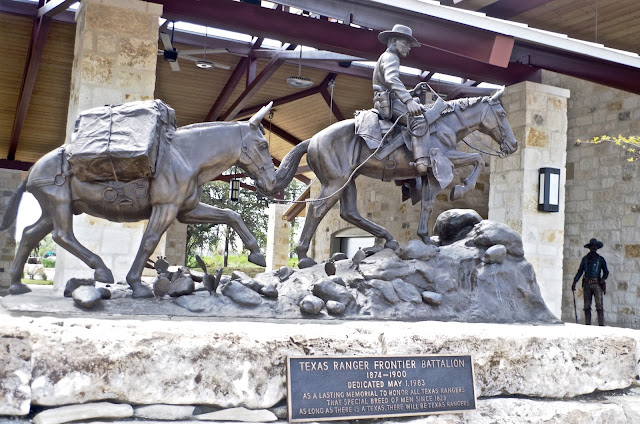 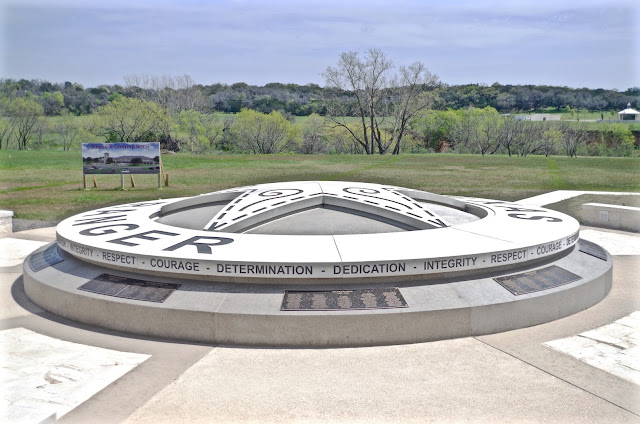 Next door is the restoration of Fort Martin Scott, so, of course, we had to make a quick stop to see it as well!  Ft Martin Scott was the first U.S. military post to be established on the western frontier of Texas.  It was part of a line of frontier forts established to protect travelers and settlers within Texas.  They were only there 5 years.  In 1870 the Braeutigam family of 11 moved into the abandoned fort and began operating a "biergarten".  In 1884 The Braeutigam's Biergarten was robbed and he was murdered.  The city of Fredericksburg bought the property from the family.  The guardhouse, made of cut limestone is the only surviving building from the original fort, having been restored to its original design in the early 1990s. It was the Braeutigam’s homestead. 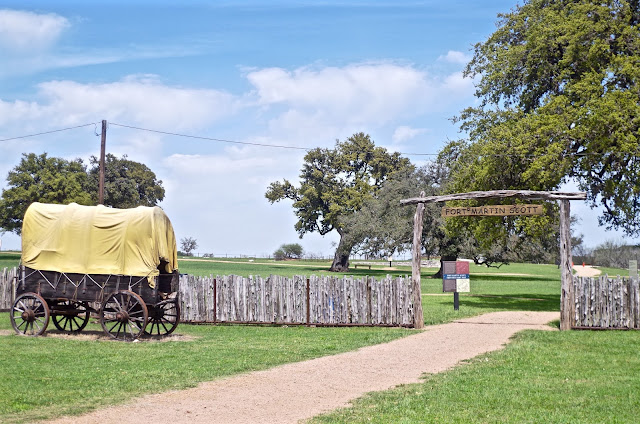 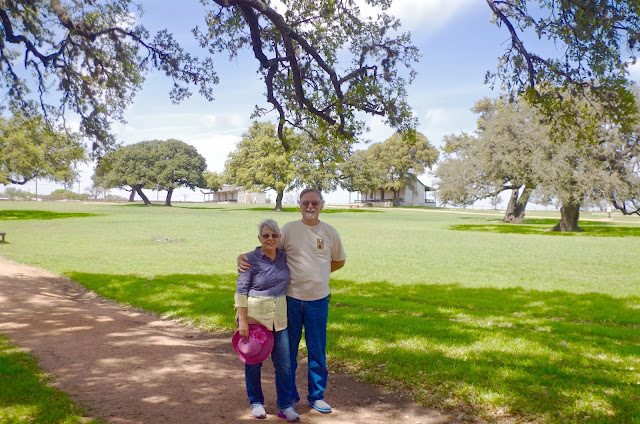 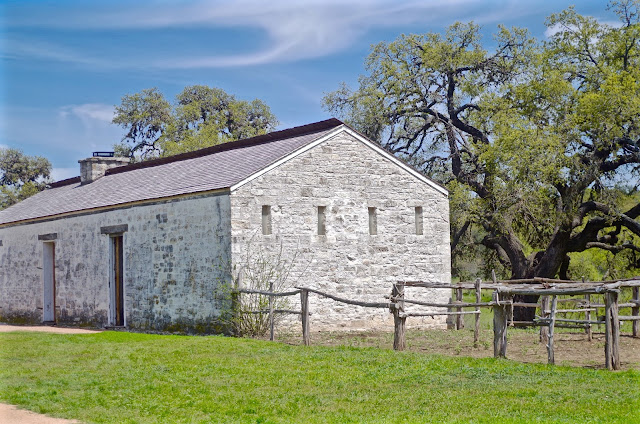 Finally...it was time for lunch!  Jack located a wonderful restaurant that was "off the Main Street" of downtown so that we could still find a parking spot (quite a feat on Easter weekend in this town!) and still be a nice place.  The Peach Tree Restaurant was wonderful!  Can you imagine a charming southern house, with all kinds of lovely choices for lunch?  They were nice enough to have a "sampler" sandwich plate for those of us "who couldn't quite choose"!  Yum!  And in true Southern style, 3 little sandwiches aren't enough, it came with a cup of soup (another choice, so I chose a cold avocado).

That night my body decided to revolt, and for the next three days I was sick to my stomach, keeping nothing inside for very long.  So, to say the very least, I didn't  go anywhere.  I did send Jack out one day, rather than have him sit here watching me suffer all day.  He loves anything having to do with WWII history, so I sent him to the National Museum of the Pacific War.  Admiral Nimitz and his family are from here and a great deal of the complex is dedicated to him.  Jack thought it would be small, and he would be back in a couple of hours.  Five plus hours later, he finally made it back!  "Wow!" he said, that was quite a place!  "And I didn't even see it all!"  It turned out to be deceiving from the front, the building going deeper and deeper into the back, then down the whole block.  There was even more you could go see further down the street.  He was quite impressed.  I'm glad he enjoyed himself.  I rested.

The last day of our stay, feeling better, but the weather cool and windy, we decided to see a bit of the town we never really got to see with all the crowds that first day (holiday being over, they were gone now).  I also wanted to see the two historical cemeteries that are at either end of the town.  Both date back to 1846, one is Catholic and the other is German. 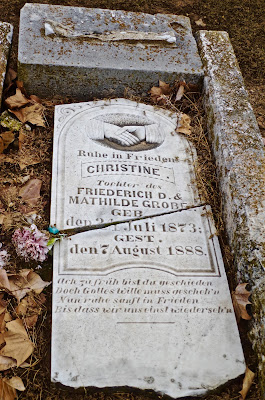 I wasn't disappointed.  Der Stadt Friedhof Cemetery really showed it's age, going back to the 1800's, with all the headstones written in German, something I hadn't seen before. 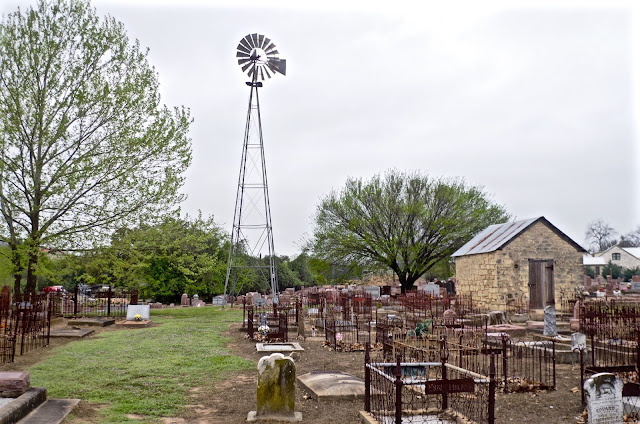 St Mary's Catholic Cemetery, in contrast, even though just as old, was filled with wildflowers!  Now that was different to see, and actually quite pretty! 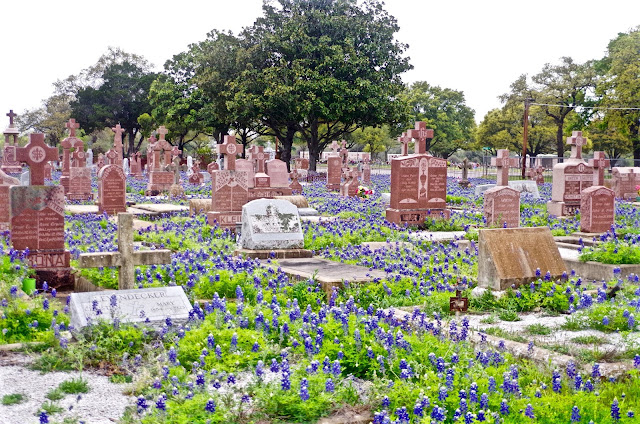 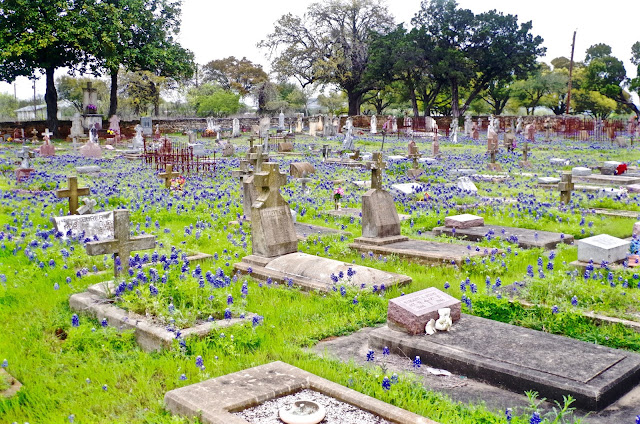 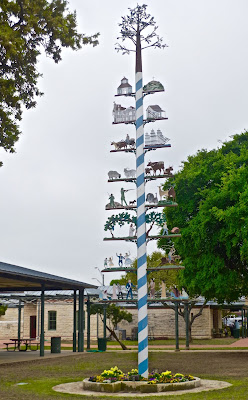 Needless to say, we didn't get to see all the things "on my list" that I had wanted (like the LBJ Ranch), so, I guess that just means we will have to come back again some day!

We've enjoyed our "Hill Country" visit, but it's time this gal got some sand between her toes, and the smell of salt air, so goodbye Fredericksburg, we are headed to the coast (of Texas, of course)!