Water.  That's what attracts people to Hot Springs.  Old documents show that American Indians knew about and bathed in the hot springs during the late 1700s and early 1800s.  Their ancestors may have also known about the hot springs.  People are still coming to the springs today...and so did we!  Some believe that the traces of minerals and an average temperature of 143 degrees give the waters whatever therapeutic properties they may have.  People also drink the waters from the cold springs, which have different chemical components and properties.

It's not everyday that you can visit "the smallest National Park" in the system!  It consists of the restored 23 room Fordyce Bathhouse in the middle of Bathhouse Row.  ;-)  You can tour the rooms furnished as they appeared during the heyday of the spa; tours are self-guided, but the signage is done well.  It was a great way to start our visit to the area and learn about the history.  The park maintains the cold springs fountains out front for the public to fill their own containers, and you see people coming to them all day long (us too)! 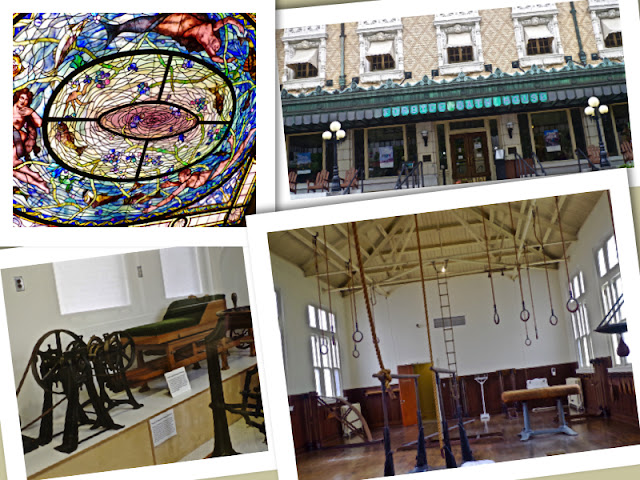 In the early 20th century eight European-style spas called Bathhouse Row home, with such grand amenities as stained glass windows and billiards rooms.  With magnificent magnolias lined up in front of the bathhouses and a sweeping, brick-lined Grand Promenade behind, the elegant spas evoke a leisurely time when people flocked here to take a 3-week 21-bath cure.  Now, there are only two open to the public, the rest are ether hotels, shops, museum (the Fordyce) or gone.  Also gone is the train that used to bring these folks here...to bad, what fun that would have been! 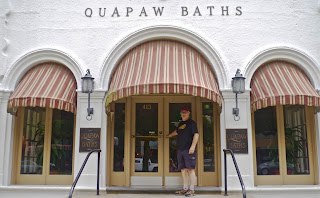 The two that are still operating are still very glamorous and though they no longer have the "billiards, beauty shops or gymnasiums" like they used to, I'll take the more modern style soaking and massage, thank you...and it was truly wonderful! 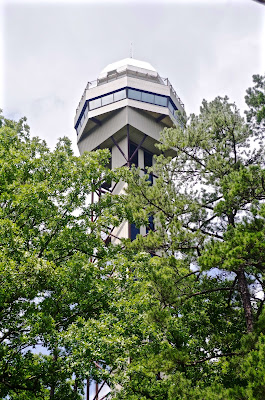 If you continue on past Bathhouse Row, and head out of the small town itself, you head up the Hot Springs Mountain.  It's not very far, and quite lovely.  They've built a 106' tower up there that you can take to the top, for a fee, that we opted not to do (I've seen the tops of trees & buildings before) and have a nice gift shop.  It was quite a nice drive. 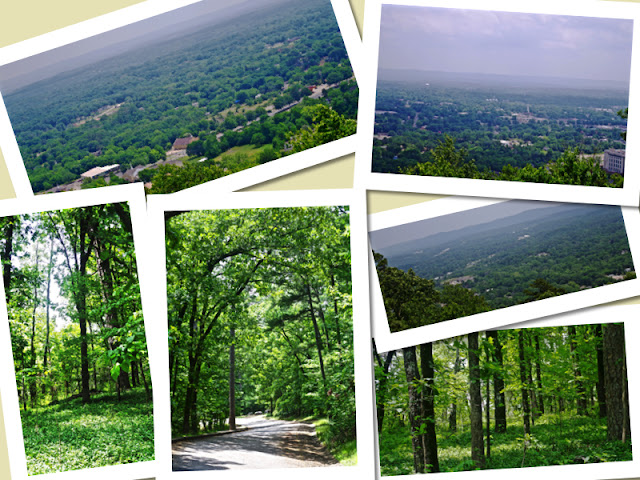 I had read about an unusual church that was in a large garden, Anthony Chapel, at Garvan Woodland Gardens.  I really wanted to go see it.  The weather had turned on us, with a lot of rain, so we only had a small window, not enough to truly enjoy the gardens, but enough to go see the chapel.  So, we took a chance...wow, was I glad we did!  What a place!  Made you want to stay...want to get married there (again)!  Sure wish we would have had the time and better weather to enjoy the gardens...something to come back for, that's for sure!  Beautiful... 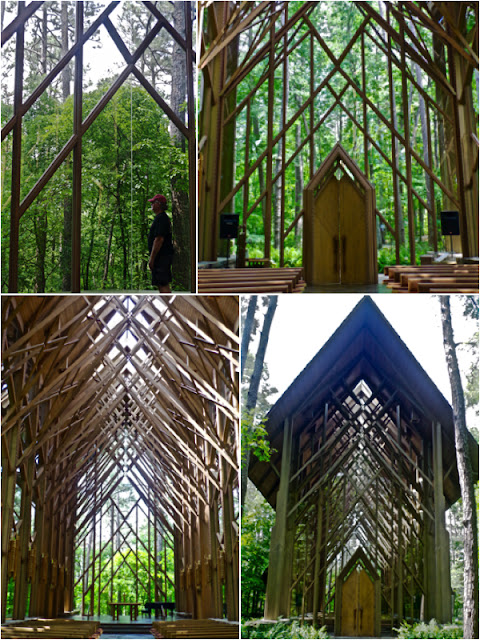 We also did something here we've never done before...we took a Duck Tour!  ;-)  We've said, more than once, that "someday, we'll do that"...well, the time was right, and the place was right...so, we hopped on!  The guide talked a bit fast, and garbled a bit here and there, but it was still fun...especially when we went into Lake Hamilton!  He pointed out a few "star's" homes and told some fun stories, which always adds to the tour...

We had planned on going to dig for diamonds the following day, as the Crater of Diamonds was only a little over an hour away, but the rain came...and we're wimps... The campground couldn't extend our stay, so off we went to Little Rock instead!

We ended up staying at a campground that's right downtown, on the river.  Not much to look at, but boy is it convenient!  It even has a pedestrian gate so that you can walk across the Arkansas River on the Clinton Presidential Park Bridge.  It puts you right next to his Library, the trolley, the River Walk, and lots of restaurants, and shops.  Pretty cool.  At night that bridge does a light show that's pretty too and we don't even have to go far to see it! 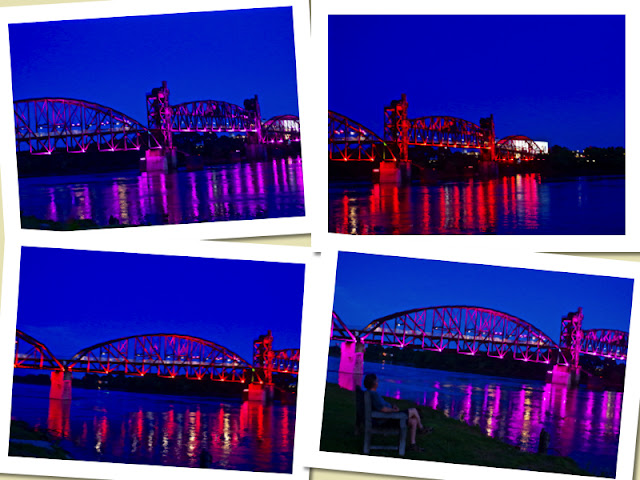 The first day we walked over the bridge, then took the trolley to tour around and see a little of the city.  They have over 100 art pieces spread throughout, it's really fun to see.  The drivers give a fun tour too.  On the way back we stopped at the Old State House, which was the 1st Capitol Building of Arkansas, from 1833-1911 when they started moving into the new Capitol Building even though it wasn't complete yet (& wouldn't be until 1915).

It had really fallen into disrepair until funds were raised to bring it back to it's glory and turn it into a museum.  It showcased it's history and also that of the Clinton's 92 Election Night which he held there.  They also had a couple of special exhibits, one of Governor's wives' dresses and another of bicycles through the years. 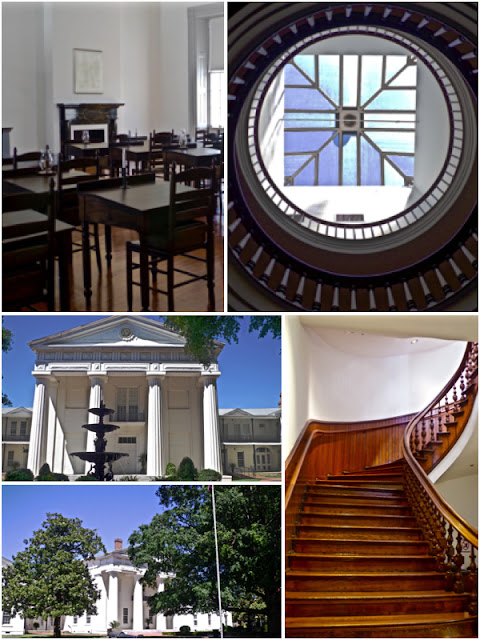 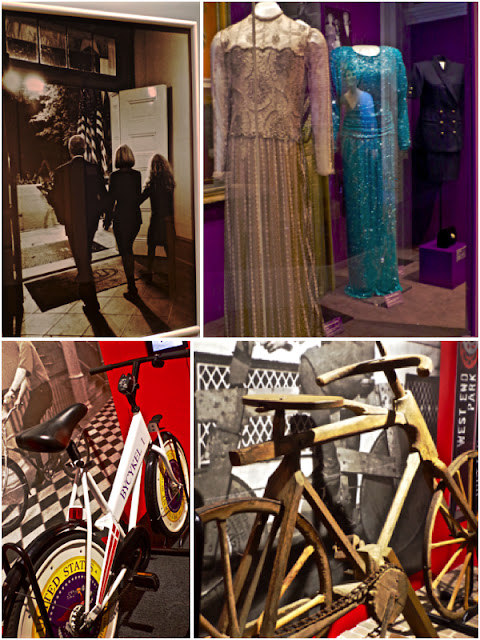 A surprising thing we found, when we visited the new Arkansas State Capitol, was that other than a bride-to-be being photographed, there was no one else in the building!  It was a Saturday afternoon...and we had the place to ourselves!  Sure made it nice, I must say! 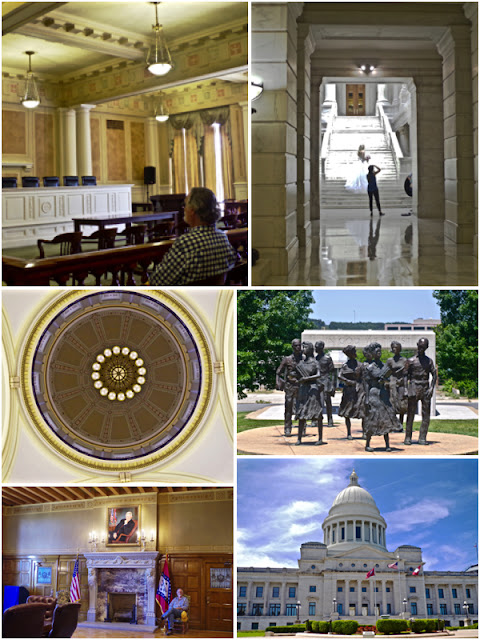 One of the things Little Rock is "known for" is their old cemeteries...after all, they have been here since before the Civil War.  Mount Holly is famous...so that's where I wanted to go  I love seeing all the old headstones, seeing history per Se.  Among their various Governors, Court Justices, Senators, Confederate Generals, etc, there were a couple of headstones I was actually interested in finding... David O Dodd (boy Martyr of the Confederacy, executed at age 17 as a spy), Elizabeth Ross Quatie (from the Trail of Tears), and Chester Cunningham (1st white child born in Little Rock).  Thank goodness they had a directory listing where people were!  The cemetery isn't large, but still...rows and rows of beautiful, old headstones, monuments and crypts. 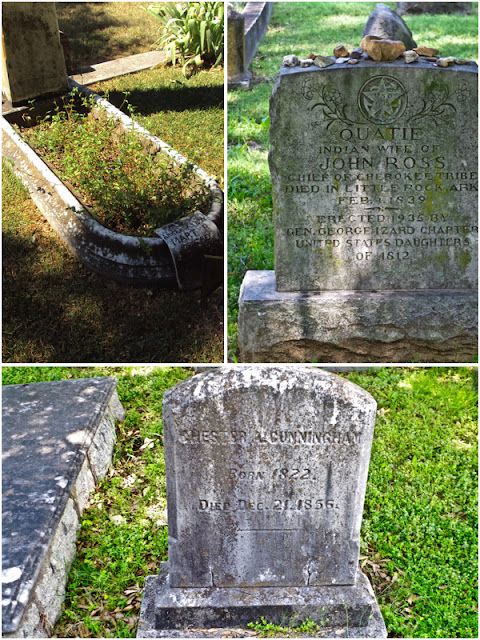 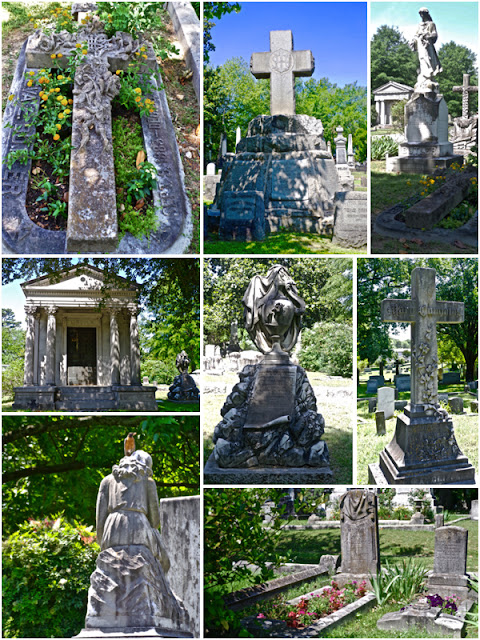 As I've shared before, Jack is a WW II history buff, so whenever we are near a museum that covers that era, he's there!  Well, General Douglas MacArthur was from Little Rock, so...they turned an old 1837 arsenal building into a museum to him!  MacArthur Museum of Arkansas Military History, did a nice job of covering the General's history as well as other of their favored sons. 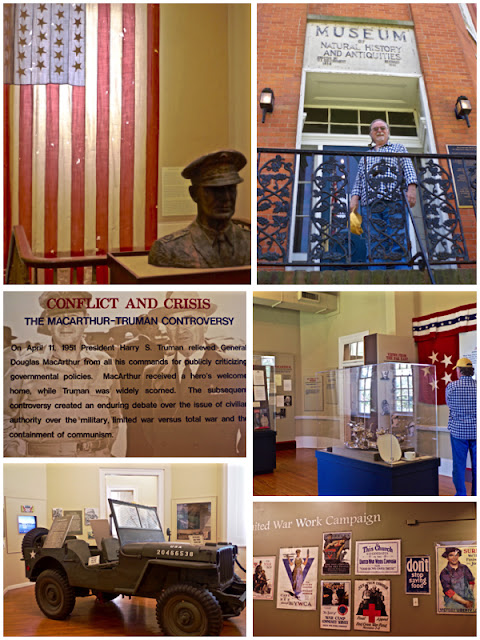 I'd read an article years ago about an "Old Mill" that was completely made out of concrete.  It had been constructed six years before the movie "Gone with the Wind" and used in their opening credits back in 1939.  I tore out the article and swore that if I ever made it to Little Rock, I had to go see this place!  ;-) 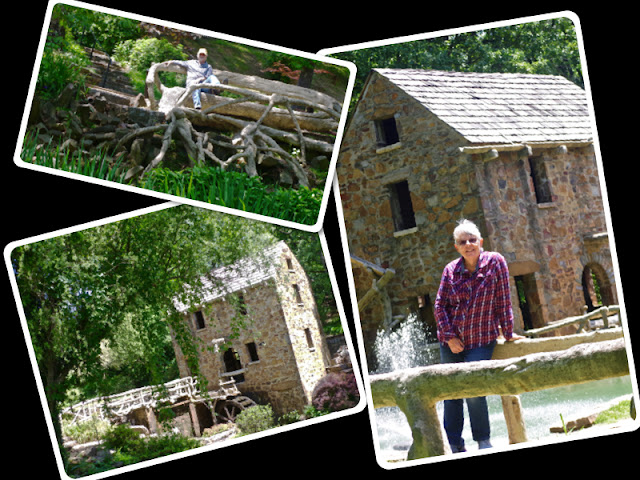 As we ended our stay in Little Rock, and in Arkansas in general, we drove the old neighborhoods and viewed the beautiful homes still in use.  Victorians, Queen Anne's, Neoclassical, Georgian Colonial, etc.  So nice to see so many being taken care of...some made into B & B's, some being used, like the Governor's Mansion, again, and others are still just private homes (nice to be rich!).


Arkansas was a surprise to me.  I'm not sure what I expected, but I know I liked it a lot more than I thought I would and that I would like to come back again and see more.  It has a lot more trees and a lot more lakes than I thought too.  We didn't get to the music in Mountain View and I'd like to do that...and those diamonds are still calling to me...

...Until then, we are on the road to Alabama, Marie