After weeks of almost non-stop sight-seeing, a week of just sitting back and relaxing, sure sounded good.  Jack has been wanting to see the Rock Island Arsenal for a couple of years, and this was the first time we've been close enough for him to get to it, so I booked us into the KOA for a week...a couple of days for him to enjoy himself at the Arsenal and a few days for me to just sit back and relax, read a book or two and do nothing....ahhh

That first night however, the town was celebrating the weekend with what they called their annual "Gumbo Ya Ya Festival" a Mardi Gras themed event.  They were having several bands playing Zydeco, Jazz, and Cajun along with the spiced food to go with it.  That's just my kind of fun!  So, off we went.  It wasn't to bad, I mean it was in Illinois after all!  There was one Cajun band that was quite good that had a washboard player who had brought his grandson with him that was quite the showman!  He was such a hoot!  Probably around 7 or 8 years old, but boy could he move!  The band, Creole Stomp, made me really miss New Orleans... 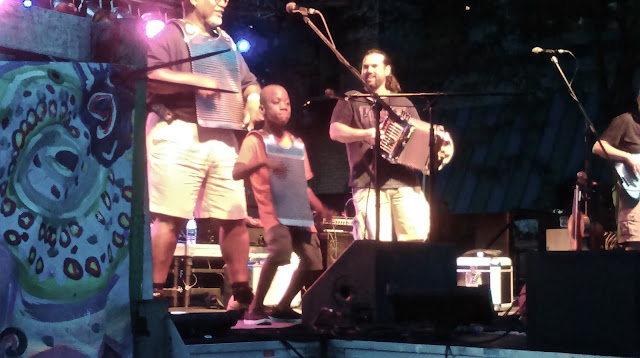 Jack was out the door first thing the next morning, ready for his day at the long anticipated Arsenal.  I had the day all to myself!  Phone calls to family...then the dreaded defrosting of the freezer before settling down to read.  "Chores before fun" I was always taught growing up, makes for guilt-free pleasures!  ;-) 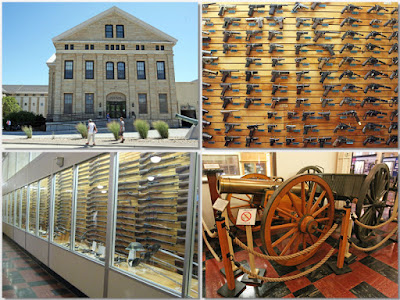 Jack came back that afternoon "happy as a clam", filled with pictures and stories to share.  He was able to see the whole museum all in one trip tho, so no return trip needed.  The rest of the week was 'wide open'.
We learned that John Deere Harvester Works gave tours of their plant near by (and we love plant tours!) we made a quick call to make a reservation.  What fun!  They take you in a John Deere-style tram with head phones to be able to hear the tour guide (a retired worker) for an hour and a half tour through their plant.  It was really complete, from nuts & bolts to seeing the painting to the completed harvester being driven out, and let me tell you those things are HUGE!! Wow!!  Afterward we went over to their Pavilion which is like a museum, showing the history of John Deere, including his original plow, his early tractors, on up to the current ones.  They let us climb aboard the new ones and there were even videos to "drive" them as if you were harvesting.  Really cool stuff in there! 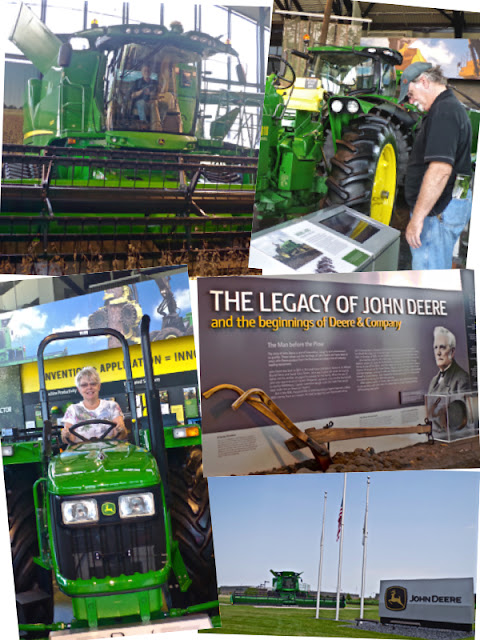 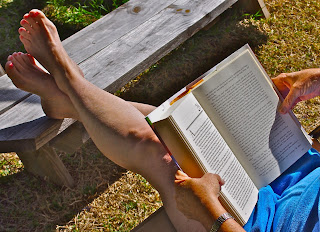 The days turned hot, hot, hot and the pool was full!  Kids and their parents were having a great time, filling the pool, the Jacuzzi, the fountain, the bounce, playing miniature golf...me, I just found some shade and settled in and read a great book!

A few days passed and someone said, "have you been over to LeClaire to see Antique Archaeology yet?"  "You mean the place the Picker's from the TV show?"  "Yes!"  Well, guess where we headed?  ;-)

We'd been to their other store in Nashville TN, but this is their "home store".   It's not that much bigger, actually, but still really cool.  Fun to see a lot of the stuff that they collect from their show, to see their van too.  I have to say, I kind of hoped to see Danielle at the store...but of course she wasn't there (maybe upstairs in the office?).  I did overhear one of the staff talk with a couple about restoring a picture that she had just talked to Mike on the phone about... kind of cool... It was just fun to be there.  Of course most of everything was out of our price range, and...we really don't have room for a giant old "Phillip Morris Boy" anyway... 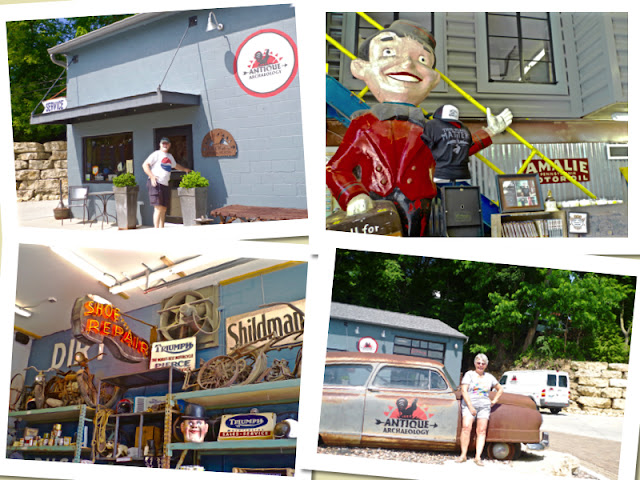 Afterward we wandered the town a bit and ended up at the Buffalo Bill Museum.  Seems he was born in LeClaire.   They had some interesting pieces from his past, along with a variety of other local collections to look at. 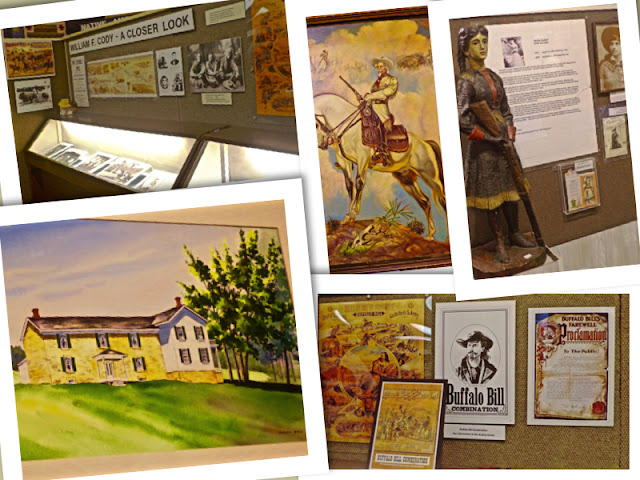 All in all a nice outing.  By the time we got back, the pool was empty...the sky was black and the rain drops were starting to come down hard.  It wasn't long before lightening and thunder soon followed.  Cleaned everything off nice and pretty, cooled the temperatures down a bit too and that was nice a change.

We'll be off in the morning.  Moving into Iowa, heading west for awhile...