Did you ever have one of those times when you just needed a break from "touring"?  Maybe I'm getting old, or maybe we've been doing this for so many years that seeing "one more museum" is just another museum...I don't know, but I do know that I just needed a few days of not really doing much of anything.  Raleigh gave me that.

Raleigh is the home of the Capitol of North Carolina, and we had picked this stop-over to come see it.  I booked us into a really nice campground for four days thinking that being in a bigger city, we would have a number of places to go see and do here.

The weather has been "iffy", with rain following us here and threatening to come at any time again.  With that, we decided to take the first day and go into the city and see the Capitol, then go to the nearby mall and do some much needed shopping.  We have a wedding reception to attend next month and I need a dress!

Turns out, the State Capitol is more of a "museum" now than an operating State House.  They moved the actual business operations across the street to a modern structure, rather than updating their Capitol Building.  Interesting...

We were the only two visitors while we were there.  They give you a brochure, and send you on your way.  It's a small building, easy to see.  The first Capitol, like so many during the early 1800s, burned down, then this one was built right in it's place beginning in 1831. They conducted business here until 1961, then moved across the street.

The one thing I found most interesting was that the building was heated by individual fireplaces.  The Senate and House of Representatives Chambers, both upstairs, had four fireplaces each that had to be fed with wood.  This wood was brought up the stairs by wheelbarrow, all day long.  There were no elevators in the 1800s.  Slaves did this.  Chips in the slate stairs still show the damages from the hundreds of trips up and down those stairs that they made with those wheelbarrows...

North Carolina has gone through some troubled times, as has the South in general.  Reading several of their storyboards about the Revolution, the Civil War, the slaves, including down the road a bit close to where we were staying how Smithfield was "KKK Country", not all that long ago.  It's a lot to take in for a gal who's pretty much lived her life "in the liberal West". 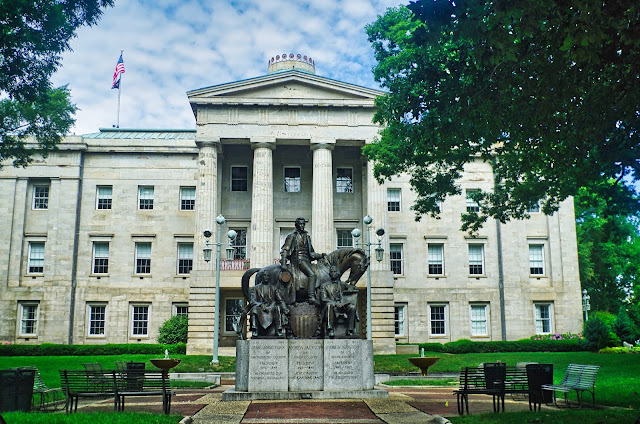 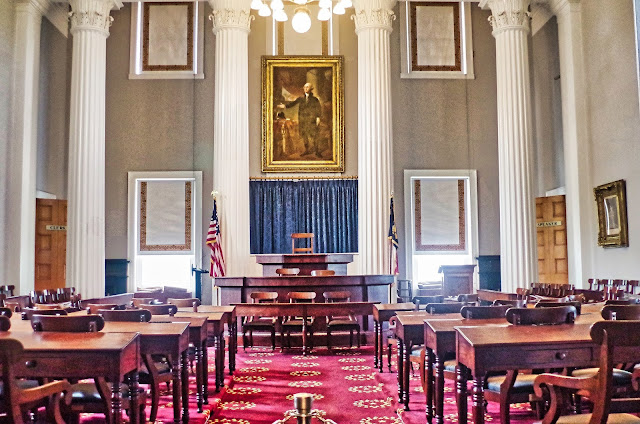 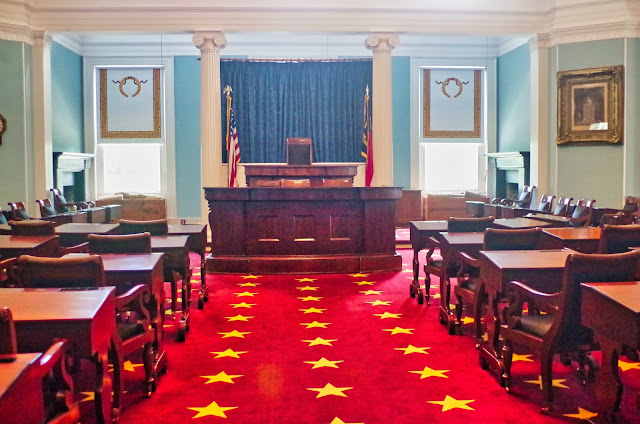 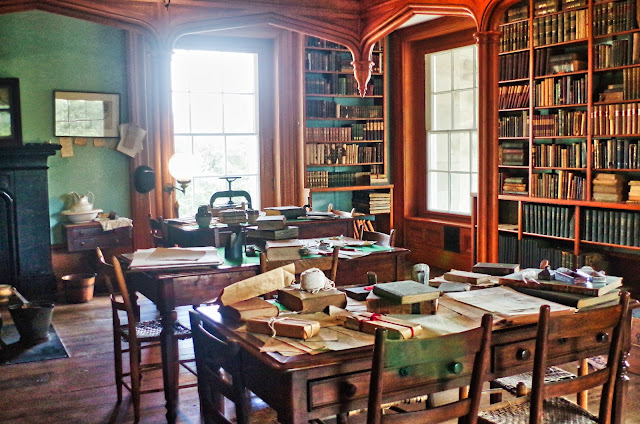 Well, we are back on the road again...still in North Carolina, Marie