A quick weekend stop in Mystic Connecticut lent itself to exploring "all things around water"!

Our first night there, we took a walk along the Mystic River, walking across the interesting Mystic River Bascule Bridge. We got to watch it's exposed cement counterweights lift the drawbridge sky-high while tall boats pass under. Quite a sight to behold, I must admit! A dinner "must" was to test out the pizza at the famous "Mystic Pizza" shop. Julia Robert's character wasn't wrong, it was some of the best pizza we've eaten! Nice to know that some legends are real. 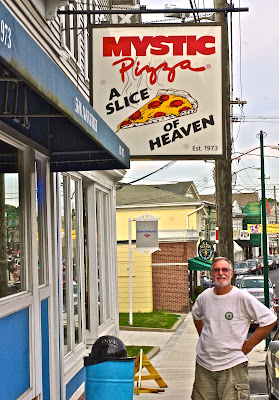 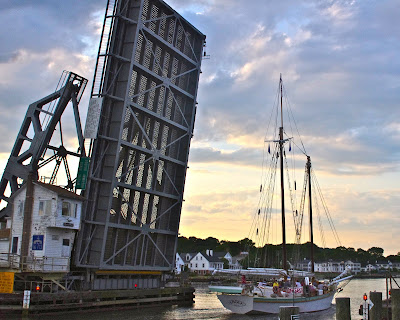 The next day was New London's Sailfest that included the "Tall Ships" sailing into port. So, we headed into that town to check it all out. Now, the ships were due into port at 11am. We got there at 10:45, found a great parking spot (lucky for us)and dashed onto one of the piers in fear that "we might be late". Food vendors were up and cooking away, merchandise vendors were ready, Coast Guard & local police all doing their jobs, everyone and everything was ready...and waiting. Wait, we all did, for hours! The temperature was in the 90's with as much humidity. People were holding sun umbrellas, fans, cold cloths, while volunteers past out water, anything to help with the heat. Finally, 2 hours late, we saw the first ship come around the bend. It was the Coast Guard "Eagle" leading, with the Navy following behind. No other ships were in view. It seems that each one was about a half hour behind the next. After a couple of pictures, we called it a day. To darned hot to stick around. I have to admit, having lived in San Diego where these types of events are put on frequently, spoiled us. San Diego's have hundreds of vendors (they only had a few dozen), and is so much more organized...we just kept telling ourselves that this is a small town and not to judge it harshly. We tried. 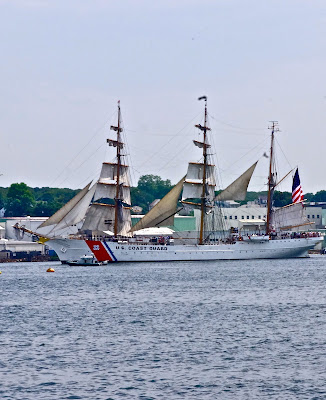 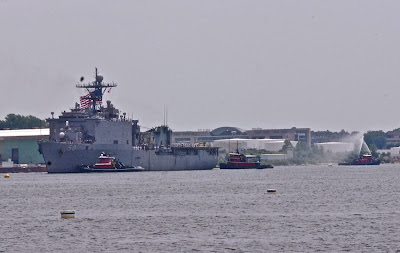 We decided to go and check out their lighthouses. There were two in New London. One is very small, perched out in the water, while the other is on "private property". Being a lighthouse, it's not hard to snap a picture without ever having to go into some one's property! Must be interesting to live in a house that has a lighthouse next to it! 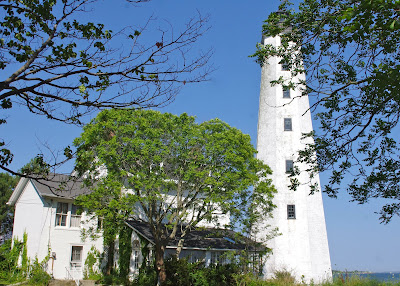 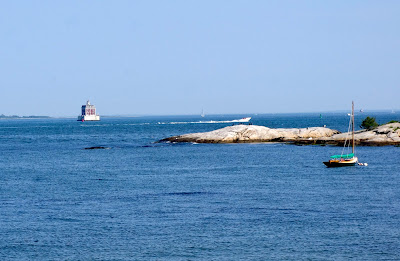 The last day we headed to Groton to see the USS Nautilus Submarine. This was on Jack's "must see" list, so he had really been looking forward to it for some time. This 1952 historic ship was the first nuclear powered submarine. It made the first crossing of the North Pole by ship in 1958. The museum had a number of exhibits, stories and a film about submarines as well as the opportunity to board the Nautilus and see for yourself what it was like aboard this small ship. 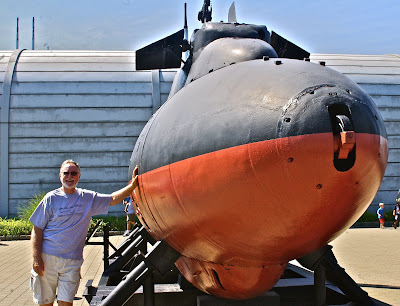 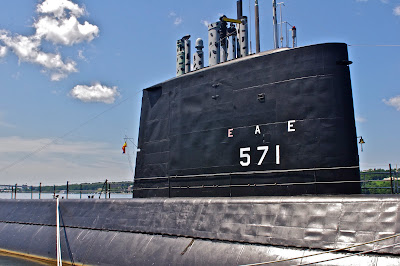 From there, it was onto Essex for a Steam Train & Riverboat Tour! We arrived just in the nick of time to board the train before she headed into the Connecticut River Valley for her 12 mile long ride. It is always so much fun to sit in one of these historic old trains, listening to the click-clack along the rails, the squeaks & groans and the wonderful sound of the horn blast letting folks know "we're a 'commin!" The train arrives at the Deep River Landing where we all boarded the Becky Thatcher Riverboat for an 1 1/2 hour cruise down the Connecticut River. We slowly glided by big beautiful homes (mansions, really), yachts, kayakers, an Opera House, a school for wayward boys, and a castle. Boat cruise done and we headed back to the train station once again. A truly lovely way to spend an afternoon. 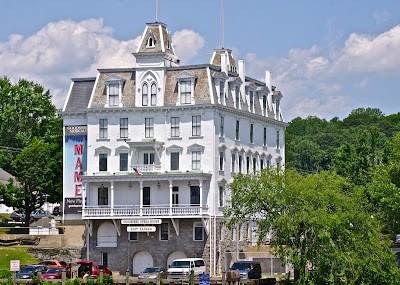 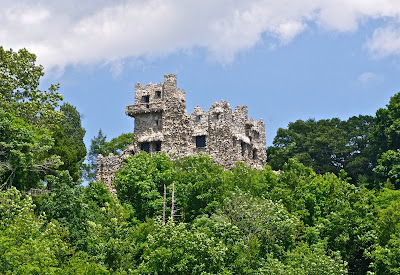 But that wasn't all. We had worked up an appetite, since the last thing we had eaten was a bowl of cereal that morning. This called for an early dinner, and our first opportunity to have a real "lobster dinner"! Delicious to the last bite! 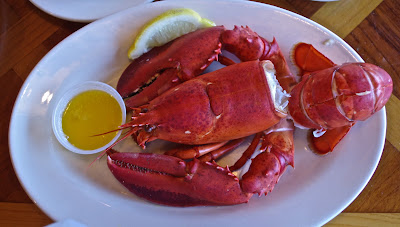 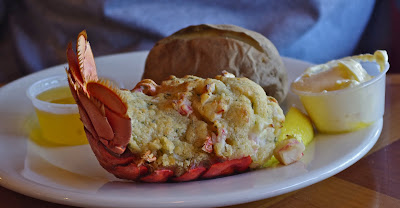 Tummies full, and still daylight, we struck out to see another lighthouse, this one in Stonington. It is a really unusual one, quaint & built out of stones! Built in 1840 using stones from an earlier lighthouse that had been threatened by erosion from the sea. Afterward, we came across the Stonington Cemetery (c1849). What caught my eye was this very large Gothic style Mausoleum. Wow. It turned out to be for the Billings' family (whoever they were). There was an additional Gothic style building, smaller, that we later found out was the original "Receiving Tomb" for funeral ceremonies. It seems that in the early 1800s, people treated cemeteries as "rural gardens" to visit and socialize in. Hm mm, things have changed a bit since then... Afterward, we turned another corner and came across an adorable fire boat up on stanchions. It looks a lot like a tug boat, which is my most favorite kind of boat ever! 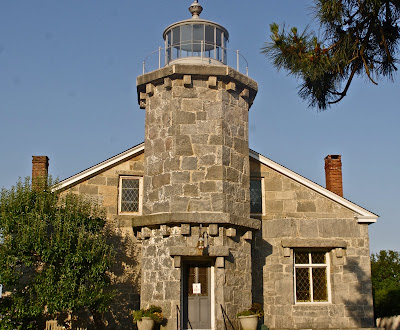 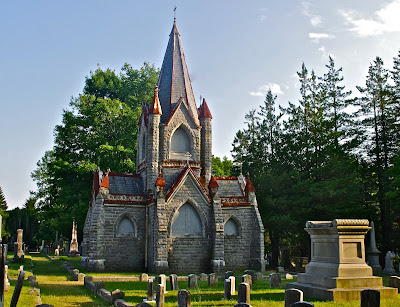 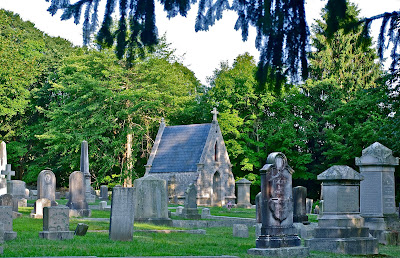 We jammed in a lot those two & half days, making for a very fun stop. We might not have spent much time in Connecticut, but we saw a lot!