As with most folks, I believe, when I think of Boston, I can't help but think of all the incredible history that lies at it's shore. Jack nor I had ever visited Boston, so this was going to be an exciting day. We were all prepared to "walk the red line"(Freedom Trail) and see, hear and touch history!

The day started out a bit overcast, which we thought would be a good sign that it wasn't going to be "to hot". Deciding which day to do the visit, we opted for Saturday over Friday, hoping that would mean less traffic. No such luck. A planned 30 min. trip took twice that long, most of it at 5 mph. First stop (only fitting), was the USS Constitution! Now, those of you that know me well, know that I don't like to carry a purse, and whenever possible, I strike out with only money & keys in my pockets and my camera around my neck. True to form, this is what I did on this day...only to be asked at the ship's boarding area, to produce my "ID Card" for entry. Oops, none on me. I sent Jack ahead and I took a few pictures from the dock and headed into the gift store (of course)! I wasn't there long before Jack found me, and explained that the wait for the tour was more than an hour, so "forget it!". Okay then. So after my purchase, we headed to their museum. THAT was great! Lots of displays and hands on activities.

As we left the museum, we quickly realized that the cloud cover had burned off, and the temperature was now in the mid 90's with as much humidity! Ugh, this Californian still hasn't gotten used to that, so we opted to do a "hop-on-hop-off tour instead of the "walking" one we had planned! With open-air windows and even a harbor cruise included, that sounded like the way to "see it all" a bit more coolly. Bought our tickets and headed for lunch on the waterfront! Lunch was okay, but I was anxious to "start my history tour!"

As we toured the city, stopping to see the requisite sites of the Old North Church, Boston Common, King's Chapel & Bury Ground, Old State House and visiting the graves of John Hancock, Paul Revere, Samuel Adams, etc; I couldn't help but notice all the gorgeous architecture throughout the city. Blending the old with the new on every block. I found myself looking up more than looking down, in awe of all the "black lace" (ironwork), English architecture, tall steeples & golden domes, bowed fronts, windows framed by blind arches, balustrade roof lines with cupolas, Frederick style with Victorian and then the additions of the new contemporary buildings like the glass-sided John Hancock Tower and the breathtaking Zakim/Bunker Hill Bridge. All so beautiful, I found myself taking more pictures of that, than I did of "history"!

Either way, I learned a lot and both Jack and I enjoyed ourselves as we got to see, hear and touch history! 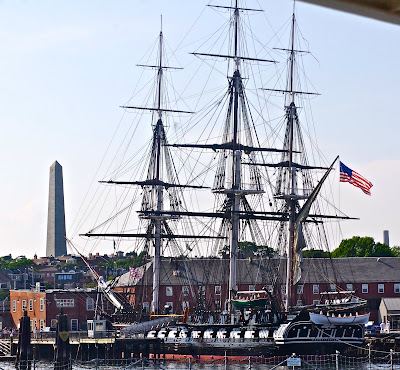 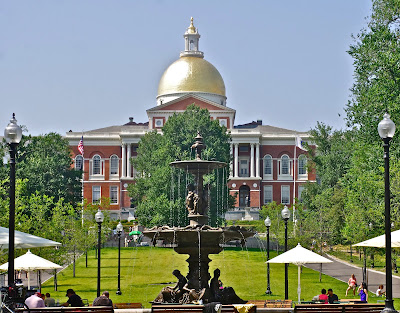 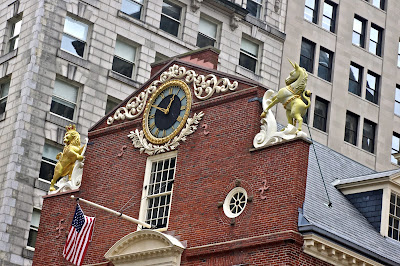 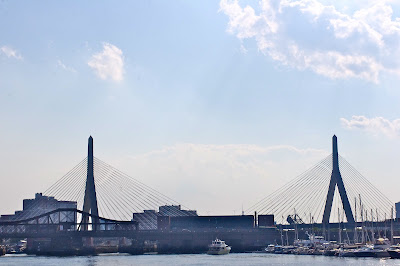 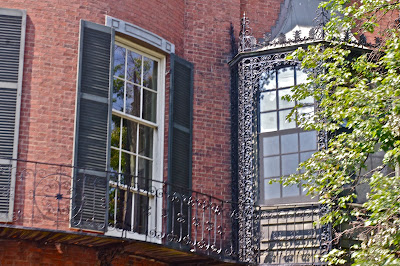 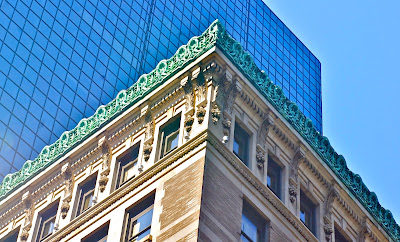 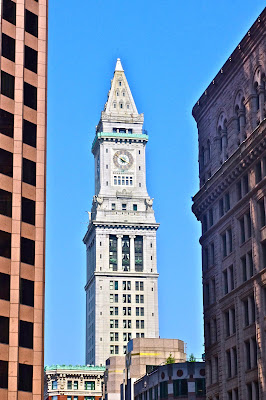 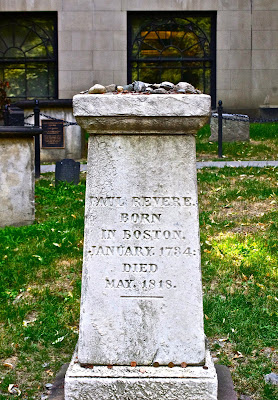 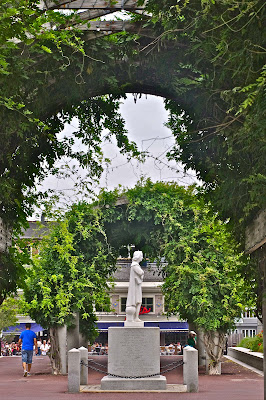 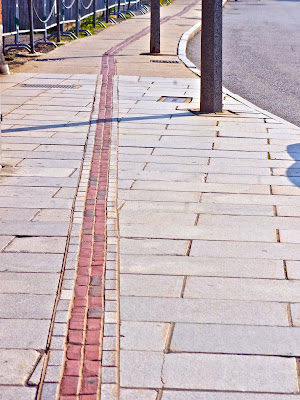