From Massachusetts we traveled to Maine, staying at various towns throughout the state - even leaving it to go to Canada, then return to Maine for more town visits. One of the delightful towns we stayed in, wasn't one on the "must see" list, but one that happened to be at the right place in our route to "stop for the day". Belfast turned out to be a nice surprise. It's small town had big charm, fun bookstores (we always check those out in what ever town we happen to spend time in), very fun art, great old buildings and a pretty harbor.

Belfast had other artists as well, a few photographers that each had their own style and subject matter to offer, another was a gentleman who carved people's faces out of logs. I was told that he has a new selection about every two months. The locals like to guess "who" they are and if he has selected one of them as his "model"!

Penobscot Bay, was also a beautiful spot with it's pleasure boats all tethered out in the bay. Their harbor was colorful and reminiscent of a time when it had been more commercial.

And what would Maine be without all it's various lighthouses! There were far more that we could take the time to see, but we did manage to track down a few, like the Pleasant Point Lighthouse, in Cobscook Bay, and the beautiful red & white striped one of West Quoddy Head Light, in Lubec. I even climbed along a side of the hill to get a shot of the Whitlock Mill Lighthouse, in Calais.

We spent one afternoon learning about the local Passamaquoddy Indians in the Acadia area and St Croix Island where the French tried to settle it in 1604. They weren't prepared for the severity of the North American winter. The river froze and the settlers were trapped, cut off from the mainland and fresh water, game and the wood needed to fuel their fires. It wasn't long before many died, leaving the captain eager to "return to Port Royal"! One of the Park's guides is Passamaquoddy herself, so it was very interesting when she shared various things about her tribe and the beautiful baskets they made.

A lot to see and learn about this beautiful state... 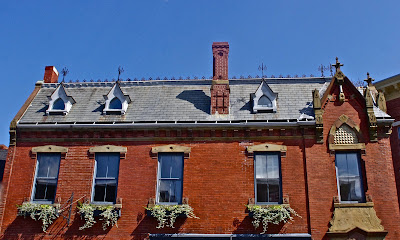 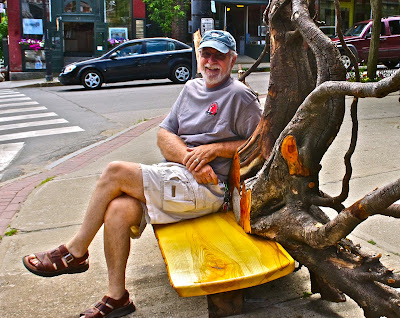 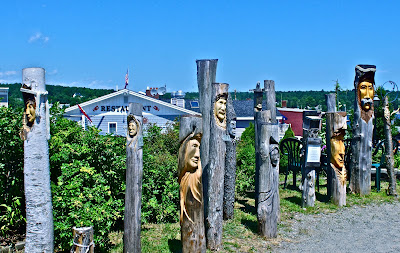 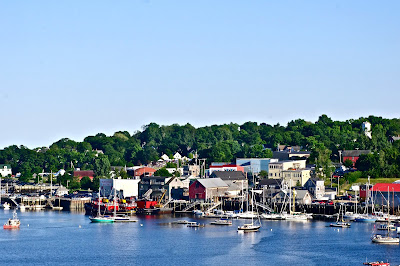 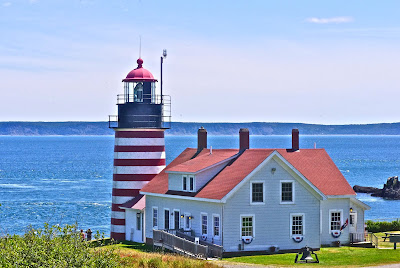 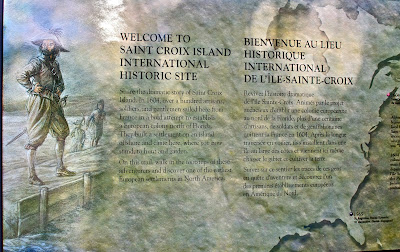 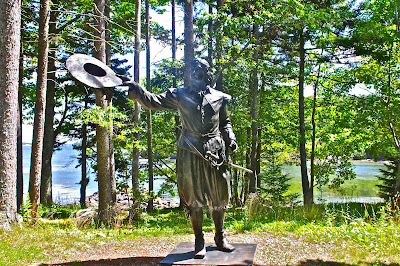 
...on the road in New England and Canada, Marie