A quick stop in Cody

Cody Wyoming, the home of "Buffalo Bill Cody" and his Wild West Show!  Couldn't miss an opportunity to check that out!  A whole town devoted to one man, and after spending a day in the Buffalo Bill Center of the West, I can see why.

For a man who lived 71 years, he sure accomplished an awful lot...but he started at it at a young age.  Young Bill worked for a freight company as a messenger and wrangler before trying his luck as a prospector in the Pikes Peak gold rush in 1859 (age 13). The next year, at age 14, Cody joined the Pony Express, fitting the bill for the advertised position: "skinny, expert riders willing to risk death daily."  Sounds like a great job opportunity, don't you think? hm mm

It was his service in the American Civil War in 1867 that earned him his nickname.  He began buffalo hunting (to feed constructions crews building railroads).  His own assessment puts the number of buffalo he killed at 4,280, in just over a year and a half (he apparently was quite good at it).  He became a national folk hero thanks to the dime-novel exploits of his alter ego, "Buffalo Bill.” In late 1872, Cody went to Chicago to make his stage debut in The Scouts of the Prairie, one of Ned Buntline’s original Wild West Shows (Buntline was the author of the Buffalo Bill novels).
In 1883, Cody founded his own show, "Buffalo Bill's Wild West," a circus-like extravaganza that toured widely for three decades, and the rest, as they say, is history...

What I also learned, was that he married and had 5 children, 4 of which died at pretty young ages.  Irma, the youngest, survived and even joined the show for awhile.  He named a hotel (turned restaurant) for her in Cody.  His wife didn't travel with him and stayed married to him all through those tough years (out lived him).  He was a very active man, involved in everything from women's & Indian rights, to water and land management in Wyoming.  His foresight helped build a much needed dam just west of Cody and he was recognized by both politicians and royalty.  He was quite a man.   We had no problem spending a full day in the Buffalo Bill Center of the West.  It actually is 8 museums in one.  Jack spent most of his time in the Cody Firearms area that had a special show from the Smithsonian and I went over to the Whitney Western Art Museum & Photography Gallery.  I was in awe of some of the incredible art they had.  Jack said he saw firearms and "artwork" (on them) like he has never seen before.  I was allowed to take photos in my area (so I did, of course), but he was not.  Afterward, we made our way to the historical part of downtown to check out "The Irma" and have a drink at the bar that cost $100,000. back in the turn of the century.  They have a gunfight melodrama every evening (except Sunday) in the street out front, just to add some fun (and bring in the customers!).  The bar is now part of the restaurant, so you can't sit at it, so I just had to take a picture, but it was all fun.

The next day Cody was hosting the Plains Indian Museum Powwow, so of course, we went to check it out.  What a beautiful sight!  Hundreds of men, women and children all dressed in traditional regalia from head to toe.  We got there a little late and it was pretty crowed, so I didn't have the best spot for taking pictures, but that didn't stop me from trying.  I had promised my daughter and grandson that I would do my best to take some good shots of the various regalia so that they could see the special colors, beading and designs.  There were so many beautiful ones to look at, each different, I just kept snapping pictures.  They had each tribe parade around the area as they announced their region, then they would have different groups, like the Tiny Tots.  These were adorable little ones under 7 years.  A couple were barely walking!  Their whole family would walk with them, supporting them in keeping this tradition alive.  It was so great to see the love and happiness they all shared.  They also had the 7-12 age group.  Shy and proud at the same time.  Sweet.  Then the competition dancing began.  The drummers chanting and drumming while the dancers competing in the hot sun.  They were competing not only for the money, but for the honor as well.  You could tell that these people really had their heart in what they do.  It was very special to see.  I'm glad we were there to be a part of it, if only on the sidelines.

Cody was just a quick stop for us, as we are on our way to Gillette WY for our very first, very large, RV Rally!  Four days of seminars, entertainment and shopping! Yippee! 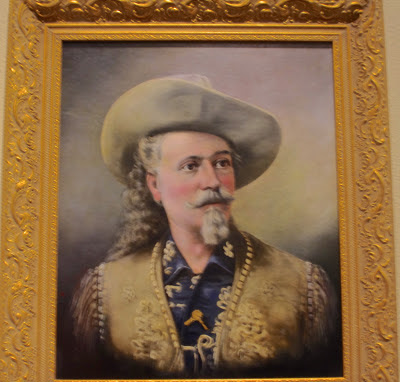 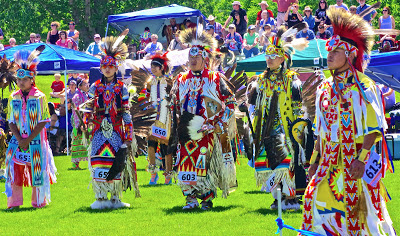 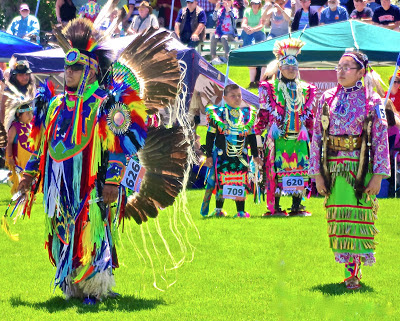 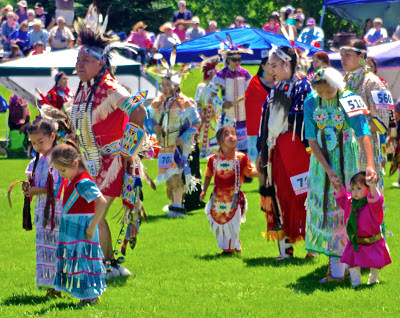