A few days in the Sierra Mountains...

Growing up in California, camping in Sierra Mountains was a natural thing to do.  My earliest memories was going to Sequoia & Kings Canyon with my Dad and brother, being amazed by those big beautiful trees.  That park was my first true love, and I've never forgotten it.  I think I've compared every park to it, ever since, just like one does of their first "human love".  My Dad was born in Inyo County at the foot of Mt. Whitney in the small town of Independence, so we visited that area, via Hwy 395 a number of times over the years, but never going any further than Bishop...so, never making it up to Mammoth Lakes.  Something I've always wanted to do!

We "almost" made it this trip...thinking we were going to traverse the Tioga Pass entrance into Yosemite...but, asking a number of folks if they "had done it" in a Class A, 35' with a toad?  We got a whole lot of "advise" not to!  So...we didn't.  We took the safe route and came into Oakhurst via Hwy 41, settled into a campground and ventured into the park that way.  We talked with a fellow at the Visitor Center about the Tioga Pass, maybe doing a day trip, just to see it...he said a lot of tour buses use it, so we probably could have done it, but as far as "scenic", there wasn't much to see...pretty dry and baron now.  We decided to skip it  ;-(

Oakhurst is only about 15 minutes from the entrance to Yosemite, but after you enter, you still have another hour of driving just to get "somewhere"!  I hadn't remembered that... It's been about 15 years since I had been to this park and Jack's never been.  The last time I was here, I had come with my girlfriends to do some whitewater rafting in early July.  The water levels were high and things were still green.  All the waterfalls were really flowing and the valleys were filled with flowers.  The California drought hadn't taken hold yet.  Today...things are very different.  The drought has been in affect for over 5 years and the Bark Beetles have decimated the forests.  Along with that, it's the middle of September and what little snow they had has long since melted, so the waterfalls were all but done.  The only water flowing was the Nevada falls, way in the distance.  The famous Bridalveil Fall wasn't even wet.  Sad.  Everywhere you looked you saw signs of how dry and damaged it all was.  The Village Road was all torn up with construction (a 2 year project) along with the Mariposa Grove where the Gian Sequoias are (closed).  The one plus was that unlike the middle of the summer, the crowds were not to bad, so we could get around and find parking at all the turn-outs without to much effort.  With the temperatures turning into the 90's, and us not robust hikers anyway, there really wasn't much else for us to see after a full day of driving the loop through the park and all it various stops. 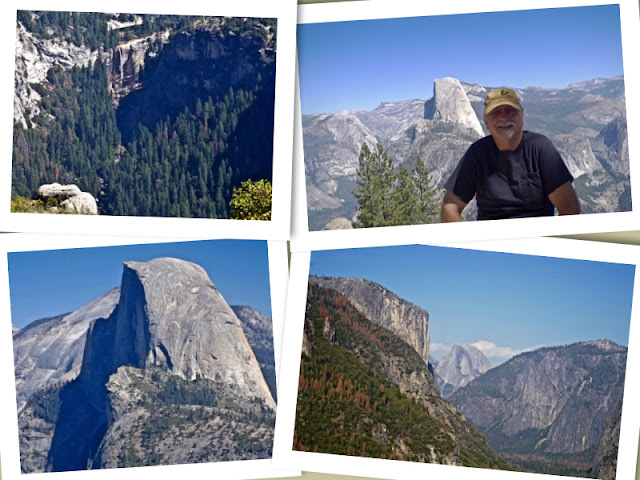 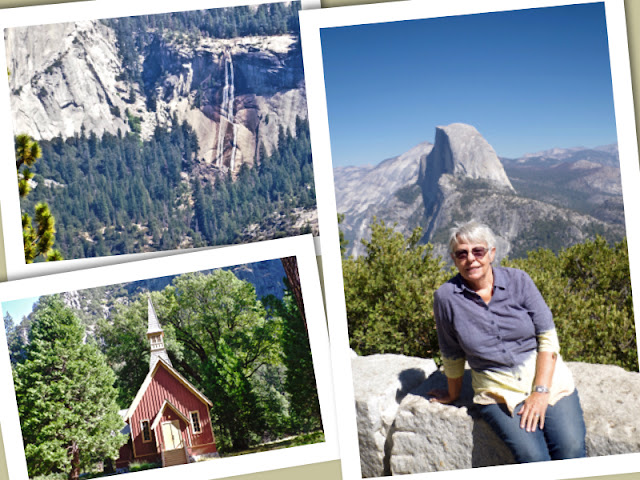 Bass Lake is another pretty spot here in the valley.  We took a nice drive all around it, peeking at all the homes along the water's edge (wow, some of them are really squeezed in close to each other...better like your neighbors!).  All kinds of fun boats, jets skis and rubber rafts to pull behind.  Didn't see that many out on the lake...a few, but it was the middle of the week, so that probably accounts for a lot of it.  We stopped at the marina and watched some families go out and a few kayakers ready their boats.  Lovely day...made me a little envious, wishing I had a boat too.  ;-) 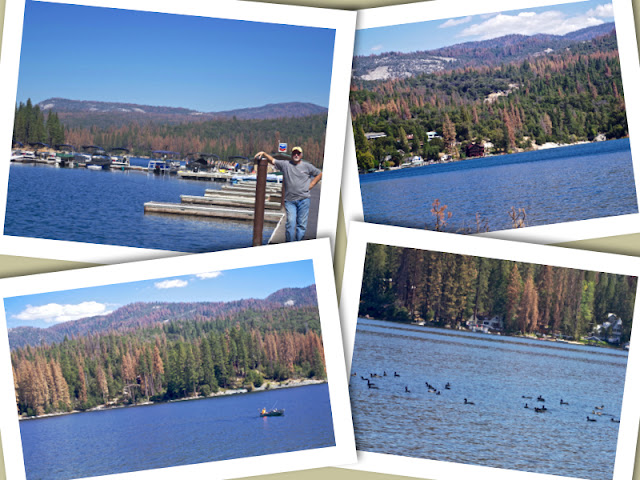 Another day we took the Sierra Vista Scenic Byway through Coarsegold, North Fork (where the exact center of California is) and up along a ridge looking down on Redinger Lake.  It was a pretty drive.  Not to much beetle damage there, because it was mostly Blue Oak trees and Manzanita. 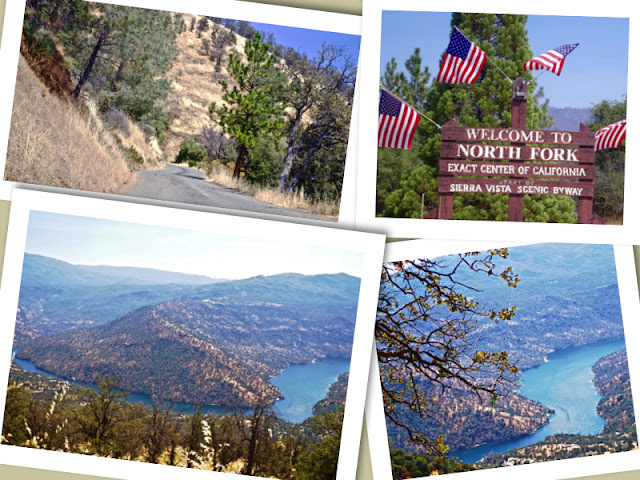 We leave here tomorrow and head to Sequoia for a few days where I'm looking forward to introducing Jack to "my first love"...hope he likes them...;-)   Mammoth Lakes are still on my bucket list...

...kicking back in California,  Marie