It had been over 25 years since I’d stepped foot in these magnificent woods…would it be the same?  My thoughts and memories tumbled onto each other as we drove closer and closer to my most favorite National Parks, the great Sequoia and Kings Canyon in northern California.  I first started coming here as a young kid, somewhere around 7 or so, with my Dad and brother, tent camping.  I immediately feel in love with it…those big, beautiful trees and lush meadows!  It was the one place I knew I had to take my kids when I had the chance!  My boys were just a little older (10 or so) when we went camping there the last time.  They fell in love with it just like I did.

25 years, and a very long drought can make a big difference, I was afraid of what I would find.  Would it be different?  Dry?  Brown?  Full of dead trees?  Over-crowed & therefore trampled and “ruined”?  Now that I was older and have seen almost all of the other National Parks, would this one still seem so special?  I was having doubts…

We settled into our campground, and the temperature was already into the mid 90’s and predicted that the week was going to stay that way, phew!  The campground was “basic”, but had a surprise of a private little beach with a wonderful pond formed by the North Fork River passing through it!  Beautiful, clear, cool water that was great for swimming or wading (which is just what I did) and sitting and relaxing listening to the birds and the water just gentling running over the rocks.  Soon nice… Maybe tomorrow’s visit to the Sequoias will be another wonderful surprise. 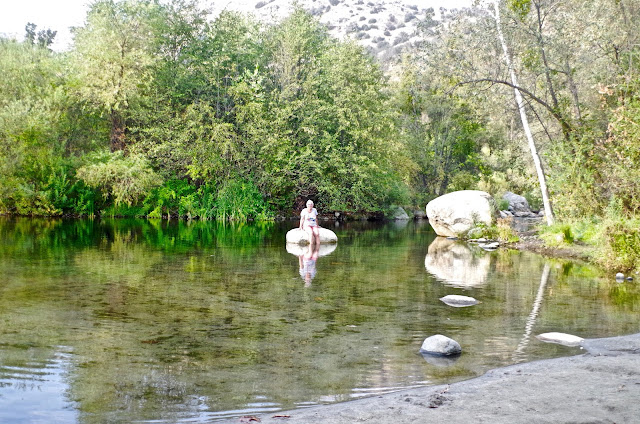 We got up bright and early and started out.  Traffic was not to bad, only about a dozen cars ahead of us at the gate, that soon disappeared as we began the intense switchbacks.  (gosh, I remember taking those in my little motorhome 25 years ago and thought my front was going to kiss my behind!)  Our first stop was at the “Welcome” sign where we met some folks willing to take our picture (a rarity, we’ve found…and a good sign of the day!).  Then came the “Tunnel Rock”…more friendly people…boy, this was going to be a good day! 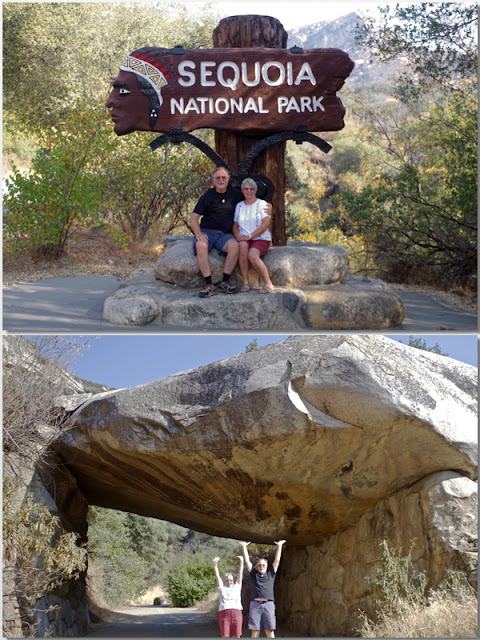 Finally, we entered the “land of the big trees”…and my heart soared.  Everything was still just as I remembered it…still so beautiful, so majestic.  God I love those trees.  I had to get out and hug one (as much as one can, considering your arms only go a tiny bit around!).  Even Jack wanted to hug one.  They just bring that out in you.  ;-)  As big as they are, there is just something so gentle about them.  I know that sounds kind of crazy, but there really is no other word for it, it’s just something you feel when your around them.  Maybe it’s because they don’t have dark, heavy bark like a lot of trees?  Maybe it’s because they seem more “fat”?  Maybe it’s knowing their age (many over 1000 years)?  Who knows…but I saw people of all ages and all ethnic backgrounds in awe of these trees…talking softer, hugging them, touching them, looking at them in reverence.  I also noticed that people here seemed more joyful and nicer than I found when we were in  Yosemite, coincidence?  Maybe… 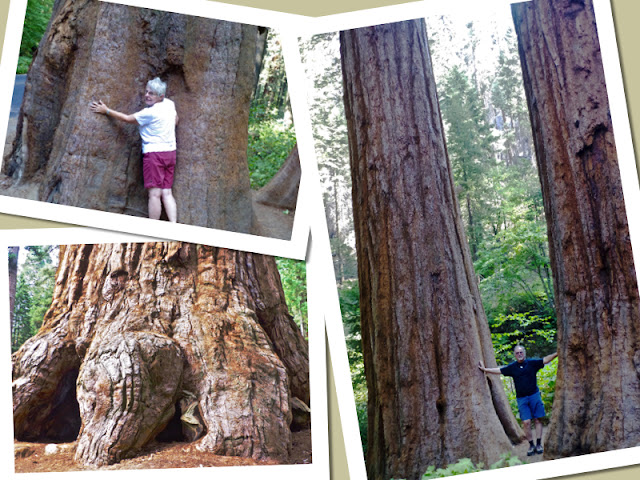 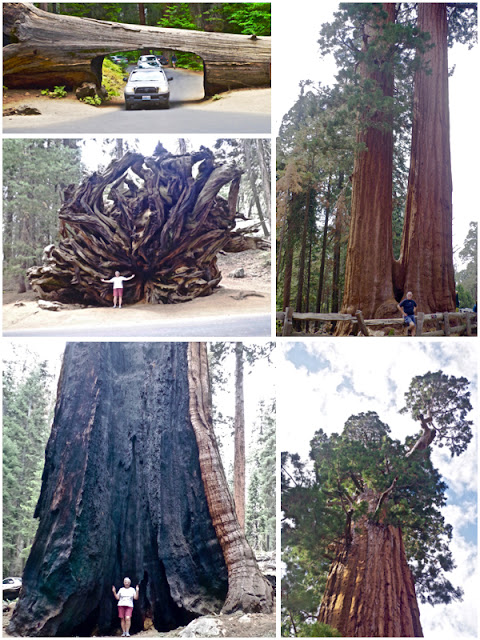 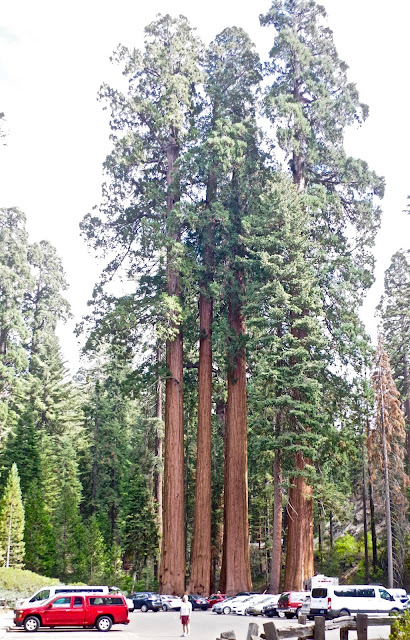 Our “day-trip” through the Parks took us over 8 wonderful hours… We loved every minute of it.  The temperature was a good 20 degrees cooler at the higher elevation (highest 8000’) and even cooler in the shade.  It would have been great to actually camp inside the Park (although they predicted the temperature to drop to 48 degrees the next day…brr), but no such luck without reservations made well in advance.


…On the road in California,  Marie