In order for us to get to the coast to see the Redwoods…we decided to make a quick stop in Sacramento to pay a visit to California’s State Capitol.  For all the years we lived here, we never visited this particular capitol!  Since we’ve been trying to see each state’s, I thought it was “about time” we added California’s to the list, so we booked ourselves into a campground for the weekend.

As luck would have it, they were celebrating the last weekend of their “Farm-to-Fork” activities with a street fair with lots of food vendors, music, cooking demonstrations, samples, etc., so guess where we headed first thing Saturday morning?  By 11am it was at least 95 degrees, but that didn’t slow anyone down!  They handed out great shopping bags that quickly got filled up with tons of recipe booklets on how to cook everything from beef to rice.  They gave out samples from endive to jerky.  They had at least 3 stages set up for cooking demos going on all day long as well.  People were having a ball.  Two hours of the heat and the crowds and we were through…besides that, my bag was full!  ;-) 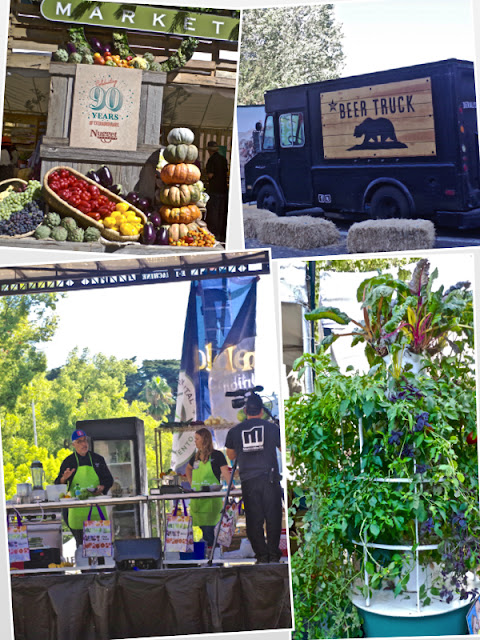 We headed for Old Sacramento, as all that was in front of the Capitol building, so we decided to save viewing it until tomorrow.  With the majority of the crowds downtown, it was a wee bit less busy here (still just as hot tho).  The buildings and the wooden sidewalks may be “olden” but the T shirts, gadgets and souvenirs are sure the same ole “stuff” (ugh).  There must have been a “candy” store every 4th building (how much sweets can people want?).  We enjoyed the 1853 Huntington & Hopkins Hardware though, that was interesting, and had a good burger at the saloon in town. 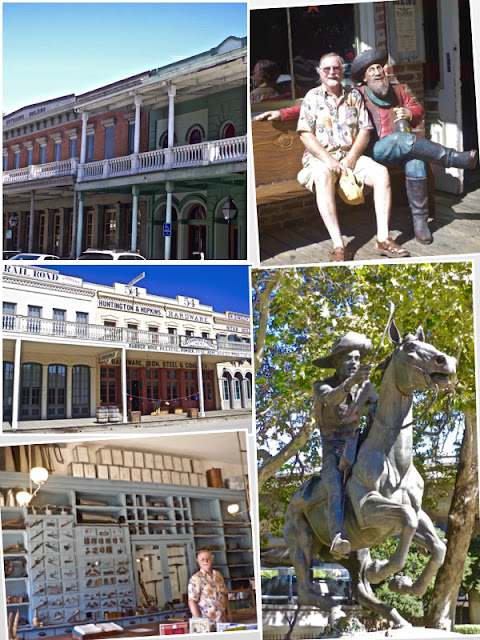 The next day we went back into downtown to visit the State Capitol…much quieter.  They have the main floor set up like it was back in 1903-1933, which is pretty cool to see.  It was first built between 1860-70.  Electricity first augmented, then replaced gaslight between 1892 & 1895.  In 1906 a remodeling of the area now called the West Wing created more office space.  The East Annex, completed in 1952, added even more offices.  When a 1972 study of the building showed it to be unsafe in the event of an earthquake (hello, it’s California!), the “Old Capitol” was scheduled for renovation  By 1982 the building was restored to its original early twentieth-century elegance.  Today it is a working museum. 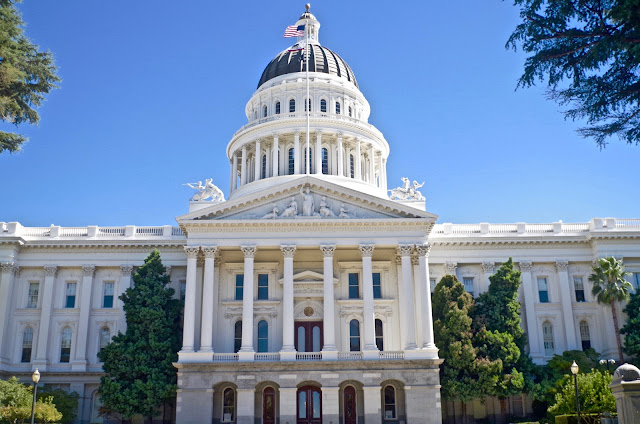 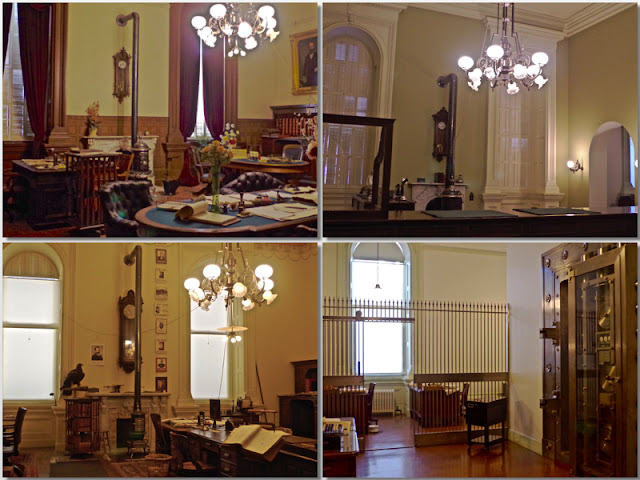 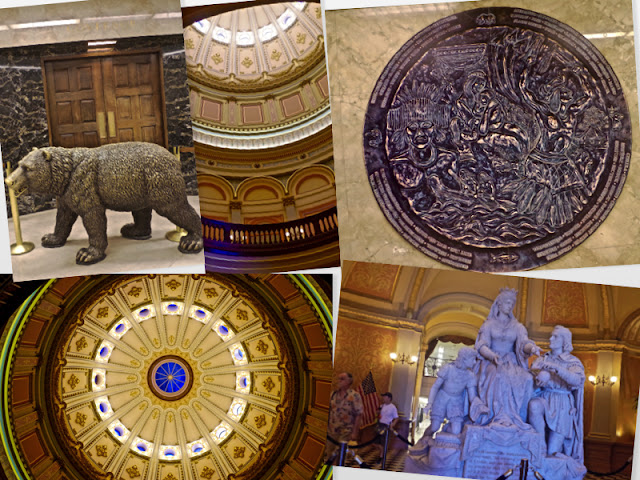 They also had a room with extraordinary first edition books, including a page from the Gutenberg Bible as well as one of the finest copies of the 1493 Nuremberg Chronicle, the first great illustrated book, two magnificent Audubon's Birds of America (1827–38), a gorgeous illuminated manuscript from the late Middle Ages and James Marshall's hand-drawn map of the gold discovery site at Sutter's Mill.  It was all really cool to see and my favorite part of the whole place!

Because of the severe drought, much of the lawns have gone brown, I think in keeping with the “no watering” policies.  They still have some lovely old trees…including a couple of redwoods!

We also made a stop to see the Old Governor's Mansion (1903-67).  No mention anywhere where the current Governor resides (unlike other state’s).   Hm mm... Well, duty done…time to head to the coast and seek out those redwood trees!

…On the road in northern California,  Marie