Our first experience driving through the Natchez Trace was in April of 2012.  We started in Natchez MS and traveled through Mississippi to Red Bay AL where we left it to go to  the Tiffin Service Center to have some work done on our coach.  We never completed the Trace and always promised ourselves that "someday" we would.

That "someday" was last week.  We took up right where we left off...from Red Bay!  This time we spent a little more leisurely time doing it tho.  We decided to camp nearby and stay awhile.  Since we only had a couple of hundred miles left to do, which was easy to do, there were also areas that an RV wasn't allowed to go into that we'd wanted to see.

As typical with me, I "forgot" about Memorial Day coming up until about two weeks before time, and when I went to make reservations around Nashville, found them all booked!  Ugh.  When I located a campground near the Natchez Trace that had a vacancy, I was thrilled and I quickly took it.  The owner was so nice to talk with and assured me we had "full hook-ups".

Everything went smoothly in Red Bay and we got done two days early, so I called Noel at the campground in Hohenwald and asked if we could arrive early, he said "no problem" and even asked us if we were coming via the Trace.  When we said we were, he explained that a small part was closed down due to construction, and gave us directions as to how to get around it.  Then, we were on our way!

Well...that was the last of the "good vibrations...." When we got there things were quite different... First, no one was there to assist us.  Noel, the owner was out of town shopping, then the camp host wasn't there (emergency).  When I called (help!?? where do I go??).  When I finally go hold of Noel on the phone and talked him into talking me through "where" we were to park...it was a disaster!  This place was horribly laid out, with only a couple usable spots, and those were not available.  The spot he had us going into was about 40+ feet long with electric at the very front and sewer at the very end and big lumps and dips all up and down through the grassy middle!  No way could it work!  Then, after we kept explaining (over the phone) that to him, he said, "how about pulling through it, to the one in front, and using it?"  Well, that meant using the sewer, going up hill!  Nope, that wouldn't work either!  Jack was furious!  A long day's drive to this? ...and Memorial Weekend?  Now what were we going to do?

I got on my phone and started looking again for places and God must have been on my shoulder, because I don't know how I found it, but I did, and somehow another campground showed up nearby!  I called, and would you believe it, they had space?  I grabbed it!  As we left Noel called me back and offered to move someone else and put us in another site, but I told him it was to late, we already were going somewhere else, sorry.  To little, to late.  He apologized and said it was bad timing that he wasn't there when we arrived, and that his host had that emergency.  ;-(

What a beautiful campground we ended up in!  Natchez Trace Thousand Trails...ended up on a "beach site" overlooking their lovely lake, full hook-ups, big, level sites and lovely wonderful people who had tons of fun, wonderful activities scheduled all weekend long...and at cheaper rates than the other place!  Wow!  Makes you just shake your head sometimes...;-)

Once settled in, we used the truck to enjoy the Trace and take in it's beauty.  For those of you that might not know what the Natchez Trace is...it's 444 miles through threes states and 10,000 years of history.  As the US expanded westward in the late 1700s and early 1800s, growing numbers of travelers tramped the rough trail into a clearly marked path.  Where the ground was relatively soft, walkers, riders and wagons wore down the "sunken" sections you see today.  In 1801 President Thomas Jefferson designated the Trace a national post road for mail delivery between Nashville and Natchez.  Today the Natchez Trace parkway creates a greenway from the southern Appalachian foothills of Tennessee to the bluffs of the lower Mississippi River.  It's truly a beautiful drive, and if you ever get the chance to do it, even a part of it, take it! 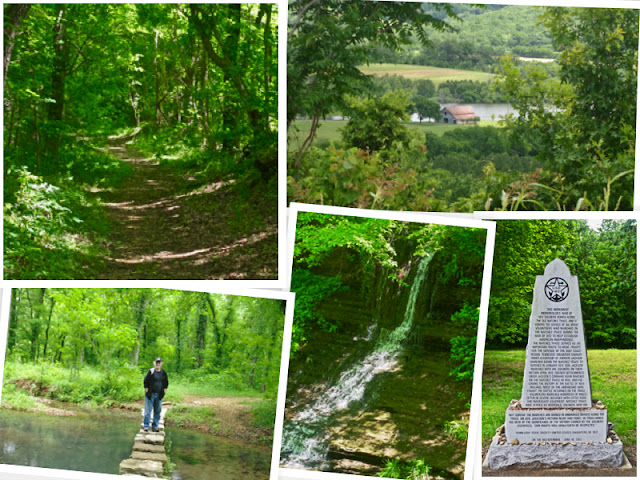 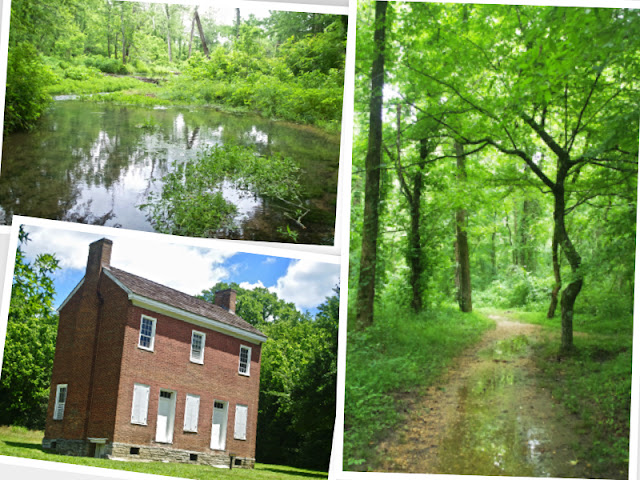 We enjoyed using it as our "daily freeway" as we ventured into the edge of Nashville or over to Franklin.  We could count on one hand the number of cars we would see on the road with us.  I would tease Jack that he would get spoiled here and not know how to drive with regular traffic again.  ;-) 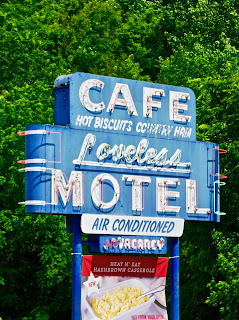 As you exit the Trace at Nashville, there is a wonderful Cafe there, called The Loveless Cafe.  It's been there since 1952.  Now, there might not have been a lot of traffic on the Trace, but boy there sure was here!  This place was packed, but they know "service"!  ...and food!  Yum!! Nothing like "Southern fried chicken" in the South!  My mouth still waters up just thinking about it! ;-)  They give you a "beeper" and set you free to roam...they have gift shops (plural), a motel, meeting room, catering, and ?? Quite a place!  Super great staff (and did I mention how great the food was?).  ;-)

We took a side trip into Franklin one day and visited the Carter House where the Franklin Battle took place.  It was quite a siege and left both the brick house and the wooden office riddled with bullet holes.  Very interesting town, I wish we could have spent more time there, but it was a long drive from the campground and we had arrived late in the day.  We will remember it for next time! 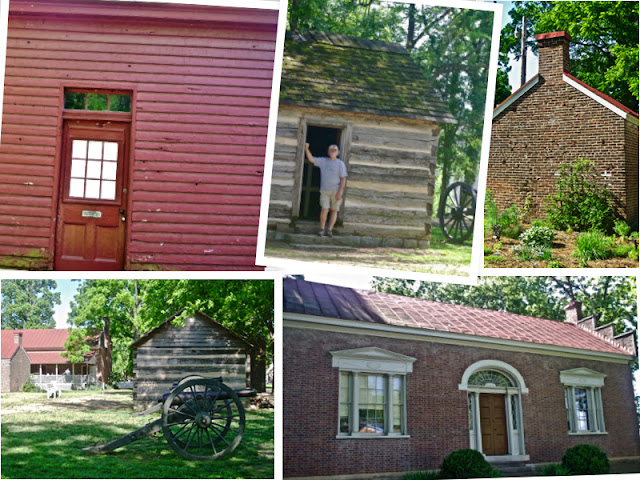 Back at the campground, activities were going strong.  They had everything from Bingo to BBQ, from live music to ice cream socials, watermelon eating contests to water slides and for Memorial Day they invited Rolling Thunder to do the Missing Man table ceremony.  I had never seen it before and was really moved...to tears.  Very touching, and perfect for the day.  Being a "Navy Brat", military observance is special to me and this really touched my heart.  These men and women who dedicate their time, money and energy to keep the POW & MIA active is really something. 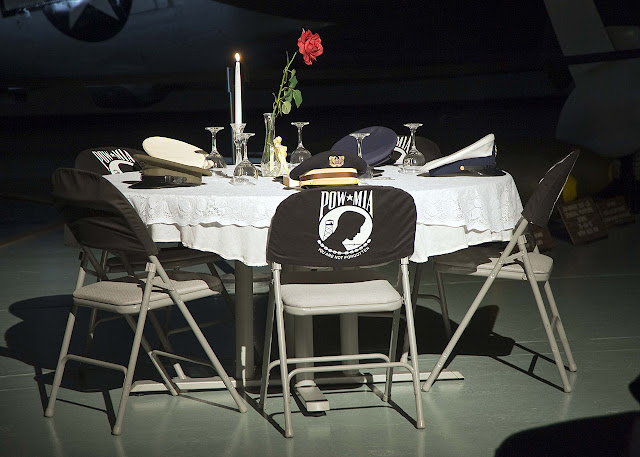 We met some great people here and had a wonderful time.  I loved looking out my window each day, watching the families enjoy the lake together, watching the geese as they honked at each other in the park beside us.  The night before we left, it gave us a wonderful sunset to say goodbye, come again!  ...I love that, we will! 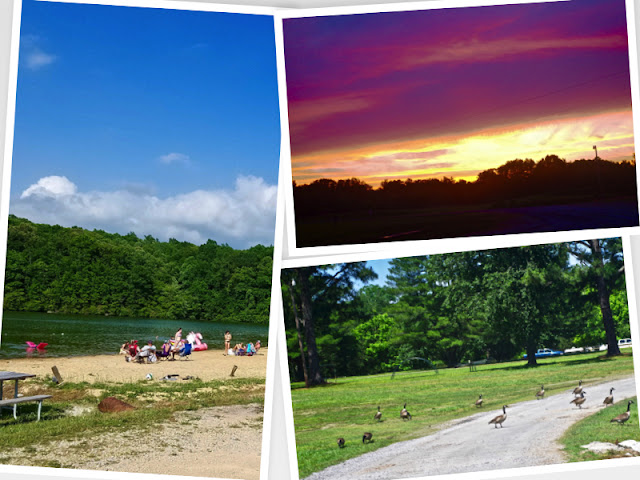 ...on the road to Kentucky,  Marie