We've been spending several days in Frankfort Kentucky, and it's really needed it!  There are so many things to see and do here; I'm glad we allowed ourselves the time to do it all!  It's going to take me a couple of blogs to get it shared...

Frankfort is the Capitol of Kentucky, and a beautiful one at that!  We started our "touring" days with that.  We no sooner parked our car (free parking right out front too! First time we've run into that, I might add!) and one of the Capitol workers stopped us and in such a friendly way said "well you folks sure have come a long way just to see our Capitol!"  We stood and laughed and talked with him for about five minutes, commenting on how beautiful the grounds were and how we were looking forward to seeing inside.  He started our visit off wonderfully, showing us just how friendly everyone here is (and it kept right on from there too!).

I don't think I've ever seen so many flowers and a more beautiful landscape on a Capitol grounds than this one!  It just went on and on.  Inside, we had just missed the 12:00 tour, so we decided to wait until the next one, rather than do it on our own.  While we waited, a Representative came by and sat with us a bit (he was going to give a private tour to another group he was waiting on) and we had a nice chat together.  That was a fun unexpected visit!

Our tour guide took us to all four levels, telling us all about the State Reception Room modeled after Marie Antoinette's drawing Room, Supreme Court, House of Representatives, Senate and even showing us some old phone booths that still worked!  She ended at the Rotunda that reaches seven stories high and (now) has LED lights that changes colors in the dome.  This Capitol was built in 1910 and much of it was modeled after places in France, bringing in marble & woods from all around the country.  It's a beautiful Capitol. 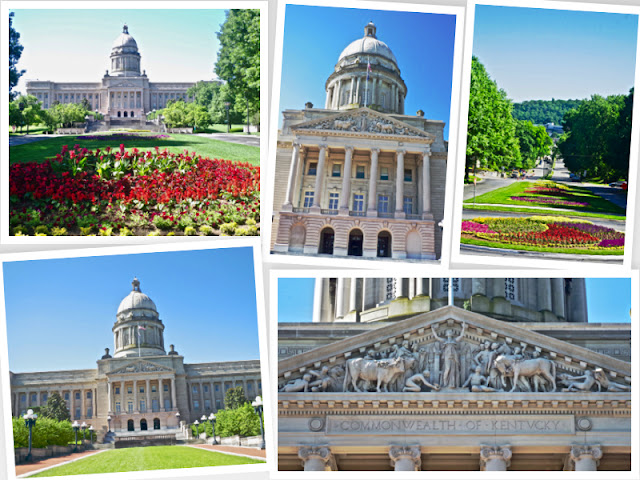 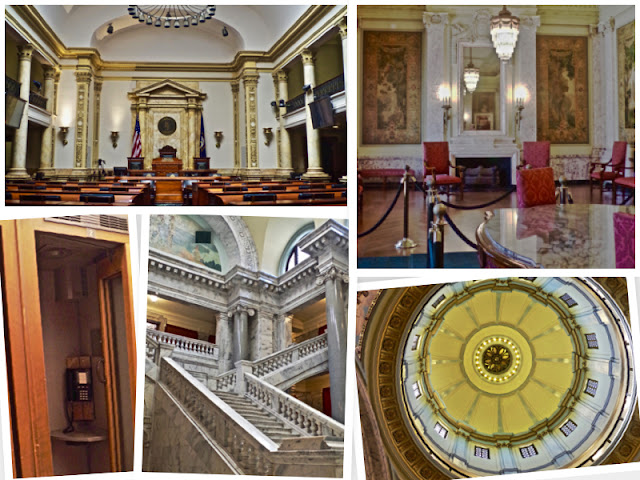 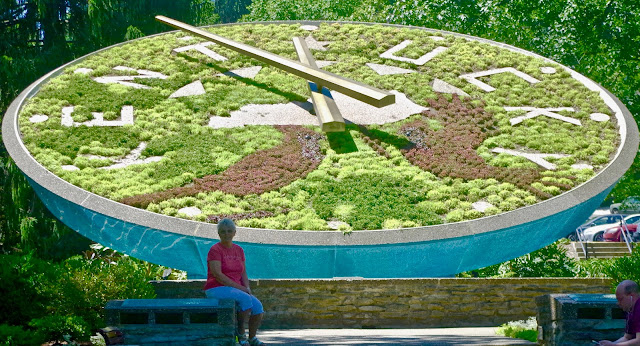 From there we walked across to see the Governor's Mansion built in 1912, as it is  patterned after Marie Antoinette's summer home Petit Trianon.  "Wow", is all I have to say about that. 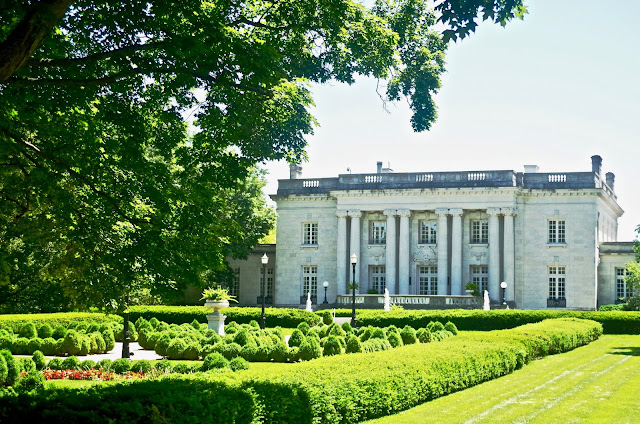 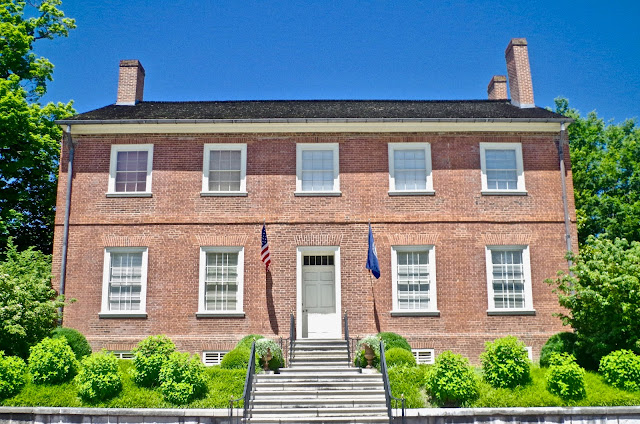 A quick stop was made at the Old Capitol Building because it was closed, so all we got to see was the outside of it...It was built in 1838 and operated until 1910.  Still looked nice, but quite a bit smaller! ;-) 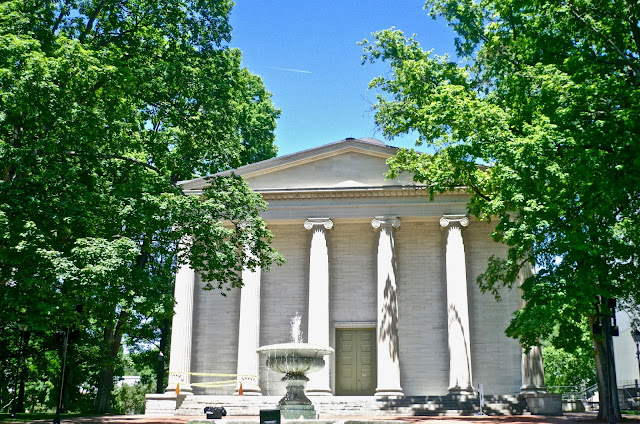 Frankfort is also the final resting place for Rebecca and Danial Boone.  Their grave is in the Frankfort Cemetery which has been around since 1844.  They have a nice site that over looks the Capitol and the city of Frankfort.  The cemetery itself is quite large and as you can expect, has a large section of civil war plots, including a "Confederate Lot", as well as one sectioned off for state officials (being the Capitol and all). 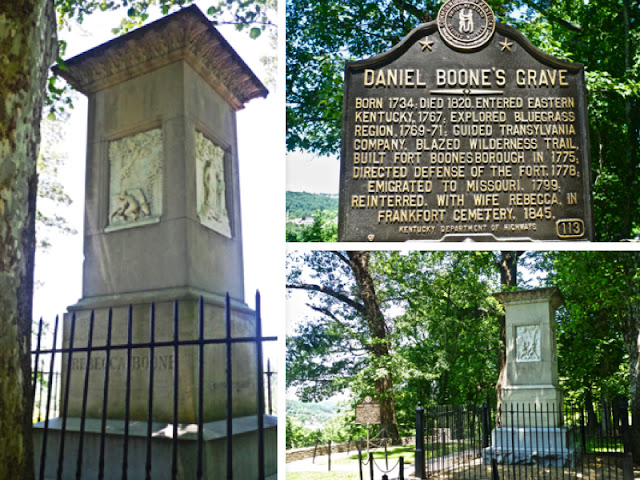 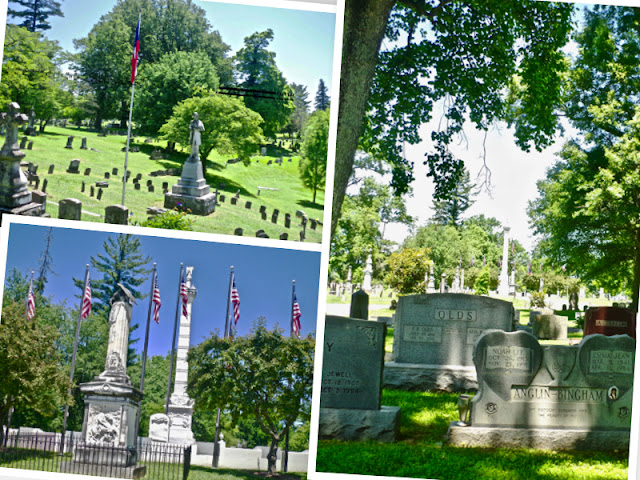 Our next visit was to the Kentucky Vietnam Veterans Memorial.  This was quite a sight to see.  It honors the 125,000 Kentuckians who served during the Vietnam era (1962-1975).  The blue-gray granite plaza of the Memorial contains the names of Kentucky's 1103 citizens who died.  Each name is precisely located so the shadow of the sundial pointer, touches each veteran's name on the anniversary of his death.  Thus, each individual is honored with a personal tribute.  Accordingly, every day is memorial day for a Kentucky Vietnam veteran.  The Memorial's unique design was created by Helm Roberts, a Lexington KY architect and veteran, completed in 1988.  It was very moving...something like I've never seen before. 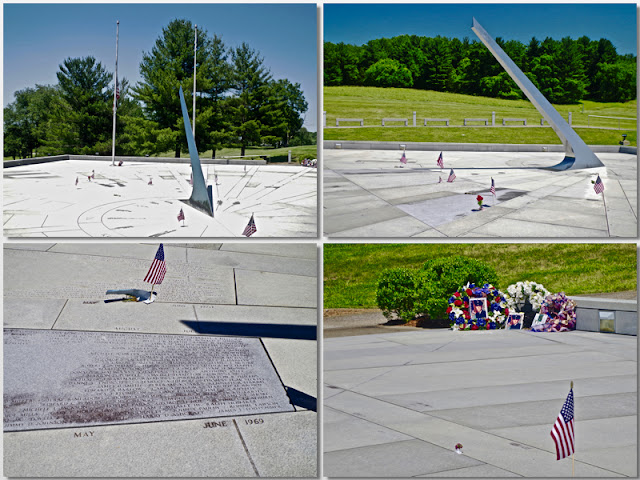 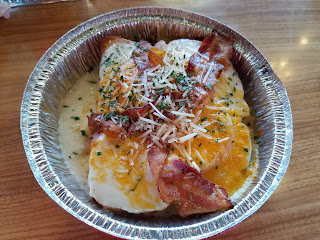 We ended our day with a special stop at a sandwich place the ladies at the Capitol Visitor's Center told us about (when Jack told them I like to try "regional food").  The place is called Gibby's and they make a sandwich called "Grilled Kentucky Hot Brown.  It's full of turkey and cheeses and topped with bacon!  It was incredible!  Yum!!
A great way to end our first day.  I sure was glad I had climbed all those stairs and walked all those places because I'm sure the calories in that one sandwich was more than one whole day's worth!
But it was worth every bite!  ;-)


...kicking back in Kentucky,  Marie