Arriving in Cleveland on a Sunday (& it being Father's Day) doesn't help with getting all the things done "on your list" that you want to see and do in the 5 short days here...especially when so many things are also closed on Mondays as well!

We did our best tho, quickly setting up the rig, then scooting into the heart of Cleveland to the deli our friends told us was a "not to miss" place for the best place for great pastrami and bagel sandwiches!  They were right!  Jack's Deli (how could we not remember the name?) was closing early for Father's Day, but they let us in, just at the last moment, and we sure were glad they did too!  Yum, delicious!  Fortified, we decided to check out the city.  Great time to do it, as it was probably as empty as it would ever be!  Beautiful city with wonderful tall buildings, old and new.  Their theater district blows you away with the "world's largest chandelier" hanging smack dab in the middle of the road, 44' feet above it!  Wow!  4200 crystals sparkling in that beauty!  I understand it lights up at night, I bet it's really something to see! 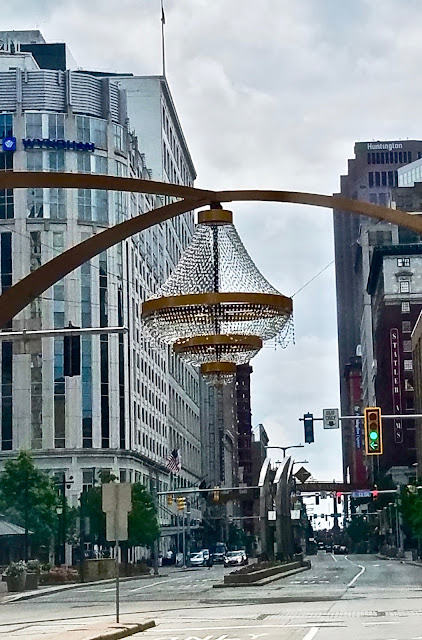 That's not the only "world's largest" claim in the city, we also came across this fun stamp the message on the stamp was intended as a reference to the Civil War-era Soldiers' and Sailors' Monument, located across the street.  The beautiful Terminal Tower building is the second tallest building in the state. 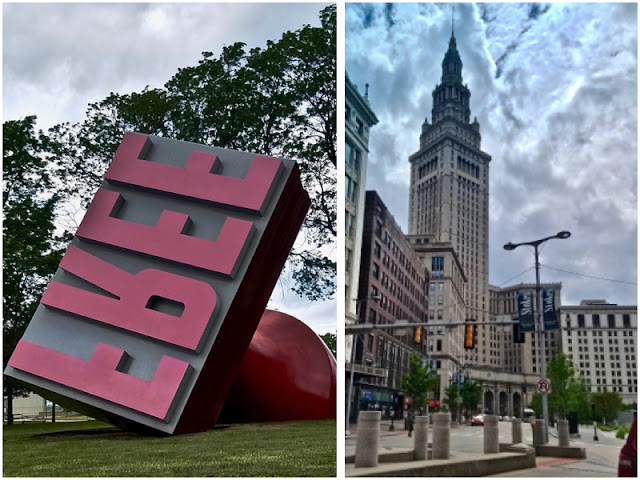 On Monday (with everything still closed) we went to their beautiful Lake View Cemetery.  President James A Garfield and his family is buried there and has quite an impressive memorial.  It's more like a small church!  We learned from the volunteer there that everything about it, the cost of building it and even maintaining it today is from donations.  No money has ever come from the family or government.  That's one loved man. 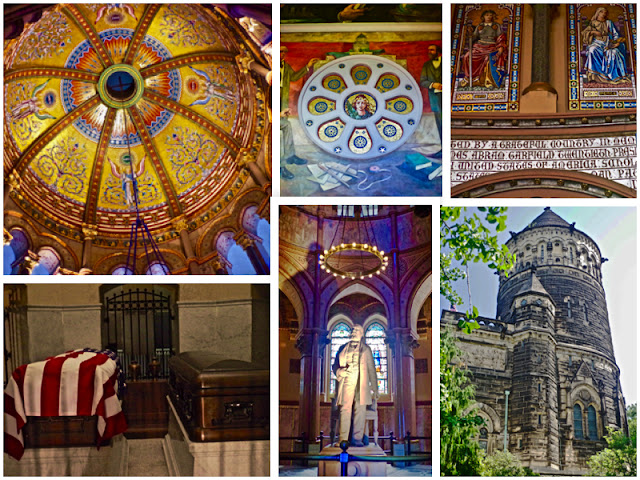 We also got a tour of The Jeptha Wade Memorial Chapel, which was entirely designed and built by Luis Tiffany.  When it was completed, he came, took a look around, said he liked it, and left.  To say "it's beautiful" would be an understatement.  It's truly majestic. 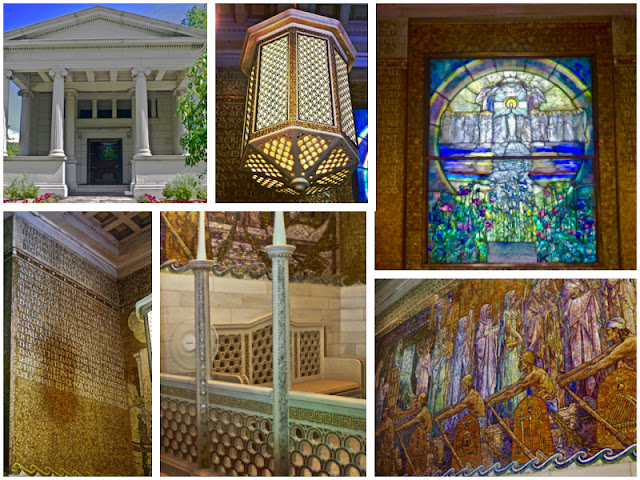 A couple of other "famous" folks there were Elliot Ness of Al Capone fame, and Alan Freed known to coin the phrase "Rock & Roll".  His headstone is appropriately in the shape and etched perfectly like a juke box! 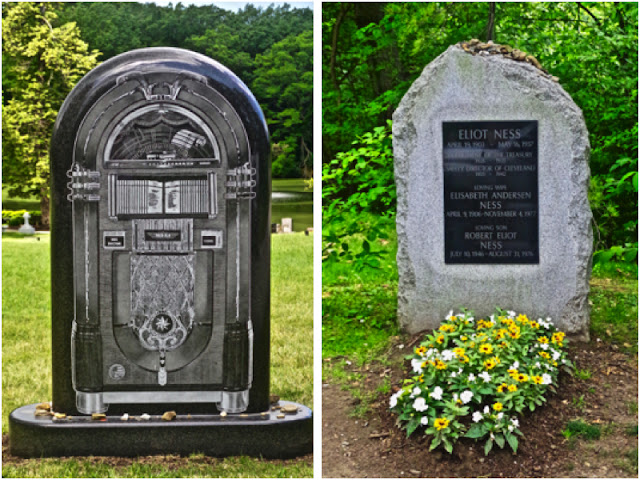 Finally, on Tuesday we were able to get into The Cleveland Museum of Art.  We had heard it was one of the best, and a "not to be missed" attraction.  We were there all day... Beautiful exhibits of O'Keeffe, Monet, Renoir, Picasso, along with Warhol and sculptures like Rodin.  Collections of liturgical vestments from the 1700s, Armors & Swords etc from the 1500s, along with hundred and hundreds of other items from all over the world.  Oh my aching feet... 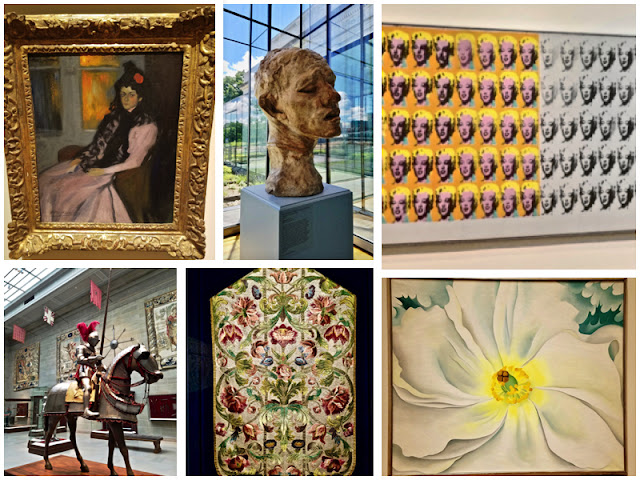 The following day we spent another eight hours viewing almost every inch of the incredible Rock and Roll Hall of Fame.  Wow.  Powerful, I don't think they left anything or anyone out!  Lucky for us, they had several spots where they showed videos and had benches or seats so we could actually sit for a bit now and then (thank goodness!).  It also helped having upbeat music playing at every exhibit stop too!  ;-)  We left exhausted but feeling happy! 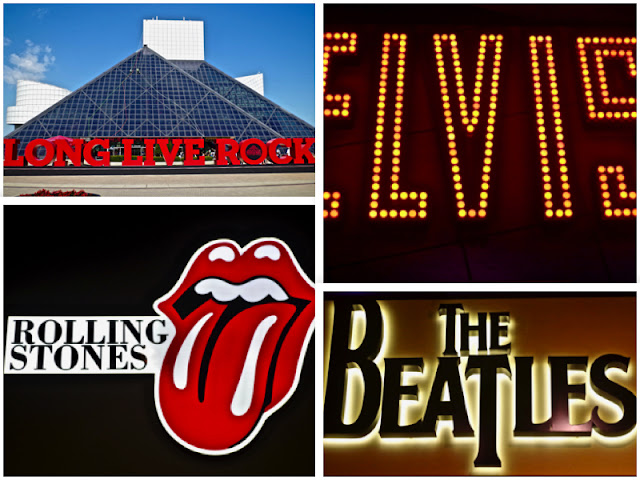 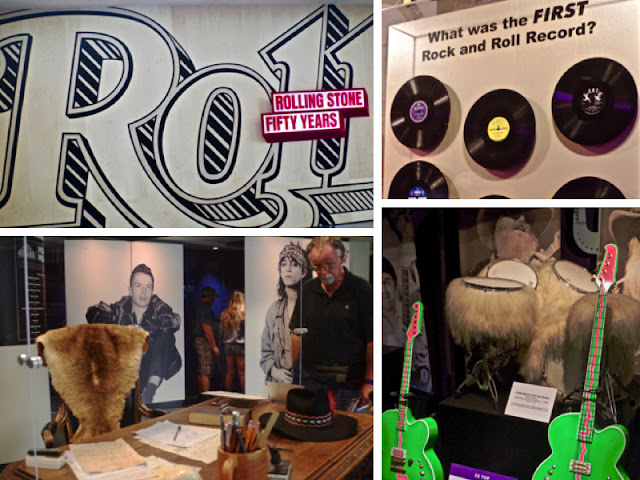 Our last day rain greeted us, but we were headed out to see the last lighthouse on our list and to pretty much "take it easy" today.  The rain stopped long enough (it tends to stop and start a lot here) for me to do my shooting...and to discover a second lighthouse we didn't know about too!  Found out it's name from a local nearby (yea!) and checked on it online.  Seems it was built after the first one closed down...makes sense.

There are still several things I would have liked to explored here, just not enough time, guess we will have to come back!  We have one last town to explore before we leave this great state, so off we go tomorrow...