Our last few days in Wyoming...

Leaving Cheyenne, we headed to Rock Springs Wyoming for a few days.  We had heard that this areas was pretty and a great place to explore for a couple of days before heading out of the state.

We made a quick stop in Laramie first, just to see what there was to see.  Our timing wasn't great tho, as a motorcycle group was coming in from doing a fundraising run and ending their trip there, so they closed off several of the main streets for them!  Shops were closed, and restaurants were either full or closed.  ;-(

Oh well, we walked around and took some fun photos of their great murals, peeked into their shop windows and snapped a couple shots of all the motorcycles and chatted with a few of the people from the run, then just headed back out again! 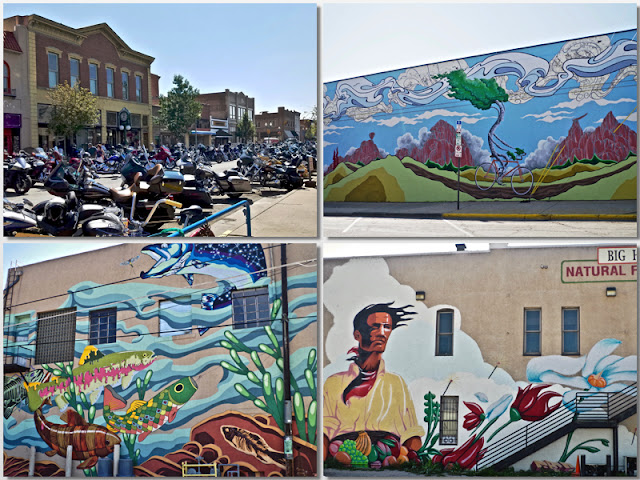 The drive wasn't a total loss, as we had two fun stops along the way.  The road to/from is on I-80, but back in 1881, it was known as the Transcontinental Route, also known as the Lincoln Highway.  There are two memorials dedicated to the building of this highway.  One you can't miss, it's right off the highway, and stands 48.5 feet tall!  It's also on the highest point of the transcontinental route at 8,640'.  It's a bust of Abraham Lincoln on top of a granite pedestal!  It certainly catches your eye! 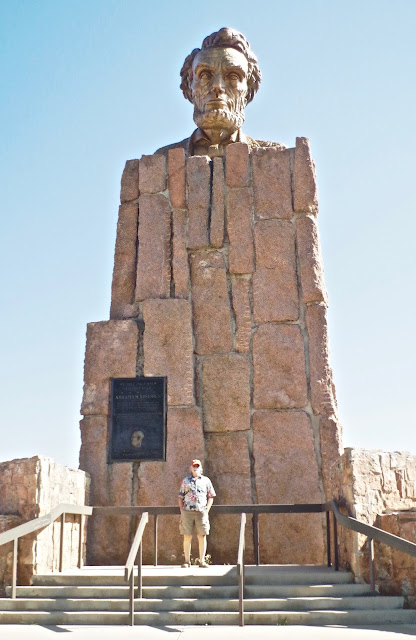 The second monument you have to drive a bit to go see, but, wow, it's worth it!  It's the Ames Monument, a 60' granite pyramid honoring Oliver and Oakes Ames, the two promoters of the transcontinental railroad.  Built in 1881-82, the monument marks the site of Sherman, a train inspection point before it became a ghost town with the relocation of the Union Pacific tracks. 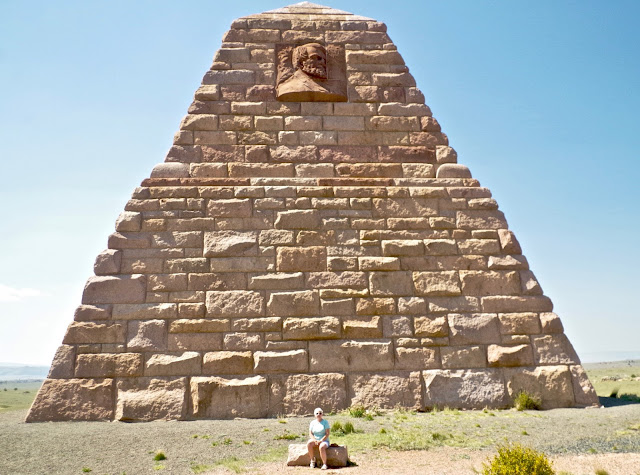 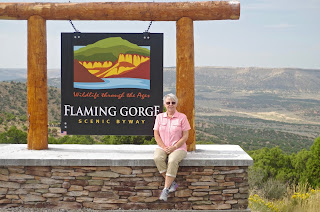 While in Rock Springs, we took a wonderful drive through the Flaming Gorge Scenic Byway.  What a beautiful drive that was, it certainly lived up to it's name!  This gorge goes through Wyoming & Utah with the dam being in Utah, sending the water through both states and even to Colorado.  John Wesley Powell named the area and after seeing the colors of the gorge, you can see why.  The Green River, which runs through the gorge, is so clear and beautiful, even this late in the summer.

We only saw one boat taking advantage of the lake, but I'm sure on the weekends and during the height of summer, it's kept busy.  It's supposed to be quite the fishing mecca, and one of the ranger stations showed off the record fish for one in Utah.

I'll let the pictures speak for themselves.... 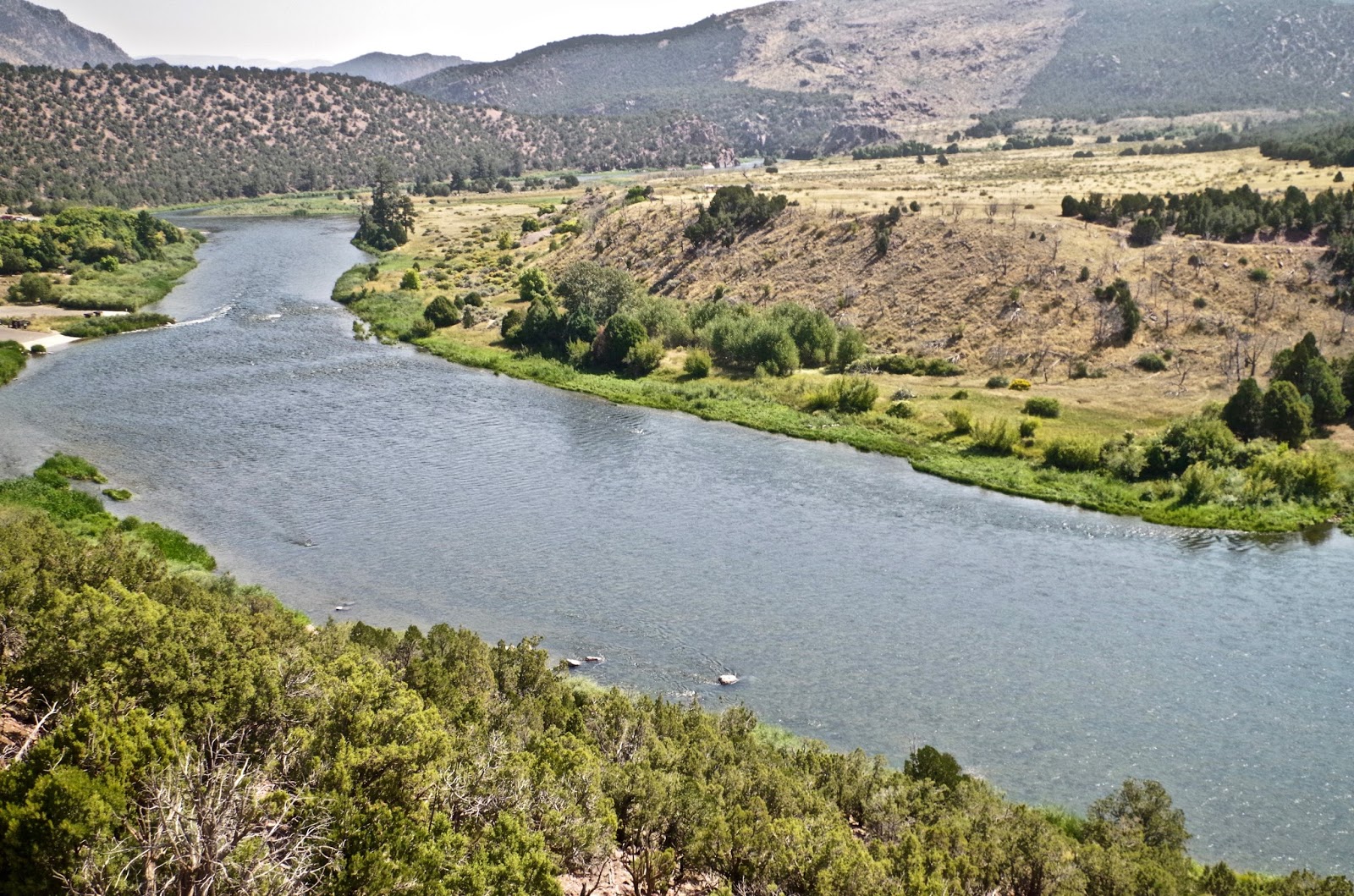 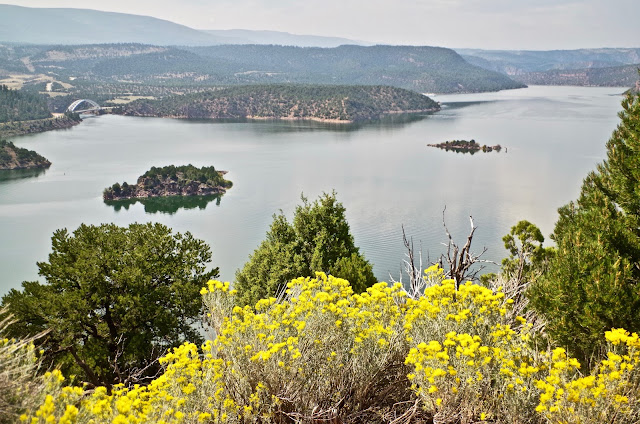 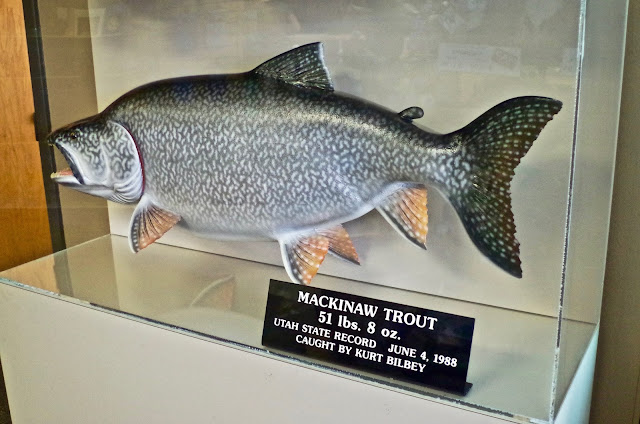 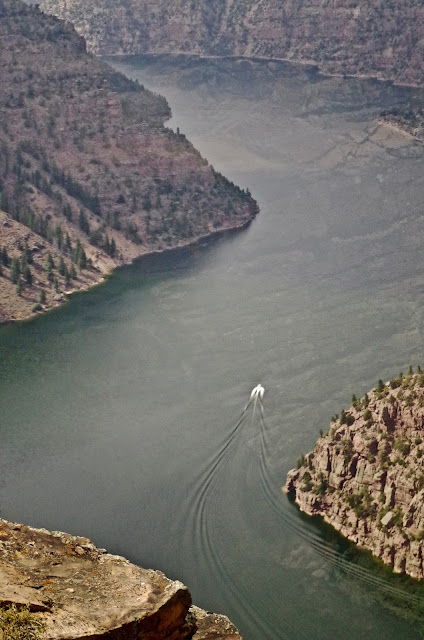 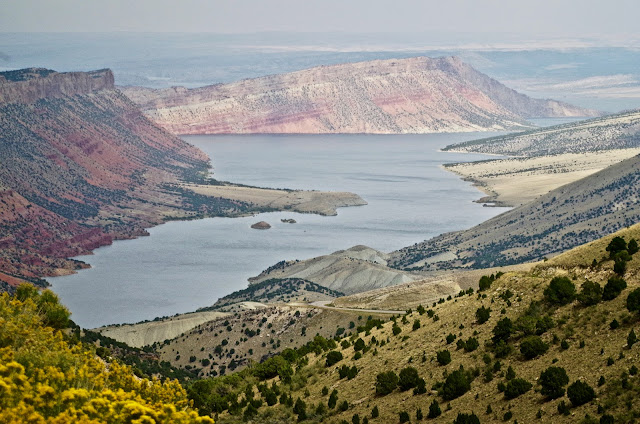 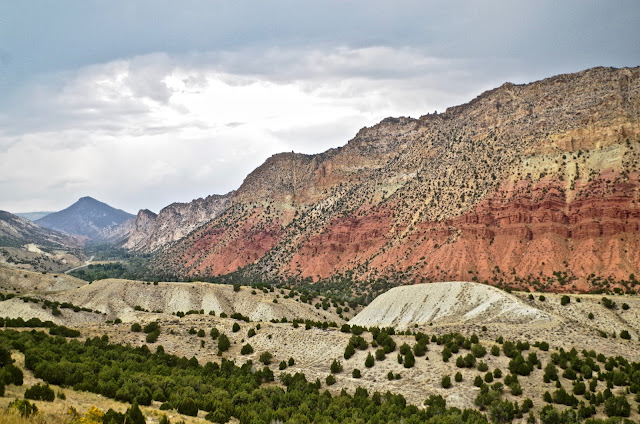 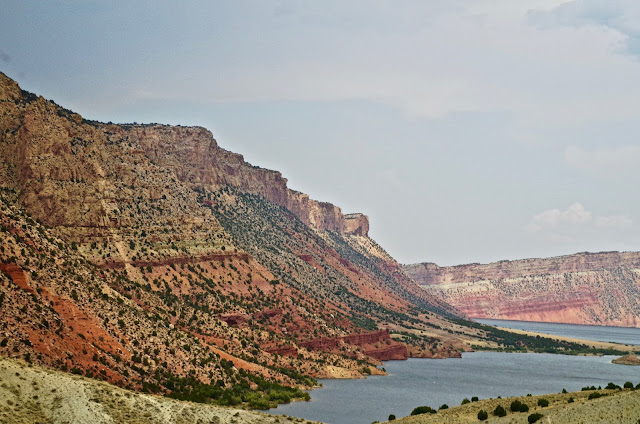 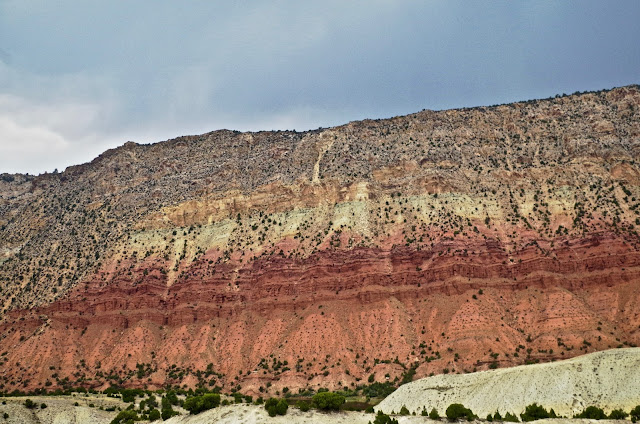 It was a great way to end our stay in this beautiful state.  We had visited the "upper portion" of the state before, but never the "lower" part of the state, so this gave us a whole new perspective to enjoy!

Now we will skip through the edge of Utah and head into Nevada for awhile...