A nice visit to Nebraska!

We've traveled to all the states now, so of course we've been through Nebraska...but, somehow we missed going through Lincoln, and that's where the State Capitol is!  Since I have a "thing" about seeing all our State's Capitols, we needed to venture into Lincoln this trip!  ;-) 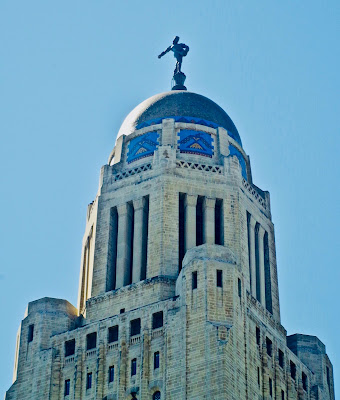 ...and I'm so glad we did!  What a beautiful State Capitol is is too!  Matt, our guide gave a great tour.  He loves the Capitol, and it really showed.  He was extremely knowledgeable and really took the time to explain all the wonderful details from floor to ceiling.  The architects were from New York, but had a local history professor assist them so that they incorporated finite details to everything.  Almost all of it was done in mosaic and done as a story so it flowed from one room to another.  It took 10 years and was done as a "pay as you go" so no debt was made.  Nice.  Nebraska also is the only state that has a Unicameral legislative (single branch).  Back in 1937 one of their Senators fought for it and convinced the people that it would save them tax money, etc. so they voted it in.  The 49 Senators are part-time and only earn $12,000 per year for 2 years and can only be re-elected once again.  I'd say Nebraska could teach Washington a thing or two! 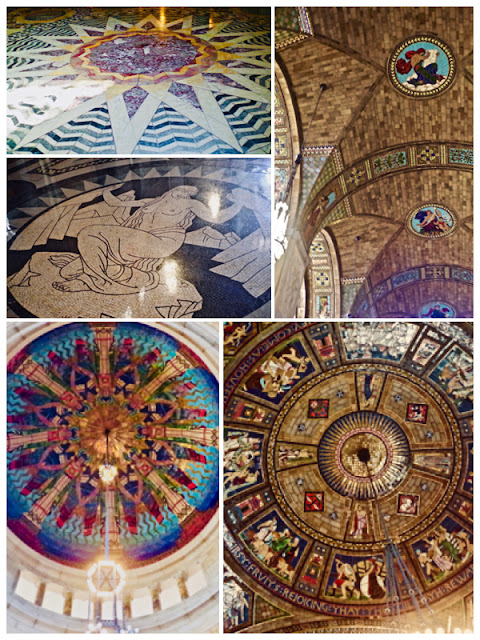 Additionally they had beautiful art pieces throughout the Capitol, Venetian glass murals, paintings depicting Nebraska life, past, present & future.  On the 14th floor observation area, they had murals dedicated to public service in the Memorial Chamber. 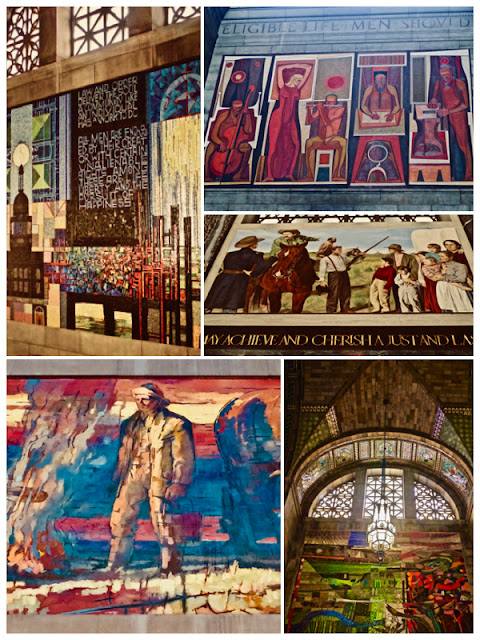 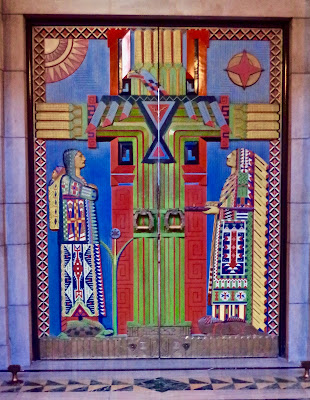 One last beauty, as we left, was this hand carved door.  It was to the Senate Room that is no longer used (as a Senate) since they are Unicameral.  It took the artist 10 years to complete.  Even the lock to the door (the flower) was thought out.  Even after all these years, that door is impeccable.  I have to say, this Capitol is one of the finest we've visited so far.

We camped in the small town of York, and just down the road from us was a delightful place, called Wessels Living History Farm.  Jack's been absolutely fascinated with those very large agricultural watering systems that we've been seeing as we drive by these miles and miles of farms.  We figured we could learn about them there...so off we went!

Wessels is a 1920's prosperous farm, complete with a functioning corn field, barn, small church and school house.  Mr. Wessel willed it to the city so that children would learn what it was to farm during the turn of the century.  They hold classes there, teaching children how to plant, churn butter, make flour, etc.  Very cool.  We had a great chat with one of the docents and Jack got all his answers about the Reinke Agriculture Watering System!  Nebraska has a vast aquifer just under the land that they only have to dig down about 160' or so, and link these systems up to go along their crops for almost a mile.  They can use electric, gas, battery or water power. 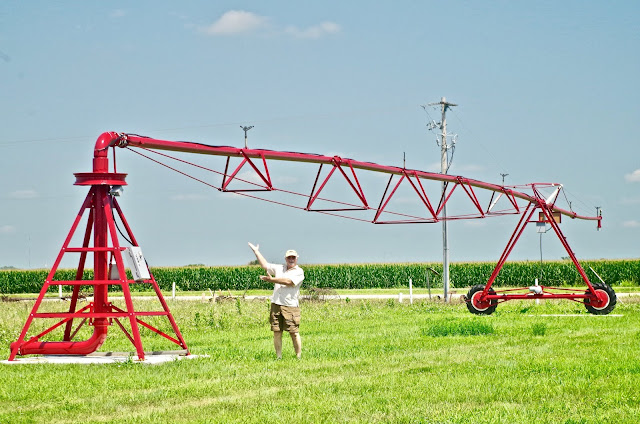 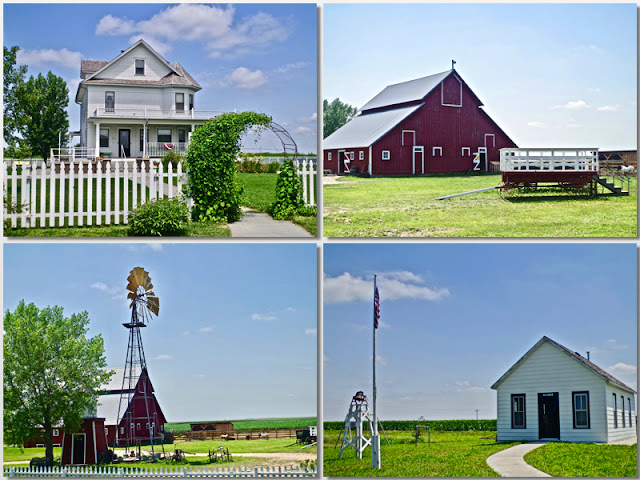 They had a sign there that was quite enlightening:  In 2011, Nebraska was:

Nebraska utilizes 45.5 million acres, or 93% of the states total land area.  99% of Nebraska farms and ranches are Family Owned.

Wow.  I thought that said a lot.  I can tell you that driving through the state, it showed!  I think that since 2011, though, they flipped their numbers with Red meat and Corn, because we sure saw a LOT of corn and almost no cows!!!

Well, we are off to South Dakota from here, so, back on the road we go...Marie