First stop on our way through South Dakota, Sioux Falls!  With a quick read in our trusty AAA Book, I learned that the best place to start was at the Falls Park Visitor Center because they had a two-story viewing tower that looked out over the falls!  No matter how big or small those were, that sounded like the best place to get some good pictures and find out what, if anything, there was to see in this small town in our short stay here, so off we went!

Beautiful little park, and great tower!  The falls weren't tall, but spread out, so seeing them via the tower was really the best way to go.  They reminded me a lot of the falls in downtown Idaho Falls ID, only I think these are actually a lot longer.  Either way, their beautiful and have a lovely park surrounding them. 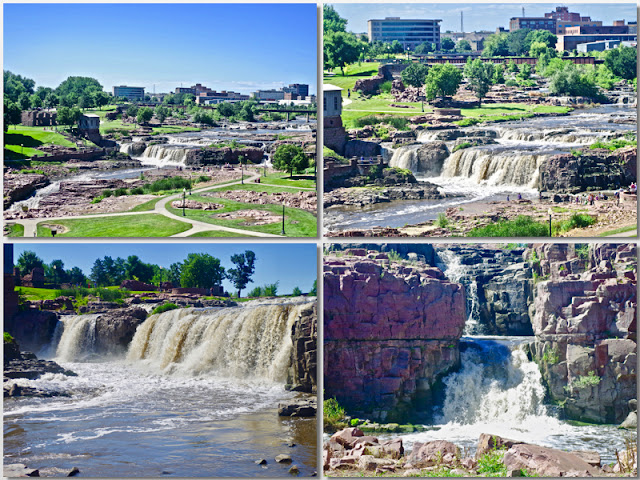 That done, we headed downtown.  They have what's called "SculptureWalk", an extensive outdoor exhibit, consisting of sculptures displayed throughout their downtown area year-round.  Each May, new sculptures are placed on display and observers may vote for their favorite sculpture during summer.  I don't know if they have a winner or not, nothing said so.  We had a lot of fun walking up and down the streets looking (and taking lots of pictures) at the various  ones.  All different, some whimsical, some serious.  Here are a few of my favorite ones...
As we were driving, we stopped at a unique Rest Stop  in Chamberlain - it paid homage to Lewis and Clark (as we were about to cross the Missouri River as well as the indigenous people.  A beautiful, 50' statue of an Native woman gracefully wears a quilt featuring 128 stainless steel blue diamond shapes designed to flutter in the wind.   During the day, her star quilt-a representation of respect, honor and admiration in Native American culture-glitters in the sun with pieces that change color depending on the amount of light.  At night, LED lights cause the diamonds to glow in the night sky, casting a peaceful presence easily visible from the Interstate.

"Standing at a crossroads, Dignity echoes the interaction of earth, sky and people. She brings to light the beauty and promise of the indigenous peoples and cultures that still thrive on this land. My intent is to have the sculpture stand as an enduring symbol of our shared belief that all here are sacred, and in a sacred place"

Then, alongside was a building that had Lewis and Clark exhibits with a 55' replica of their keel boat and supplies with tents etc.  Nice. 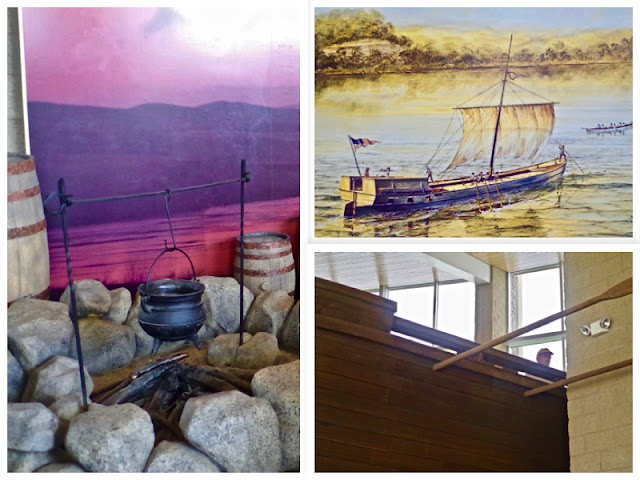 After leaving Sioux Falls, we headed to the Capitol of South Dakota, Pierre to add to my every growing list.  That gives us 25, so we are half way there!  Boy, if we had started doing this when we first started out, we would probably be (almost) done by now...but, then what would I have to collect?  ;-)  I've already completed all the state signs (some day I'm going to create a poster of all of them, won't that be cool?).

Pierre and Ft. Pierre are tiny towns, with not much going for them except for the Capitol!  It's a nice one, but no guide this time, but a good booklet with detailed information, thank goodness!

We started off our day early at their Capitol Farmer's Market...that took all of three minutes to peruse and see that it didn't really have much, so we tootled across the street for breakfast.  We were just about the only ones venturing into the Capitol it seemed today, no surprise there, so we took our time. 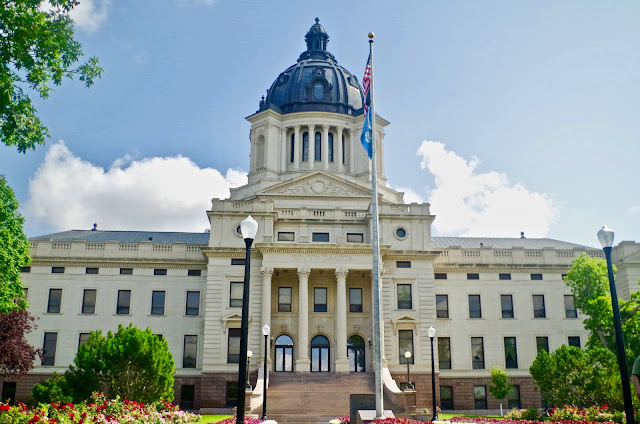 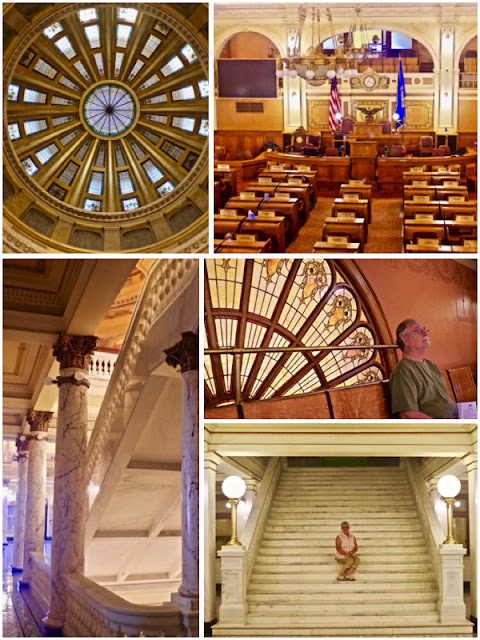 Outside were a couple of nice monuments as well... 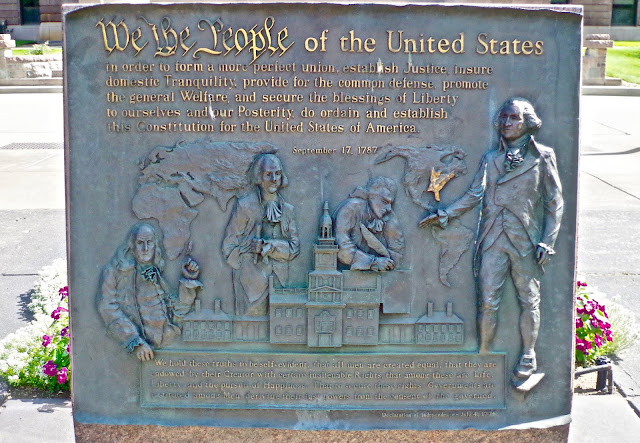 This monument depicts the images of Washington, Franklin, Madison and Hamilton signing the Constitution of the US.  What I liked about this was they also stated below..."It is our hope that this monument will not just honor the past but endeavor to give inspiration to the youth who come to visit our capitol, as it is the youth of today who will determine the future and destiny of tomorrow..."

...and then a peek at the Governor's Residence... 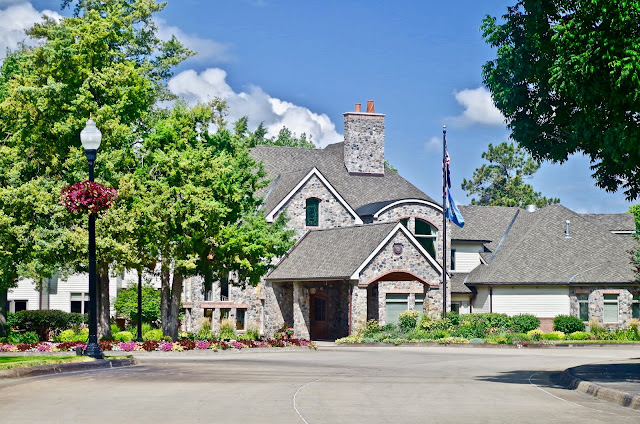 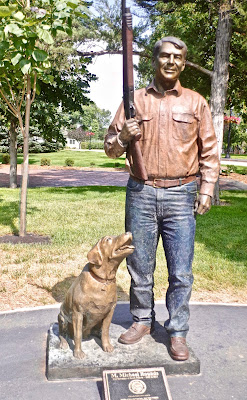 As we were cruising through town, we saw statues of
"gentlemen" on just about every corner! All a little different, it finally peeked my curiosity enough to finally get out of the car and go read the small plaque next to a couple...it turned out that they were all past governors!  Cute!