1. a wistful desire to return in thought or in fact to a former time in one's life, to one's home or homeland, or to one's family and friends; a sentimental yearning for the happiness of a former   place or time

2. a yearning for the return of past circumstances, events, etc

3. a bittersweet longing for things, persons, or situations of the past

I guess I agree...and I guess lots of others must as well...and here's why...

I know "I'm not alone" in my love of lighthouses when there are books, calendars, pictures and plenty of others out there with me when we are visiting them, taking pictures, walking clear out to the points in all kinds of weather!  "Historical" groups raising money to keep them and refurbish when they are no longer needed and no longer being used.  They are up and down every coast, every lake, and loved by young and old!  Here are a few beauties we've visited recently along the Great Lakes...


Another one is old barns!  We've been traveling through "America's Dairyland", Wisconsin, and what joy it's been to see so many beautiful barns that's been saved and decorated with the heritage barn quilts.  They don't have to, they could have just replaced them with the more modern metal ones, but they chose not to, and many of us are glad they haven't! 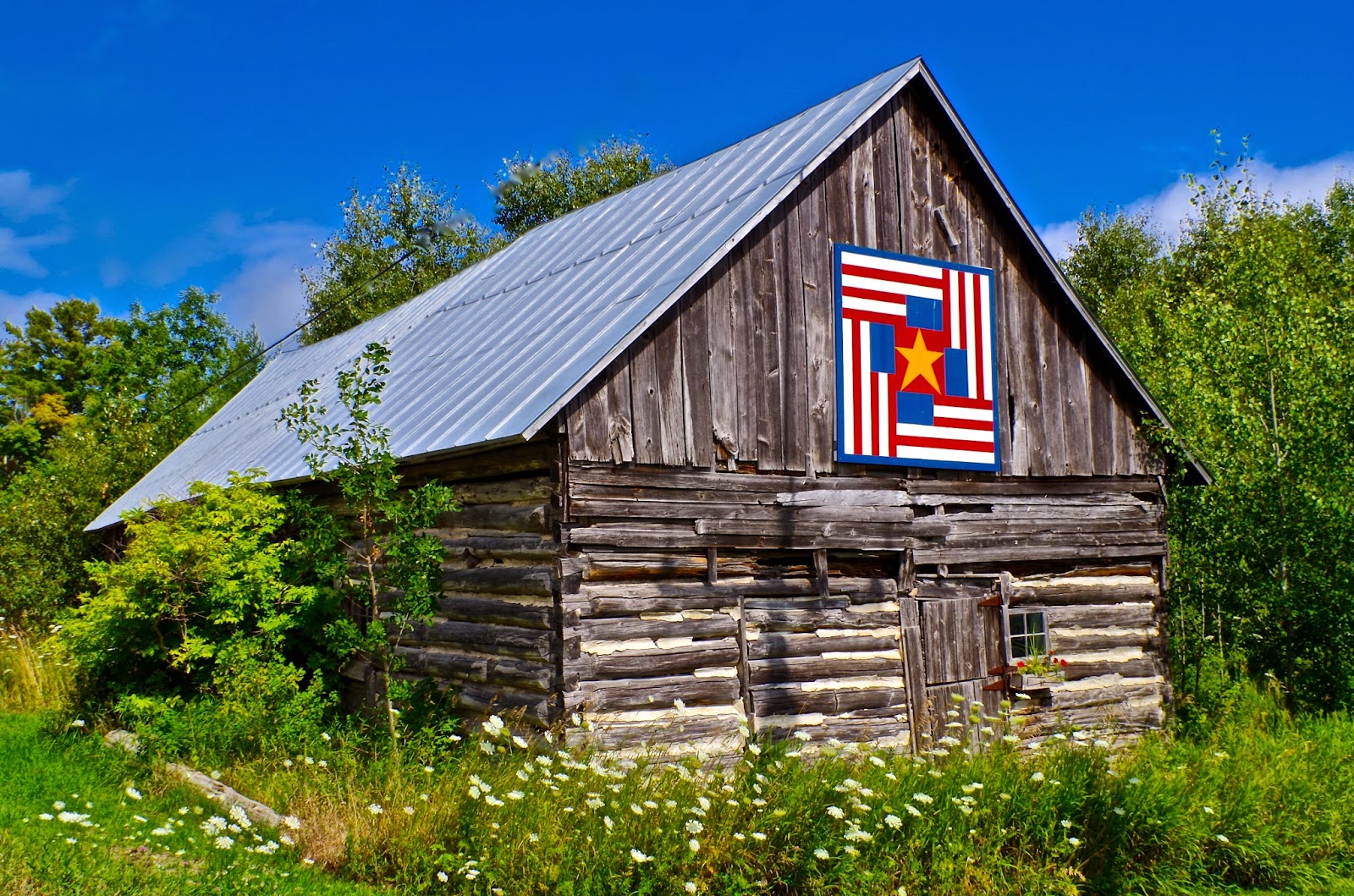 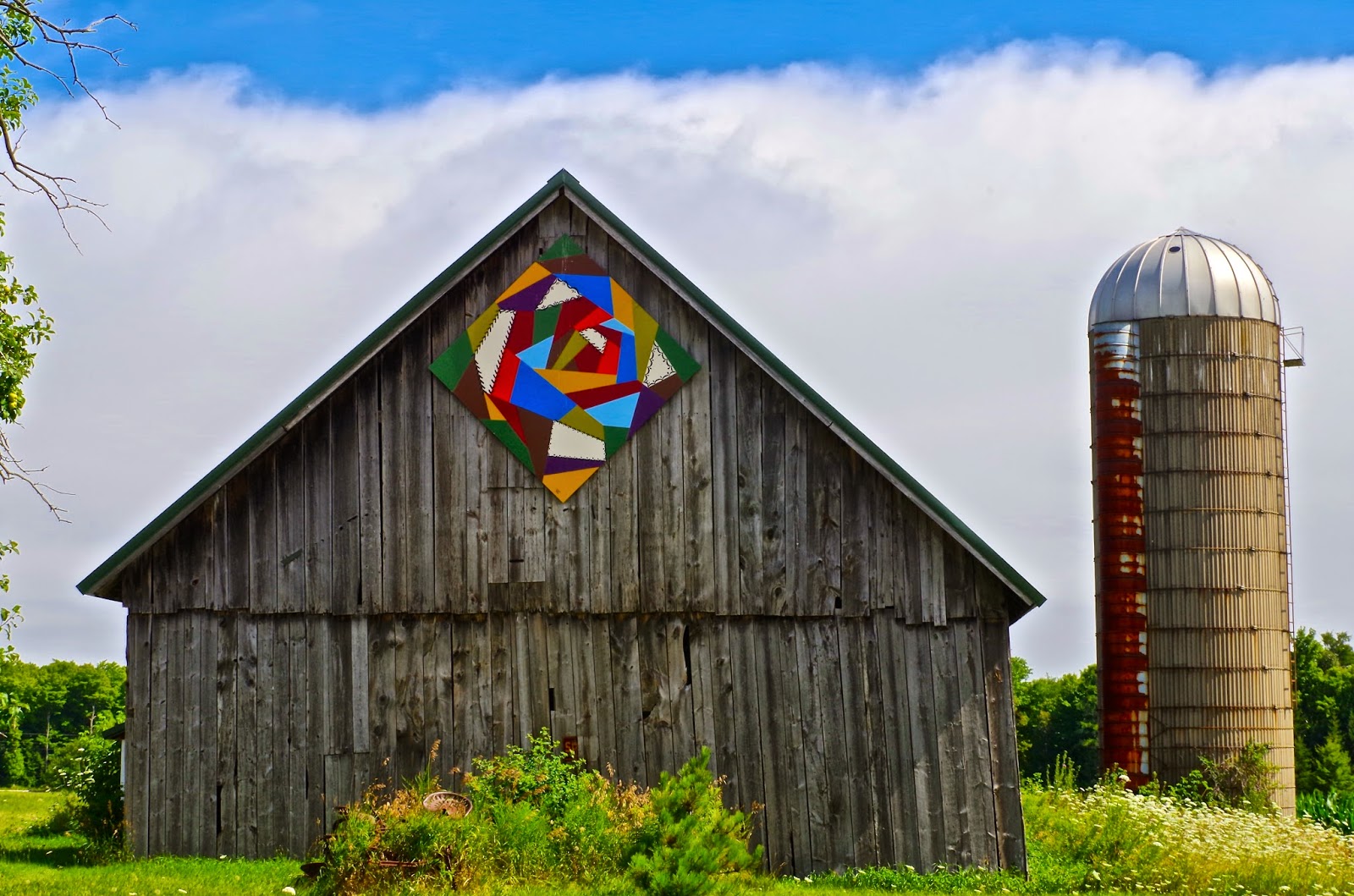 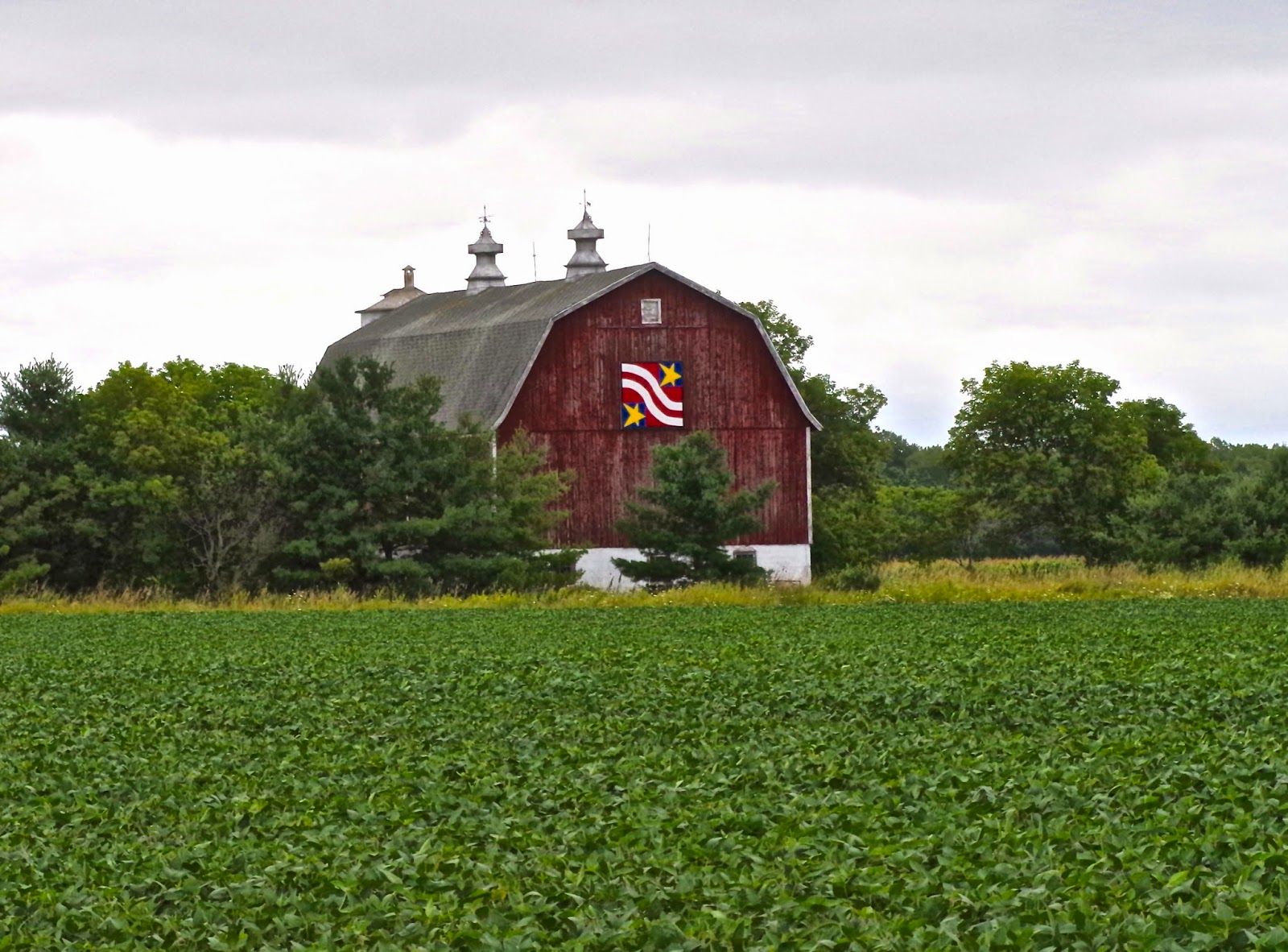 And take a look at these three beauties from Michigan! 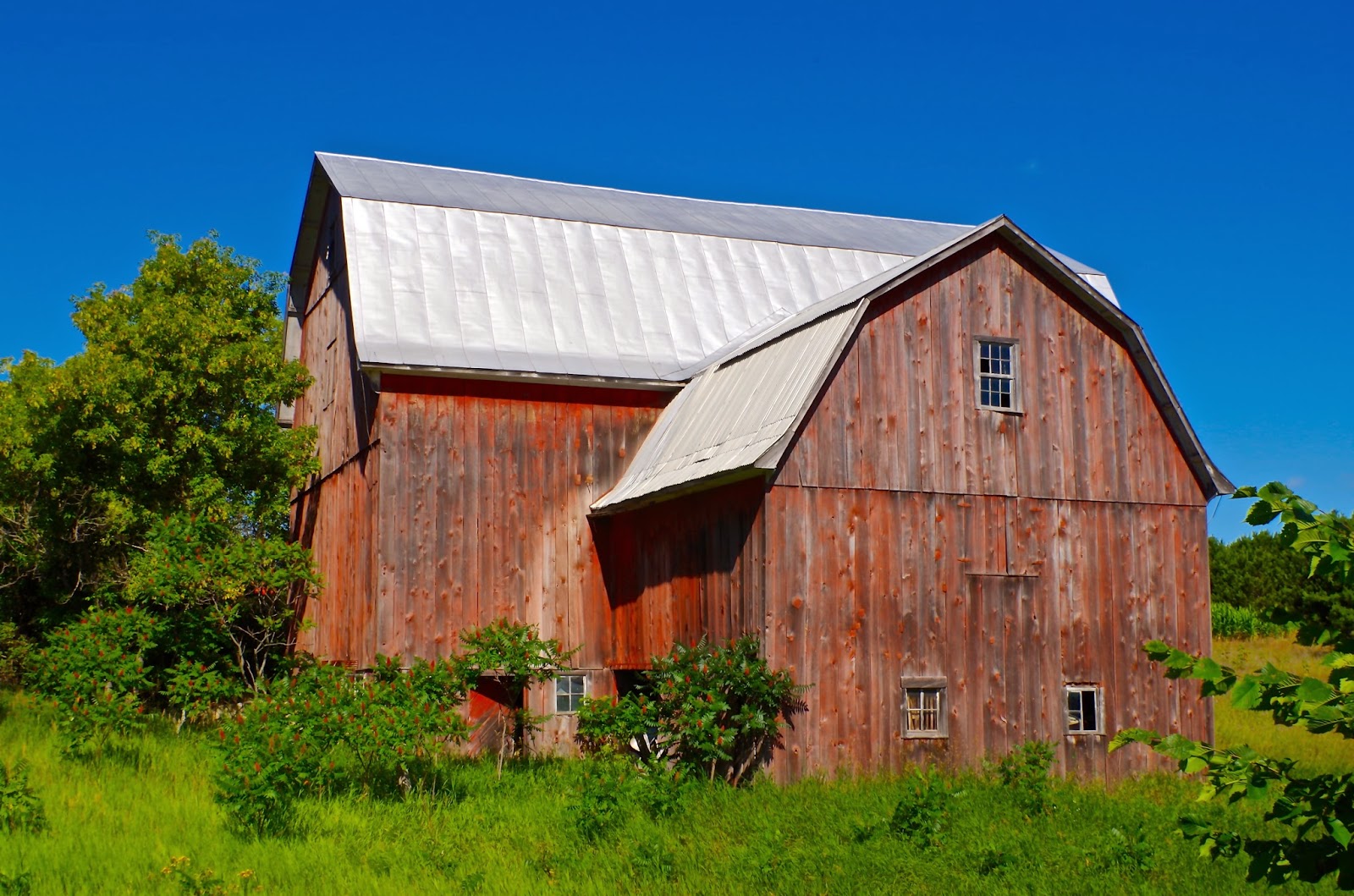 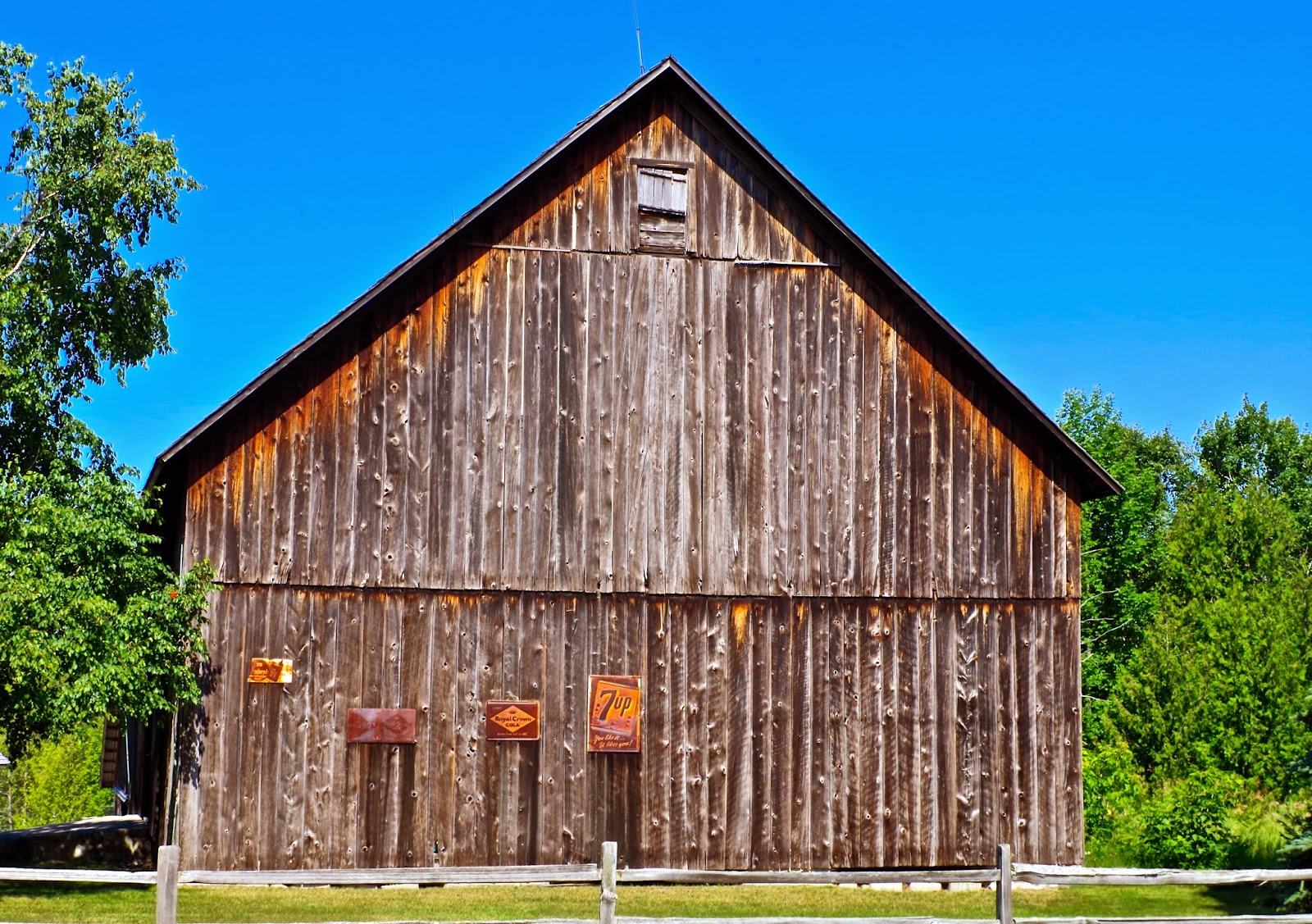 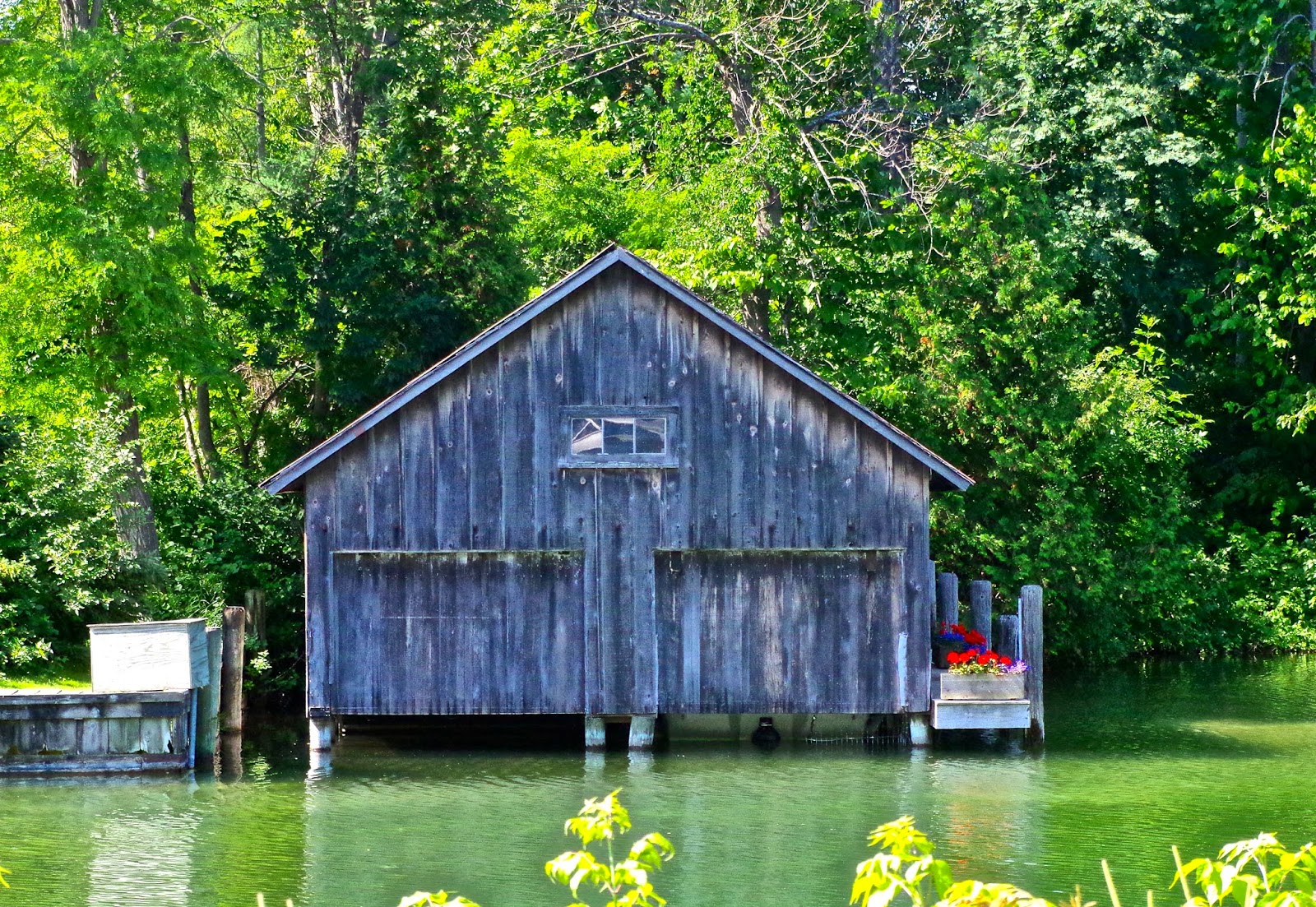 Like a number of other cities, Green Bay has created a wonderful National Railroad Museum that Jack and I spent almost a full day at.  What a collection they have gathered!  They have some "one of a kind" locomotives, such as the Dwight D  Eisenhower WWII command train and the Union Pacific 1940s "Big Boy" weighing in over 600 tons.  They even had a rare Aerotrain, something that was tried, and failed, back in the mid 50s. It was in pretty bad shape, but the model of it sure was a beauty, to bad it didn't work!  A guy by the name of Bauer collected "Drumheads", which I had never heard of before, they are "the colorful, illuminated signs hung at the rear of America's top trains.  Their mission was to help identify and promote the finest means of travel on the rails." He donated his entire collection to the museum, and what an incredible collection it was too!  In his bio, he said he wanted to collect "something different that no one else was collecting, but didn't know how big they were until after he ordered his first one and it arrived in three crates!"  Pretty funny, and it didn't seem to stop him!
I even got to fulfill a "nostalgic dream" and go aboard a tug boat!  I'm not entirely sure why, but I've always loved tug boats.  They are just so cute...something about them being so little, yet so strong - pulling those great big ships!  I've always fantasized how cool it would be to own one and just tootle along the open waters.  But, of course, I've never even been on one...until the other day!  Kewaunee WI has the 1943 WWII Tug Ludington that they have carefully restored and allow tours on board, all for the grand sum of $1 each!  She was only one of 8 tugs constructed specifically for the war and participated in the D-Day invasion of Normandy as "Major Wilbur Fr. Browder", towing ammunition barges across the English Channel.  In 1947, the tug was transferred to Kewaunee by the Corps of Engineers and renamed the Tug Ludington.  Since its arrival in Kewaunee, was the construction & maintenance of many harbors on the Great Lakes.  A conservative estimate is that the tug has hauled over 1 million tons of cargo since she's been here...a well deserved retirement, I'd say!  I was thrilled to have finally gotten the chance to see the insides of a "real workhorse"! 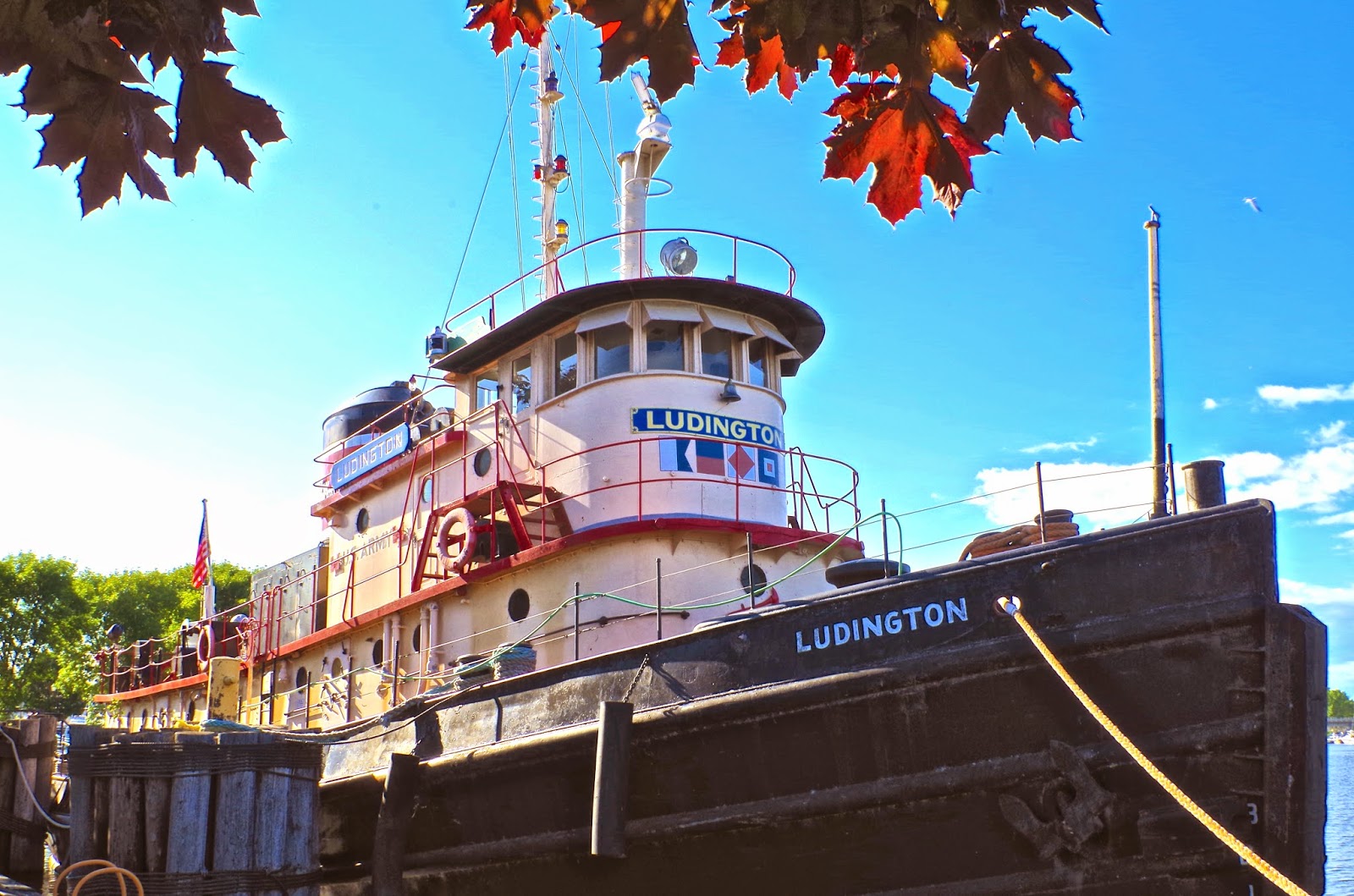 Let's hear if for all the people who keep our "nostalgia" alive!

...kicking back in Wisconsin,  Marie