Oklahoma City, so much to see and do here!  We almost didn't know where to begin.  Spreading out the armload of brochures, we decided to tackle the Downtown area first.  First stop was the Oklahoma National Memorial, which was a beautiful, touching place.  To see the fence along the street still being covered in mementos was heartwarming.  I hadn't realized that the two gates at each end had two different times on them: "These monumental twin gates frame the moment of destruction – 9:02 a.m. – and mark the formal entrances to the Memorial. The East Gate represents 9:01 a.m. on April 19, and the innocence of the city before the attack. The West Gate represents 9:03 a.m., the moment we were changed forever, and the hope that came from the horror in the moments and days following the bombing."  They make a powerful statement when you enter the area.  As you walk around, you can climb some stairs and look down on the reflecting pool and the field of empty chairs and there is a large American Elm Tree up there, they call it the Survivor Tree because it was there before the bombing and withstood the bomb blast.  It's a beautiful old tree that brings such a sense of peace and hope to this place.  We didn't go into the museum itself, I couldn't bring myself to do it, to much sadness...I said some prayers and we walked on... 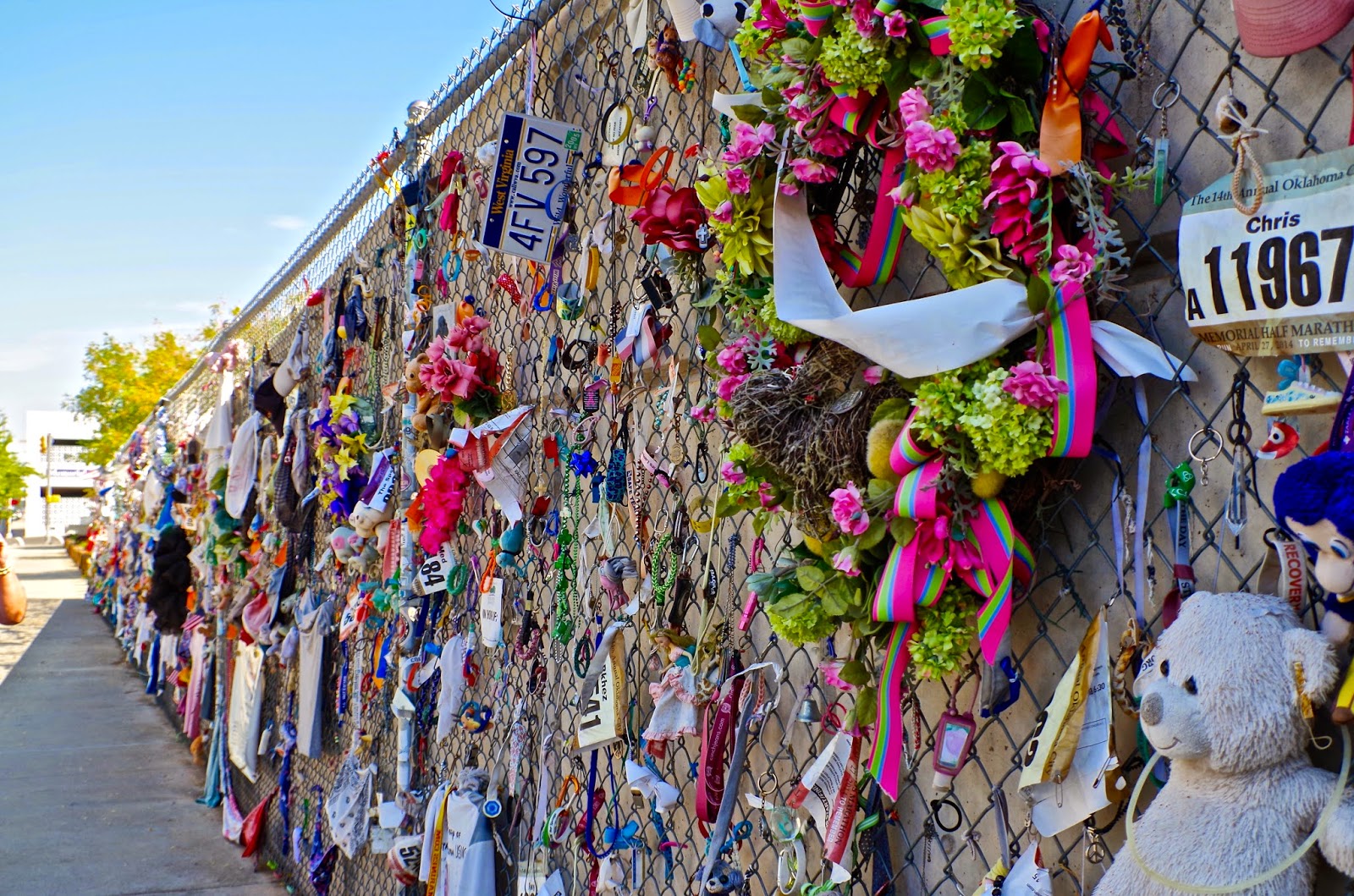 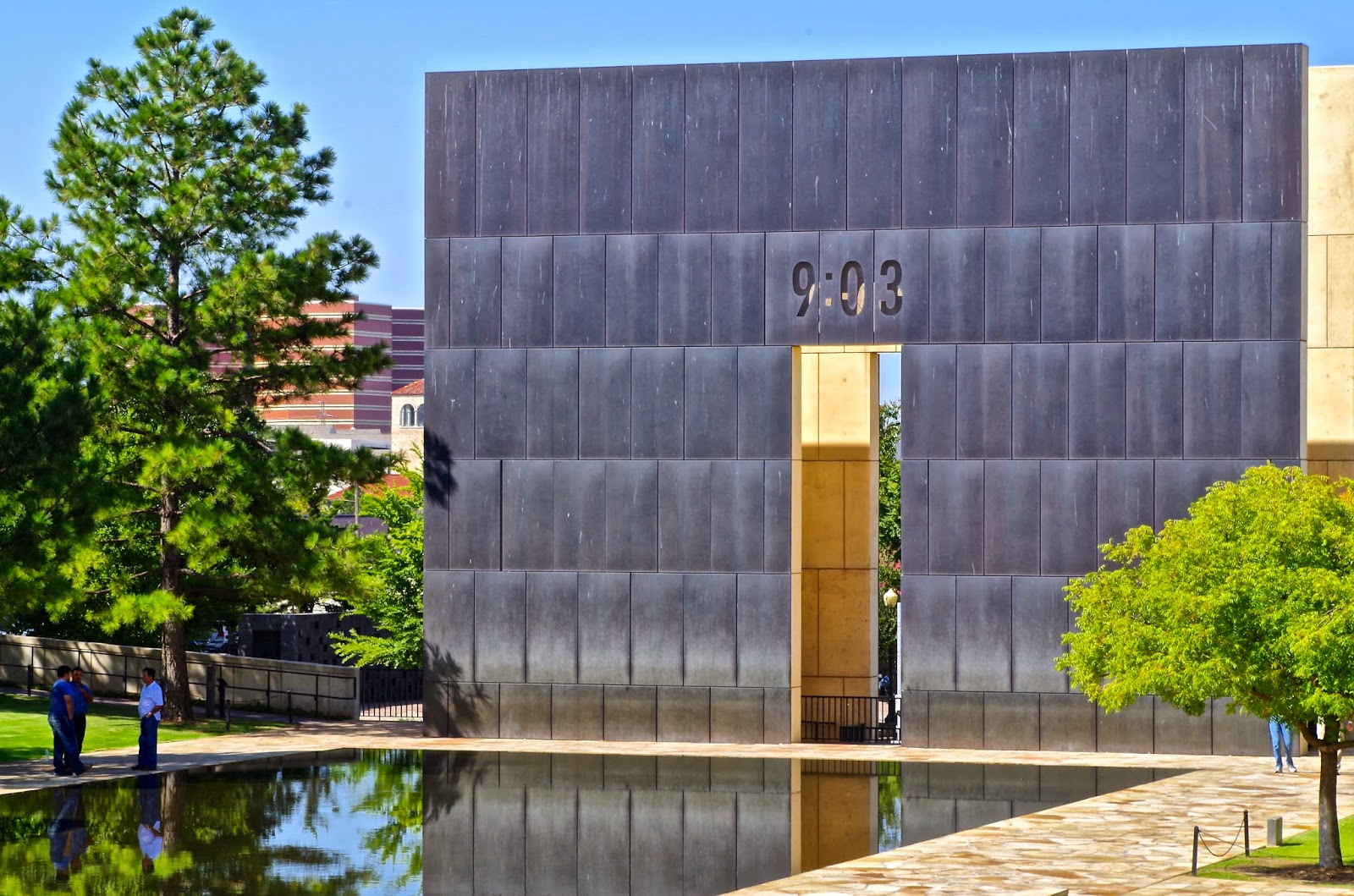 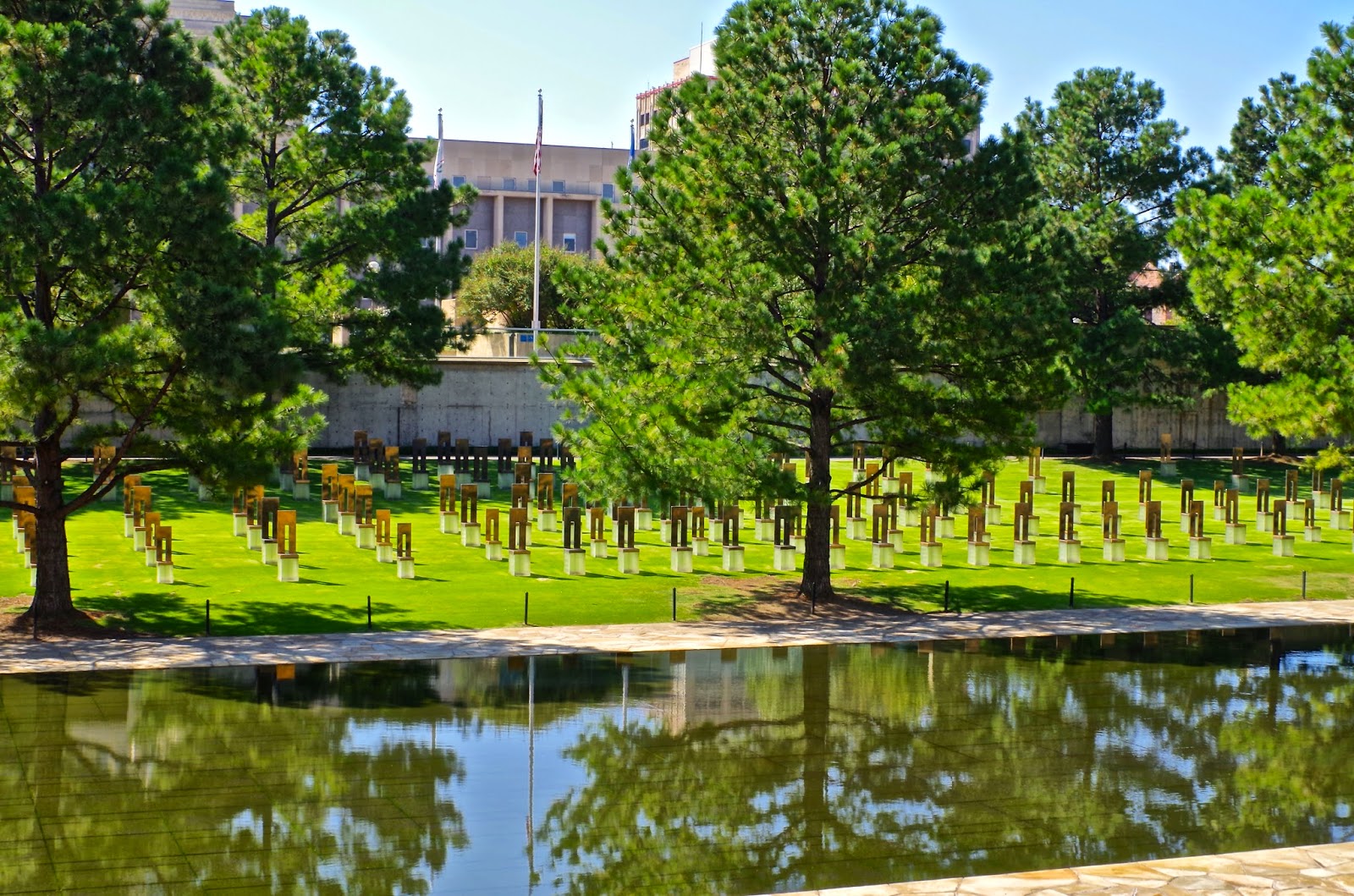 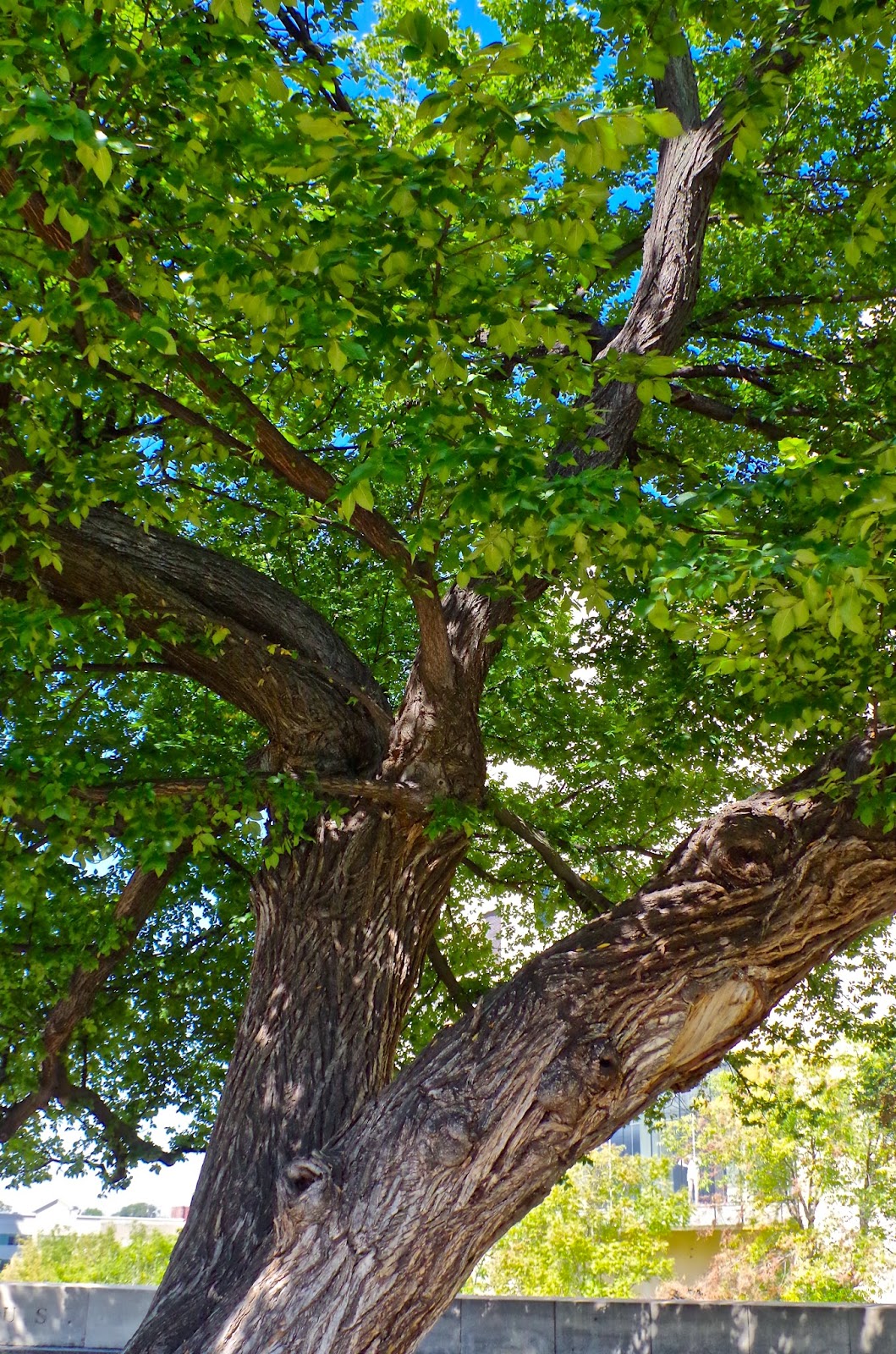 Just down the street is the Oklahoma State Capitol building...now how many Capitol buildings do you know of that have an oil rig in front of them?  This one does!  What a hoot!  It even has a name, it's "Petunia No. 1", the retired Capitol Site No 1 oil well, because drilling began in November 1941 in a flower bed.  The building is said to be the only Capitol in the world with an oil well beneath it! 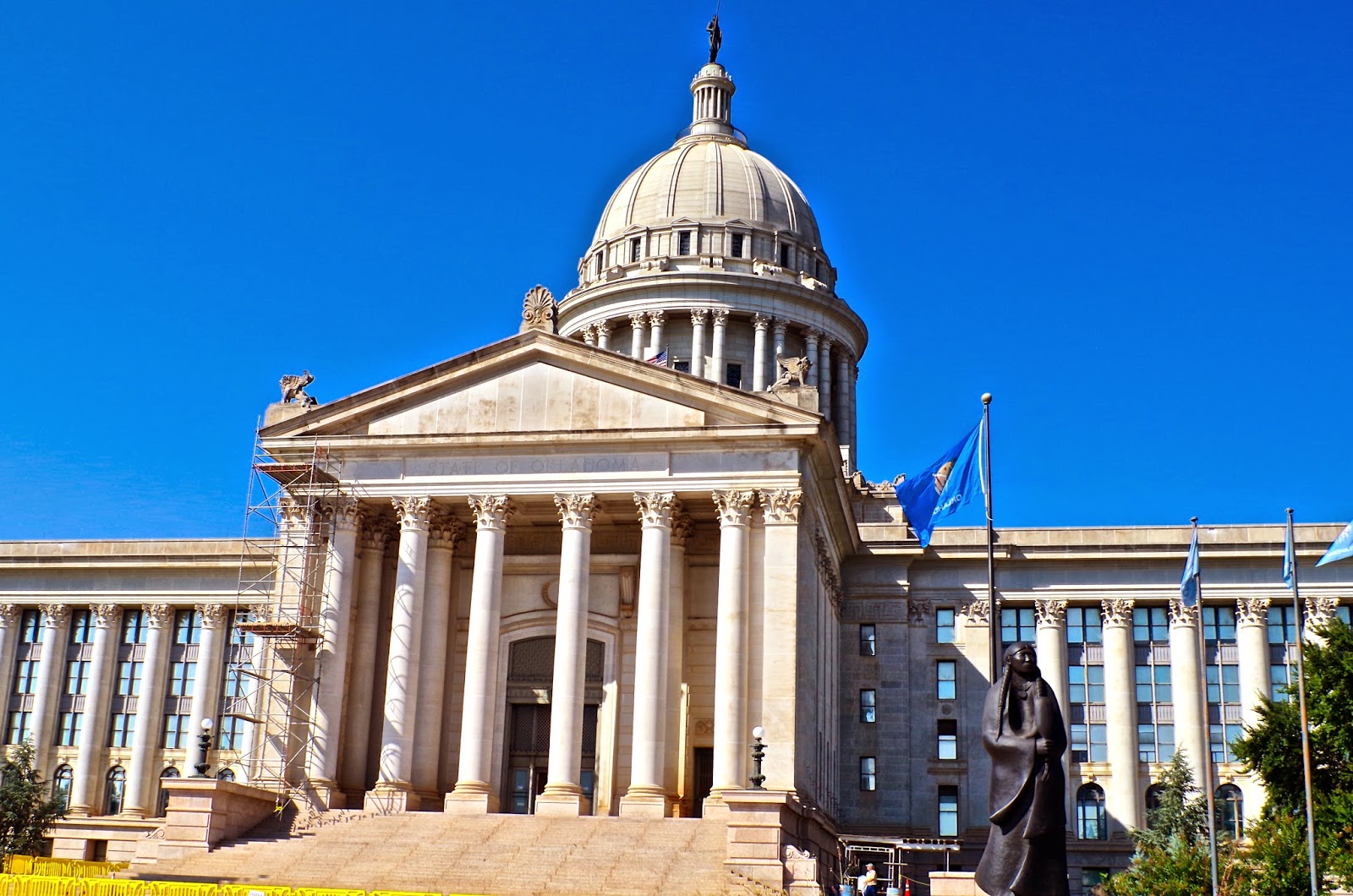 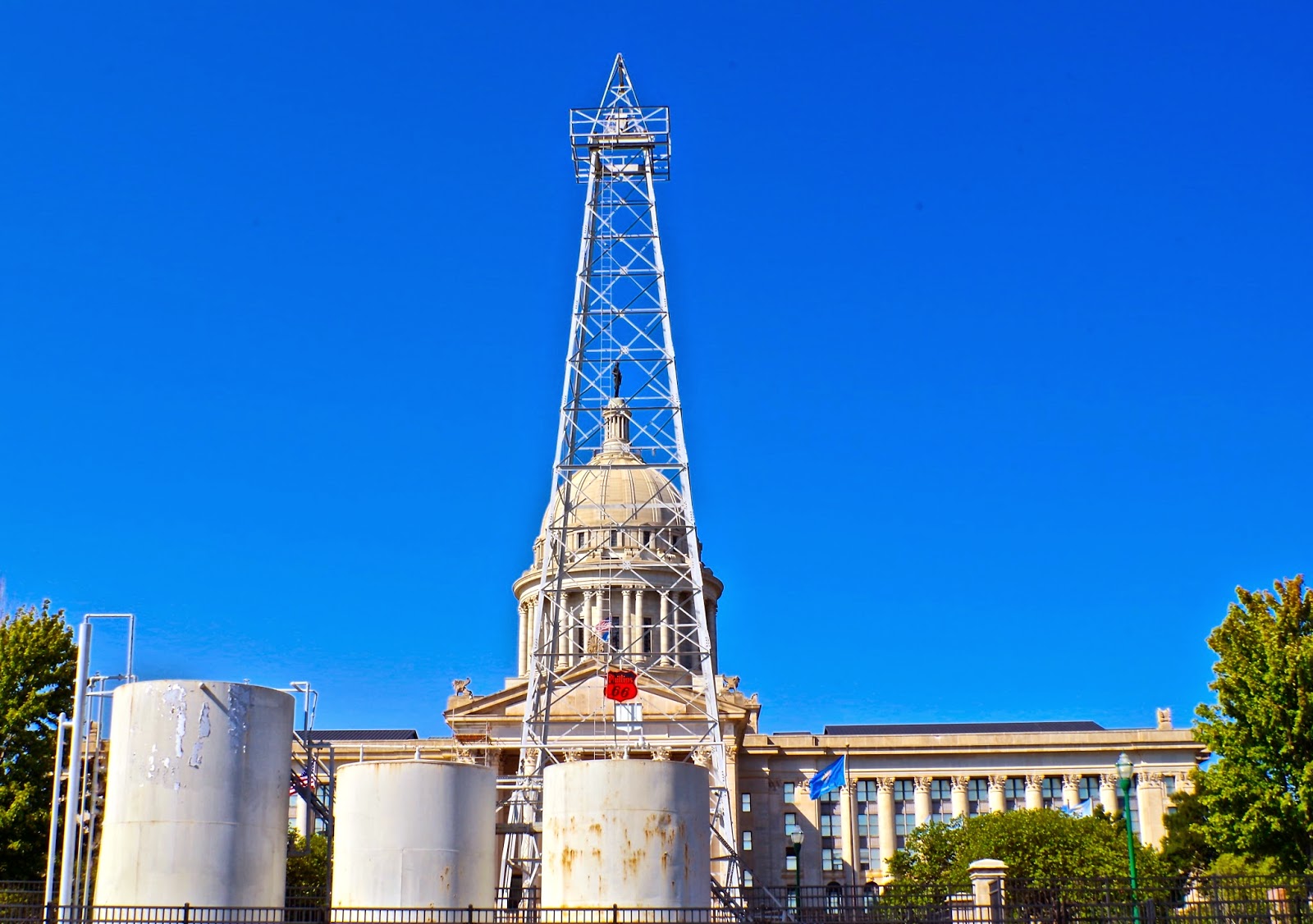 Now it was time to see some real art!  So off we went to the Oklahoma City Museum of Art.  Well, the first thing you are greeted with is their 55-foot Chihuly glass tower in the front atrium!   It was a beautiful sunny day so the sun just glistened right on it too.  They have one of the largest collections of Dale Chihuly's art we've ever seen, and we've been to his studios in Tacoma, so this was an extra treat.  Additionally, they had some lovely European and American art that we enjoyed.  Their Museum Cafe served a great lunch, and once we were fortified, we were ready to continue our trek to see more of the city! 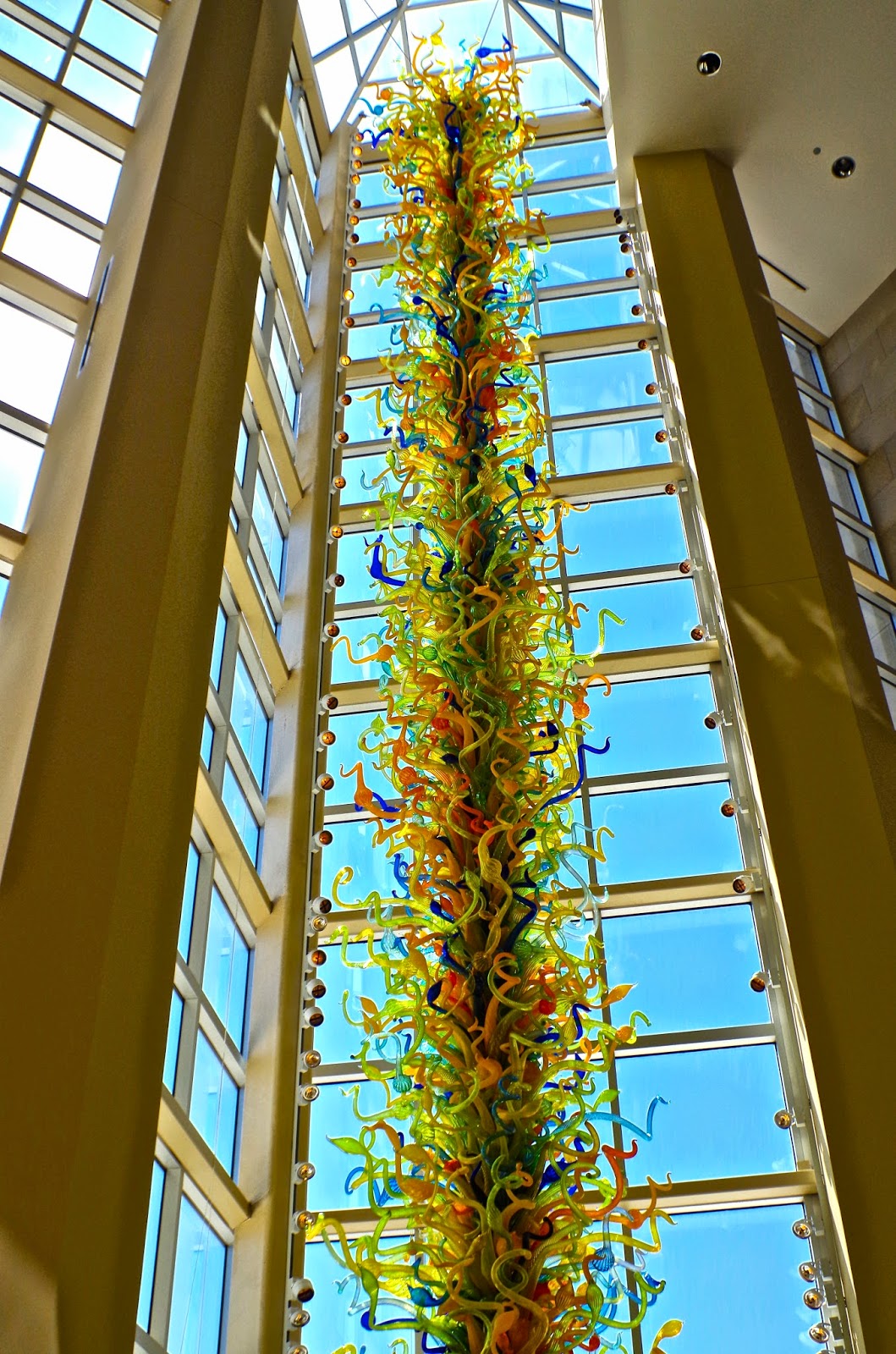 Close by was the Oklahoma State Firefighters Museum which didn't look to large, so we thought we could just fit it in before our energy gave up on us for the day.  I loved the "his & hers" fire hydrants outside before you entered, cute.  Inside they had a nice collection of antique fire apparatuses, tools and machinery used since 1736.  The coolest thing was the reconstruction of the first fire station in Oklahoma, first built back in 1869. 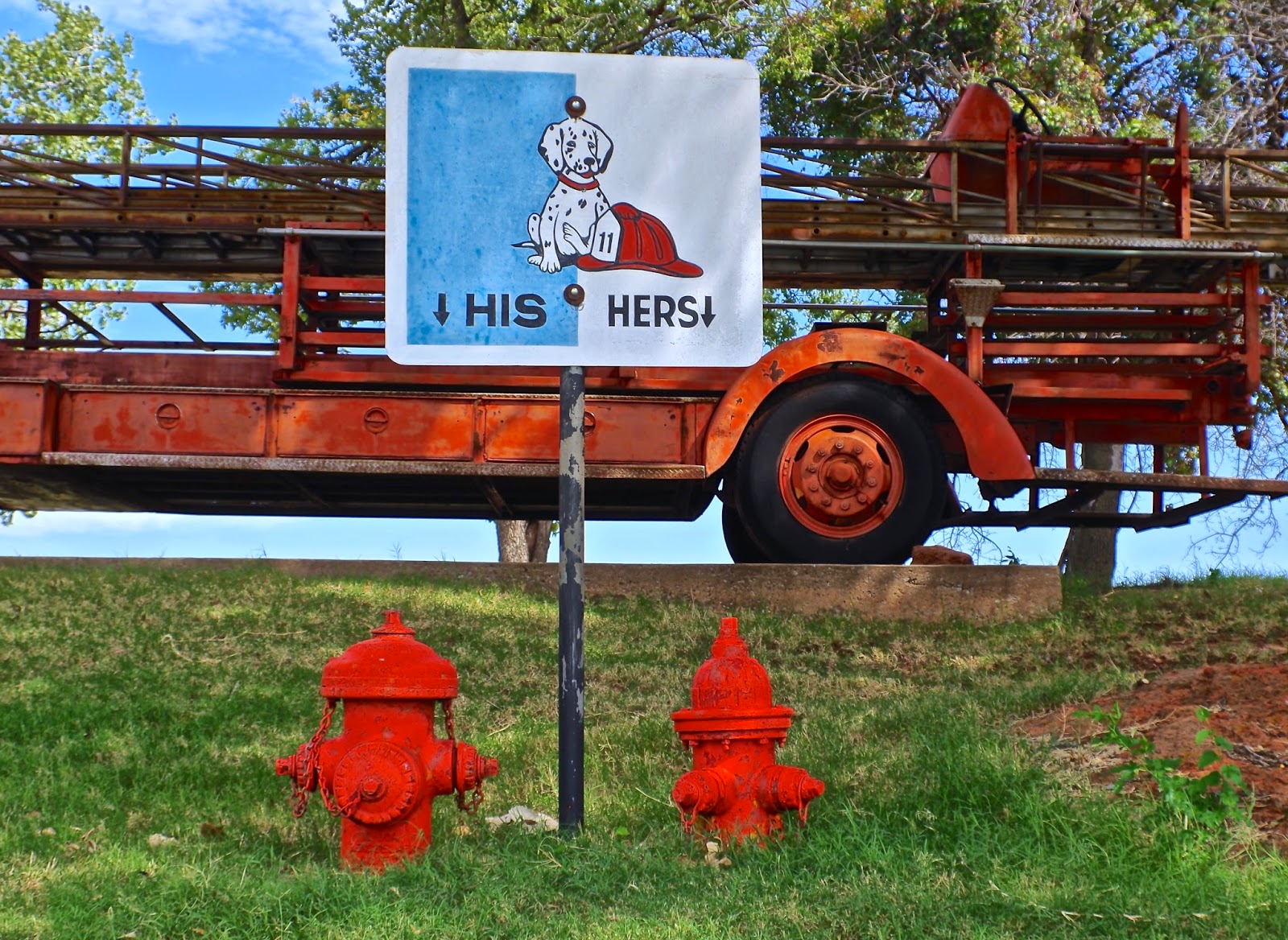 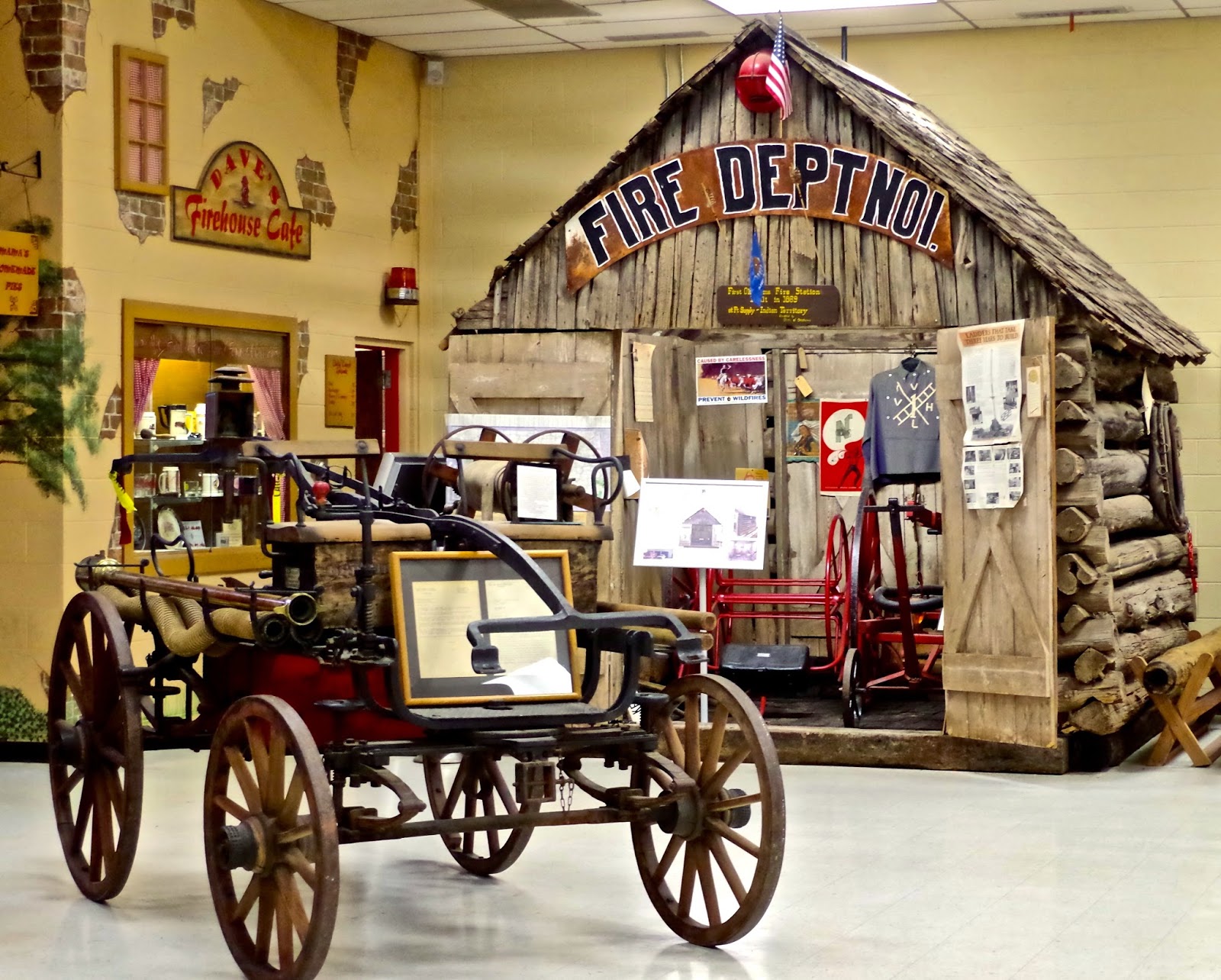 Phew, that was one full day, and still so much to see in this great city!

...kicking back in Oklahoma City,  Marie