We decided to leave the rig and take a couple of days and visit Santa Fe, Taos and even do the Enchanted Circle" loop that took us around Wheeler Peak.  We watched the weather, and found a "break" in the rain, and went for it!  We lucked out, a couple of beautiful, sunny clear days...lucky us!

First up, was Santa Fe.  Jack and I had been here before, but many years ago, so we decided to "start fresh" and get a visitor's map!  We began at the State Capitol building.  One of my goals, since we've been traveling, is to check out the various state's capitols.  I find them fascinating...how different they each are.  Anyway, that done, we ventured on to the Plaza, because that is where "everything" stems out from.  Just as we remembered it, there were the Native Americans selling their art at the Palace of the Governors, the beautiful Cathedral Basilica of St Francis of Assisi, Chili Peppers at the Plaza, and of course all the wonderful shops! 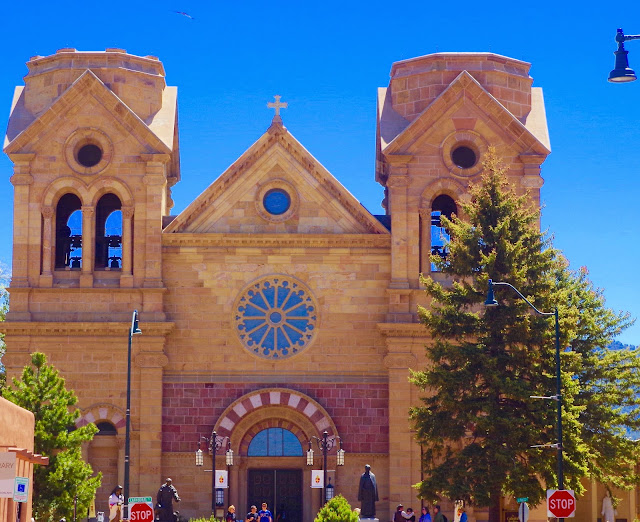 This time we did discovered a few more new places though, like the Oldest House in Santa Fe (1646) and the Oldest Church (1610), along with the lovely Canyon Road.  Canyon Road started out to be a residential neighborhood with houses built in the Pueblo Revival style, over time artists were drawn to its beauty and began to create a subculture of artist-run studios and galleries and now, almost all of the buildings are used as such.  With my love of "doors and windows" I was in heaven with my camera!  What a lovely couple of blocks! 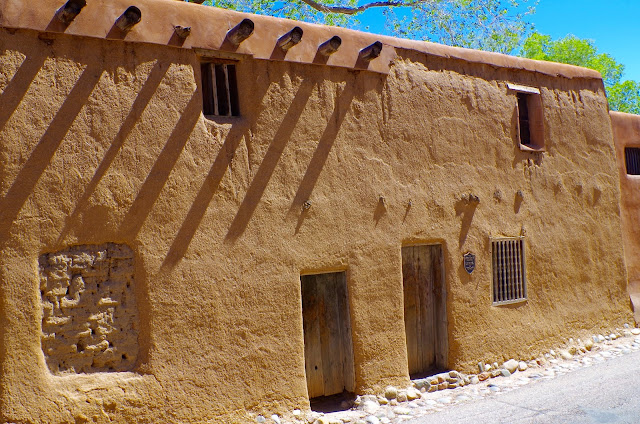 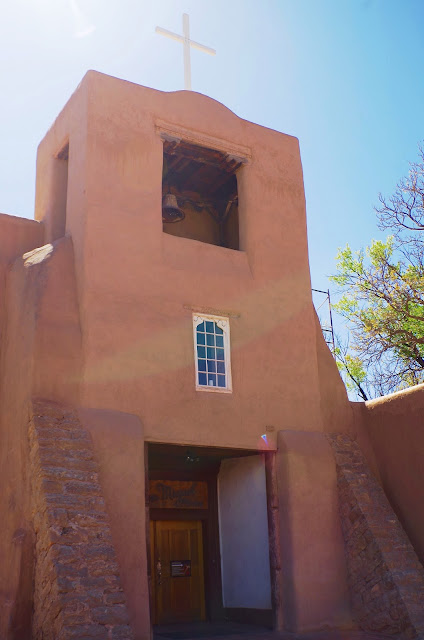 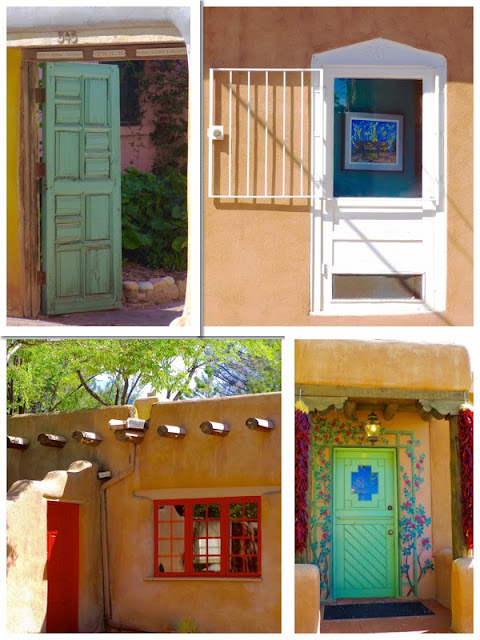 Our next adventure took us to Taos.  This was a town that I had visited with one of my son's and his family about nine years ago and had always wanted to come back to with Jack.  My memories of it were so fond and full of beauty, I could hardly wait and I was excited that we were going to be spending the night in a lovely B&B as well.  How special!

You know the old saying "you never can go home again"?  Hmm, I think I know what that means now...Taos just wasn't the same.  Not as colorful or as vibrant as I remembered it, or maybe that it's that it's nine years later...I don't know.  We walked around the Plaza, around the shops, saw some of the same things, missed a couple that were no longer there.  We drove over to see the San Francisco de Asis Church which is beautiful, inside and out.  You are not "allowed" to take pictures of the inside, so I didn't, but I found a couple on the Internet, so I will show them to you you because the alter (painted on wood) is really beautiful (the pictures don't do them justice tho). 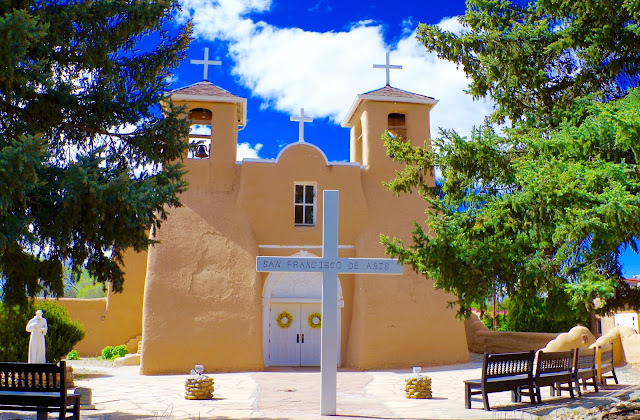 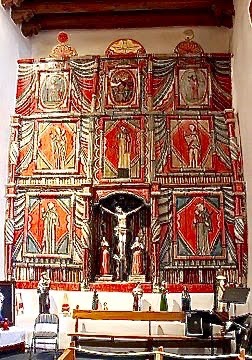 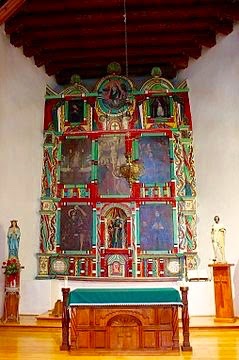 Our B&B (Inn on the Rio) was lovely, and Jules was a gracious hostess.  She and her friends painted all around the doorways and windows inside and out - made it so charming! 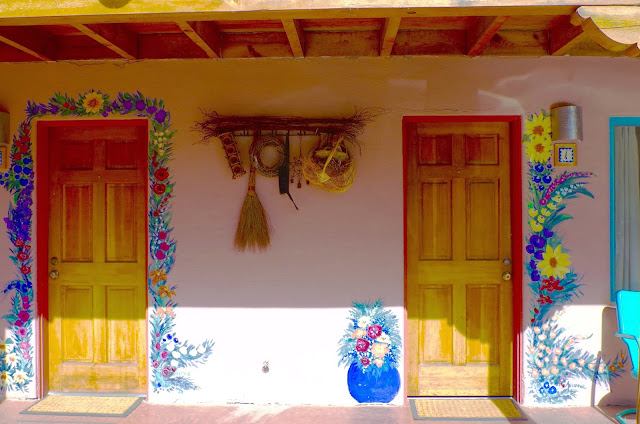 The next morning we drove out to see the Rio Grande Gorge Bridge which is 650' above the gorge!  What a great sight.  It was a beautiful sunny day, so the view was spectacular.  We walked out to the middle of the bridge and got some great pictures.  Fun stop! 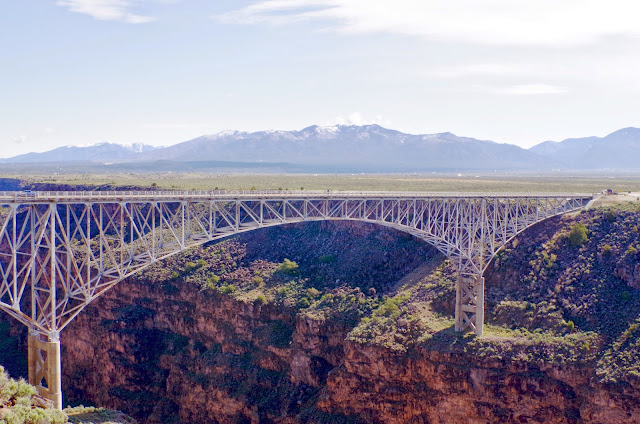 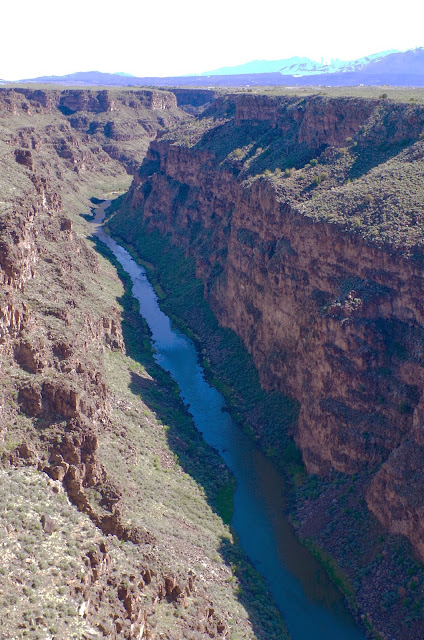 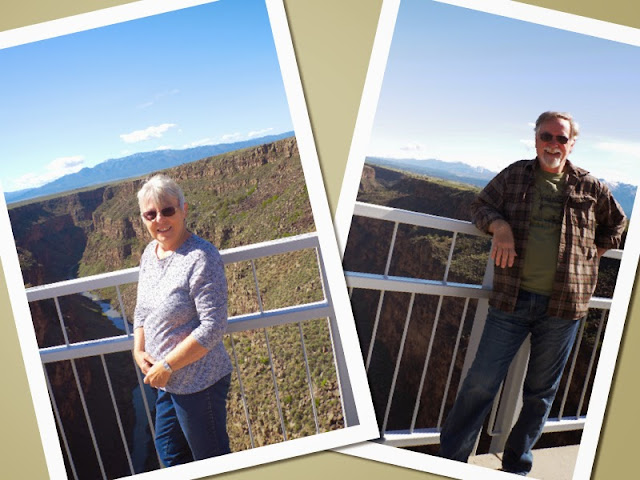 From there we spent the rest of morning driving what is called the "Enchanted Circle Byway".  It's a loop around Wheeler Peak that connects the small towns of Questa, Red River, Eagle Nest and Angel Fire.  Just prior to starting the loop, we did a short drive out towards Taos Ski Valley on I-150 that was a really beautiful "oops" because it followed the Rio Hondo River all along the side of the road.   Back on the loop, it was very scenic and it only took a few hours then we were on our way back "home" again. 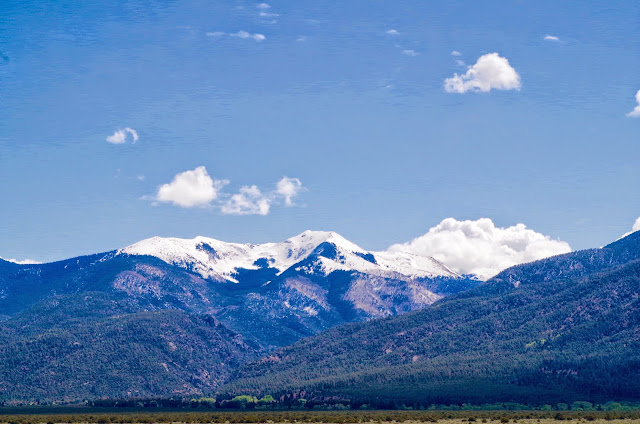 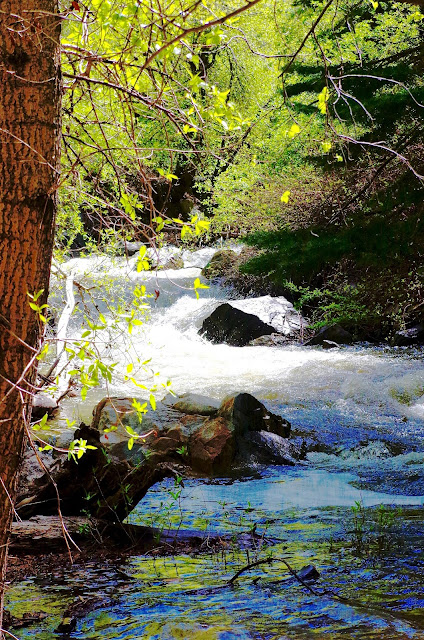 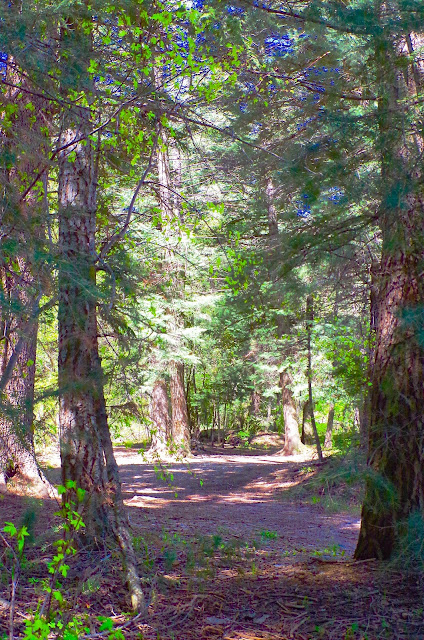 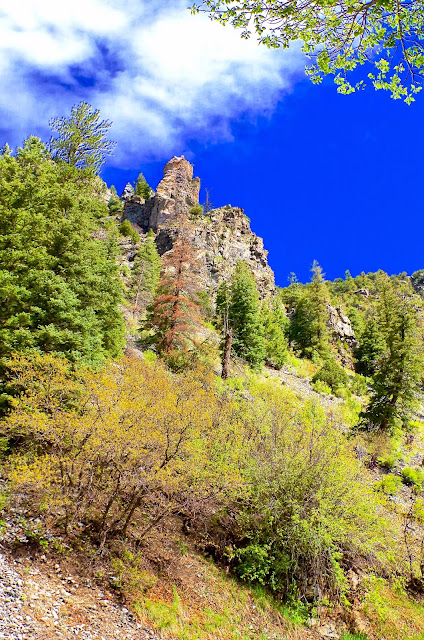 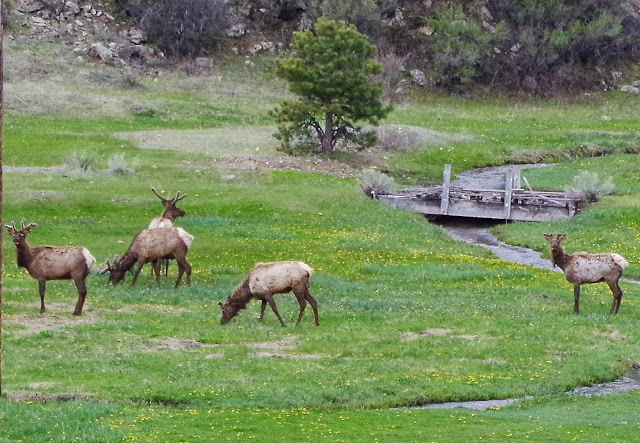 All in all, a lovely road trip!