The Peaks and Valleys around Albuquerque New Mexico

We've been spending the last two weeks exploring the area around Albuquerque New Mexico, checking out some of it's "Peaks and Valleys".

The "Peaks", was the Sandia Peak at 10,378 feet, via the Aerial Tram!  What a great 15 minute ride it was too.  One of the smoothest we've ever been on, and we've had the pleasure of taking several over the years (they say it's the longest in the world, at 2.7 miles).  We lucked out and had a beautiful clear sunny day, even at the top it wasn't bad, and only had small patches of snow left here and there.  They had wonderful decks laid out all around giving you great views of the city below.  The High Finance turned out to be a lovely restaurant with large windows and a great menu providing a nice lunch stop for us before we made our way back down.  Sure beat hiking all the way for these two old codgers! 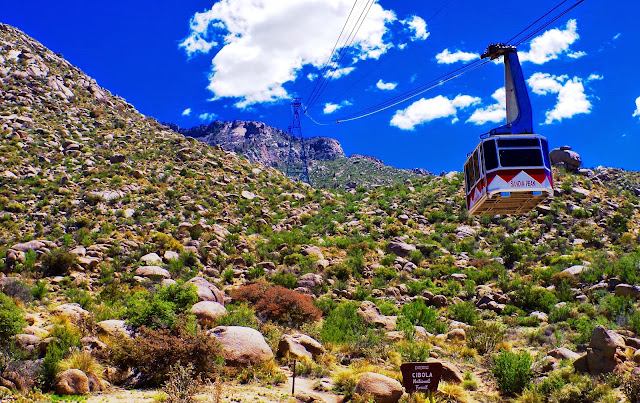 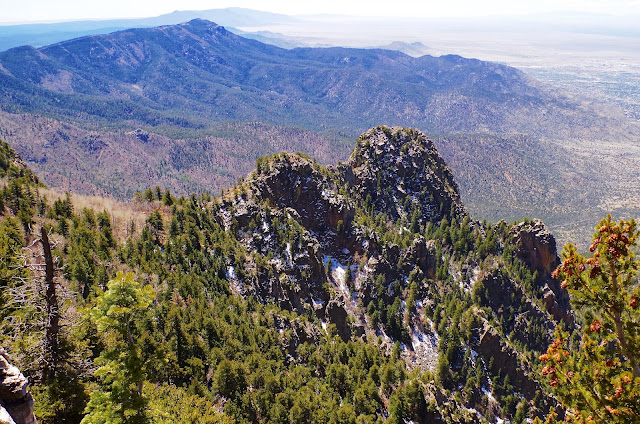 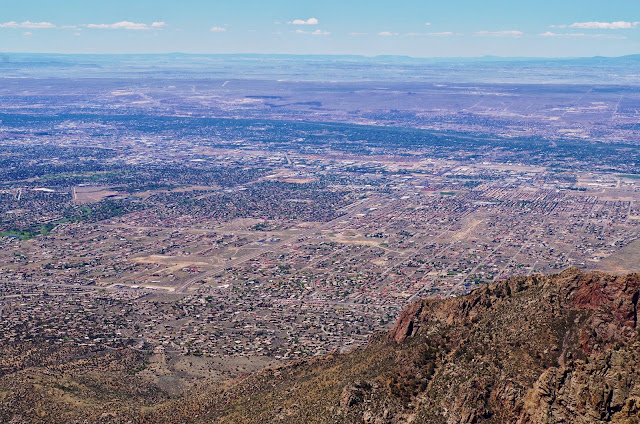 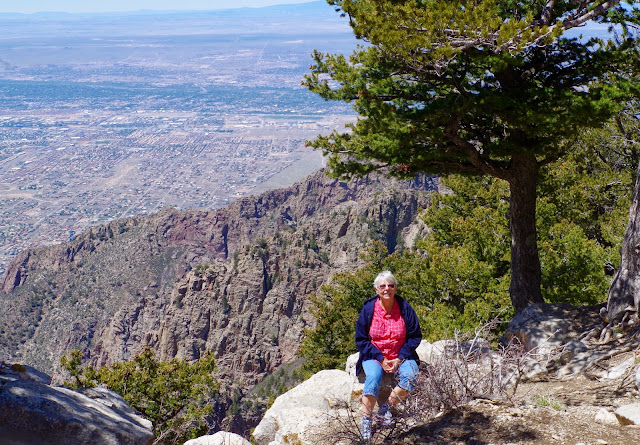 We did manage to get a mild hike in though when we went to see the Kasha-Katuwe Tent Rocks National Monument.  "Kasha-Katuwe" means "white cliffs" in the traditional Keresan language of the Cochiti pueblo.  Even though the elevation of national monument ranges from 5570 feet to 6760 feet, you still feel like you are walking along a "valley" of sand.  The cone-shaped tent rock formations are the products of volcanic eruptions that occurred 6-7 million years ago and left pumice, ash and tuff deposits over 1000 feet thick.  Jack and I thought they looked like a giant child had played in the wet sand and hand made wet, dribbled "cones" (like he had as a child at the beach).  They looked so "soft" from a distance, but when you got up close, they felt like someone had "preserved" them with spray glue, they were that hard.  Fascinating.  We hiked up to what they called the "Cave Loop" trail, that, in my opinion, turned out to be not much more than a big hole in the rock, but one person's "cave" is another's "hole" I guess.  I thought it would be bigger, is all.  Oh well...nice hike tho... 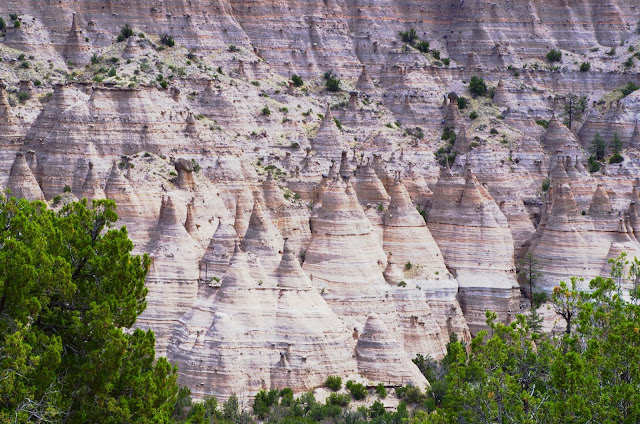 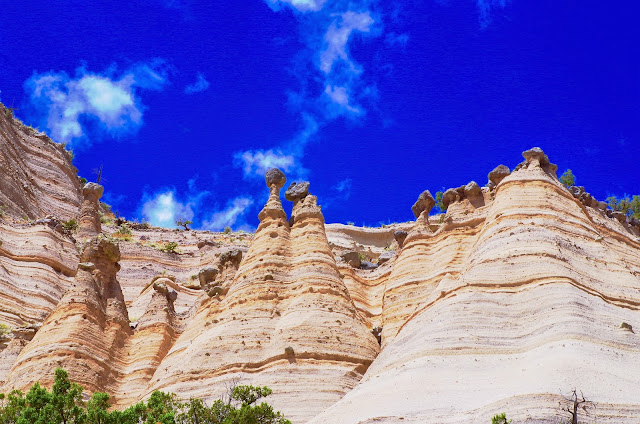 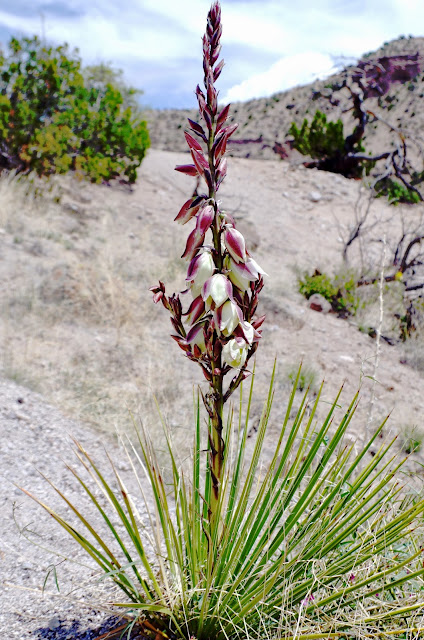 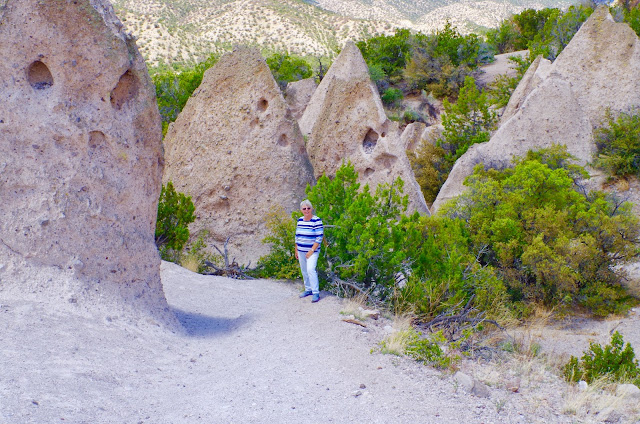 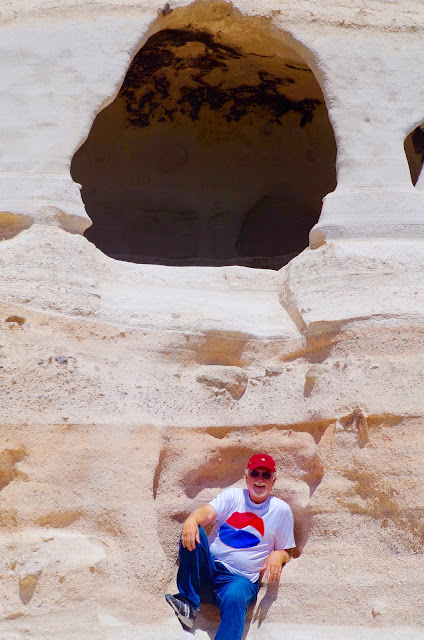