One thing New Mexico has a lot of, is ancient ruins...They really do a great job of preserving them and reconstructing them as much as possible.  One such area is the Aztec Ruins National Monument outside of Farmington on I 550.  It's a 900 year old ancestral Pueblo Great House of over 400 masonry rooms.  They did an outstanding job in reconstructing the Great Kiva, showing you how huge it must have been!  It always amazes me how well things were made, from clothing to houses, all done by hand with simple stone & wooden tools.  Plus, they had to spend their days catching and preparing their meals and caring for their families...when did they have time to sleep?

Many of the materials that they used, much of the wood and even some of stones, were brought from many miles away (some as far as 50 miles) because they wanted specific kinds.  They used them in doorways, as roofing material, ladders, special T shaped doorways, etc.  They have lasted these 900 plus years.  They also used, in certain areas only, rows of "green" bricks.  No one knows why though.

The day we visited, it happened to be "Earth Day" (who knew?  We never pay attention to the calendar) so admission was not only free, but there were all kinds of activities going on, including the local tribe doing dancing demonstrations for us!

It was a beautiful day, filled with lots of sunshine and fun.  A great day to tread through the past... 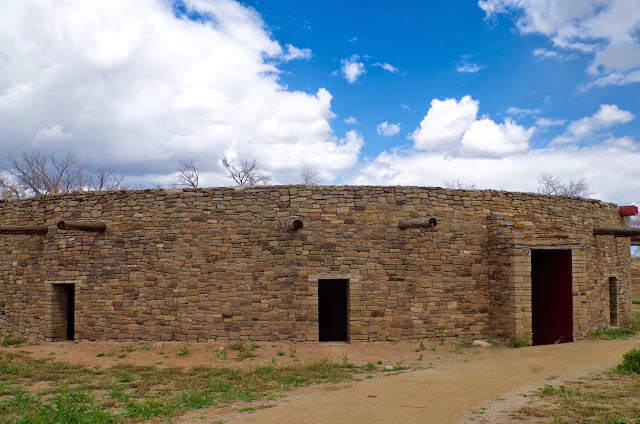 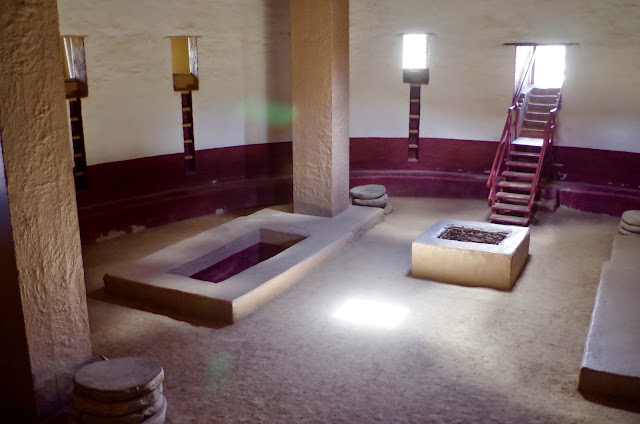 Inside the Great Kiva 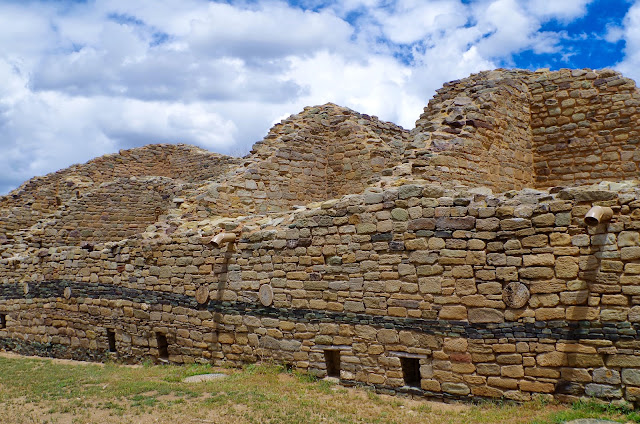 Two bands of green sandstone run along a West Ruin wall. Their purpose is a mystery 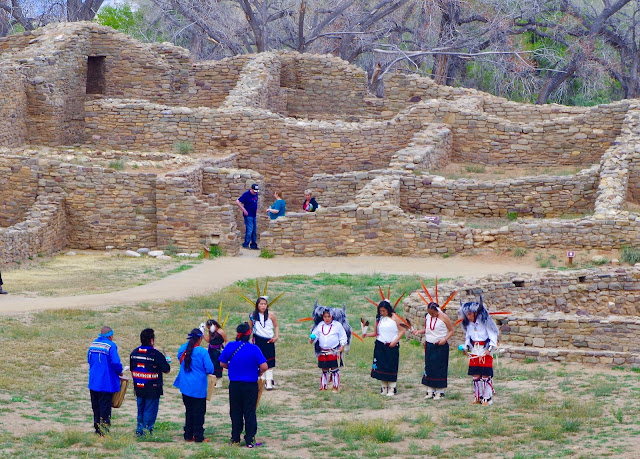 A couple of days later, after we had a chance to settle into our campground in Bernalillo, we took a drive through Jemez Valley and ran across another stone ruins, Jemez State Monument, San Jose de los Jemez.  These ruins of a 500 year old Indian village and the San José de los Jemez church dating to 1621. The village of Giusewa was built in the narrow San Diego Canyon by the ancestors of the present-day people of Jemez (Walatowa) Pueblo. The name Giusewa refers to the natural springs in the area.

In the 17th century, the Spanish established a Catholic mission at the village. The mission was short-lived, and, in time, the people abandoned the site and moved to the current location of Jemez Pueblo. The massive stonewalls were constructed about the same time the Pilgrims landed at Plymouth Rock. The heritage center contains exhibitions that tell the story of the site through the words of the Jemez people. They are still in the process of building the trail & monument, so don't charge (but accept a donation) a fee.

The Nave is really impressive because it is so tall!  They give you a booklet that shows you what it would have looked like (amazing).  Again, such an undertaking to build something so big, in the middle of nowhere, out of mud and stone and wood...by hand.  I admire the dedication these people had. 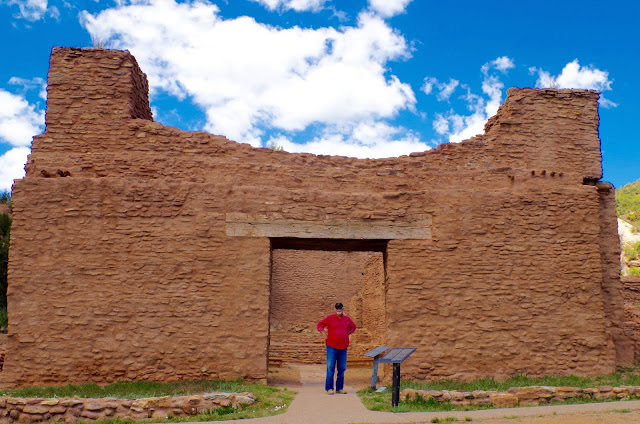 Jack in front of the church 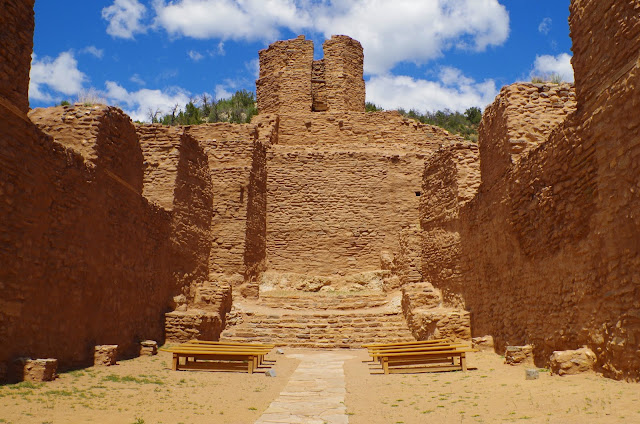 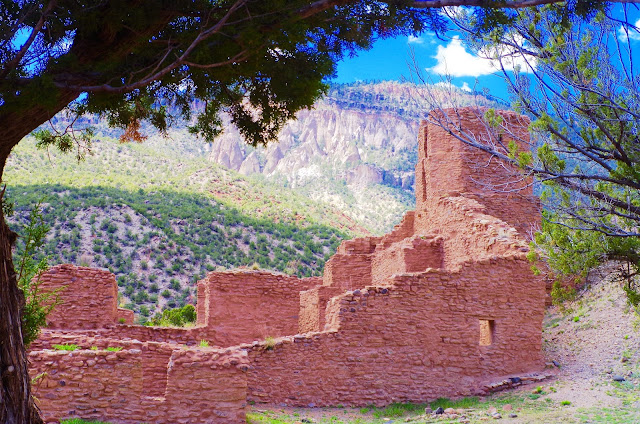 Side view, showing the Bell Tower 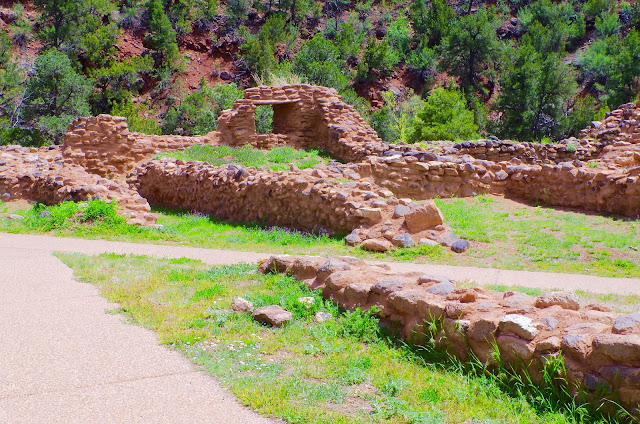